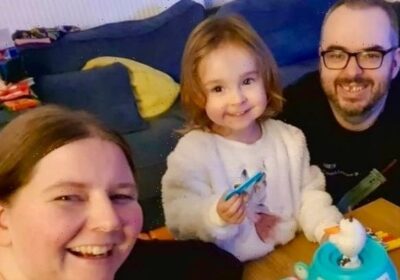 A MUM has had to fork out £400 a month for child care – for her daughter to only attend nursery twice a week.

Sam Ball, a nursery nurse, and her fiance Glen Fosbrook, who's a sales executive both have to work to ensure they can meet the ridiculous nursery fees for their three-year-old daughter Heidi. 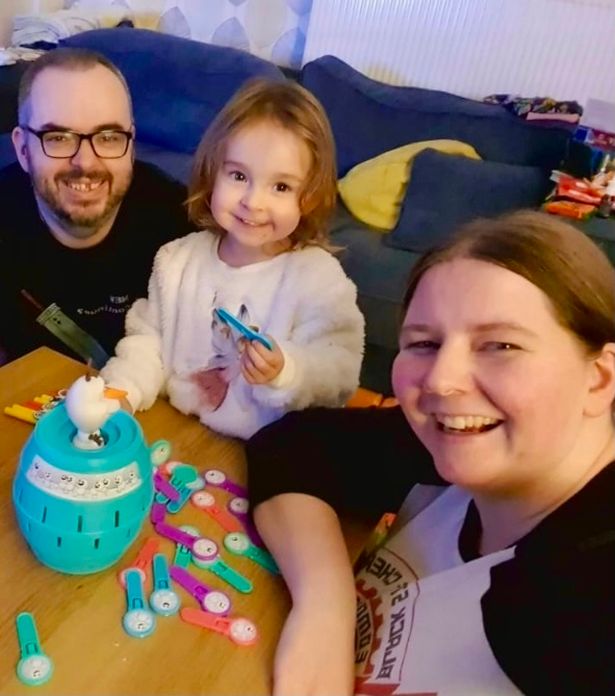 Although they both work full time, the couple from Tameside, Manchester, receive £100 in support from the government tax free childcare scheme – covering only two nursery visits a month.

Sam argues she would have left her job already if there were better mechanisms in place for return-to-work mums.

She said: "I just honestly couldn't bring myself not to work, I love it, but the issue I have come across, since having my daughter, is that childcare fees are extortionate.

"I work in a nursery and my daughter attends there two days a week, I don't get any discount from my employer and unfortunately love my job too much to find a setting closer to home as I don't think it would be replicated."

Sam says she doesn't receive discount for child care from her employer despite working as a nurse at her daughter's nursery.

The couple expressed difficulty in claiming Universal Credit as Glen gets paid weekly – meaning they might not get any support and could even end up worse off.

Sam calculated that if she were to become a stay at home mum, she would have only 15 free hours from the moment her daughter turned two.

Despite facing calls from friends to quit and recalling days wanting to walk out, Sam argues she shouldn't have to give up her career or time with her daughter to be better off than paying the nursery fees.

One-third of parents in the recent survey said they paid more for childcare than their rent or mortgage, rising to 38% for those in full-time work and single parents, and to 47% of respondents from a black ethnic background.

A Department for Education spokesperson said: "We’ve made an unprecedented investment in childcare over the past decade and have spent over £3.5 billion in each of the past three years on our early education entitlements.

"All children aged three and four can access 15 hours of free childcare a week, as well as two-year-olds from lower income families, and we have doubled this for three and four-year-olds in families where parents work, saving them up to £5,000 a year.

“We have introduced tax-free childcare and through Universal Credit parents can claim back up to 85 per cent of their childcare costs and our expanded Holiday Activities and Food programme will run in every part of the country this year over the summer and Christmas holidays.”