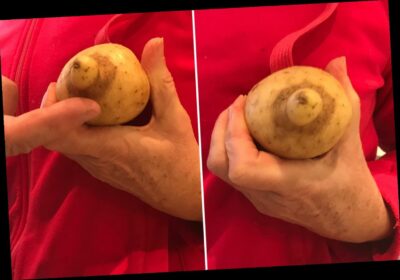 Preview(opens in a new tab)

A MUM had a good giggle while cooking as she discovered a potato which looked just like a boob.

Penny Birch, 63, was preparing a winter stew when she spotted the surprising vegetable. 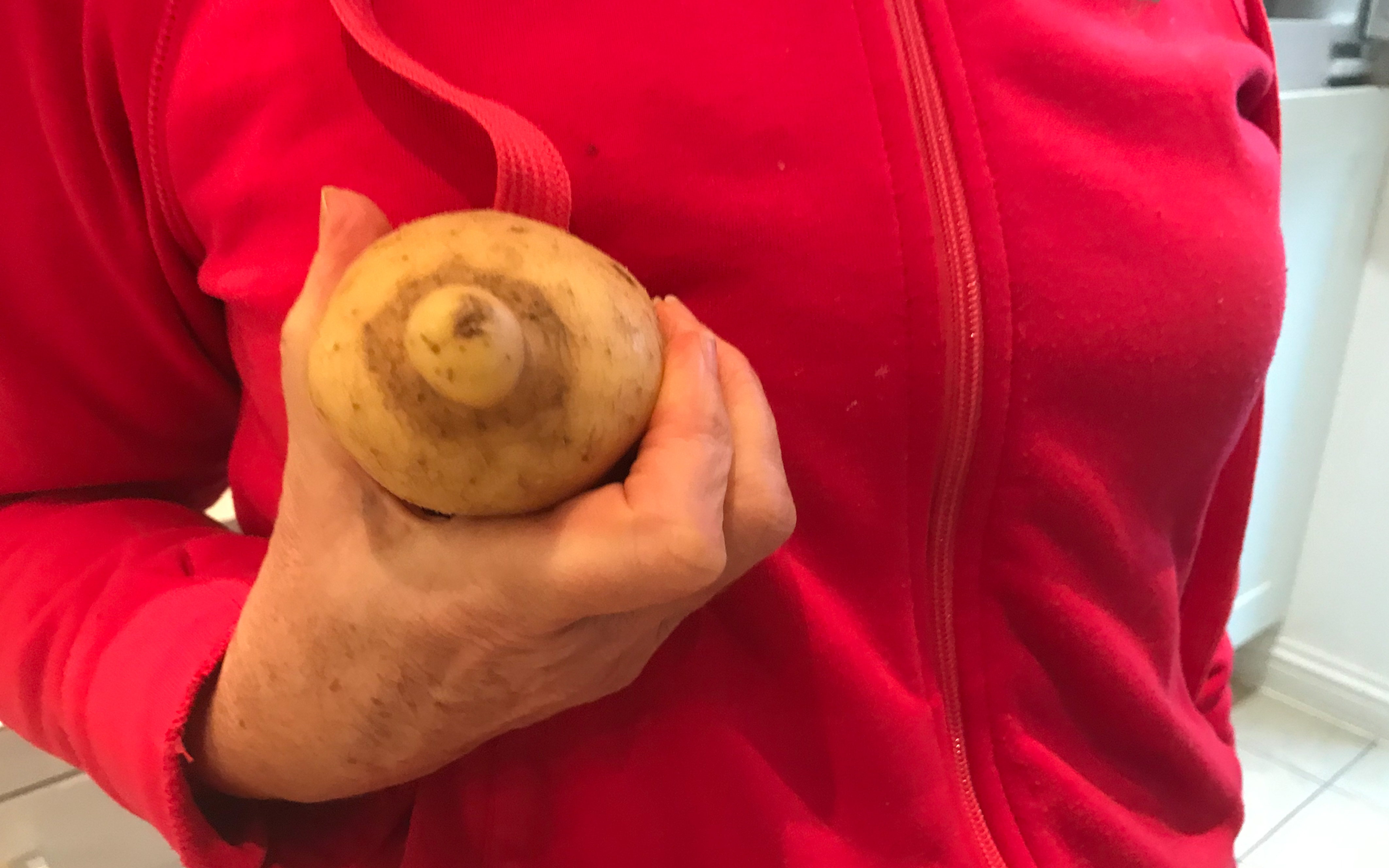 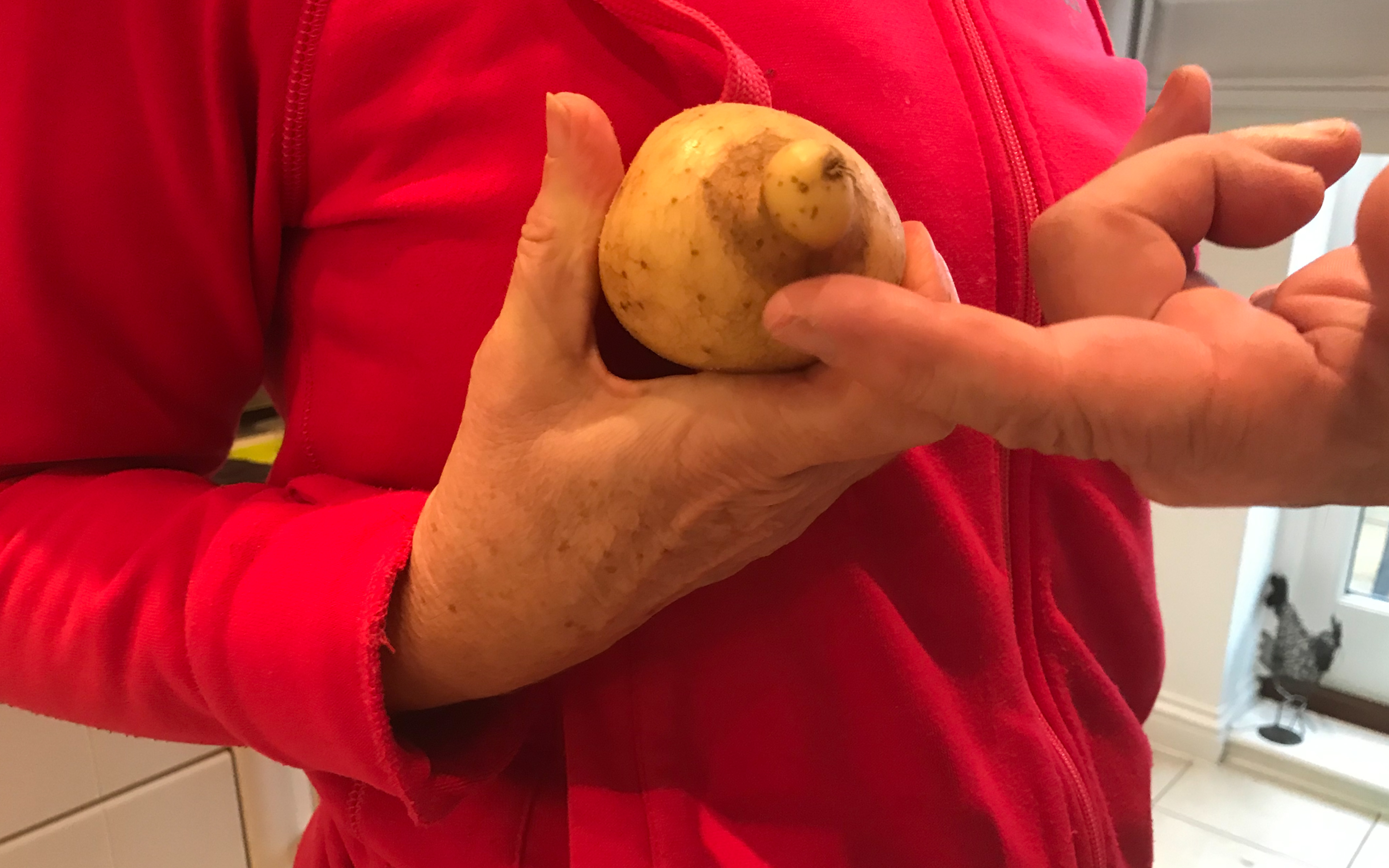 She said: “I couldn’t stop laughing.

“It was such a strange shape but very funny.

“My partner and I were laughing and joking about with it." 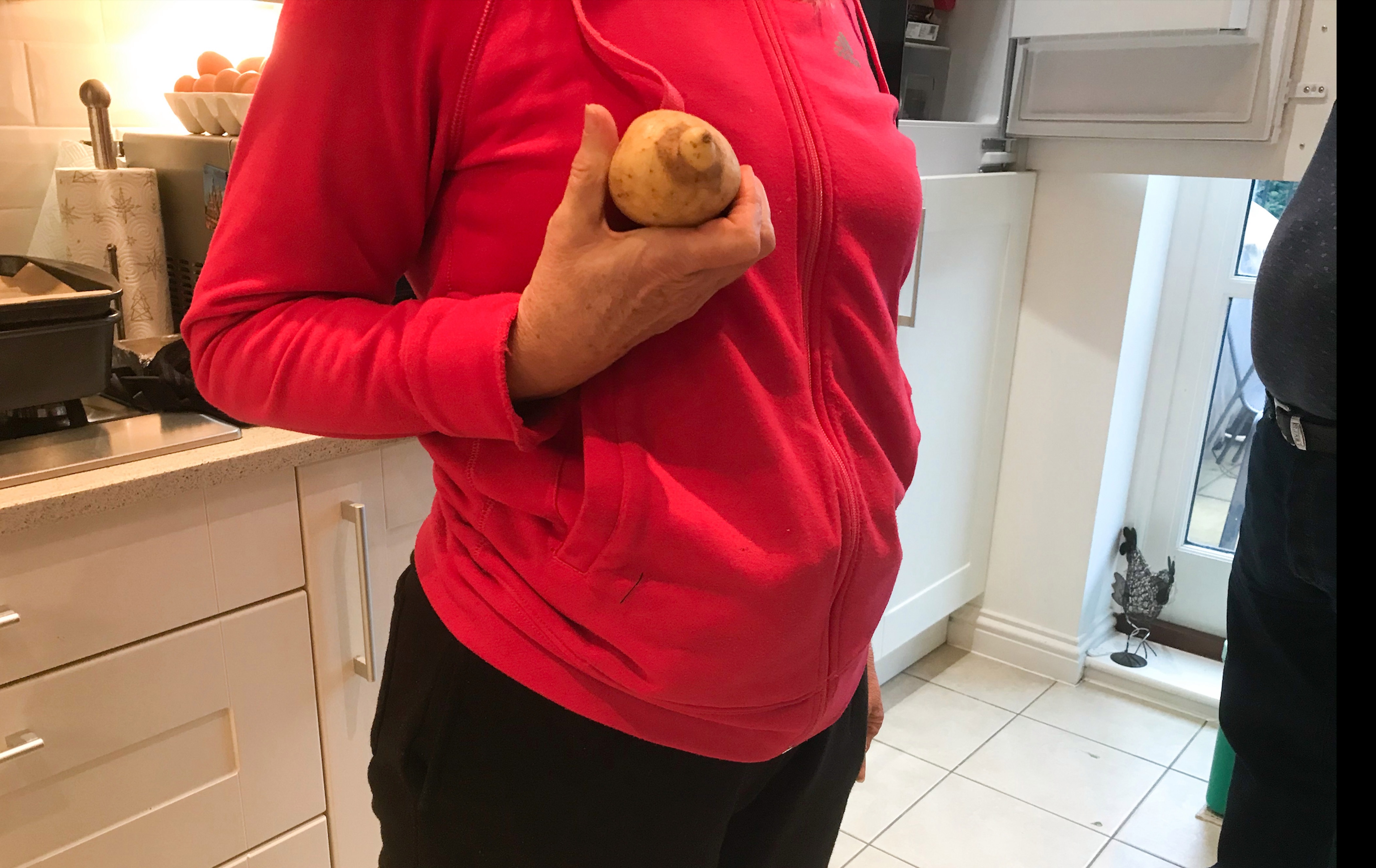 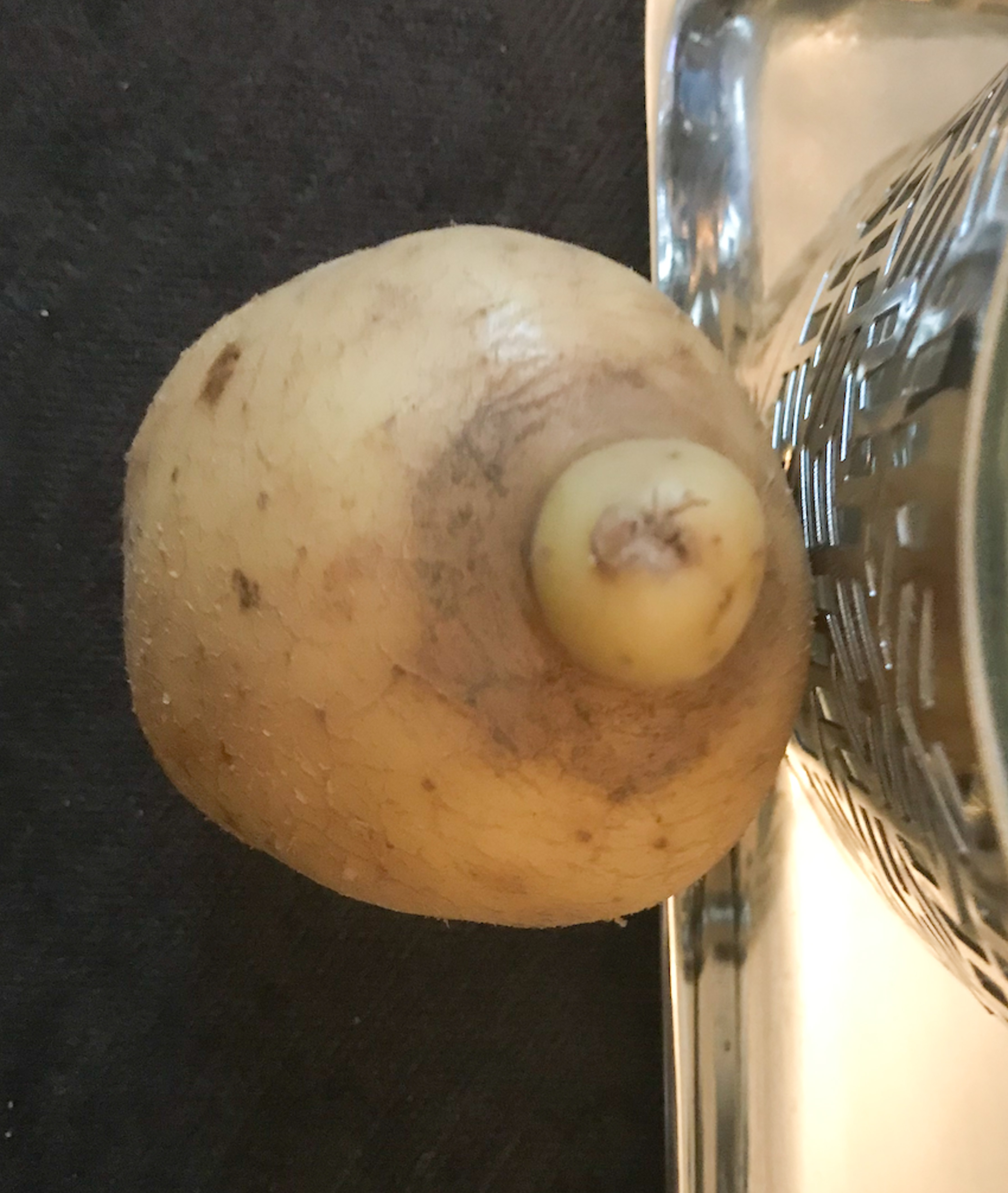 Mum-of-three Penny, of Solihull, West Mids, had her family chortling, too, by showing the unusual potato on video calls.

She added: “It was a nice bit of fun in these difficult times.

"Unfortunately, there was only one, so it wasn’t a pair.”