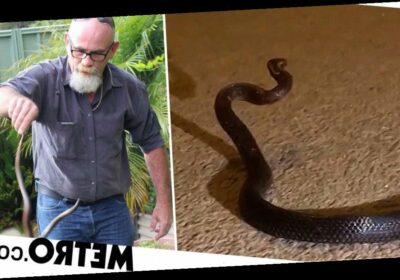 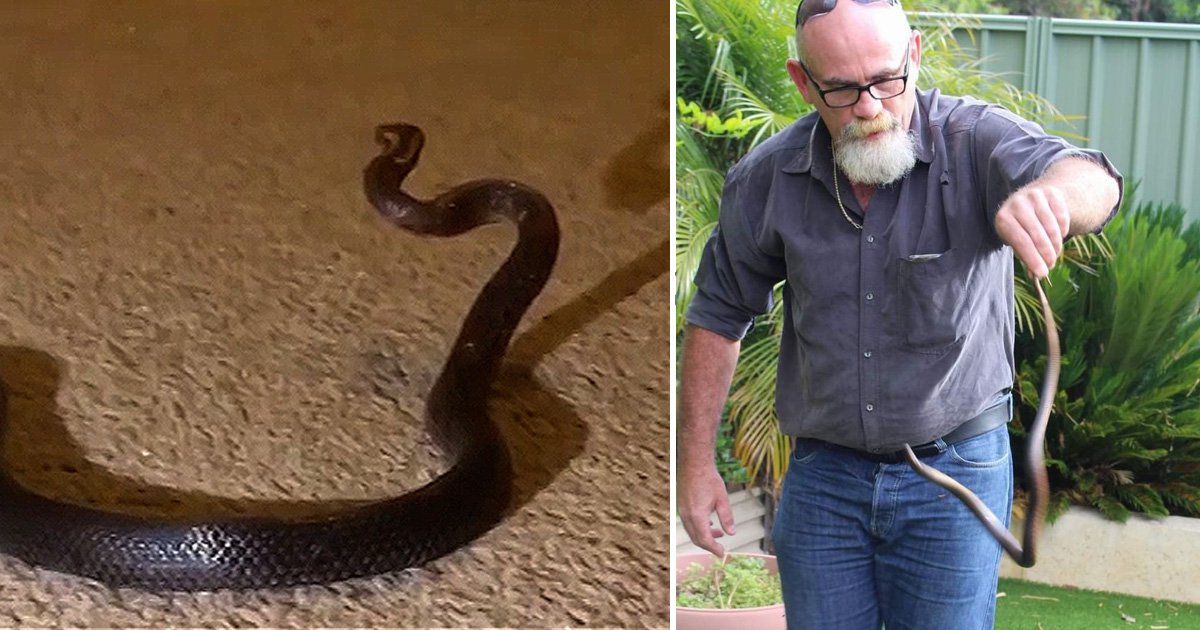 A mum was terrified after she almost picked up a venomous snake in her daughter’s bedroom, believing it was a shoelace.

The woman, called Meg, turned the light on just to check what it was as she tidied up, and then realised it was actually the metre-long predator.

She told 2GB: ‘I thought it was a shoelace … I was actually going to pick it up and then I thought “oh I’d just turn the light on and see what it is”.’

In footage of her looking at the snake, her daughter can be heard saying ‘It’s okay, it’s so cute.’

They managed to catch the snake in a container and put it outside under a tree.

Animal relocation specialist Darren Darch, from Fauna For the Future, told Daily Mail Australia: ‘When his neck goes into that ‘S’ pattern he’s getting ready to strike as he also does in this video.

‘At one point he drops down and seems to be looking for somewhere to hide but stands up again when someone talks.’

He said the family could have rolled up a wet towel and put it at the bottom of the door to the room to make sure it stayed there while they waited for a professional to come and remove it.

The snake is believed to have been a golden-crowned snake, which are not considered dangerous as they rarely bite and their venom is relatively mild.