Mother slams school after daughter was excluded for taking blazer off 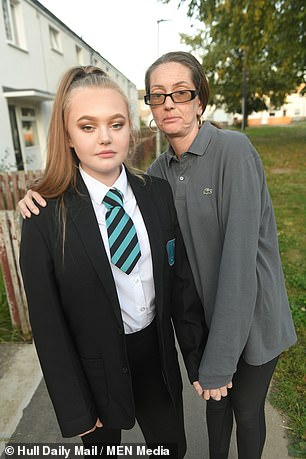 A mother has branded her daughter’s school ‘absolutely pathetic’ after she claims her child was excluded for ‘being too hot’ in her uniform.

Summer Burkitt was given a day exclusion by her school in Kingston Upon Hull, Yorkshire, after taking her blazer off.

According to the 14-year-old’s mother Kelly Shann, Summer had taken part of her uniform off after it became too hot for her to do her work.

The school’s policy states that this could include a ‘behavior agreement’ from the pupil.

While not being able to comment on specific cases, the academy’s head of school says any decision adhered to their ‘persistent defiance or abuse’ policy.

Ms Shann said pupils are being excluded for ‘stupid things’ and added that her daughter has just started year 10, her vital first GCSE year.

She blasted the ‘ridiculous’ uniform rules students have to stick to at the Hall Road site.

‘My daughter has been excluded from school just for the day because she took her blazer off for being too hot.

‘What would they rather, sit there and do the work or not? I don’t see the problem with having their blazer off if they are working.

‘I said I won’t be sending her home. It’s absolutely pathetic. I agree there should be rules but sometimes it feels hot and you can’t get your work done. 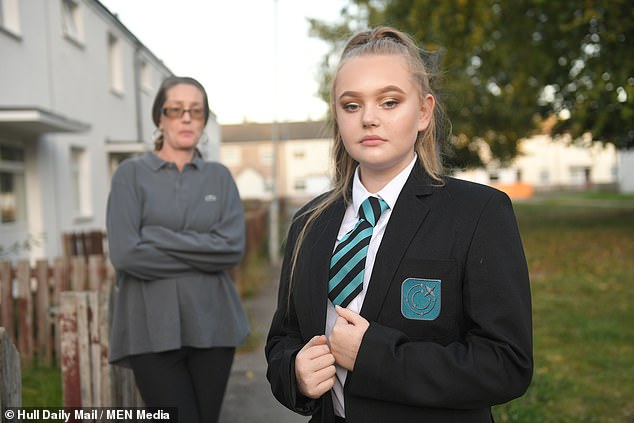 ‘It’s ridiculous the rules these schools have now. They’re just excluding them for stupid things.’

When it comes to uniform rules, the school’s website states:

‘Where a student repeatedly refuses to comply with the Academy’s Uniform Policy, the Academy believes that exclusion could be an appropriate response, depending on the circumstances of the case.

‘Each case will be reviewed by the CEO/Head of School, Senior Leadership Team and/or Board of Directors as appropriate.’

Staff at Sirius North said they have ‘high expectation’ of how their students should behave and dress.

In response head of school at the academy Ian Ravenscroft said: ‘We can’t make any comment on an individual case.

‘That is a matter for a reintegration meeting between the parents and the school.

‘As per our policy, cases of persistent defiance or abuse towards staff carry an exclusion.

‘This is for the high expectation of our students.’