Mother is ‘appalled’ as delivery driver HURLS packages into her yard This is the moment a Hermes delivery driver throws a pair of packages over a gate, one of which contained Christmas baubles.

Chrissa Wadlow said she was ‘appalled’ when the delivery driver chucked the packages into her front yard.

The footage shows the first package been thrown quite far into the yard of the property. The driver then seems to struggle to lift the second, a large box, and once he has got a firm hold of it, also throws that over the fence.

Mrs Wadlow, who lives in Derbyshire had decided to order some festive decorations and gifts to get her into the festive spirit. However her mood was soon dampened when she realised her order had been dumped in her drive.

On Saturday December 1, the day she expected her items to be delivered, she came back home to notice her Amazon delivery in the middle of her drive.

The 37-year-old then proceeded to check her CCTV and saw the driver throwing the packages over her gate.

She said: ‘When I saw it, I was just shocked. I didn’t know what to say really. 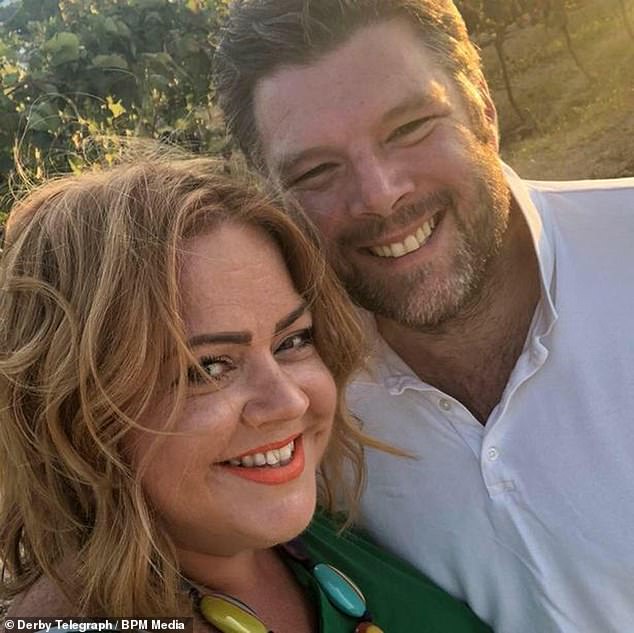 ‘The first package contained clothes from Christmas and the second package that they threw over contained garland and baubles.

‘They aren’t massively fragile but fragile enough that they could have been damaged.

‘I know Hermes has recently been on BBC’s Watchdog and you would think that after that aired, they would be on their best behaviour. Apparently not. 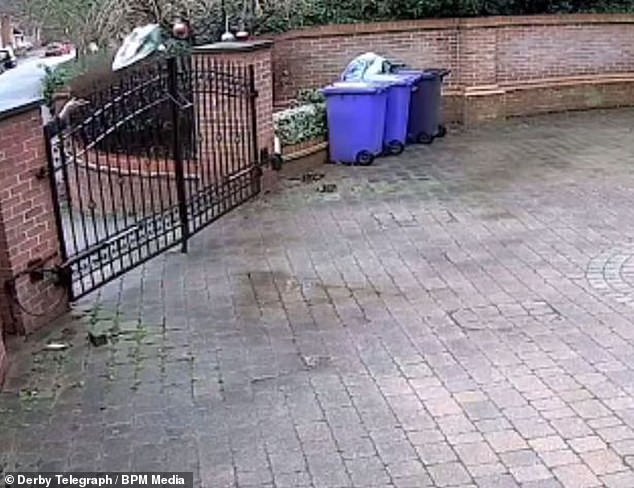 ‘When we go out, we usually make sure that the pedestrian gate is open so he could have just walked in.’

She contacted Amazon and sent the company the video of what had happened.

Not long after she sent the email, she received contact from Amazon which said that the order ‘did not meet its delivery standards’.

The mum-of-four had recently been a victim of a burglary and she and her husband Tom had installed the cameras to catch anyone who may enter her home. 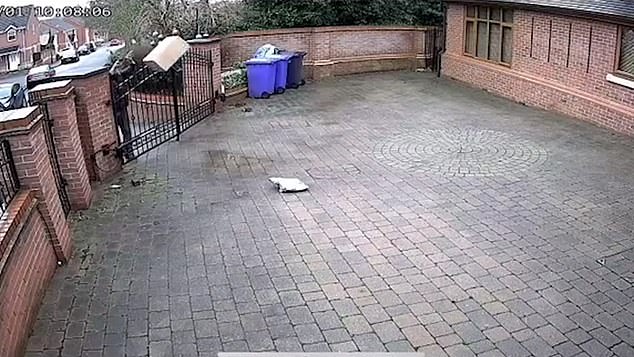 She added: ‘I’m glad I installed them now because I wouldn’t have been able to catch this driver doing what he did.

‘I just want people to be aware about this over Christmas and make sure that Hermes know this is happening.

‘After the break-in, me and my neighbours have been keeping a close eye on each other. He could have delivered it to them.’

A Hermes spokesperson said: ‘We would like to apologise to Ms Wadlow for any inconvenience caused. We deliver more than 330 million parcels across the UK each year and the vast majority are delivered on time and without any problems.

‘In this case, the standard of delivery was unacceptable and we will be speaking with the courier to ensure this doesn’t happen again.’