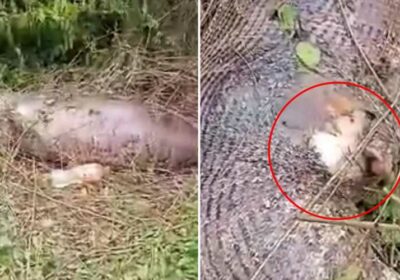 THIS is the gruesome moment a snake was found dead with a burst stomach, having swallowed an ENTIRE cow.

The 15ft Burmese python was discovered by a farmer in the Phitsanulok province, northern Thailand last Saturday. 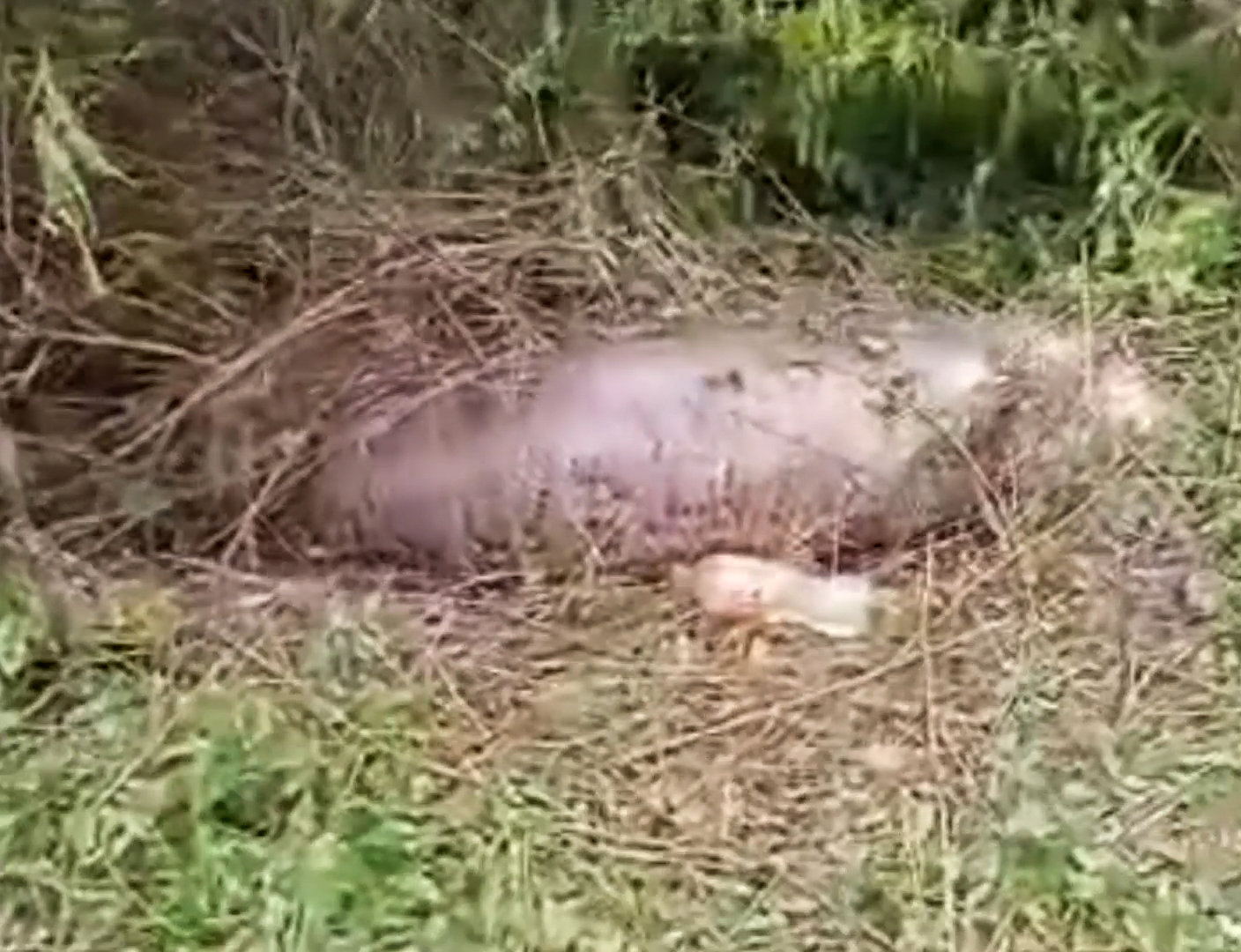 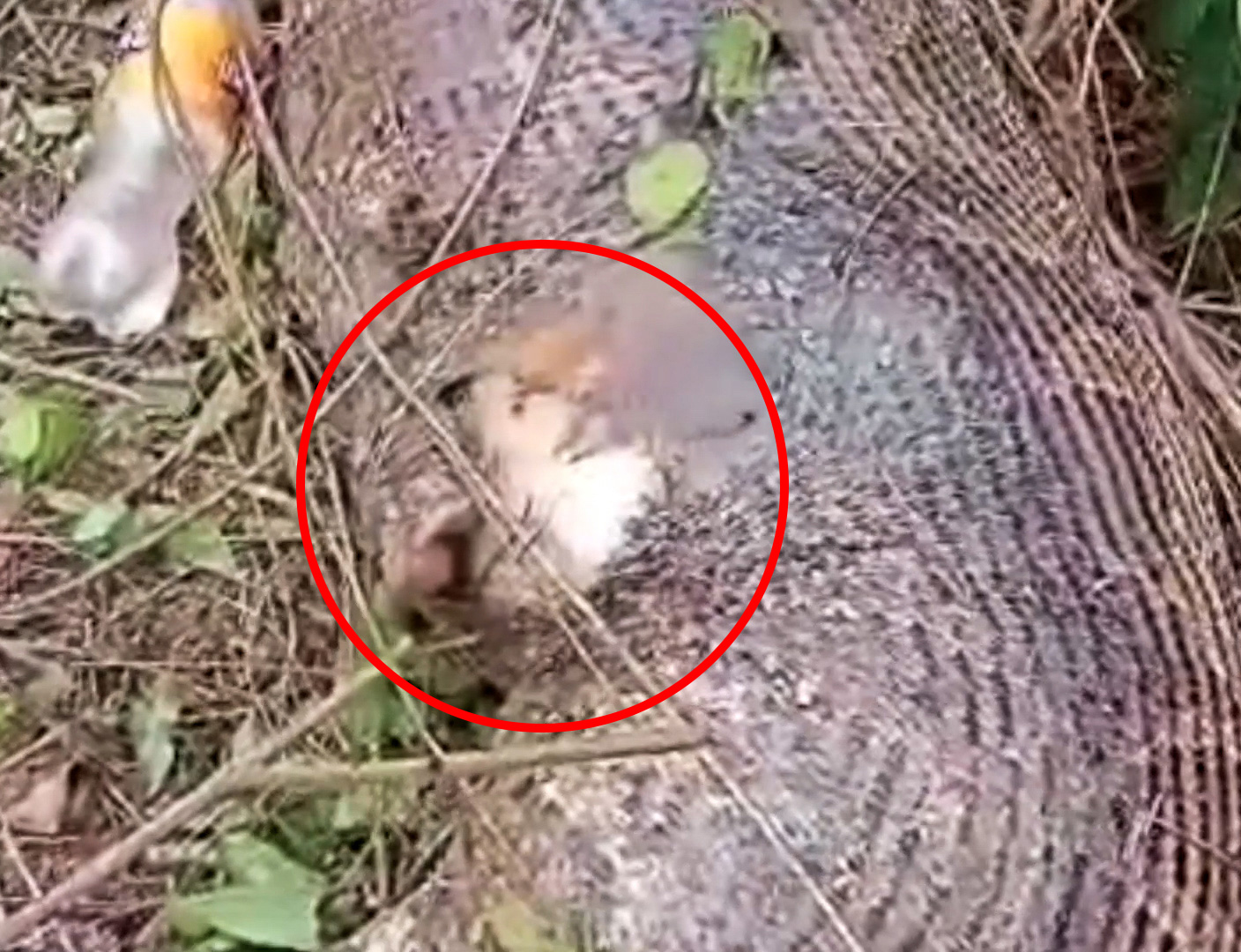 The man had been searching for a missing cow – which had disappeared three days before.

But, he was left shocked when he found the gory remains of both animals instead.

In a clip posted online, the snake can be seen sprawled across the grass after evidently biting off more than it could chew.

Local experts believe it stomach tore after becoming swollen after struggling to cope with the giant meal.

Village official Nirun Leewattanakul theorised: "The python must have been hungry and saw the cow.

"It then strangled the cow to kill it before swallowing its whole body.

"However, after the cow died inside the snake, its body became swollen and stretched the snake's stomach even more. It was such a scary scene."

According to National Geographic, Burmese pythons have an amazing ability to digest food that are almost double their body mass.

They wrap themselves around their prey and crush it to death before swallowing their food whole.

Their giant jaws are so big that they can, on occasion, unlock to stretch around their large prey. 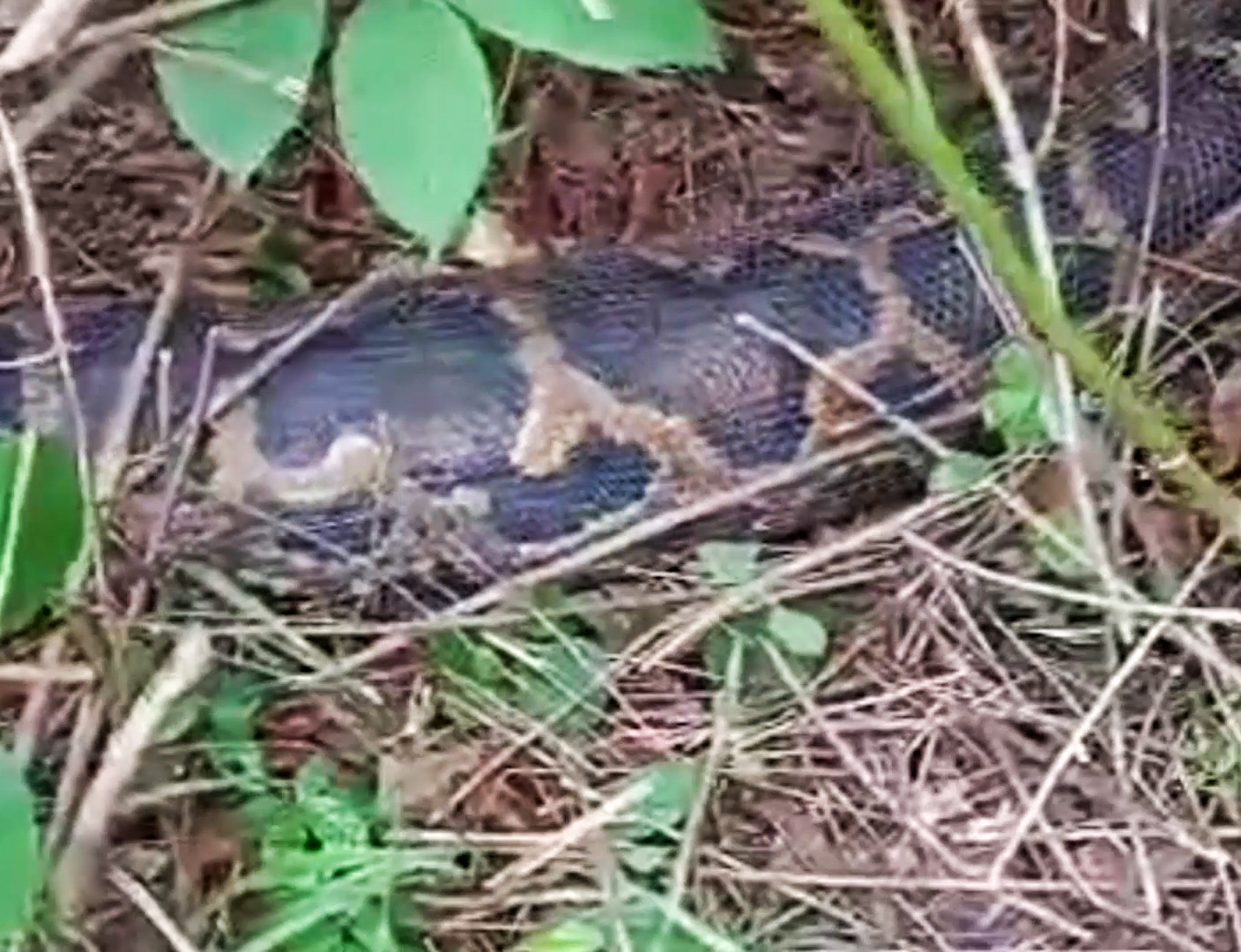 Only last year, video footage emerged of a snake devouring a possum in an Australian backyard as shocked onlookers watched on.

The gigantic python, which was spotted dangling from a rooftop, was snapped by local snake catcher Stuart McKenzie.

He said: “I got a call out from a residence after the saw the python on their back patio roof and heard a bit of a commotion.

“When I arrived it was dangling there from the roof with the possum in its mouth.

“I knew if I tried to take it away right at that moment, it would likely drop its food and not want to eat it again.

“I realised it had only just started it’s meal so I knew then I had to wait for it to finish eating.

“It’s just nature so the best result is that the snake gets it food as it is already dead.

“It took about an hour to eat it completely, so I just sat with the residents while we watched and waited for it to be done with its meal."

Native to the jungles and grassy marshes of Southeast Asia, Burmese pythons are among the largest snakes on Earth.

They are capable of reaching 23 feet or more in length and weighing up to 200 pounds.

They have poor eyesight, and stalk prey using chemical receptors in their tongues and heat-sensors along the jaws.