Police are appealing for information to find the men filmed scrapping in the street in Swansea. 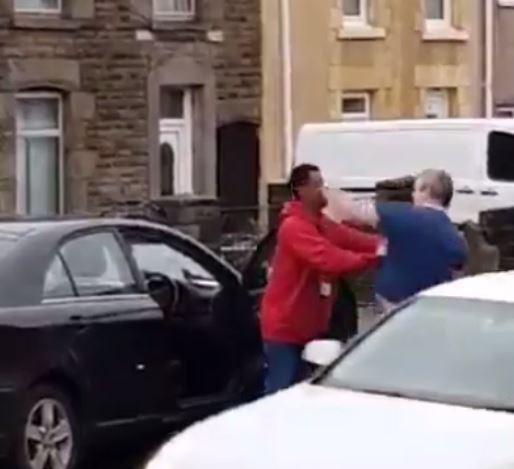 The bizarre clips shows the chubbier man throw a Hayemaker left hander at the skinnier man stood opposite him.

However he fails to land the punch and almost loses his balance.

With his T-shirt riding up his tubby waist, the man then takes up an extraordinary boxing stance before rushing towards his rival again. 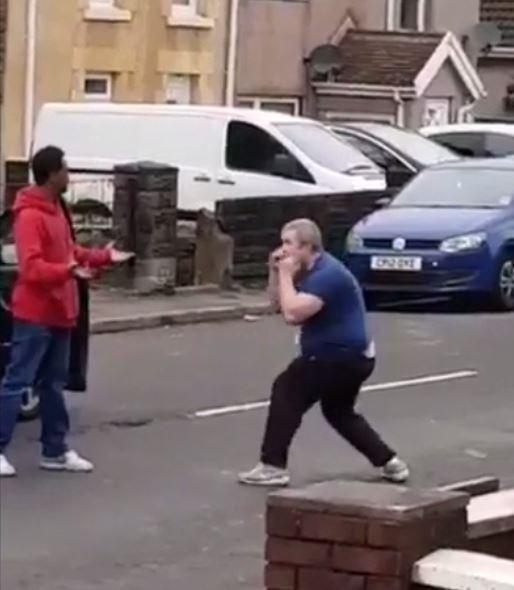 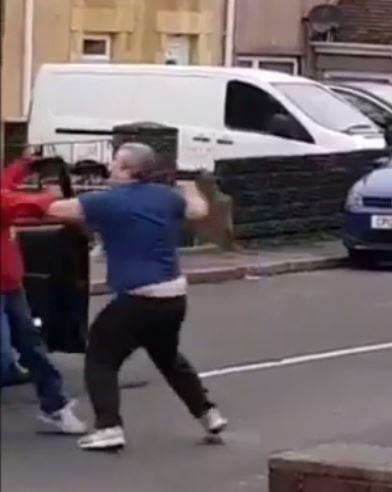 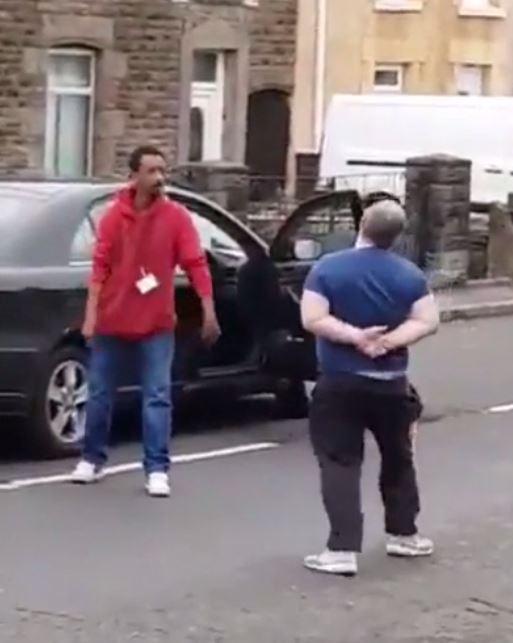 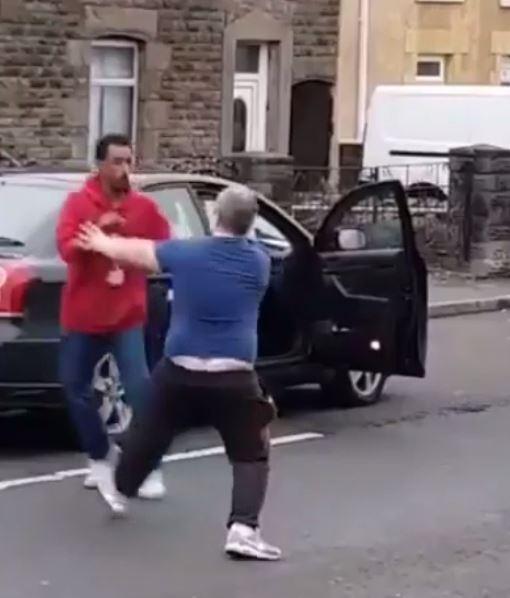 Stood with his arms behind his back – in a similar fashion to Tyson Fury last week – he appears to invite the man in the hoodie to hit him on the chin.

But he is bundled to the ground and then kicked twice in the head before dumping the skinnier man on the floor with a rugby tackle.

The two men then grappled on the floor with each other, as onlookers laughed in the background.

The street scrap happened in the Bon y Maen area of Swansea. 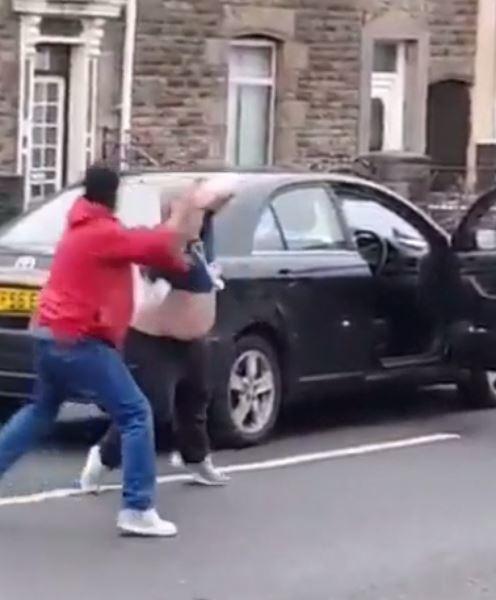 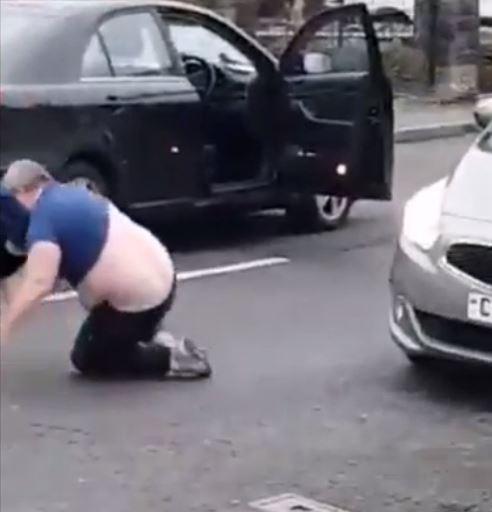 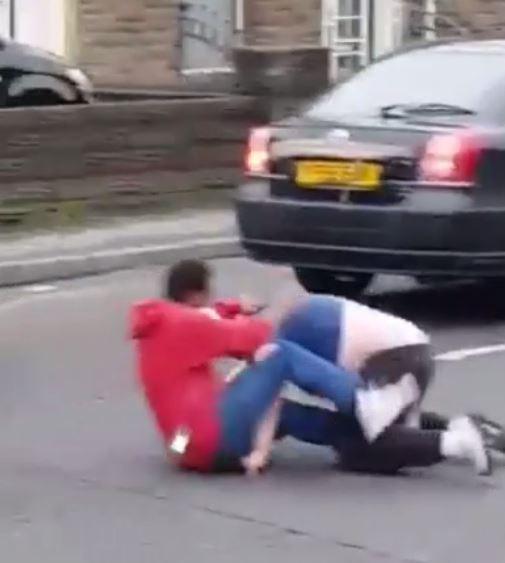 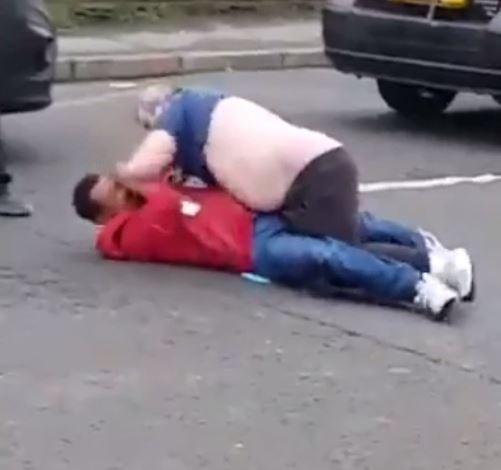 Amongst those to have shared the clip is former world champion boxer Enzo Maccarinelli, who said: “I run a boxing gym in Bonymaen, quite a successful one, and I’d like to point out that these two are in no way affiliated with my club!”

Another commentator joked: “He’s been watching Mike Tyson do the old bob and weave!”

Police said that, although the incident had not been reported to them, they were aware of it, and were appealing for information in a bid to identify the men involved.