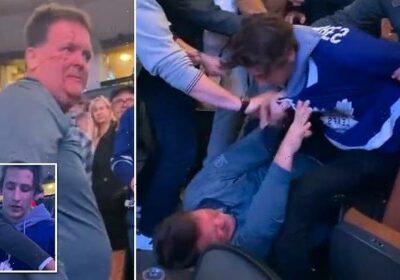 For not being a ‘fighter,’ he can sure pack a punch!

A Toronto Maple Leafs fan brutally beat another man after putting him in an MMA ‘full mount’ position – where one fighter is on top of the other’s torso – after the older one allegedly touched a woman.

The video, posted to Twitter and first reported by TMZ, began after the fight had already broken out and does not show the alleged assault at Thursday’s game against the Washington Capitals in Toronto’s Scotiabank Arena.

As he screams at the other man, he throws several punches, hitting the man in the bridge of the nose and snapping his glasses in half. The older man grips the younger man’s shirt to keep himself from falling to the ground. 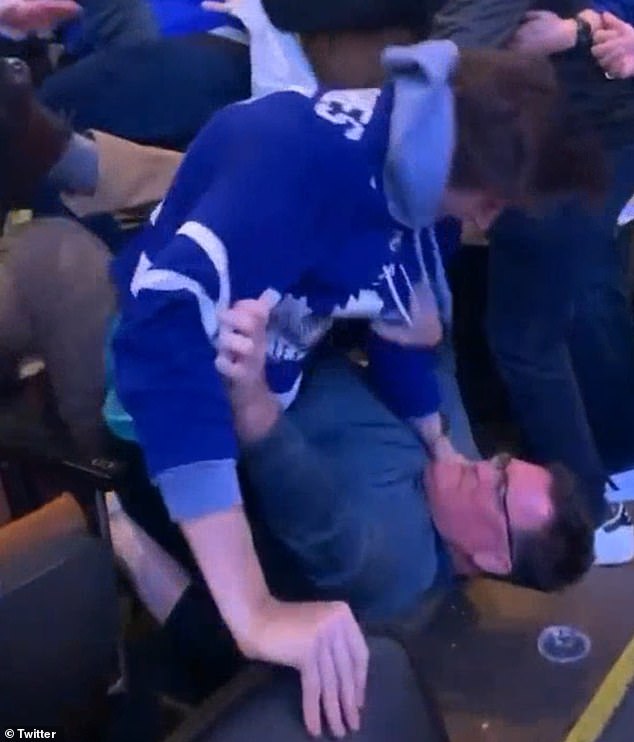 An unidentified Toronto Maple Leafs’ fan attacked a fan after the older man allegedly ‘touched a girl.’ He attacked the man in a full mount MMA position – where he startled the man’s torso – as he threw several punches at the man 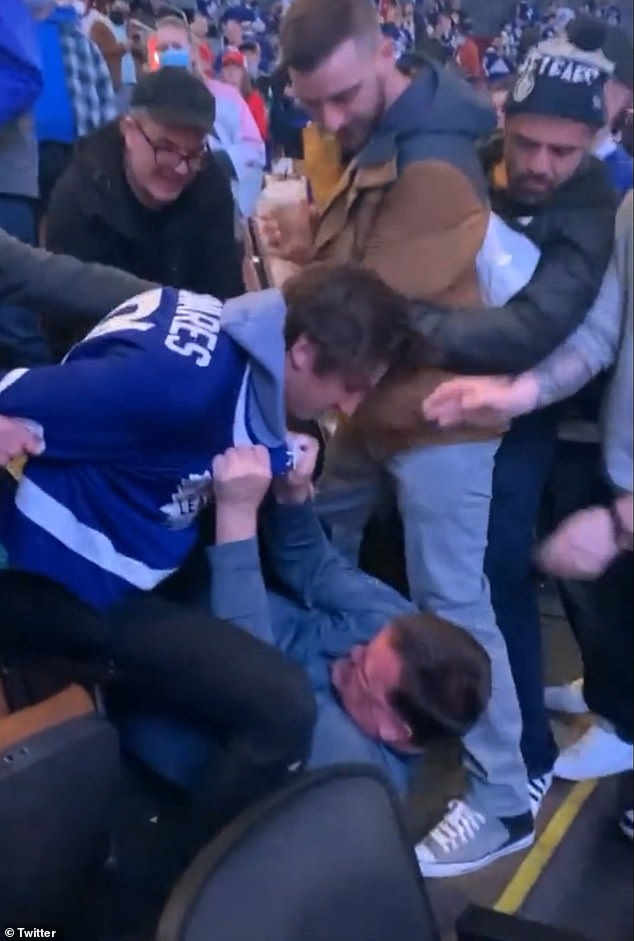 He catapulted the man over the seat and onto to the concrete steps as the man clung to his jersey to avoid falling down the stairs. The video does not show the older man touching a woman

A crowd of men attempt to hold back the younger fan as he continues his assault, before a security guard wedges himself in between the two men.

‘You can’t just touch a girl like that, you can’t just grab her arm like that,’ the man in the blue jersey says as the security leans heavily on his shoulder to keep him away from the other man as the group helps him up.

The younger man also claims he’s ‘not a fighter.’

As the other man gets up on his feet, he has blood running down his face and his glasses are missing.

Security keeps the two men in the stands while backup comes, and that’s where the video cuts off. 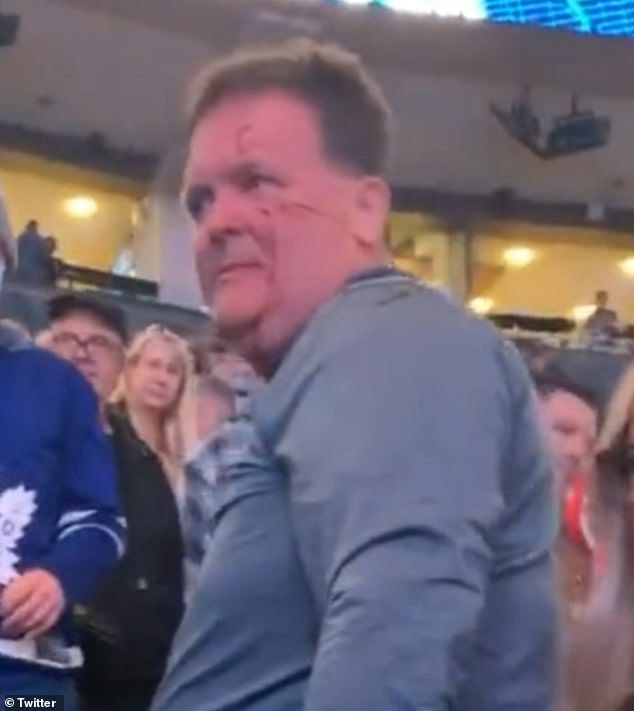 Once the man got back up on his feet, it appeared he had blooding running down his face from his injuries 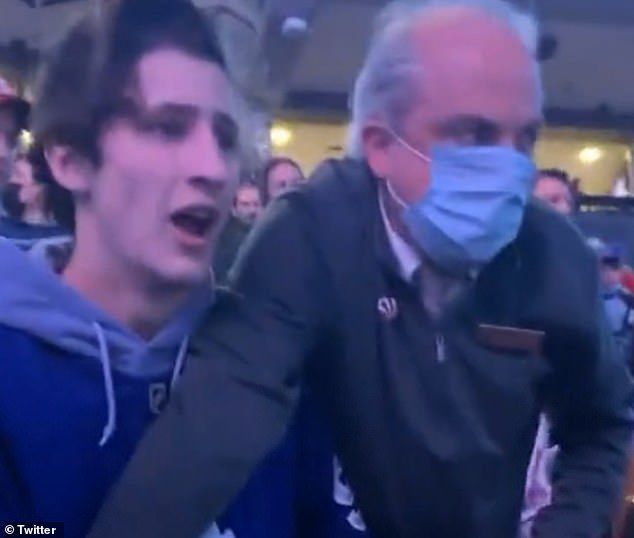 The man in the jersey was held back by security. He claimed he was ‘not a fighter,’ but the other man couldn’t ‘touch a girl like that’

It is unclear if the Toronto Police were involved in the incident or if charges were pressed on either side. It is unclear if or why the man allegedly grabbed the woman’s arm.

There have been almost 600 assaults in April, according to the Toronto Police Department, and around 5,000 have occurred so far in 2022. Assaults are up eight percent this year. 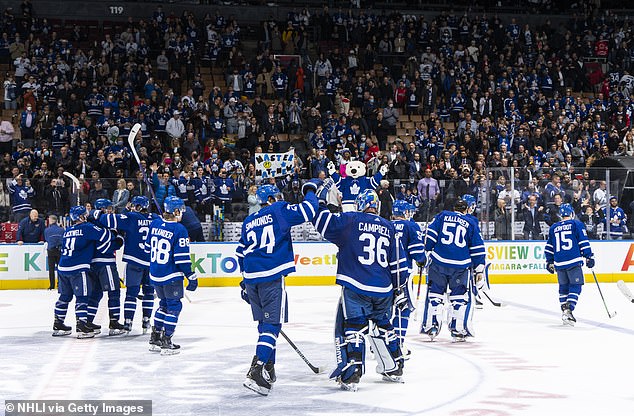