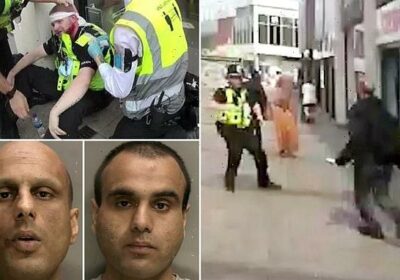 Harrowing moment thug brothers, 26, and 37, slash two police officers in a terrifying shopping centre knife attack, as they are convicted of wounding with intent

This is the harrowing moment a pair of thug brothers slash two police officers during a terrifying knife attack in a shopping centre – as they are convicted of wounding with intent.

Body-worn footage has captured the moment two police officers could be heard screaming at members of the public to flee as the brothers began swinging knives towards them.

PC Leon Mittoo and PC James Willetts shouted ‘he’s a got a knife’ and ‘stop, stop now’ as they heroically tried to detain the knife-wielding men. 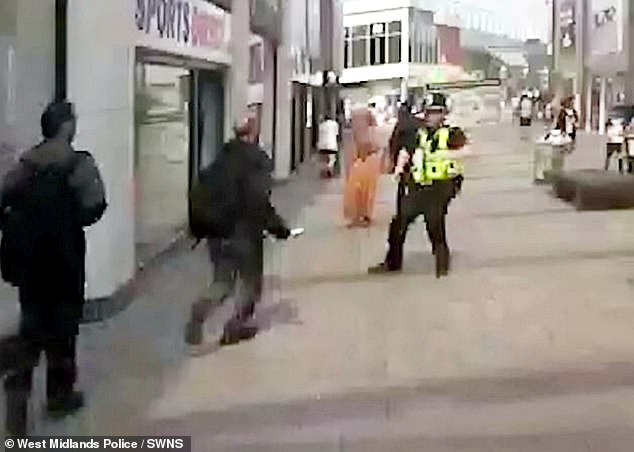 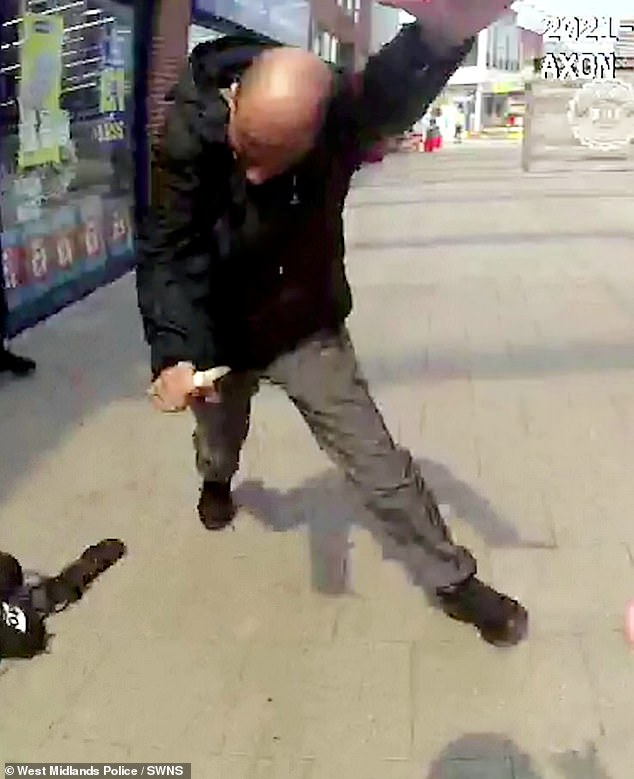 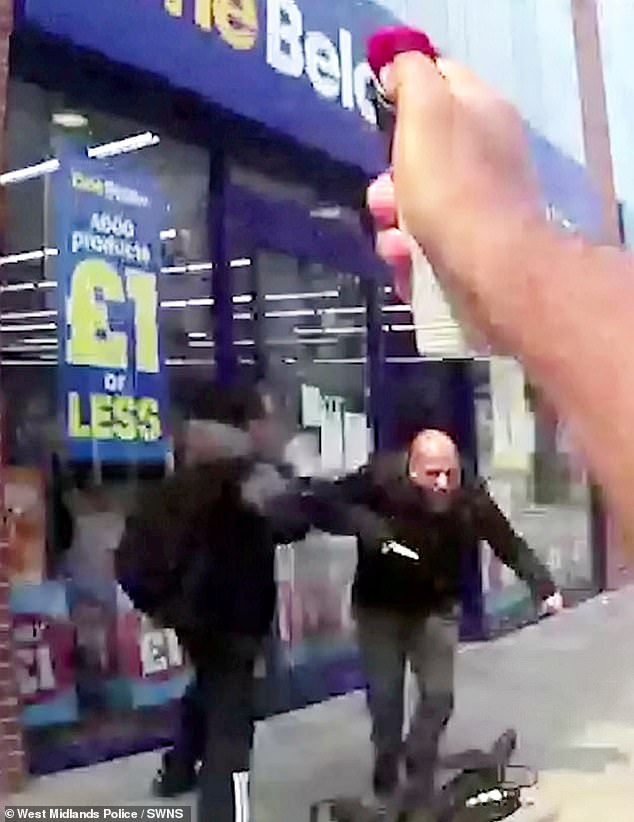 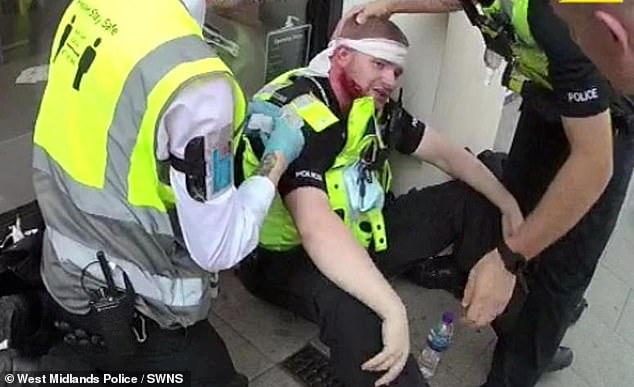 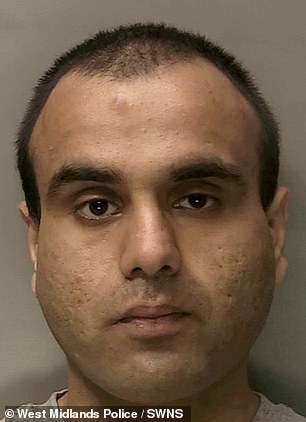 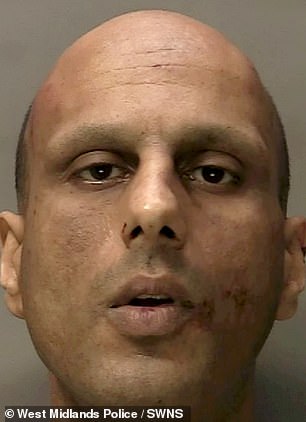 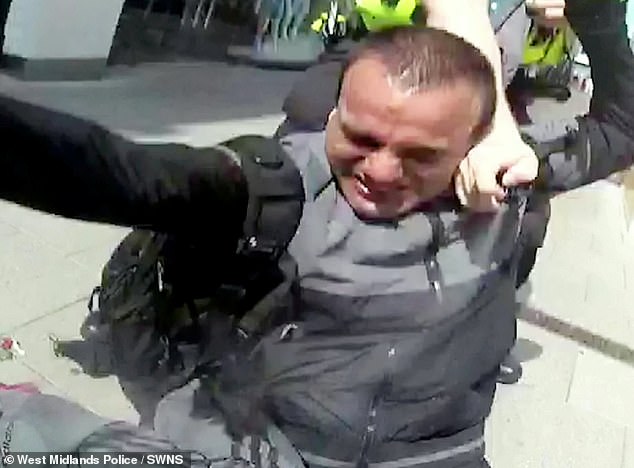 Maninder Hunjan is heroically tackled to the ground by the officers, who were also assisted by a nearby security guard 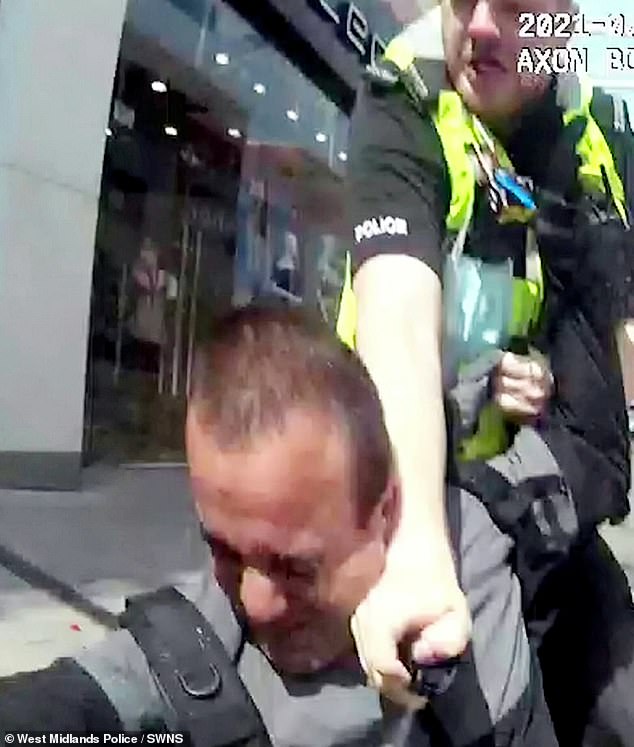 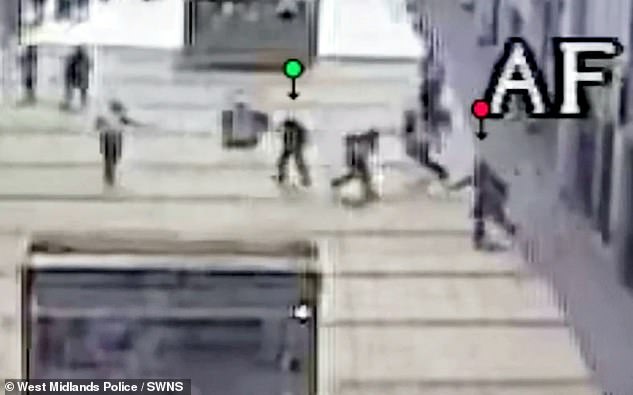 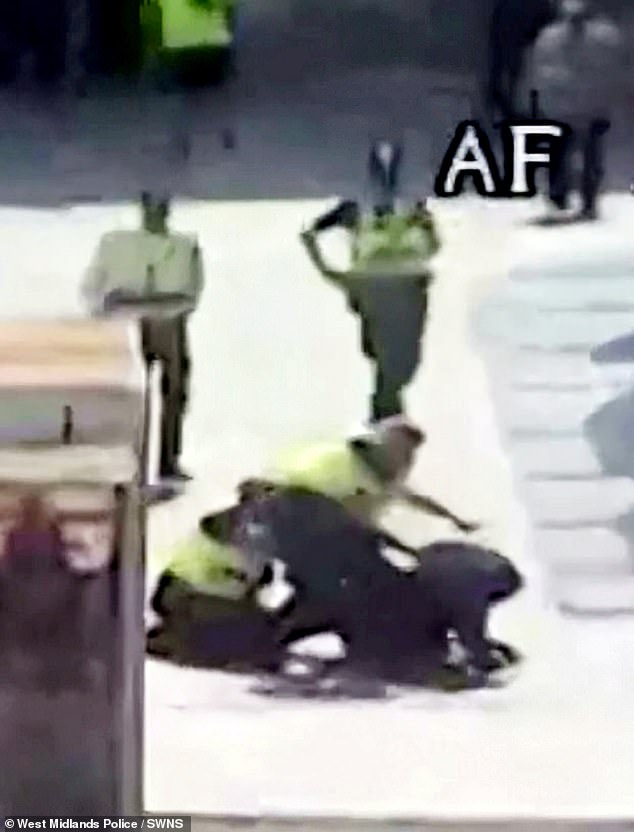 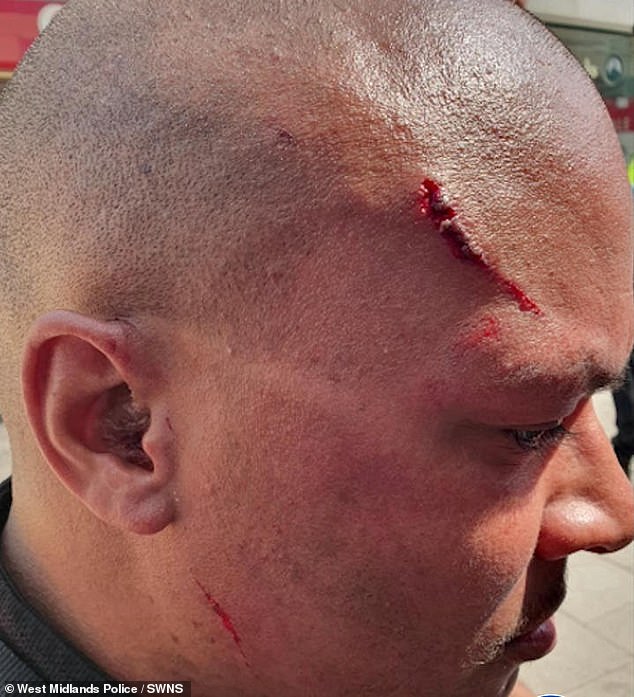 PC Leon Mittoo suffered a slash wound to his head, which required stitches, along with cuts to his hand

The footage showed one of the officers desperately wrestling with both men as horrified onlookers screamed in the background.

PC Mittoo suffered a slash wound to his head, which required stitches, along with cuts to his hand, while PC Willetts suffered a wound to the back of his head.

The Hunjan brothers were today convicted of wounding with intent to cause grievous bodily harm in relation to the attack on PC Willetts following a trial at Wolverhampton Crown Court.

They were also found guilty of possessing an imitation firearm with intent to cause fear of violence after officers discovered a BB gun, revolver, machete, serrated blade, hammer and a Bushman’s knife in their rucksacks.

Parminder was convicted of wounding with intent to cause grievous bodily harm to PC Mittoo, but Maninder was cleared of assaulting the same officer.

Both defendants were cleared of attempted murder.

The court heard that the men had left both officers ‘fearing they were going to die’. 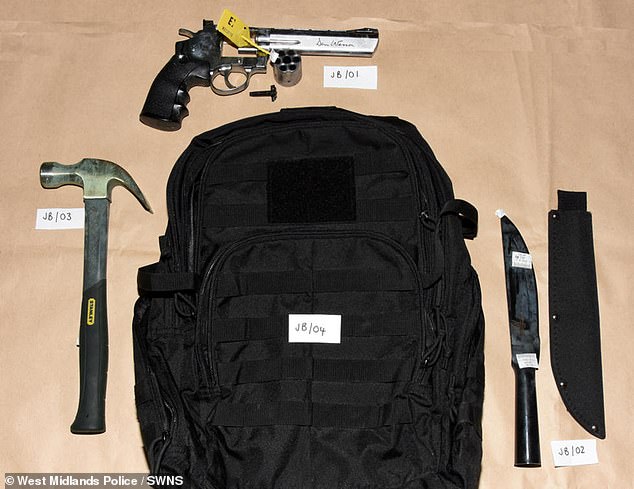 The cache of weapons found inside one of the backpacks, including a revolver, knife and a hammer 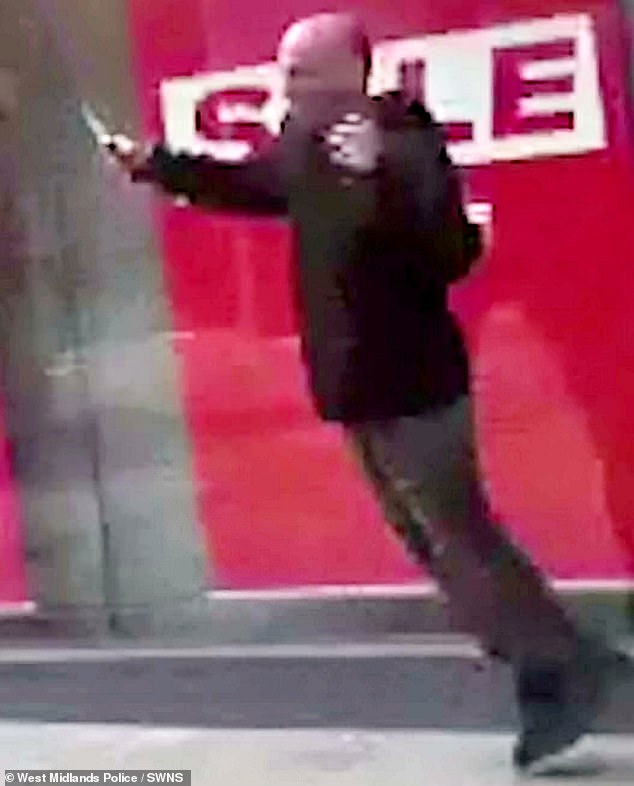 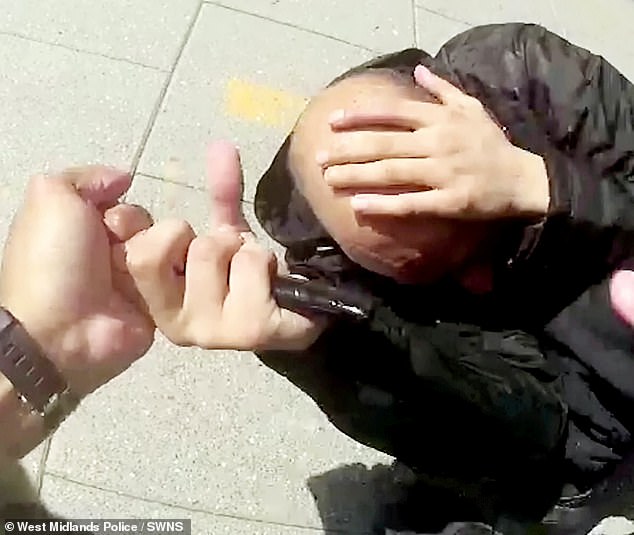 The cops had tried to stop the Hunjan brothers under Section 60 stop and search powers which were in place at the time of the incident.

However, the brothers quickly became violent when the officers tried to stop them outside a row of shops in West Bromwich’s shopping precinct.

The assailants began slashing at the officers with their cache of weapons, despite being hit with pepper spray, as a local security guard rushed to help.

PC Leon Mittoo told the court he was ‘fighting for his life’, adding: ‘I thought I was going to die. I was bleeding. I intended to survive.

‘I can’t remember how many times he tried to stab me, my stab vest protected me. Numerous times, many on my back.’

Earlier, Parminder gave evidence in his own trial and blamed the attack on his ‘prolonged cannabis use’, claiming it he was not thinking clearly and did not try to stab anyone.

Meanwhile, Maninder told jurors he was ‘paranoid and anxious’ at the time and thought the police officers were ‘trying to attack him and his family’.

He said he did not realise they were police and that he was under the influence of cannabis while out shopping with his brother and sister.

Following the verdict, Judge Michael Chambers QC said: ‘Everything in this case is consistent with the profile of terrorism.

‘Isolated dependence at home, spending most of their time on the internet, going around with backpacks full of lethal weapons.

‘But I am clearly not going to sentence on the basis of terrorism unless there is evidential basis to support that.

‘But it is my intention to treat these defendants as dangerous offenders.

‘This is clearly an extremely serious and worrying case.’

The brothers will be sentenced at the same court on May 9.