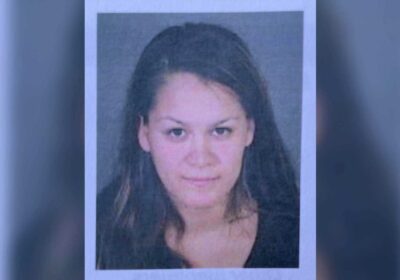 A mom was arrested Saturday after her three young children — including a 6-month old baby — were found stabbed to death inside their Los Angeles apartment, police and local reports said.

Liliana Carrillo, 30, was taken into custody in Tulare County, about 200 miles north of LA, several hours after her kids’ bodies were discovered by their grandmother, according to cops.

The children were 3, 2 and 6 months old, according to KNBC.

Their grandmother had just returned home from work around 9:30 a.m. local time when she made the horrific find — and realized Carrillo was missing.

Police received reports that the mom was driving her north on Interstate 5 — when she got into a fight in the Baskerville area, Los Angeles police Lt. Raul Jovel told the Associated Press.

She abandoned her vehicle and carjacked a silver Toyota pickup, Jovel said.

“She did a horrific crime here and she followed it up by another crime north of here and it’s those behaviors that ultimately got her caught,” Lt. Ben Fernandes told KABC-TV.

Cops said Carrillo is the “sole suspect” in the slayings.

Investigators were still working to determine a motive.