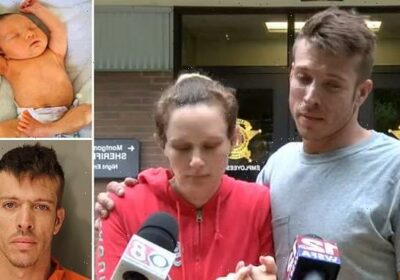 Father, 32, faces capital murder charge following autopsy on his five-week-old son who was found dead in the woods just HOURS after he and baby’s mother held a press conference begging for the child’s safe return

An Alabama father is facing a capital murder charge after an autopsy was completed on his five-week-old son whose body was discovered in the woods overnight – just hours after he sobbed and begged for the child’s return in a press conference.

The boy’s father, Caleb Whisnand Sr, 32, was initially charged with reckless manslaughter, but during a press conference on Thursday morning, authorities said the charge will be upgraded to capital murder based on evidence that was obtained during an autopsy.

Officials declined to reveal how the infant died and remained tight-lipped about the circumstances surrounding the father’s arrest, citing the ongoing investigation.

Whisnand was arrested soon after he took part in a bizarre press conference about CJ’s disappearance alongside the child’s innocent mother, Angela Gardner. Gardner is not facing any charges over the death of her son. 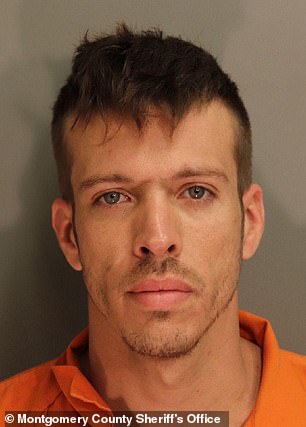 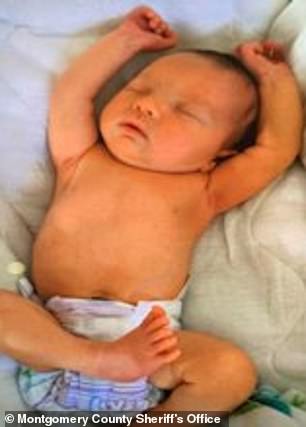 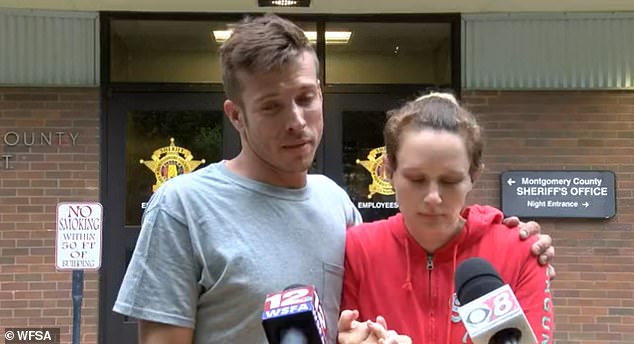 Whisnand was arrested on Wednesday night, just hours after taking part in a press conference alongside CJ’s mother, Angela Gardner, to appeal for help in finding their child

The elder Whisnand said during the news conference that he didn’t remember much, and asked the public for information, including where he had been before the disappearance.

‘I don’t remember a lot. But I did remember I was breaking up with the cops. If anybody’s got anything, any place I could have gone,’ he said.

Gardner, 28, said her youngest son was with Whisnand and he told her that he realized the infant was missing when he went to go pay at a gas station on Monday.

Montgomery County Sheriff’s Office Capt. Trent Beasley said authorities were alerted to the situation after they received a 911 call Monday night from a convenience store about the missing child. 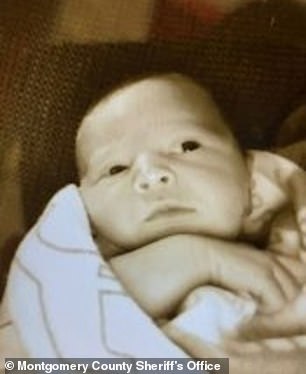 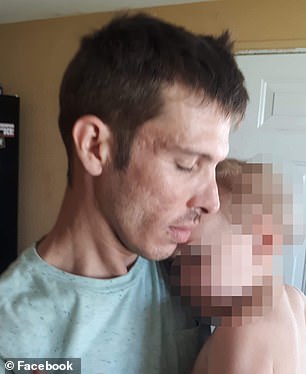 Baby CJ’s body was discovered in a wooded area on Wednesday. He had been reported missing  by his father on Monday night 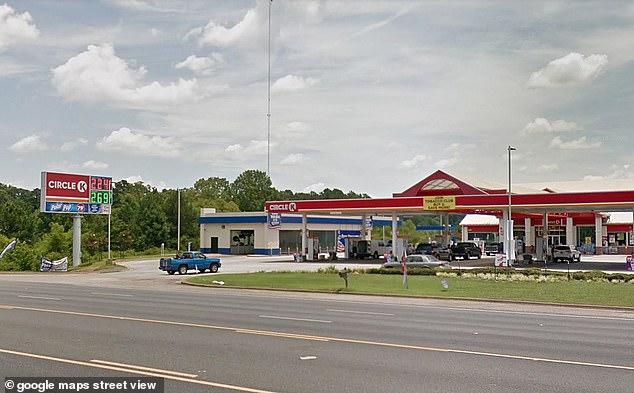 Whisnand said he was paying for gas at this Circle K gas station in Montgomery, Alabama, at 10.45pm on Monday when CJ vanished 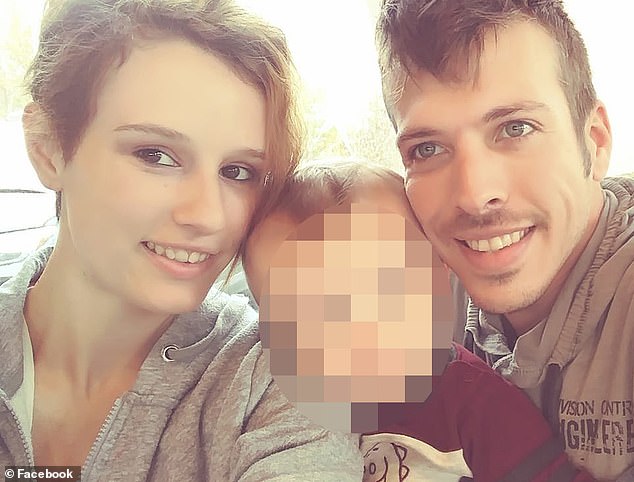 There is an apparent discrepancy in the timeline, because Whisnand told reporters the family were last together on Saturday night, and a missing child alert stated that CJ was last seen at 9pm on Saturday (Whisnand and Gardner and pictured with their 2-year-old son)

However, a missing child alert from the Alabama Law Enforcement Agency said the baby was last seen at 9pm on Saturday.

And during Wednesday’s press conference, Whisnand Sr told reporters the last time the whole family was together was on Saturday night when ‘we were all together sleeping.’

Moments later, his girlfriend said she was home with her 2-year-old on Monday and CJ was with Whisnand Sr at the gas station on Monday night.

Neither the parents nor the authorities provided an explanation for the discrepancy in the timeline, nor addressed the infant’s whereabouts between Saturday and 10.45pm on Monday, when Whisnand reported him missing from the Circle K gas station on Wetumpka Highway.

According to an affidavit that was filed in the case on Thursday, CJ was killed sometime between 3.45 and 5.30pm on Monday, hours before Whisnand made the call to the police.

The man then allegedly buried his slain son in a remote area about 30 miles southwest of the gas station in Montgomery. 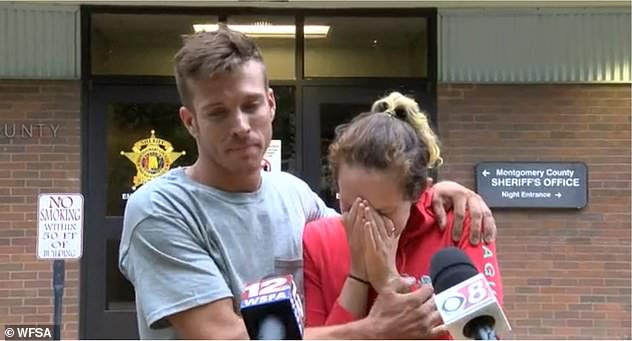 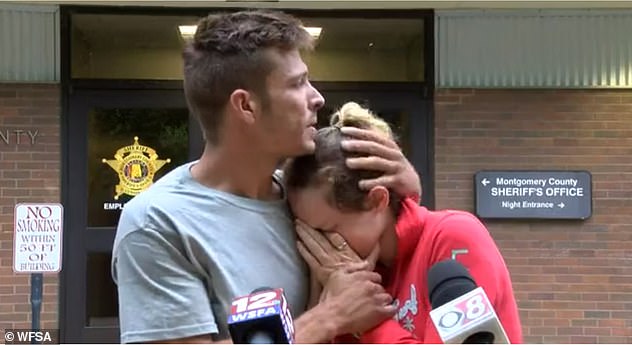 Gardner broke down in tears, pleading: ‘please, find him, please’

At the time of his arrest, Whisnand was already under indictment on unrelated charges of meth and heroin possession, reckless endangerment and possession of drug paraphernalia stemming from a June 2020 arrest.

CJ’s maternal grandmother, Margaret Hope, told Al.com that her daughter was about to break up with Whisnand at the time of their child’s disappearance and death.

Whisnand was booked into the county jail on a count of reckless manslaughter punishable by up to 20 years in prison. His bond was set at $100,000.