A MIGRATION boom is set to send Britain's population soaring past the 70million mark in just 12 years.

A staggering 73 per cent of the UK's population growth will be down to migration – with births and deaths accounting for just 27 per cent. 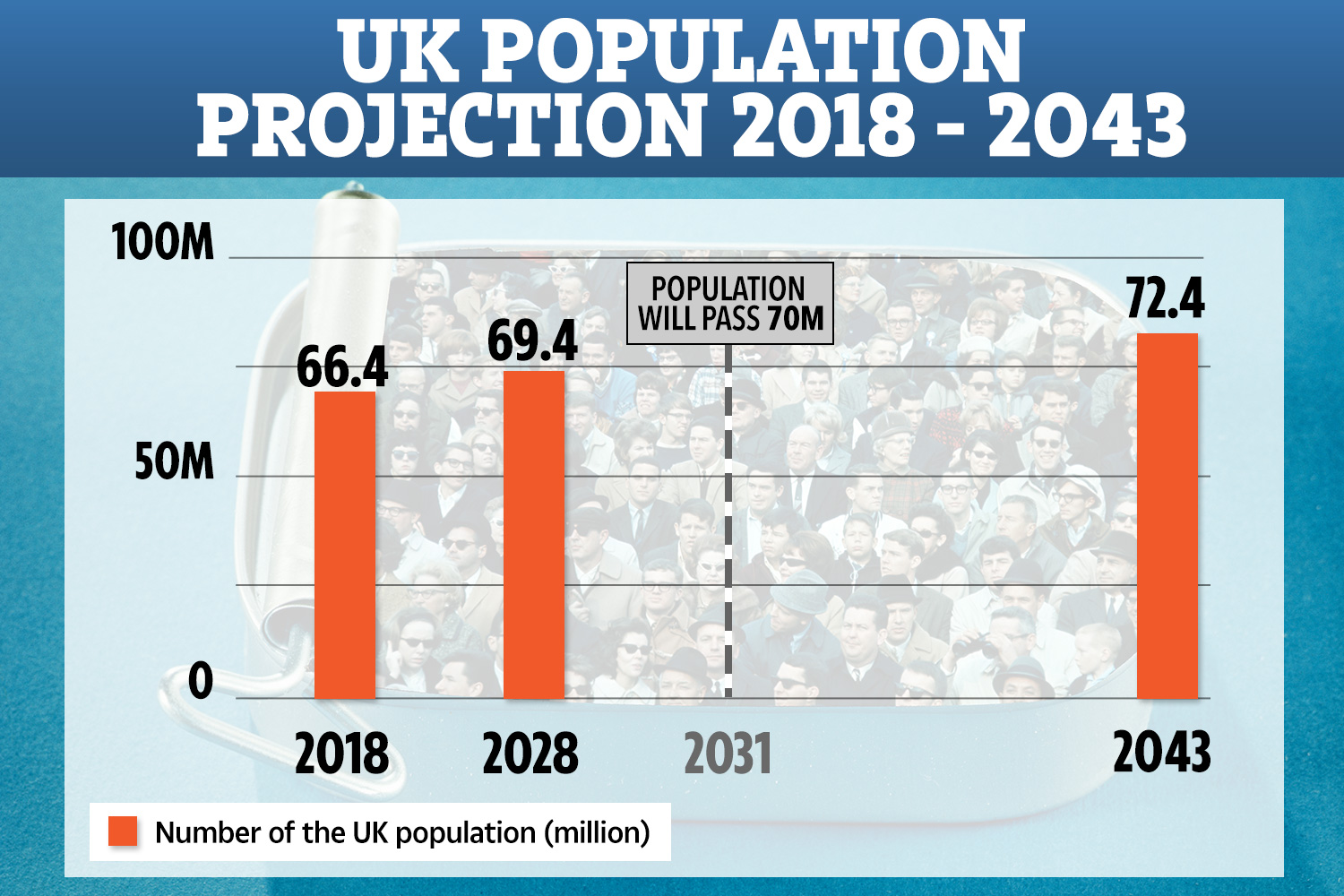 But the pace of growth is expected to slow as women decide to have fewer kids.

An ONS spokesman said: "The UK population is projected to grow by three million people by 2028.

"This assumes migration will have a greater impact on the size of the population than the combination of births and deaths.

UK population trends in next 10 years

"Although migration declines at first and the number of births is stable, the number of deaths is projected to grow as those born in the baby boom after World War Two reach older ages.

"The population is increasingly ageing and this trend will continue.

"However, because of the expected rise in the state pension age to 67 years, it is projected that slightly fewer than one in five people will be of pensionable age in 2028, a similar proportion to today."