‘Migration is not a human right’: Chile declines to sign UN pact Santiago:  Chile has become the latest country to pull out of a controversial United Nations migration pact, its Interior Ministry indicated, provoking fury among opposition parties who accused Sebastian Pinera’s government of “shameful and authoritarian” behaviour.

Rodrigo Ubilla, Chile's Interior Ministry sub-secretary, told Chilean Sunday paper El Mercurio in an interview that the country's representatives would not attend the event to adopt the pact early next week in the Moroccan city of Marrakesh. 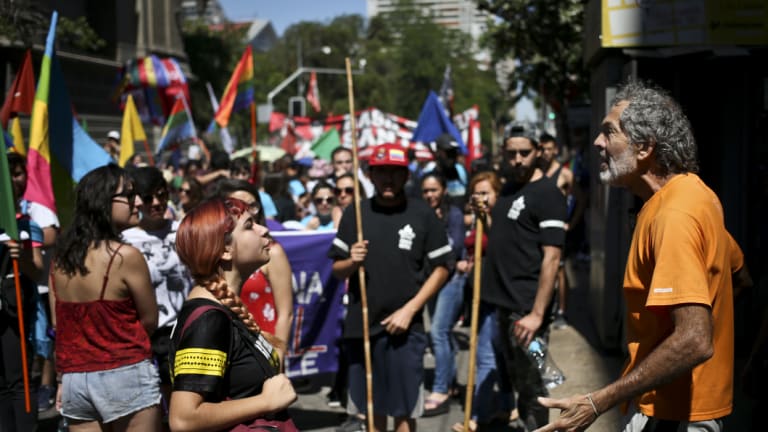 A man shouts anti-migrant slogans as a pro-migrant protester argues with him in Santiago, Chile, last month.Credit:AP

"Our position is clear," he said. "We have said that migration is not a human right. Countries have a right to determine the entry requirements for foreign citizens."

The ministry did not immediately respond to a request for confirmation of the policy.

The migration pact addresses issues such as how to protect people who migrate, integrate them into new countries or return them to their home countries. 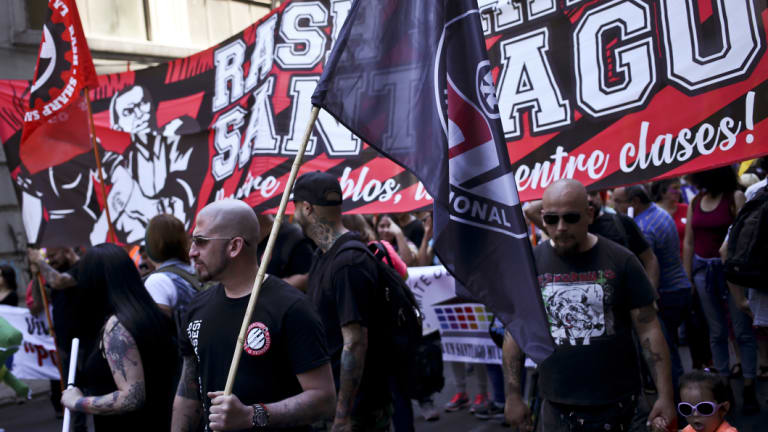 It is non-binding but has met fierce resistance from governments including the United States, Austria, Hungary and Poland who frame it as encouraging migration.

If confirmed, Chile's refusal to sign reflects its hardening stance towards migrants whose population has grown fivefold in 30 years amid influx from Venezuela, Haiti, the Dominican Republic and Colombia, among other Latin nations.

Centre-right Pinera’s government came to office in March on a promise to enforce stricter measures. In recent months, it as put on “repatriation” flights for Haitian migrants wanting to come home, tightened visa controls and deported migrants with criminal records.

"This is not a great way to find out about a subject of such tremendous importance," he told El Mercurio. "I understand that foreign policy is led by the President of the Republic but we could at least discuss it."

Hugo Gutierrez, a human rights lawyer and Communist Party legislator, wrote on Twitter that Chile was advancing down "the ultra-right path of Trump, Netanyahu and Bolsonaro,” referring to the US, Israeli presidents and Brazilian president-elect.

Amnesty International said it was alarming. "Chile was an active part of this pact's negotiations and was considered one of the states that favoured its implementation," Ana Piquer, Amnesty's executive director in Chile, told La Tercera newspaper. "The last-minute decision not to participate in the Morocco summit seems a step back on its promise of affording rights to migrants."