LAST week a record number of migrants – more than 400 men, women and children packed into 25 boats – crossed the Channel to reach Britain.

They joined the 5,000 or so, and counting, who have already arrived here this year. 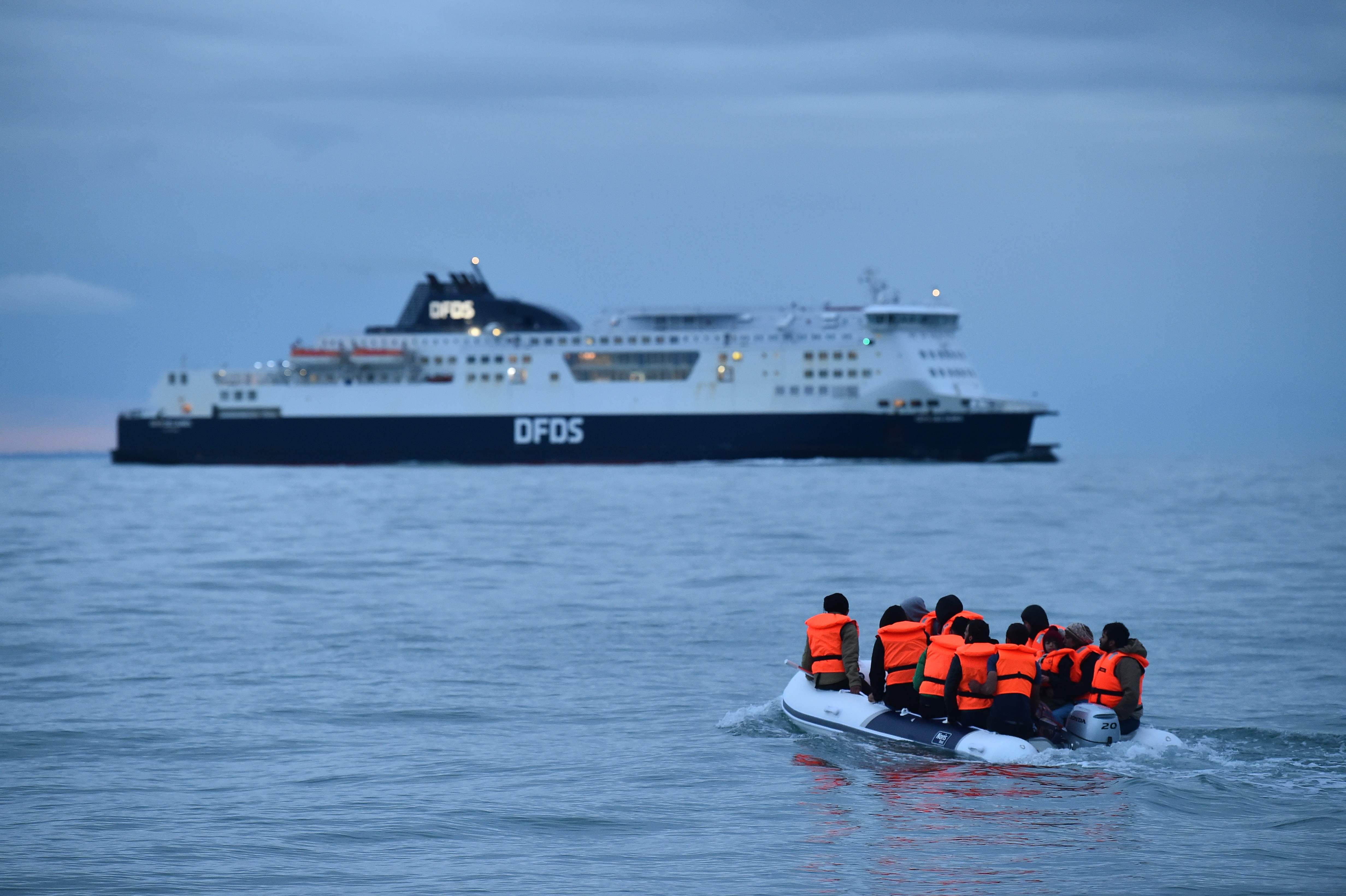 The next day, Dan O’Mahoney, a former Royal Marine commando and the new Clandestine Channel Threat Commander, gave evidence to the Commons Home Affairs Committee. Newly tasked by the Government with stopping migrants from crossing the Channel, O’Mahoney admitted that it is easier said than done, saying: “Nobody in the world has solved this problem.”

He also said that “close to all” of those people on small boats arriving in Britain this week were claiming asylum when they arrived. And it is this that makes the problem more complicated — most people who arrive in the UK on a small boat are fleeing truly desperate situations. And if you are escaping war-torn Syria, drought in Zimbabwe, or facing the death penalty in Iran because of your sexuality, the fear of staying put far out- weighs the risks of leaving.

That is why people risk their lives, and the lives of their children, and hand over their life savings to criminal gangs in their bid to make it to the UK. It is self-evident that they have nothing to lose in their attempt to seek a better life.

And I have a lot of sympathy with them, although — hands up — I would not go as far as Gary Lineker, who has signed up to the Refugees At Home programme and offered to give shelter to a refugee in his house in Surrey.

But the fact is that the cost of the migrant system has doubled to £1billion a year in the past five years. We now have 56,600 migrants and dependants in the UK who are receiving living allowances.

Record numbers still get assistance, even after their claims have been thrown out. 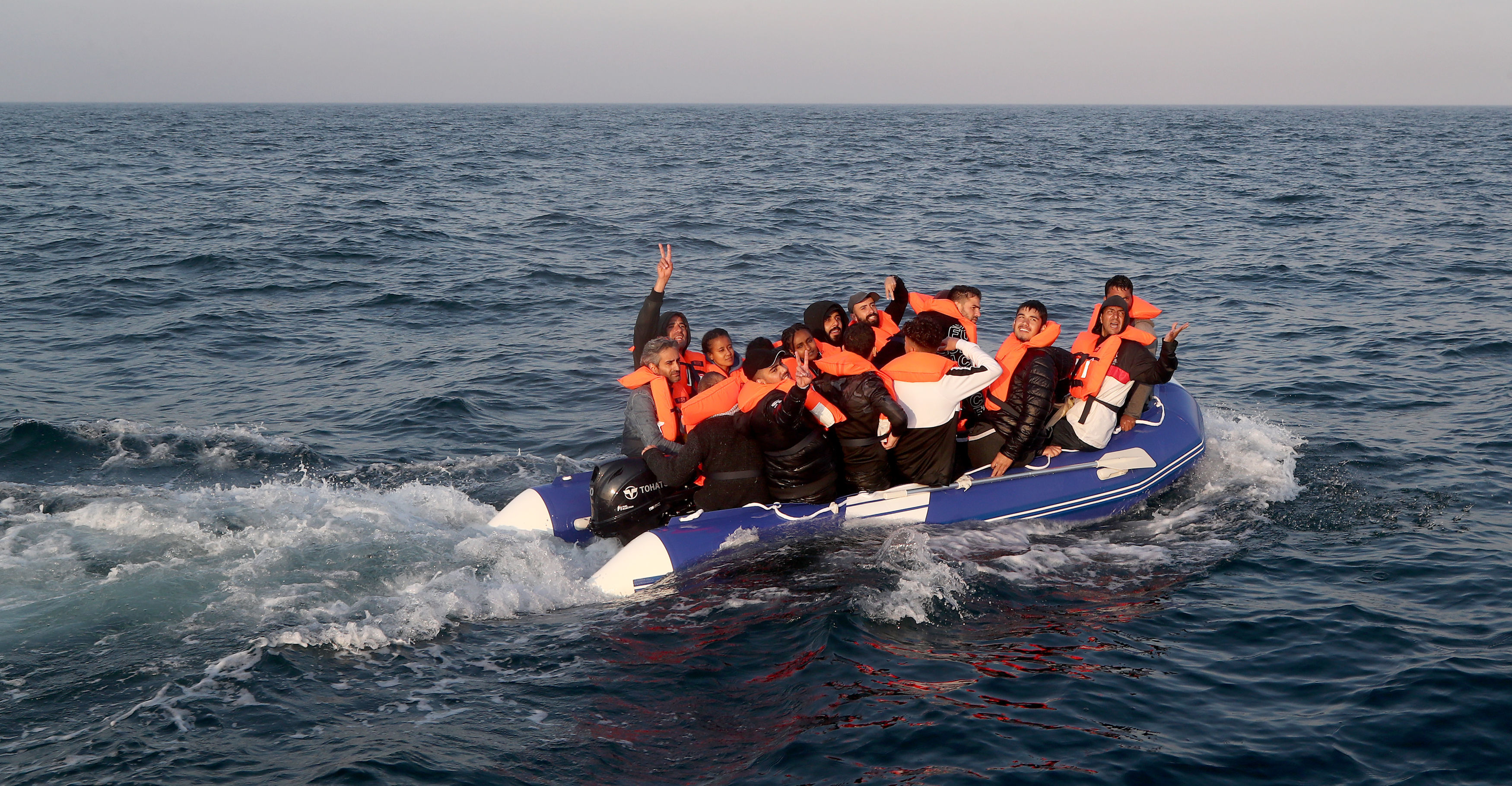 People come to the UK hoping that life will improve for them. But for many, their arrival in the UK is just the next link in a chain of misery. The majority of migrants do not have the right to work in the United Kingdom. So even if they want desperately to find a job, they must rely on State support. Housing is provided, but often in “hard to let” properties which council tenants do not want to live in.

Cash support is currently set at £37.75 per person, per week. That amounts to just £5.39 A DAY for ALL of their food, sanitation and clothing. All too often, these migrants, while waiting for refugee status, fall prey to criminals who then control these desperate people by forcing them into illegal activities once they arrive. They risk ending up working for a pittance in a black market economy or face other exploitative situations. They are helpless and desperate.

These people have risked their lives to get here and they need our help. And while there are thousands of migrants who need to be here, there are also illegal immigrants. Despite repeated pledges by Priti Patel, the Home Secretary, to tackle the issue, a new study shows that the Government’s hostile environment policy is failing to combat illegal immigration.

The new analysis of official Home Office data by the Institute for Public Policy Research shows that in the past five years the number of people without the right to live in Britain who have chosen to return home has fallen by more than 50 per cent.

The report found that “systemic flaws” in the policy were forcing illegal immigrants to the margins of society, without access to legitimate housing and jobs, but they were still not leaving. Clearly there is no easy solution to this incredibly difficult situation. But we need an urgent review of our policies to bring an end to this chain of misery by working with the other European authorities to stop this vile migrant trade for good.

Migrants need to enter through the correct channels in any country. Most of us are happy for people to come to live in the UK if they make a contribution by learning the language, working, paying taxes and living by our rules. But we cannot support people who come with the singular intention of living off the system, especially now, in times of economic hardship, when we already have UK citizens relying on food banks.

HOW THE HEL DOES SHE DO IT? 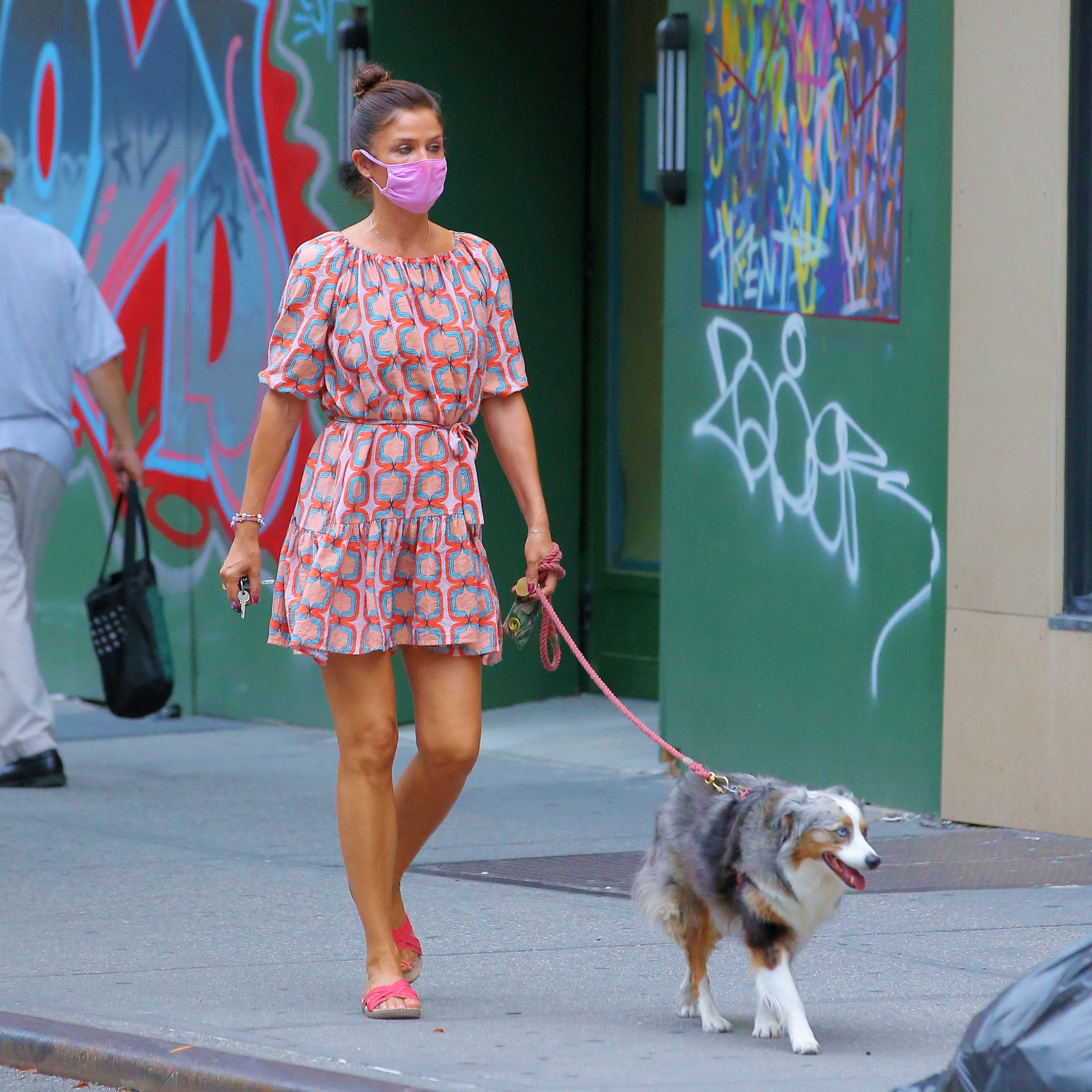 SEEING supermodel Helena Christensen walking her dog while wearing a pink face mask that perfectly matched her outfit made it seem almost desirable to wear one.

I speak as someone who just got back from walking the dog in my PJs and slippers (one of my little lockdown legacies I’m not giving up in a hurry). 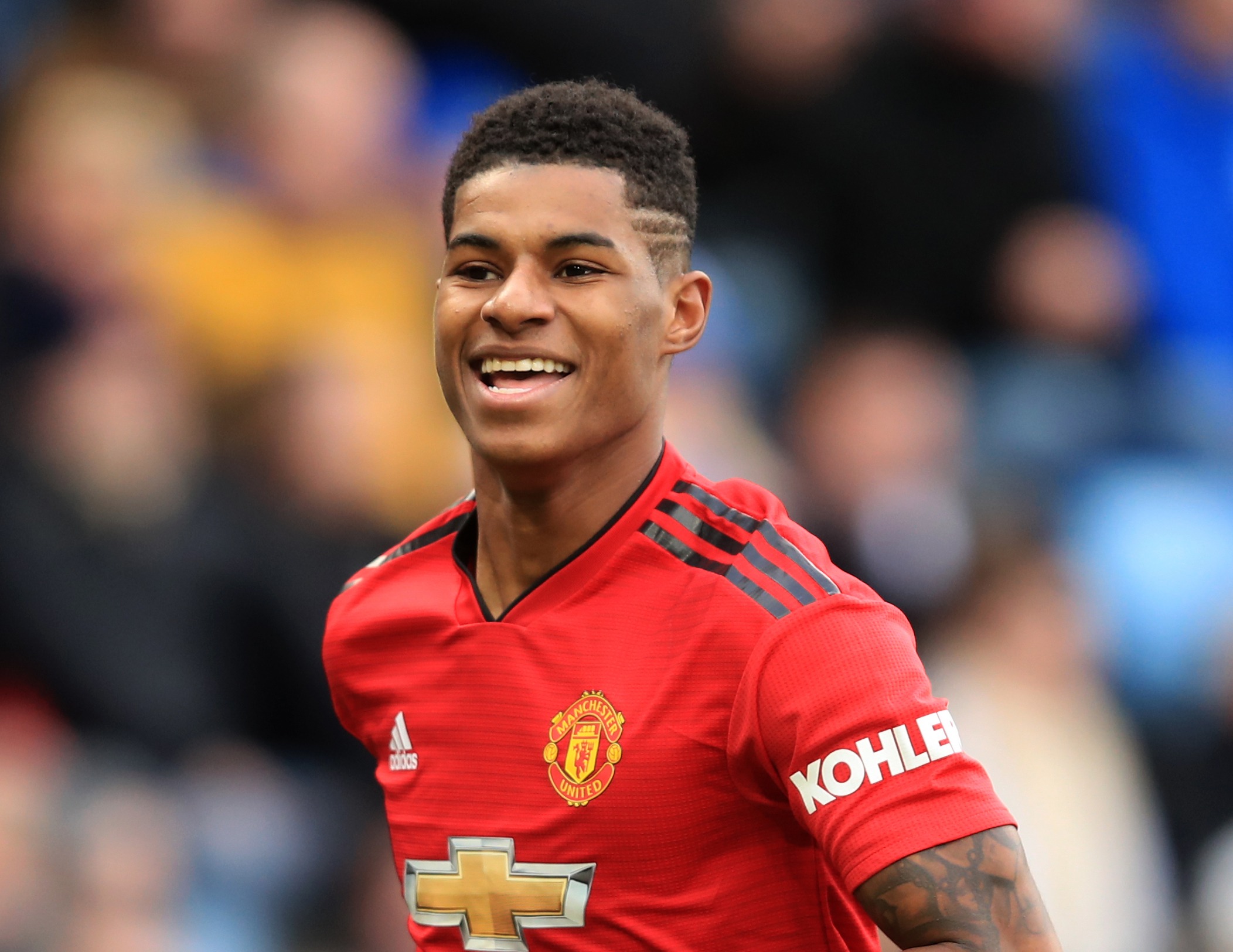 IT was very poignant and moving reading about how 22-year-old footballer Marcus Rashford is still haunted by the memory of his mother crying herself to sleep as she struggled to provide for her family.

Writing an open letter to MPs as he launched a new drive against child poverty this week, the Manchester United and England striker said his mother Melanie would return home after a 14-hour shift only to be tormented by her struggle to make ends meet.

This talented young man has already achieved a lot in his young life, using his football fame and influence for something good. And he has done brilliantly.

But he has not forgotten his past. In fact, he is clearly driven forward by it – and by Melanie, who sounds remarkable. 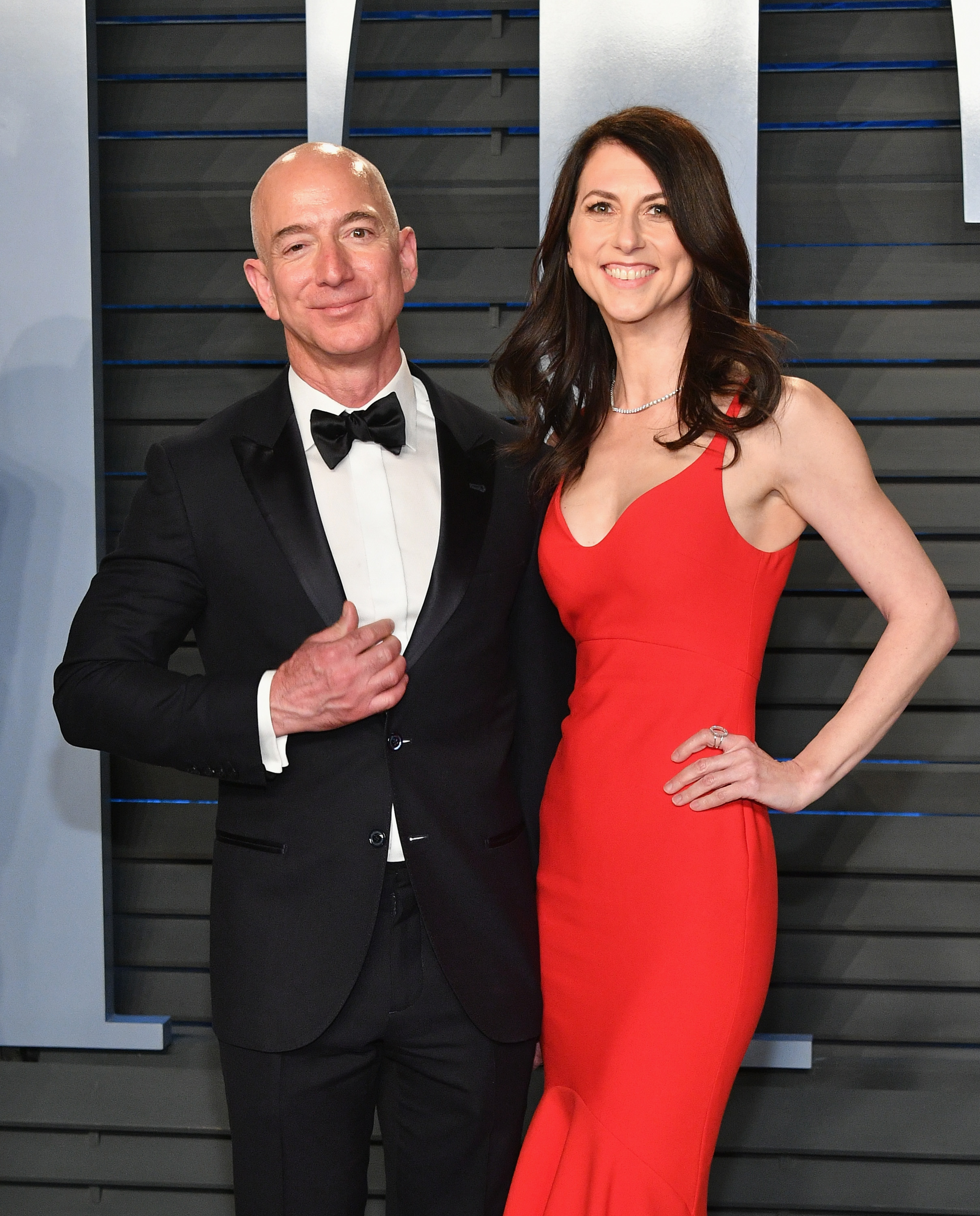 DESPITE the devastation, coronavirus has produced some winners – and there is no denying that one of the biggest is Amazon founder Jeff Bezos.

Stocks in the online giant skyrocketed off the back of the pandemic as we all stayed at home and ordered everything to be delivered. Some people resent Bezos making so much money, but there is an upside. His ex-wife MacKenzie Scott owns a four per cent stake in Amazon and is determined to put her windfall to good use.

Scott has become the world’s richest woman after Amazon shares surged, adding another $30.3billion to her bank balance in the past year – taking her net worth to a staggering $67.4billion.

So what is she going to do with all of this dough?

She has already given away $1.7billion to non-profit organisations as part of The Giving Pledge – a commitment among some of the world’s richest to donate the majority of their wealth.

I love this story. Not just because MacKenzie is classy, generous and deserves it (after all, she helped Jeff Bezos build his business). But mainly because revenge is a dish best served cold. I’m pretty sure the “new woman”, Lauren Sanchez, is choking over this.

ACCORDING to new research, parents should limit their pre-teens to less than two hours of television a day to improve their achievement in school.

But I don’t know any kids who watch TV for two minutes, let alone two hours.

TV is dead for the younger generation – and research about their habits should reflect as much. 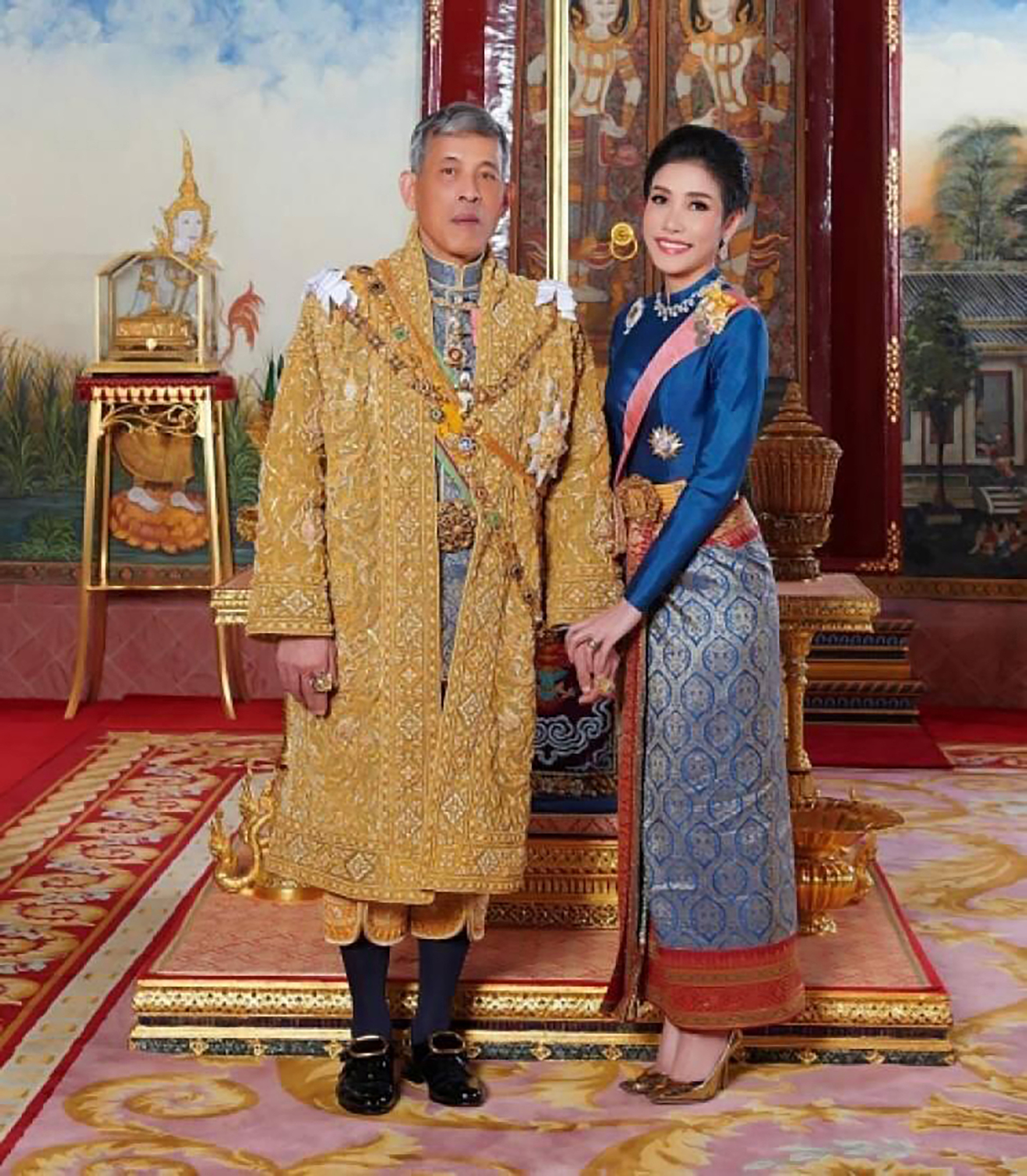 IF you think you’re having a bad day, spare a thought for Sineenatra Wongvajirabhakdi, the newly reinstated mistress of Thailand’s king, who has been having a bit of a rollercoaster time of late.

She was officially declared King Maha Vajiralongkorn’s royal consort last week after being released from jail, where she was sent after being accused of seeking to undermine the monarch’s official wife, the country’s queen.

But now she is out of jail and, lucky her, free to rejoin the king’s harem in what is surely the very definition of Hobson’s choice.

It beggars belief, doesn’t it, that in 2020 this is allowed to happen. 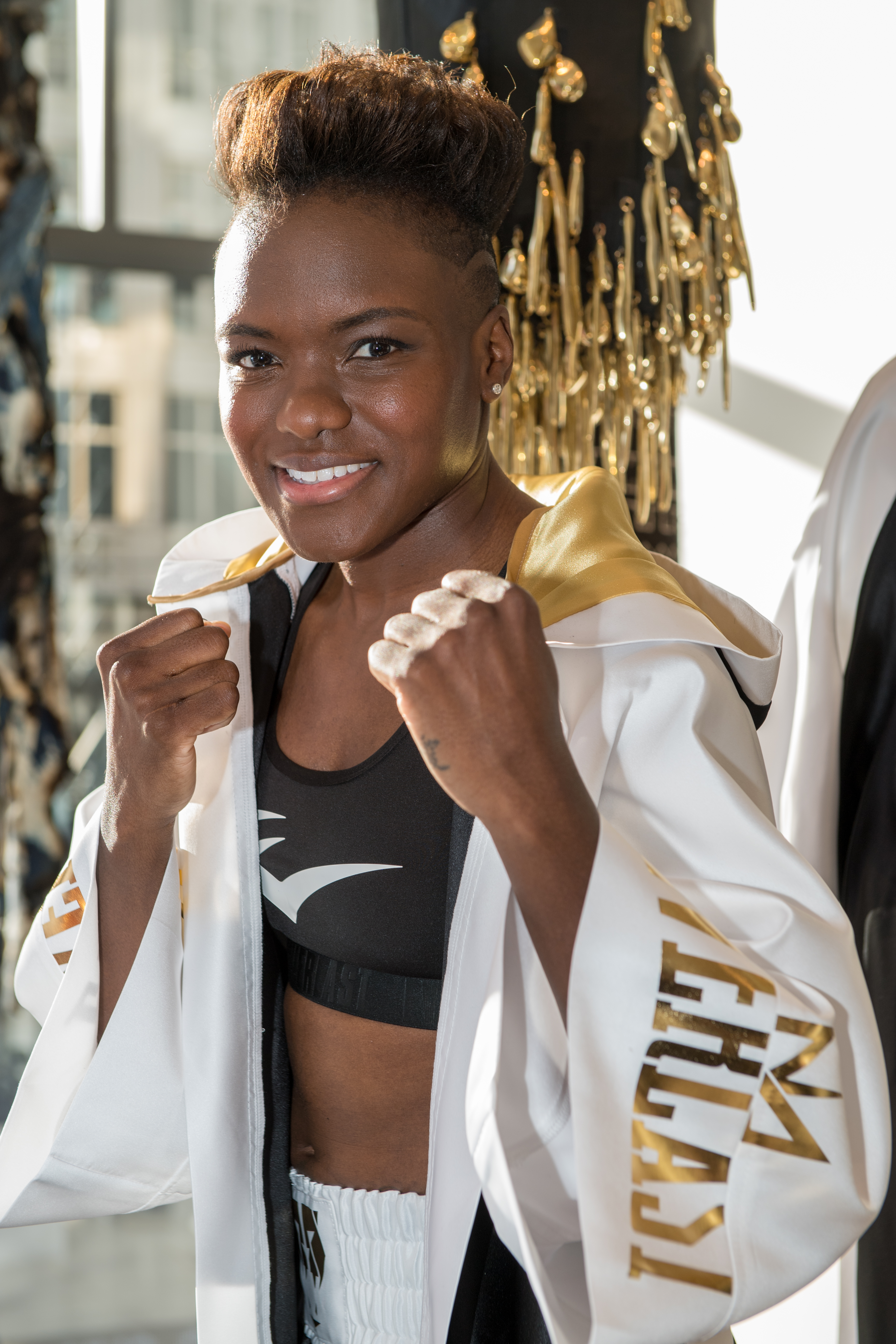 ALL credit to Olympic boxer Nicola Adams for suggesting to Strictly Come Dancing bosses that she is paired with a woman.

As a result she is set to make history by becoming part of the show’s first same-sex pairing.

In a way it is truly astonish- ing that it has taken this long for one of our most loved series to represent the reality that not everyone is heterosexual.

I can’t see what all the fuss is about.