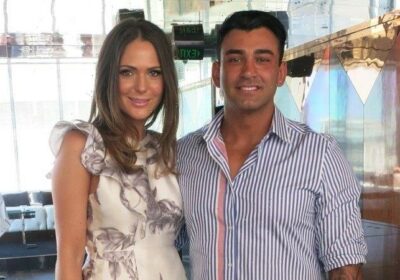 Mick Gatto’s son-in-law is appealing against a conviction for trying to possess 22 kilograms of cocaine smuggled into Australia from Mexico in Xerox printers, arguing a judge in his trial improperly addressed the jury that ultimately found him guilty.

Danny Awad – who is married to the underworld figure’s daughter, Sarah – was in November 2019 jailed for 15 years, to serve at least a decade before he is eligible for parole, after a County Court jury found him guilty of attempting to possess a commercial quantity of cocaine. 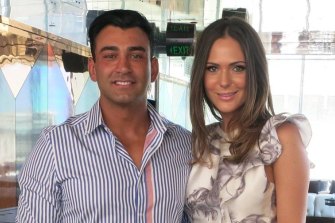 The jury convicted Awad and friend John Tambakakis after being told that in May 2017 they began unpacking one of the printers, which arrived in Melbourne with blocks of cocaine hidden in the paper trays. The total haul of cocaine found in five printers had a street value of up to $12 million.

Tambakakis was also found guilty of attempting to possess a commercial quantity of cocaine and jailed for 15 years, to serve 10 years before he is eligible for parole. There is no suggestion Mr Gatto was involved in the offending.

Awad, 42, and Tambakakis, 37, have since launched appeals against their convictions based on arguments that the jury’s verdicts were unreasonable and that the trial judge, Mark Dean, improperly instructed jurors before they began deliberations.

Bret Walker, SC, for Awad, told the Court of Appeal on Tuesday that Judge Dean instructed, rather than advised, the jury that two pieces of evidence “are” significant instead of “may be” significant. The difference in the language, Mr Walker said, meant the jury put extra emphasis on that evidence. 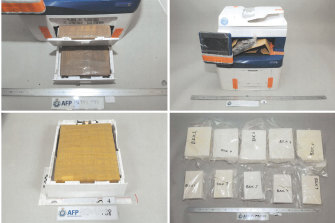 The barrister did not outline which parts of the evidence he said had extra weight put on them.

Mr Walker said by putting extra emphasis on parts of the prosecution case, Judge Dean disadvantaged Awad’s defence. Awad wants his conviction quashed and his case to go to a retrial.

Dermot Dann, QC, for Tambakakis, said his client’s guilty verdict was unreasonable because another man’s palm print was found at an Airport West warehouse where the printers were held. Mr Dann said the print highlighted an inconsistent narrative in the prosecution case against Tambakakis and Awad.

“This palm print at the factory spells an end to the prosecution case,” Mr Dann said.

Prosecutor Patrick Doyle said Judge Dean was entitled to tell the jury how it could consider the evidence, including the testimony Tambakakis gave.

It was “perfectly legitimate” for Judge Dean to have told jurors it was open for them to consider that Tambakakis got in the witness box as a “last throw of the dice”, Mr Doyle said. He told the appeals judges there was also evidence that both men were at the warehouse with the printers, and that they got in a van and fled when they discovered a surveillance device in one of the printers.

Lawyers for Awad and Tambakakis are also appealing against the lengths of their sentences, should the appeals judges rule that the convictions stand.