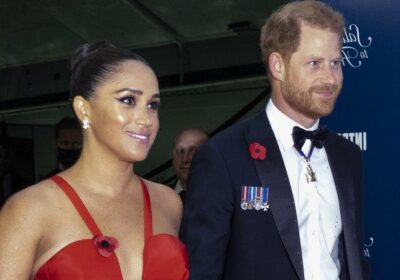 London: The Duchess of Sussex has apologised for misleading a British court about the extent of her co-operation with the authors of a sympathetic book about her and Prince Harry.

The former Meghan Markle is embroiled in legal action in London over a newspaper’s publication of portions of a letter she wrote to her estranged father after her 2018 marriage to Harry, a grandson of Queen Elizabeth II. 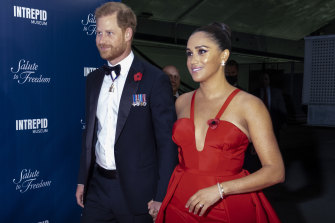 Prince Harry and Meghan, pictured in New York this week.Credit:AP

She sued the publisher of the Mail on Sunday and the MailOnline website for breach of privacy and copyright. A High Court judge ruled in her favour in February, saying publication of the letter Meghan wrote to her father, Thomas Markle, was “manifestly excessive and hence unlawful”.

Publisher Associated Newspapers is trying to overturn that decision at the Court of Appeal. The publisher argues that Meghan wrote the letter knowing it might be published, and made private information public by co-operating with Omid Scobie and Carolyn Durand, authors of Finding Freedom.

The duchess’ lawyers have previously denied that she or Harry collaborated with the authors. But the couple’s former communications director, Jason Knauf, said in evidence to the court that he gave the writers information, and discussed it with Harry and Meghan.

In a witness statement, Knauf said the book was “discussed directly with the duchess multiple times in person and over email”. Emails released as part of Knauf’s statement showed he also emailed Harry to discuss the book and to say he would meet the authors.

Knauf said Harry replied: “I totally agree that we have to be able to say we didn’t have anything to do with it. Equally, you giving the right context and background to them would help get some truths out there.”

In a witness statement made public on Wednesday, Meghan accepted “that Mr Knauf did provide some information to the authors for the book and that he did so with my knowledge, for a meeting that he planned for with the authors in his capacity as communications secretary”. She added that “the extent of the information he shared is unknown to me”.

The duchess said she did not remember the discussions with Knauf when she gave evidence earlier in the case, “and I apologise to the court for the fact that I had not remembered these exchanges at the time”.

“I had absolutely no wish or intention to mislead the defendant or the court,” she said.

Associated Newspapers says Knauf’s evidence also undermines Meghan’s claim that she did not intend the letter to be seen by anyone but her father.

In his witness statement, Knauf said the duchess “asked me to review the text of the letter, saying ‘obviously everything I have drafted is with the understanding that it could be leaked’.”

Knauf said Meghan asked whether she should address her father in the letter as “Daddy,” adding that “in the unfortunate event that it leaked, it would pull at the heartstrings”.

In her own written evidence, Meghan, 40, said she had not believed that her father “would sell or leak the letter, primarily because it would not put him in a good light”.

“To be clear, I did not want any of it to be published, and wanted to ensure that the risk of it being manipulated or misleadingly edited was minimised, were it to be exploited,” she said.

Lawyers for Meghan told the Court of Appeal on Thursday that if she had wanted to put the letter to her father in the public domain, the Finding Freedom book would have been the “perfect opportunity” to do so.

The appeal continues on Thursday before three senior judges. A ruling is expected at a later date.

Meghan, a former star of the American TV legal drama Suits, married Harry at Windsor Castle in May 2018.

Meghan and Harry announced in early 2020 that they were quitting royal duties and moving to North America, citing what they said were the unbearable intrusions and racist attitudes of the British media.