Meghan admits giving her version of events to biography writers London: Meghan, the Duchess of Sussex, passed information to the authors of a book about her and Prince Harry's break with the British royal family despite previously dismissing claims that she co-operated with the Finding Freedom writers as a "conspiracy theory". 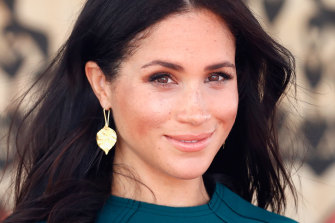 In new documents lodged with the High Court in London, she reveals she was concerned that "her father's narrative" — that she had abandoned him and cut off contact — might be repeated, prompting her to intervene.

The duchess says she gave her own version of events to someone else to pass on, so "the true position… could be communicated to the authors to prevent any further misrepresentation".

It has also emerged that the 39-year-old wrote to her estranged father, Thomas Markle, on the advice of two "senior" members of the royal family.

The relatives are not named but it is known that the Sussexes went to stay with Prince Charles and Camilla, the Duchess of Cornwall, at the Castle of Mey in Caithness — their home on the north coast of Scotland — in August 2018, shortly before the letter was sent. 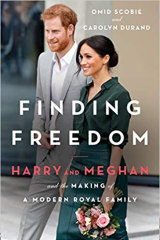 The cover of the book about Harry and Meghan.

Meghan is suing Associated Newspapers, the owner of The Mail on Sunday, for breach of privacy and copyright after it published extracts of the letter.

But lawyers on behalf of the newspaper allege that she breached her own privacy because she "permitted" details about her life to be shared with the authors of Finding Freedom, including "information about the letter".

In September, the duchess's legal team strenuously denied the allegation that she collaborated on the book, describing the argument as "false", "fantastical" and "a conspiracy theory".

Justin Rushbrooke QC said in written submissions that instead of getting information from confidential sources all the authors did was "collate a vast amount of scraps of information".

However, the amended court documents reveal that the duchess was "concerned" that her father's allegations would be repeated, despite being false.

She therefore told some people she knew had already been approached by the book's authors, Omid Scobie and Carolyn Durand, that they could convey "the true position".

Despite the intervention, she insists that she did not speak to Scobie or Durand about the book, never meeting them or being interviewed formally or informally.

She is said to be unaware to what extent "this one item of information concerning her communications with her father" was shared.

She also admits that she does not know if the Kensington Palace communications team provided any information on her behalf.

The letter at the heart of the case was sent to Markle three months after the Sussex's wedding in May 2018.

In it, the duchess accused her estranged father of breaking her heart "into a million pieces". Once she had decided to write it, she informed her close confidante Jason Knauf, Kensington Palace communications secretary at the time, who had been speaking to her father on a regular basis in the run-up to the wedding. Knauf was responsible for telling other senior members of the royal households of the plan, the documents reveal.

The duchess spent "many hours" working on a draft of the letter on her iPhone and shared it with both her husband and Mr Knauf "for support as this was a deeply painful process that they lived through with her", she states.

Knauf "provided feedback" in the form of "general ideas", but no actual wording.

Her lawyers argue that despite external collaboration, there was no discussion about the letter being used as part of a "media strategy" to enhance her image.

The document adds: "For the avoidance of doubt neither Mr Knauf (nor anybody else) created any part of the electronic draft or the letter.

"The claimant, and the claimant alone, created the electronic draft, which she then transcribed by hand to her father as the letter."

The Mail on Sunday has argued that as the letter is not wholly original, the duchess is not protected by copyright.

It has alleged that the letter simply recites "pre-existing facts and admonishment" including the duchess's views of Markle and his conduct, and is therefore not her "own intellectual creation".

A 10-day trial scheduled for January was recently postponed for at least nine months after Meghan won a delay on confidential grounds.