A medium has blasted Poundland as being ‘utterly irresponsible’ for flogging ouija boards for Halloween.

Clairvoyant Julie Tetley claims the devices can ‘destroy people’s lives’ and ‘spirits can cause suicides’.

She fears she will be ‘busy in the next couple of months’ dealing with the fall-out from people dabbling in the dark arts by inadvertently summoning sinister spirits using the £1 prop. 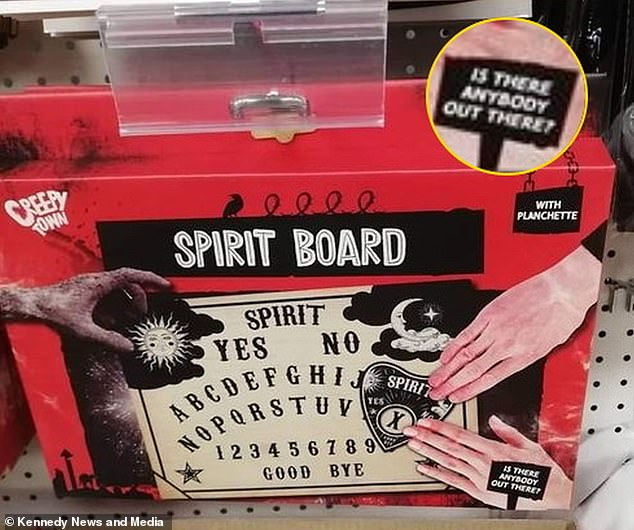 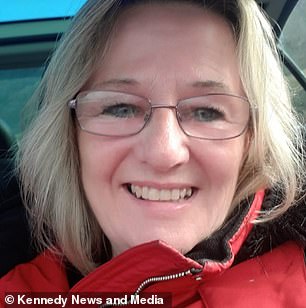 The 64-year-old medium was horrified to discover the boards, a firm favourite in horror movies, were being sold as a Halloween decoration in the Scarborough branch of the store.

Although Julie accepts the board is merely a tool, she says it encourages people to ‘open up their energies’ and communicate with spirits – some more ‘sinister’ than others.

She claimed people should leave the so-called ‘game’ well alone as she believes the evil spirits can lead to suicides among those they ‘attach’ to.

Poundland is selling its Spirit Board for £1 nationwide as part of its ‘Creepy Town’ Halloween displays. 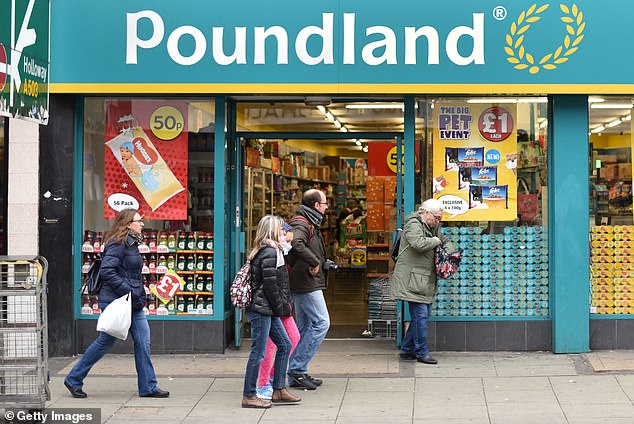 Julie, from Scarborough, said: ‘It’s totally and utterly irresponsible for Poundland to be selling this, it’s horrendous.

‘Children will buy them, they just want fun. They see it on TV, they don’t understand what they’re doing, it can destroy their lives in every way.

‘It can bring negative influences around you all the time. They need to know the intent of using these boards is to speak to the spirit.

Poundland was slammed for the product on social media, with this Twitter user calling it ‘a dangerous occult game’

Claire Baxter called for the removal of the products, branding Poundland ‘recklass and stupid’ 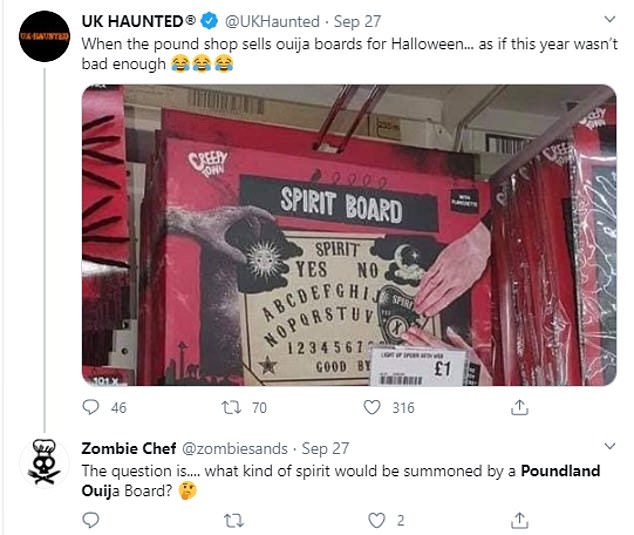 Other social media users saw a lighter side to the props, joking that 2020 had been through enough 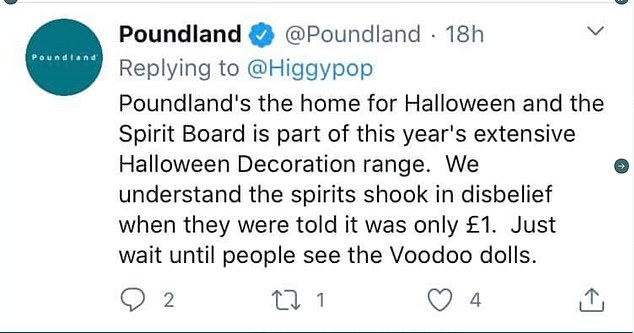 Poundland responded on social media with a comedy retort, saying the ‘spirits shook’ when they saw how cheap the ouija boards were being sold for

‘Sometimes people say ‘this board doesn’t work, it hasn’t moved’ but they’ve already opened up that channel to spirits, then they’ll know about it later.’

A medium all her life, Julie said that those untrained in energies may find themselves at the mercy of ‘unscrupulous’ characters looking to take advantage of them.

What is a ouija board? 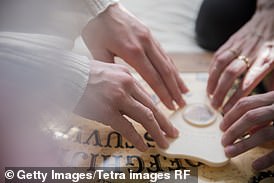 Ouija boards were a popular pastime in the 19th century

A ouija board is a device used in occultism to summon spirits.

This is usually done with the help of a medium, through a gathering known as a seance.

A ouija board is typically a wooden board with the letters of the alphabet inscribed on it.

Traditionally it is accompanied by a smaller wooden piece which slides over the surface of the board.

Each participant places a finger on the small board, which then slides about because of the resultant pressure.

The letters pointed out by the apex of the board may in some instances spell out words or even sentences.

Although modern opinions on the practice are more skeptical.

‘Their personality is still who they are [in spirit form].

‘If a darker energy attaches itself to someone who’s naive they can just take advantage – they can cause stress and worry.

‘They’ll give them information that’s right then all of a sudden this board will spell out something like there’s going to be a fatal accident or one of your parents is going to be killed.

‘They’ll say something horrendous and have that person worried because the other things they’ve given have been true.

‘It can cause a lot of stress, the spirit can start to manipulate through their mind – giving them bad thoughts and giving them thoughts of suicidal tendencies.

‘It can almost cause suicide in the long-term so it’s very, very dangerous.’

Concerned Julie said spirits summoned through a ouija board can cause lingering problems for years to come and advises people to avoid using them.

Julie said: ‘Time’s nothing to spirits, they can lie dormant for years and suddenly surface.

‘Like Einstein said ‘you cannot destroy energy, it just changes form’. My advice is to steer clear of ouija boards.

‘I know people are interested around Halloween as they want to do what they call ‘spooky’ things, it’s certainly not for the faint-hearted.

‘They should leave it well alone and do something else.’

The item appeared to have been removed from Poundland’s website, however the brand backed the device and joked about how the spirits would simply be stunned by the low price.

A Poundland spokesman said: ‘Poundland is the home for Halloween and the Spirit Board is part of this year’s extensive Halloween Decoration range.

‘We understand the spirits shook in disbelief when they were told it was only £1. Just wait until people see the Voodoo dolls.’