MCCAIN: Meghan Markle should pursue her delusional run for president 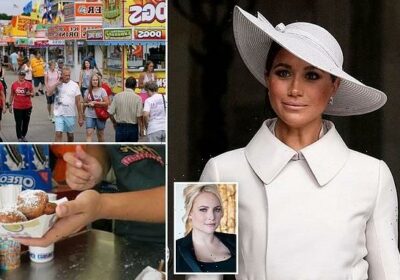 MEGHAN MCCAIN: I wish Meghan Markle would pursue her delusion plans to run for president for no other reason than to see The Duchess eating deep-fried Oreos at the Iowa State Fair. Of course – she never would

Meghan Markle is suffering serious delusions if she truly believes that she will ever become President of the United States of America.

There, I said it.

Now can we please stop entertaining this abject stupidity?

The first inklings of this ridiculous idea surfaced in 2020 when ‘a close friend of the royal’ told Vanity Fair that ‘The Duchess’ refused to give up her American citizenship, because she had designs on the White House.

Last year, she fueled the fantasy again with reports that she was networking with senior Democrats.

After the tragedy in Uvalde, Texas, she arrived out of the blue for a tasteless photo-op at a memorial for the victims.

And this week she set the rumor mill spinning again when she sat down with feminist icon Gloria Steinem for an interview with Vogue Magazine — arguably the least influential political magazine in the country — to talk about the Supreme Court decision overturning Roe V. Wade.

Meghan recounted Prince Harry’s ‘guttural’ reaction to ruling, because ‘my husband is a feminist.’

She went on to say that she and Gloria will be ‘taking a trip to DC together soon.’

I didn’t always feel this way about Meghan.

I, like millions of other Americans, first heard her name when she got engaged to Prince Harry. 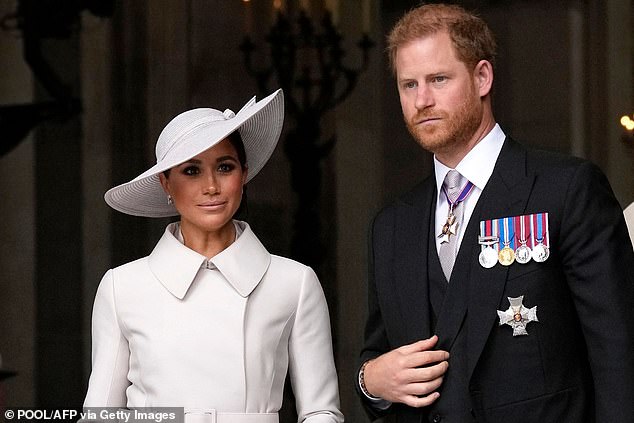 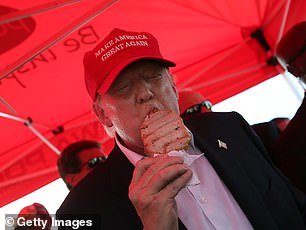 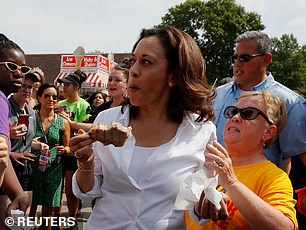 Everything about their relationship seemed hopeful and positive. Their union appeared to symbolize progress and modernity.

Meghan is older than Harry, divorced and biracial. She appeared to be independent and vocal about the world in a way that we had not seen among other modern royals.

It was exciting for Americans to finally share in the pomp and circumstance of a royal wedding. (Unless you count Jay-Z and Beyoncé.)

But four years later, my opinion of both has shifted.

I didn’t understand their need to air all the royal dirty laundry to Oprah like a confessional in an episode of The Kardashians.

But I still felt inclined to publicly support Meghan because the allegations of racism in the Royal Family were so disturbing.

Then Prince Harry started trashing his new adoptive country, as Meghan cheered him on.

He called the First Amendment ‘bonkers’ and it went on from there with increasingly woke and judgmental rhetoric about conservative values and anything that wasn’t straight out of the Obama ideological playbook.

In fact, Harry and Meghan don’t really do much of anything anymore except sign podcasts deals that fail to produce podcasts and bitch about everything that is wrong with America.

Which brings us back to Meghan’s alleged presidential ambitions.

First, it is a privilege to run for President of the United States and these are desperate times in our country. 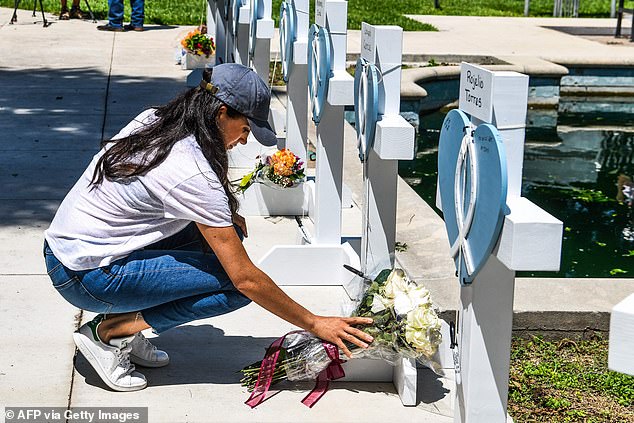 After the tragedy in Uvalde, Texas, she arrived out of the blue for a tasteless photo-op at a memorial for the victims

We need more than an ex-C list actress-turned-royal with no civic or political experience to speak of.

Marrying a prince doesn’t make you a leader. It makes you a celebrity and I thought Democrats were sick and tired of celebrity presidents.

To be president you have to put yourself in the shoes of good and decent American voters. The same people that they seem to constantly disparage.

Meghan and Harry epitomize the out of touch, hypocritical liberal who lectures us about environmentalism while flying around on gas-guzzling private jets.

Second – and most obviously – she doesn’t have what it takes.

You want to be president and make it to the Emerald City? You got to make your way through Oz first and there’s nothing glamorous about that.

You will be spending all your time on the move — on buses or commercial planes.

Forget about your private jet or even first-class. That’ll be seen for what it is – elitist.

You’ll be stopping at road-side cafes, VFW halls and the homes of ordinary citizens, who are nice enough to support your campaign.

You’ll talk to voters at firehouses, local town meetings, pancake breakfasts, and literally everything in between.

You will be eating whatever is available, which more often than not are donuts and fast-food breakfasts.

That’s right — no keto, organic or artisanal anything.

You will go to the Iowa State Fair and eat deep-fried Oreos (though on second thought — that may make this entire delusion ordeal worth it).

Most of your day will be spent with a small team of advisors. But the most talented ones will have already hitched their wagons to a candidate with better prospects.

You will have to stand in front of packed rooms and convince voters why you are the best choice and answer difficult questions.

Questions that I am certain you have never thought about like: How do you feel about ethanol in Iowa? How will you help veterans suffering from the devastating effects of exposure to burn pits? What are you going to do about the humanitarian crisis at the southern border?

And maybe most difficult of all for you: Why should Americans want a British Royal as our first First Gentleman?

People will tell you how much they hate you to your face and that they have no reason to trust you. 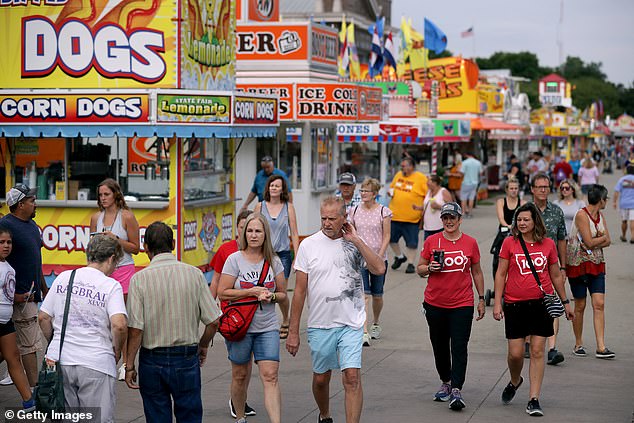 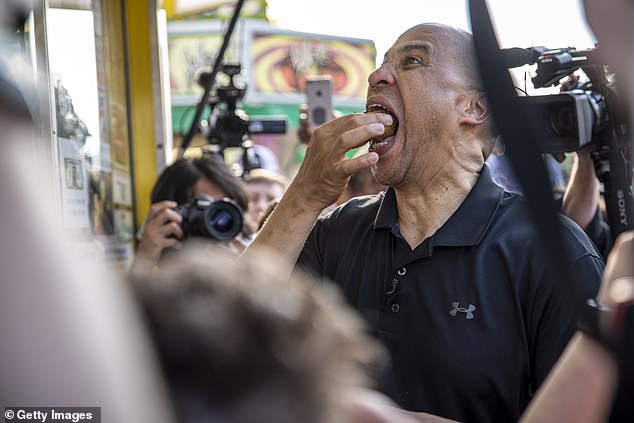 You will get sweaty, your makeup won’t stay in place, you won’t be able to wear $6,000 designer outfits.

You will go to places like Sioux Falls, Sioux City, Dixville Notch, New Hampshire, Greenville, South Carolina and tiny towns in the south.

You will go to sad regions of Nevada that have been savaged by the broken promises of past politicians. Places filled with people weighed down by years of shattered dreams.

You will have to check your ego at the door because none of this is about you. This is about making our country a better place.

Oh, and your children, of whom you are so protective, will be in the spotlight.

The American public will expect you to bring them on the campaign trail and on stage at your rallies. America elects a president and a first family.

Now, does this sound like something that Meghan Markle and Prince Harry will subject themselves to?

Meghan, trust me, you don’t want to run for president. And I can assure you, the American public doesn’t have any interest in voting for you anyway.

I suggest you stick to giving softball interviews and showing up to cocktail parties.

That’s what you’re good at – you are royalty, remember.