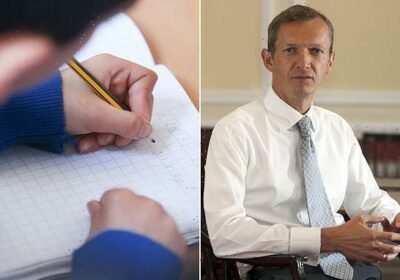 Maths should be called numeracy to make it ‘less scary’ and help people cope with cost of living crisis, top economist says

The subject of maths should be referred to as numeracy to make it sound ‘less scary’ and help people budget during the cost of living crisis, a top economist has said.

Andy Haldane, formerly the Bank of England’s chief economist, said that calling the subject numeracy would help people use it in their everyday lives and convey the importance of numbers.

It comes as research shows that millions of Britons are burying their head in the sane over the cost of living crisis because they lack the number confidence to work out their finances.

A study carried out for National Numeracy Day found that the price hikes of everyday goods like groceries have left 45 per cent of people struggling to budget.

In an interview with the Times, Mr Haldane said: ‘The important thing about numeracy is not to call it mathematics.

‘Numbers are important […] because it’s important that we can live our lives in a financially sustainable way, making choices about money and savings, spending and pensions and jobs, and all those things that we know are really important to us. 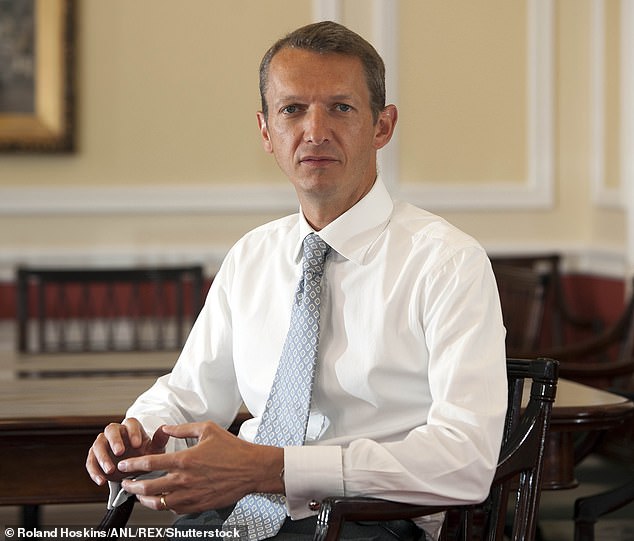 Andy Haldane, former head of the Bank of England, has said maths should be called numeracy to make it seem less scary to and to help more people budget in the cost of living crisis

‘Calling it mathematics […] makes it sound quite conceptual. Some people don’t get conceptual stuff.’

Mr Haldane has previously admitted he struggled at times as he did not take A-Level mathematics.

The 54-year-old revealed in 2020 he had to teach himself A-level maths skills ‘one very difficult summer’ before pursuing a degree in economics at The University of Sheffield.

After leaving the Bank of England, he was appointed as head of the Government’s Levelling Up task force in September 2021.

He told the Times newspaper that while it was ‘culturally unacceptable’ to be unable to read, ‘we have got a frighteningly large number of adults in this country with low numeracy.’

He added that the cost of living crisis means that numeracy skills are more important now than ever. 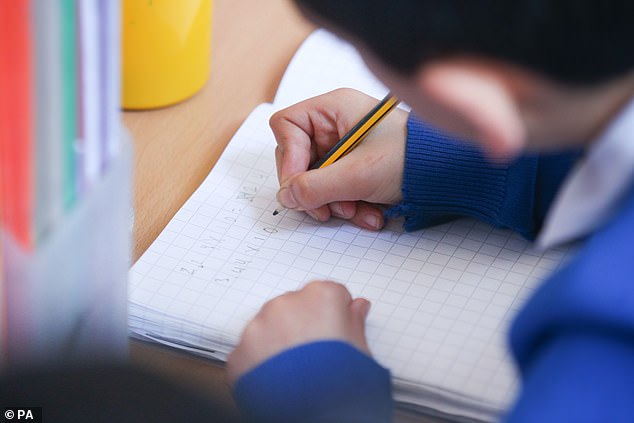 It comes as the charity National Numeracy teamed up with professional services firm KPMG to conduct research to mark National Numeracy Day today and found that two fifths of Brits are avoiding thinking about the rise in the cost of living.

The study also found that nearly seven in 10 of those were feeling there is little they can do, or that it’s simply out of their control.

While half of adults said they confidently know their total monthly outgoings, 45 per cent rely either entirely or in part on some else to take care of the bills for them.

More than a third (36 per cent) also admitted that it is just too stressful to even begin to think about how they’re going to pay the bills.

Bina Mehta, Chair of the professional services firm in the UK, said: ‘The rising cost of living puts our nation’s numeracy skills firmly under the microscope.

‘We all use numbers to navigate day-to-day life – from understanding interest rates to working out value for money while shopping – yet nearly half of the UK’s working population has the expected numeracy levels of a primary school child. 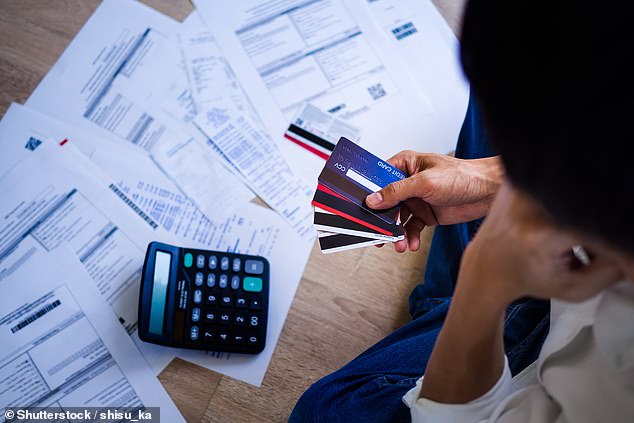 ‘That has real consequences for those lacking confidence, leaving them more vulnerable to debt, unemployment and fraud.

‘Beyond the concerning impact on individuals, poor numeracy skills also inhibit our country’s productivity and ability to tackle inequality.

‘Numeracy – alongside literacy and lifelong learning – is a key building block for improved social mobility. It lays the foundation for a healthier and more inclusive economy.’

The study also found 38 per cent of feel uncomfortable seeking help with everyday maths, such as adjusting a recipe to serve more or fewer people or working out if they’ve received the correct change.

A third said past experiences have made them doubt their mathematics ability, and the same amount feel they always seem to get things wrong.

Of those who do lack number-confidence, 49 per cent would like to improve their numeracy, but don’t know where to start.

While nearly half (49 per cent) have made jokes about their lack of numeracy skills to make light of something they actually worry about.

But 48 per cent believe a lack of confidence surrounding numeracy has held them back, according to the OnePoll figures.

Sam Sims, Chief Executive of charity National Numeracy, said: ‘As this new research shows, low numeracy can prevent us from being in control of our money and seeking help when we need to.

‘But everyone can improve their confidence with numbers – National Numeracy has helped over 420,000 people do just that.

‘Feeling confident with maths can help us make sense of our money and with the cost-of-living crisis, this is more important than ever.

‘National Numeracy Day raises awareness of the importance of numeracy to personal lives, career development and the economy.

‘And it empowers people to take the first steps to improving their number confidence and skills at this critical time.’

Bina Mehta, from KPMG UK, added: ‘Nearly a third of people believe that if you are bad with numbers, there is no way to improve, but we need to dispel that myth. It’s a skill like any other that can be improved.

‘Now more than ever, our collective efforts will help to improve number confidence for all.

‘It may not be a silver bullet in solving the cost-of-living crisis alone, but it is at the heart of helping people confidently navigate it.’