Mathematician cleared over claim he bullied mother over inheritance 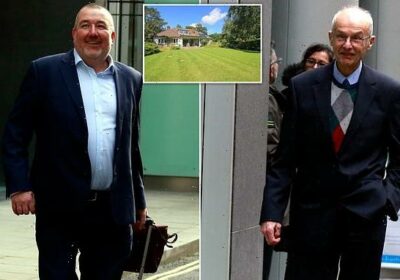 Mathematician accused of bullying 96-year-old mother for bigger slice of her £1.2m fortune wins High Court fight with his nephew over her will

A mathematician accused of bullying his 96-year-old mother to grab a bigger slice of her £1.2million fortune has won a High Court fight with his nephew over her will.

Maths expert Jason Abdelnoor, 76, from Newcastle was accused by Elten Barker of bullying his mother Pamela Abdelnoor into changing her will in 2018, the year before she died.

Pamela slashed the inheritance of Elten and Shelley Barker from £280,000 between them to just £27,000 each – while Jason and his sister Gillian Gibson saw their share rise to £600,000 – including a share of her East Sussex home.

Businessman Elten, 49, claimed his uncle was behind his grandmother’s change of heart, accusing Mr Abdelnoor of exerting an ‘overwhelming degree of undue influence’ over her.

His barrister, Francesca Levett, argued that by 2018 Pamela ‘no longer had the strength to stand up to Jason’.

The High Court heard that Pamela, a retired book-keeper, had intended to split her cash and £800,000 home equally between the families of her four children, but after a dramatic change in her will in 2018, the children of her late daughter Carolyn Barker were almost completely written out.

Jason Abdelnoor (left) was cleared of ‘bullying’ Pamela into changing her will the year before she died in 2019 aged 98. The new will saw Elten (right) and Shelley’s inheritance slashed to about £34,000 each, when they would have got about £280,000 between them

Pamela’s earlier 2012 will left her surviving children – Jason, Gillian and Adam Abdelnoor – 20% each from her fortune, with the share Carolyn would have inherited passing to her children, Elten and Shelley, and the remainder equally to all her grandchildren.

The new will increased the shares of Pamela’s three living children to 25 percent each while splitting the rest between her 11 grandchildren, meaning Carolyn’s children, Elten and Shelley Barker, saw their inheritance slashed to just £27,000 each.

Ms Levett told the judge at trial that despite having worked in finance in her younger days, by the time she changed her will, Mrs Abdelnoor depended on her mathematician son to approve even the most trivial transactions, such as buying a bird-feeder for her garden or growing strawberry plants, he claimed.

But the maths expert, backed by sister Gillian Gibson, 71, insisted he didn’t put undue pressure on their mother and was only ever a ‘dutiful and helpful son, not a coercive bully.’

Ms Levett said it had been Jason who had organised the meeting with a solicitor in order to make the 2018 will, at a time when Mrs Abdelnoor was ‘severely frail’ and suffering frequent urine infections.

‘The court only has to look at the signatures of the testatrix to appreciate how frail she was at the time,’ she said.

‘It is submitted that the evidence supports the contention that Pamela was not acting as a free agent, but rather an ill, weak, elderly and tired 96-year-old who was incapable of making a decision, even for a simple purchase from a catalogue.’ 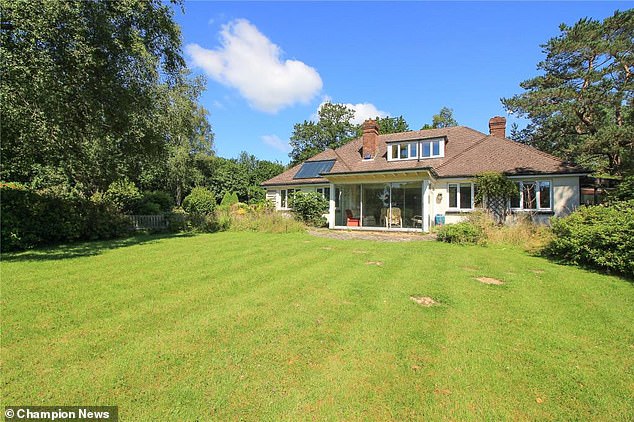 The retired bookkeeper had intended to split her cash and £800,000 home (pictured) equally between the families of her four children

By the end of her life, she couldn’t make even the most trivial decision for herself, claimed the barrister, and relied heavily on Jason, even though he lived in Newcastle, miles from her home in East Sussex.

Elten said his gran referred every cash decision to her son – even when it came to him suggesting that she buy a new bird feeder from a catalogue or a watering system so she could grow strawberries in her conservatory.

‘She knew that she would have liked it because she loved strawberries and cream but she’d always say ‘I need to speak to Jason first’,’ he told the judge from the witness box.

In evidence, Elten told the court he had spent part of his childhood at his grandparents’ sprawling £800,000 home, Mill View Farm, in Hadlow Down, East Sussex, and later moved into a cottage alongside his grandmother’s home to help care for her.

Claiming she would have wanted him to get more than a small share of the grandchildren’s inheritance, he said they had developed a special bond and he moved in to help her out because he was determined that she would never have to go into a home.

Before his grandfather died, he made a promise that he would ensure his grandmother never had to leave her home of 50 years, and did his utmost to keep that pledge, moving from his own substantial home in Crowborough to be near her, he said.

‘I made that promise to my grandfather before his death, that I’d be there to ensure she stayed in her home,’ said Mr Barker.

For Jason and Gillian, barrister James Poole said: ‘Mrs Abdelnoor was a shrewd and intelligent woman who had spent years acting as the bookkeeper for her husband’s businesses,’ he said.

‘She kept active control of her finances throughout her life, though Jason provided her with some assistance in her later years.

‘This was the behaviour of a dutiful and helpful son, not a coercive bully.’

He said the allegation of ‘undue influence’ should never have been made against the uncle, a ‘person of good character who has done nothing to merit the allegations.’

Judge Pester, giving his ruling, said Elten was a man with a ‘strong sense of grievance’ about the 2018 will and there was clearly bad blood between uncle and nephew.

But dismissing all the claims against Jason, the judge pointed out that Pamela had the terms of her 2018 will clearly explained to her by her solicitor and had been adamant that ‘she wanted all the grandchildren to receive the same’.

Although physically frail, she was still mentally sharp enough to ‘know and approve’ the will, said the judge, who concluded: ‘Having heard Jason’s evidence, I do not accept that he coerced Pamela into making the 2018 will.

‘I have been critical of Jason’s evidence in certain respects, in particular the attacks he made in his witness evidence on Elten’s character. However, it would be an unwarranted leap from that to a finding that he coerced his mother into making the 2018 will.’

Jason and Gillian’s brother Adam is a beneficiary to the will, but was not a party in the case.