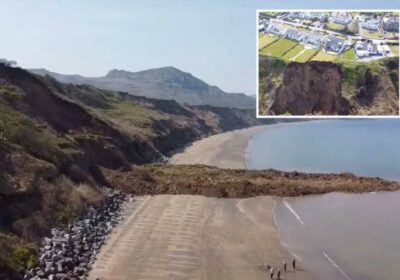 A MASSIVE landslide has crumbled onto a beach today, just 24 hours after beachgoers had flocked to the seaside.

Large parts of clifftop gardens – and even a wooden bench – were carried onto the beach as huge rocks fell at Nefyn, near Pwllheli in North Wales this morning. 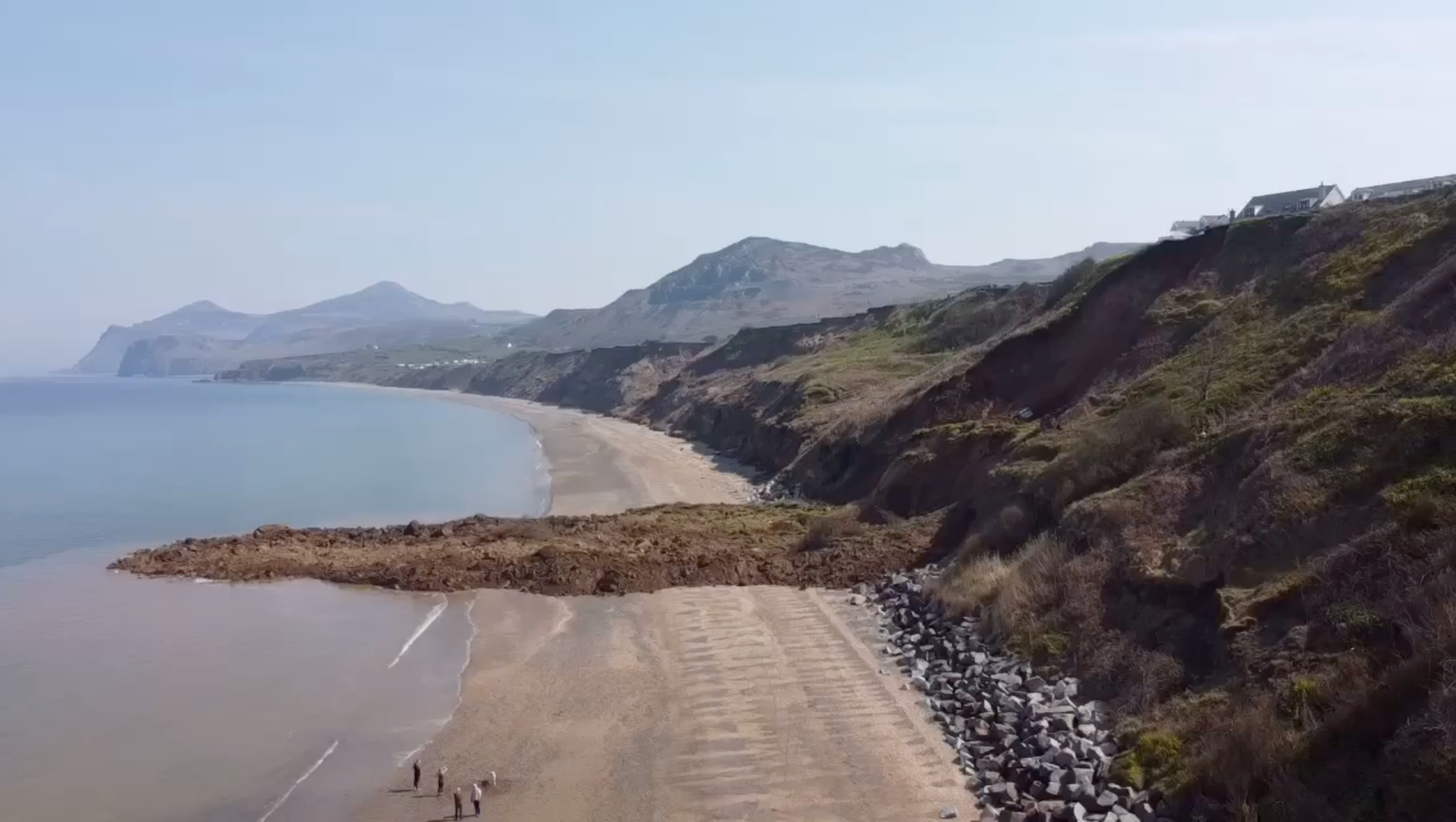 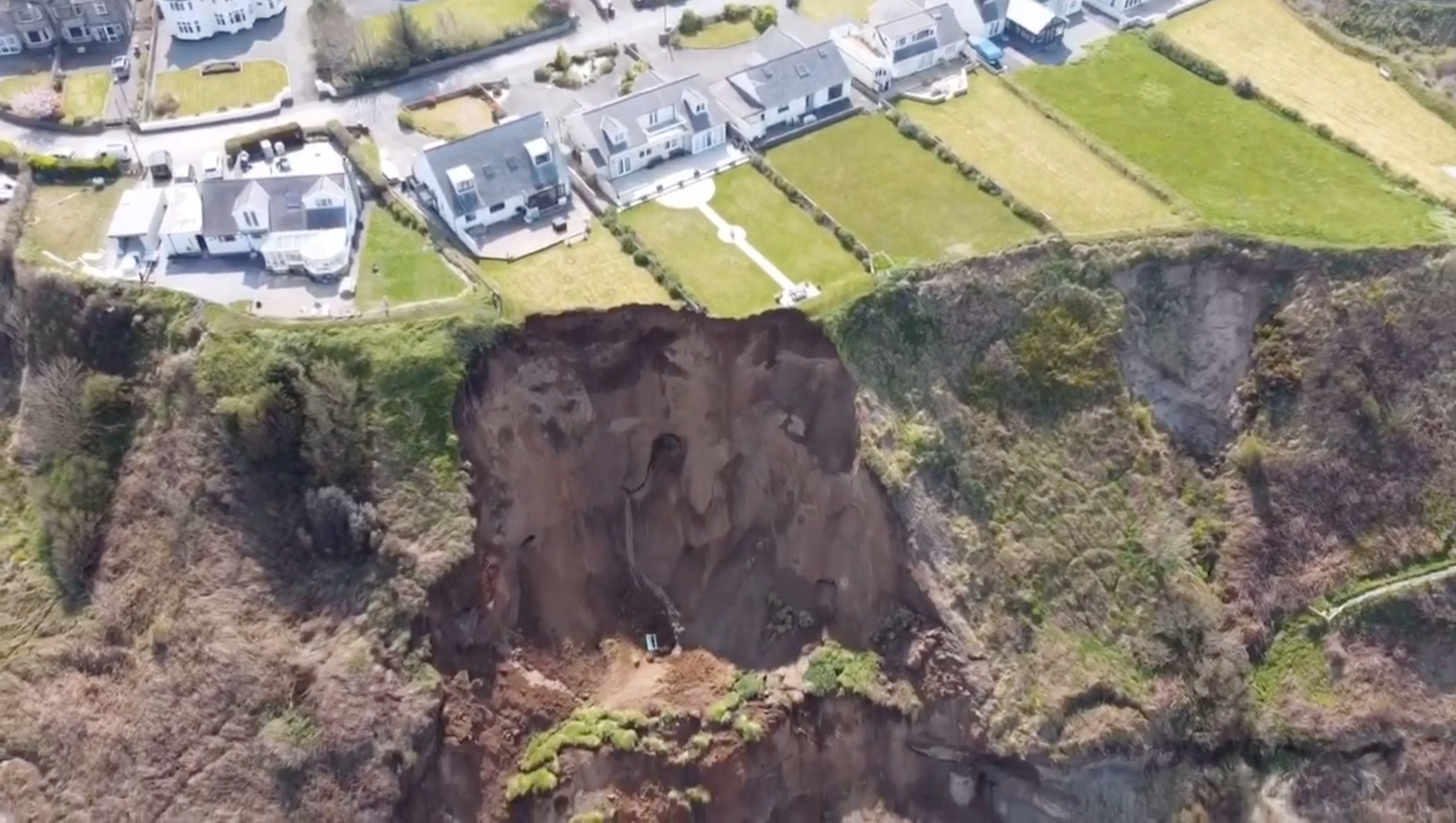 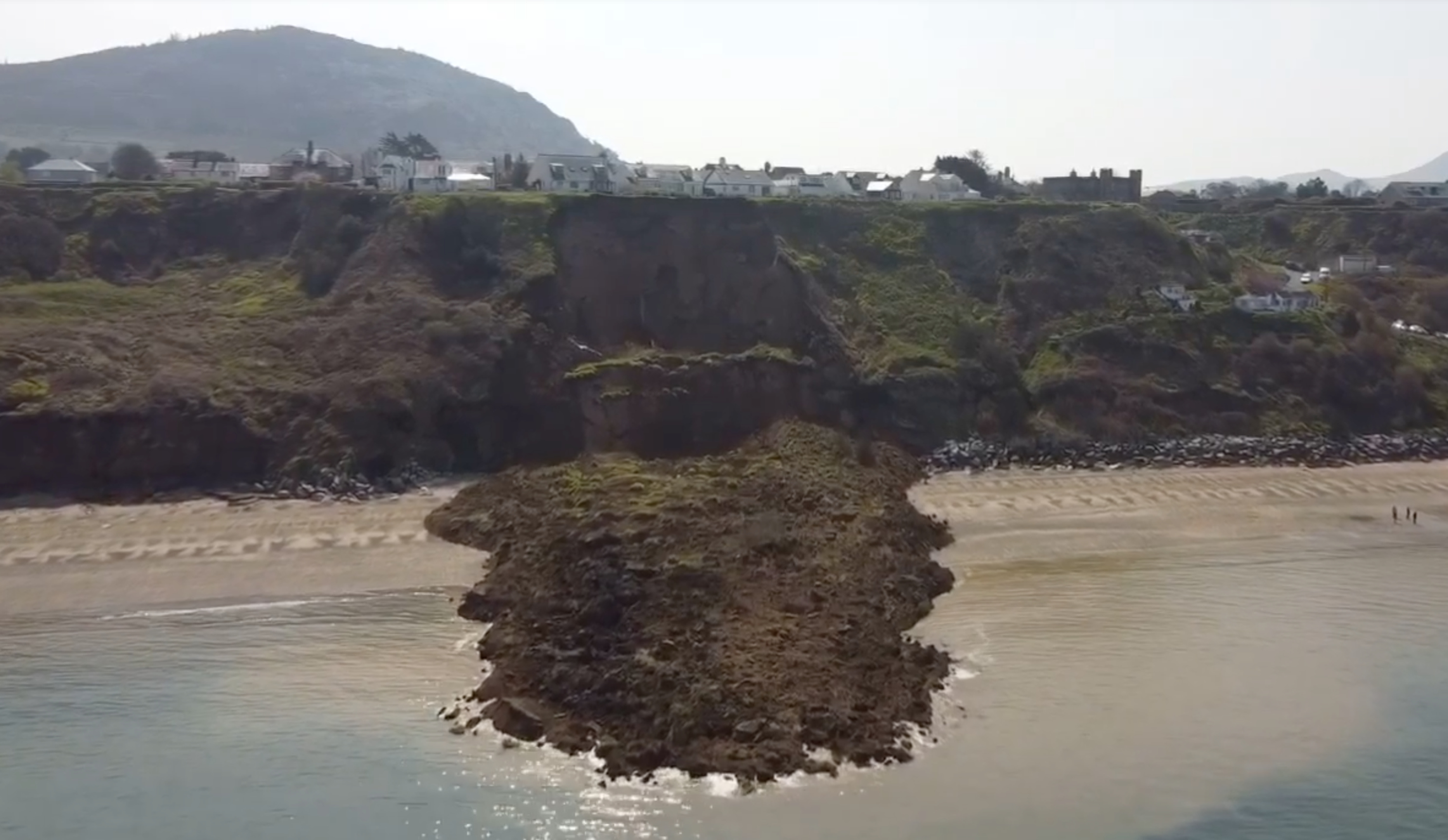 Cops urged people to stay away from beach in case of more falls.

Hairdresser Christian Pilling was walking on the beach at around 11am when the landslide happened, giving the "shock of his life".

He said: "I don't think anyone was on the beach. We'd gone down there about half an hour after it happened.

Friend Elise Leyshon said: "It is so lucky that no-one was on the beach on a Monday morning. Yesterday it was full of people.

"They would stand no chance if they were caught by that landslide. It is incredible."

Steve Wilding-Hewitt, who lives near the beach, said: "I've never seen anything like it. The police have cordoned a large area off to keep people away from the scene.

"We could see the coastguard shouting to someone in their garden to stay aware from the edge because it was still moving.

"There are some gardens that have been affected. You can see a bench that was at the end of the one of the gardens has fallen into the mud below.

"There have been some rockfalls around this coastline for a number of months, but never anything like this. It is frightening."

The small village of Nefyn has a long, sandy bay, sheltered by the Nefyn Headland, and backed by steep slopes.

Neighbours dashed out to see the damage caused by the landslide – just a day after people flocked to the seaside to enjoy the sunshine.

A North Wales police spokesman said: "We are aware of people gathering to take photographs – the public are advised to avoid the area until further notice.

"The public are advised to avoid the area until further notice, whilst emergency services and utility companies make the area safe." 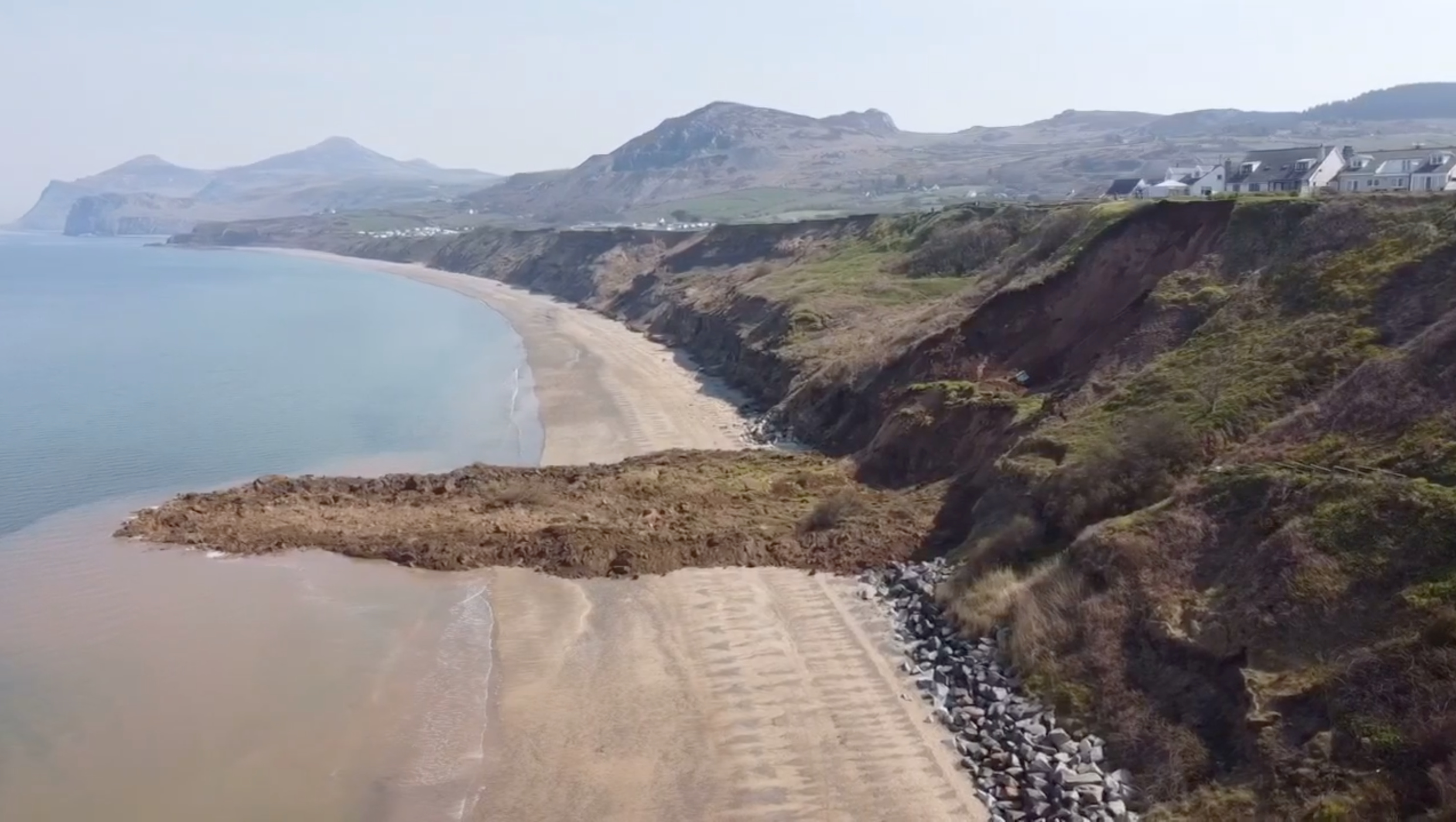 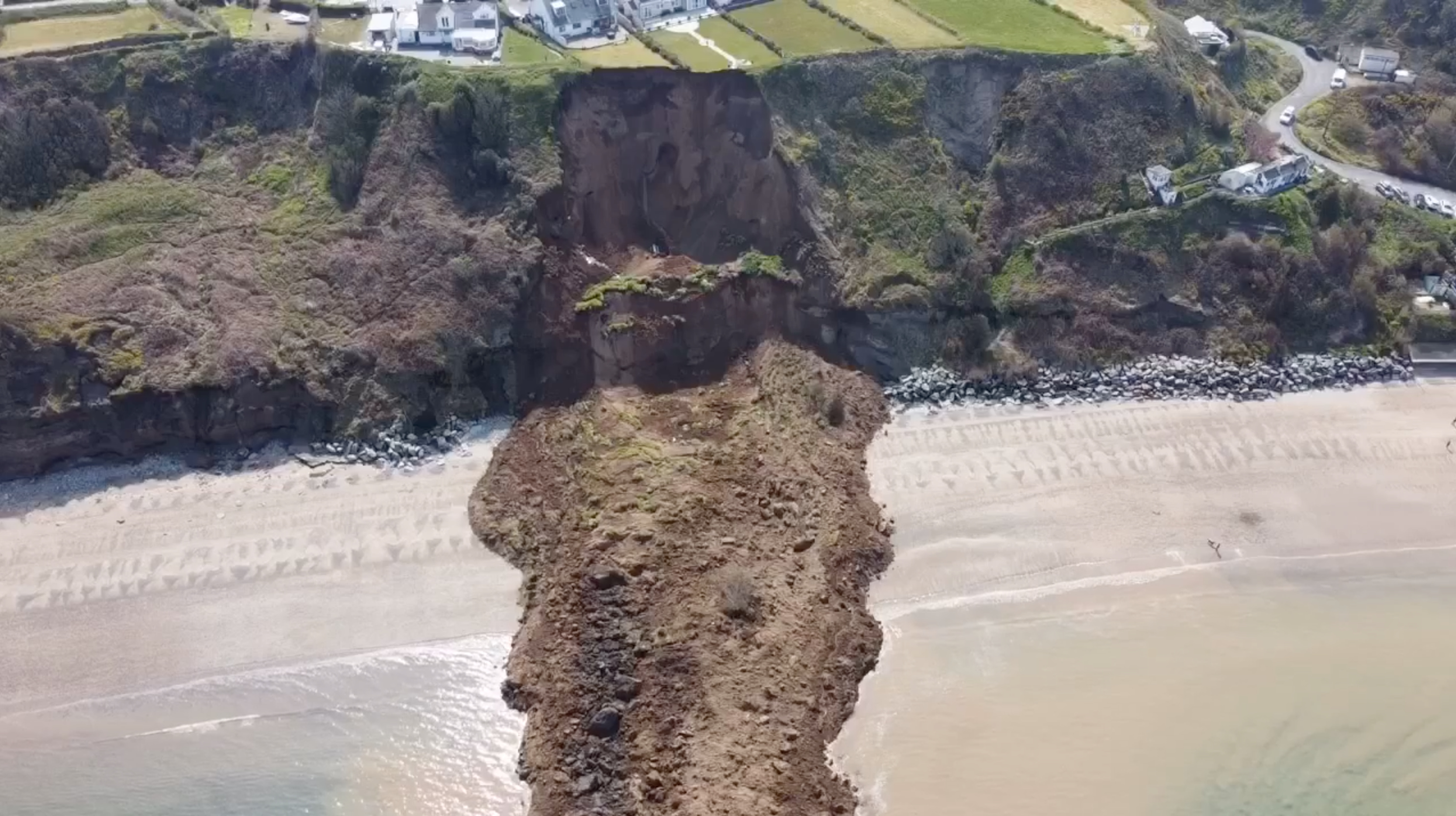