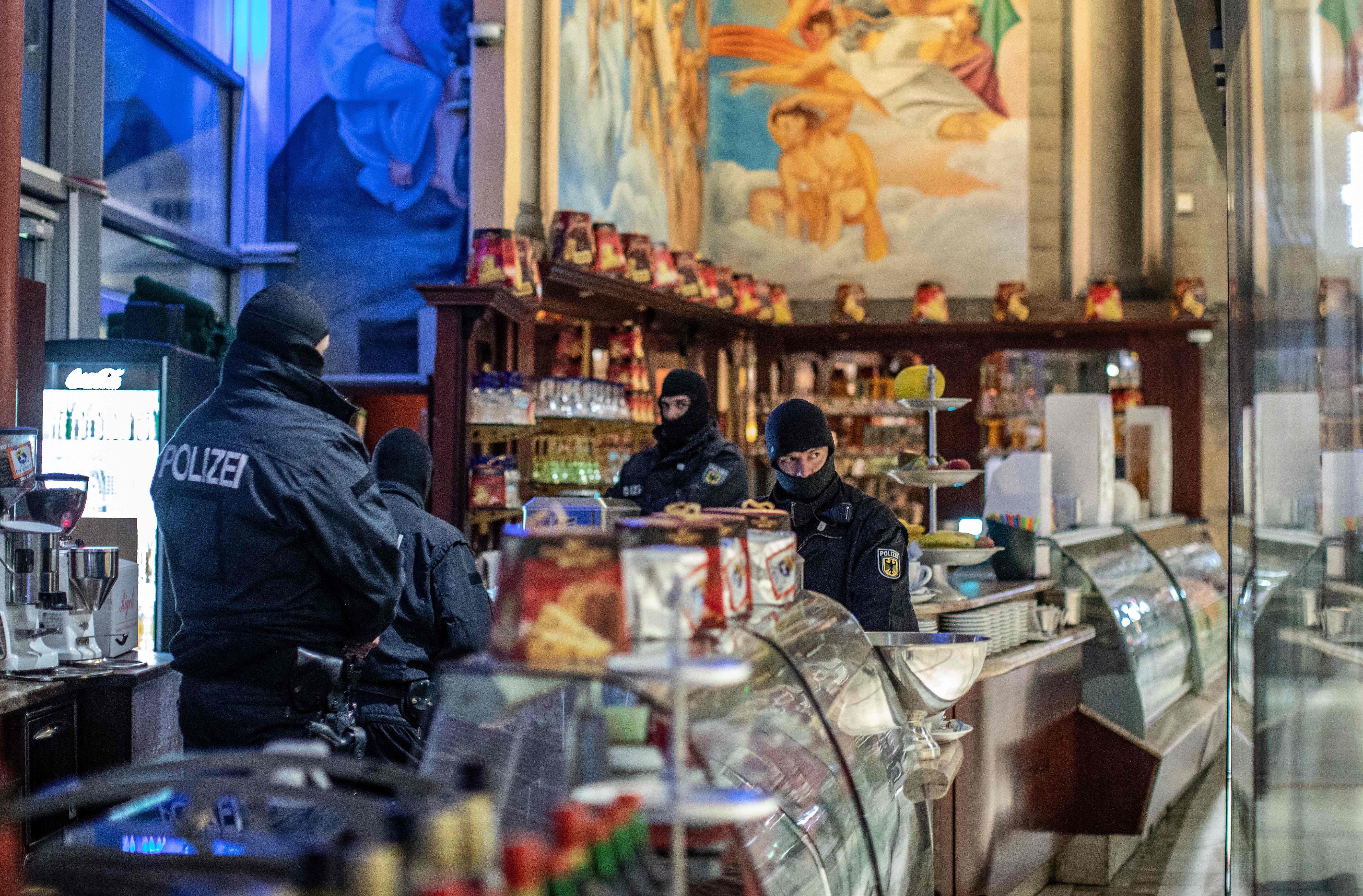 At least 90 people were arrested during Operation Pollino and more than three tonnes of cocaine and 140kg of ecstasy was seized.

Italian restaurants and ice cream parlours used to launder money were among the premises raided in the top secret operation.

Millions of euros in laundered money was also seized at the businesses and homes raided across the four countries, officials said.

Several "high-ranking" members of the notorious crime organisation are believed to have been among those taken into custody. 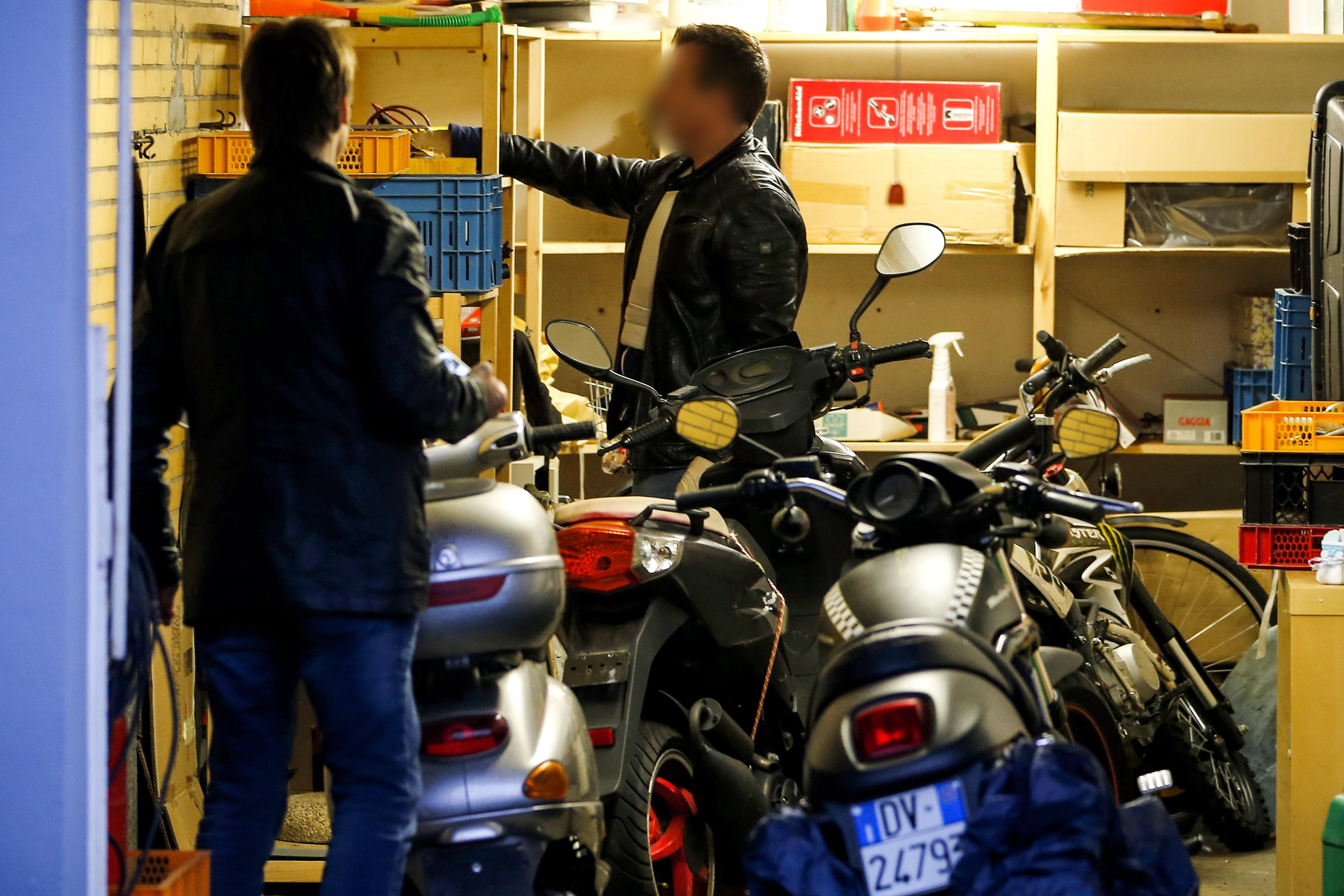 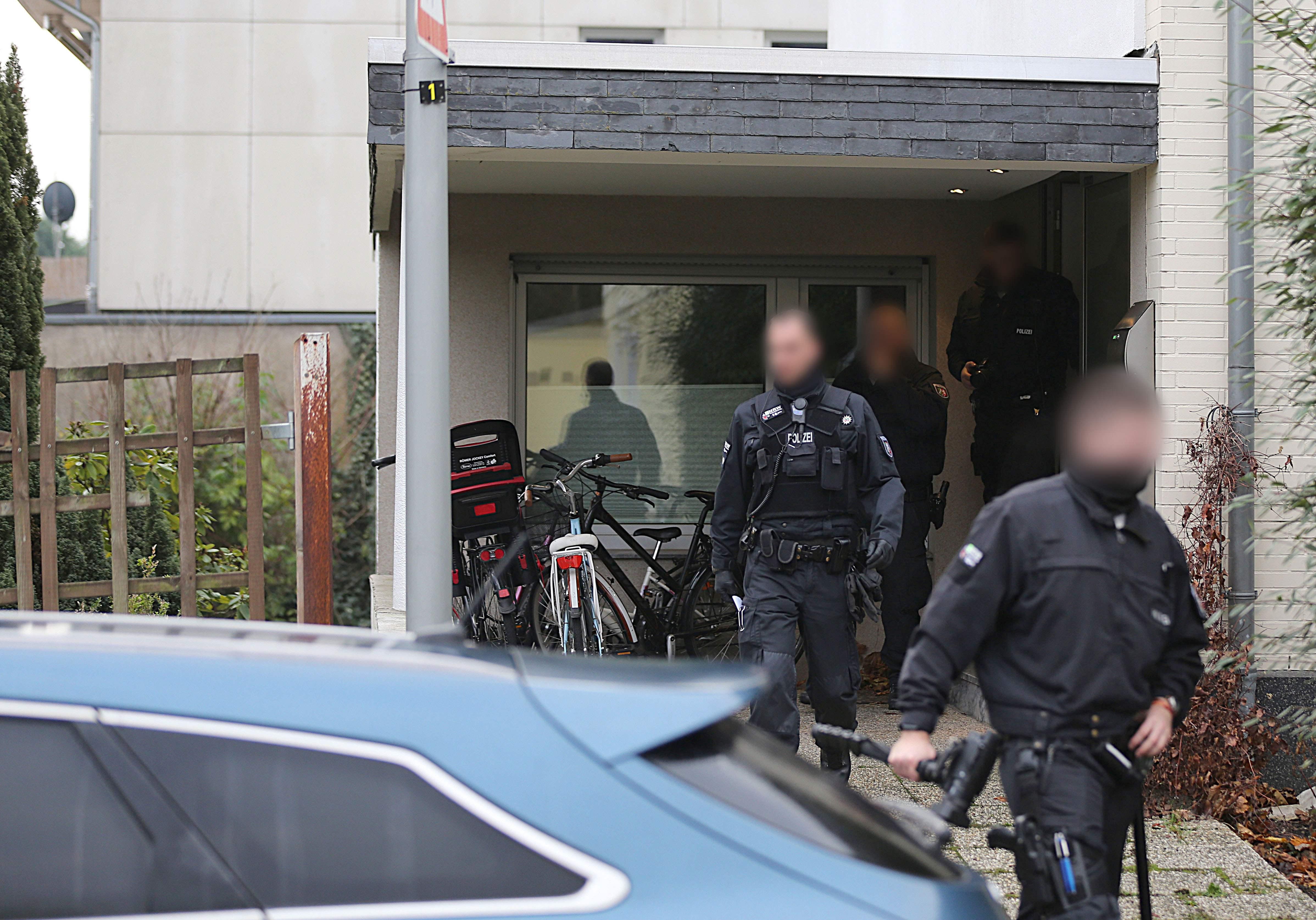 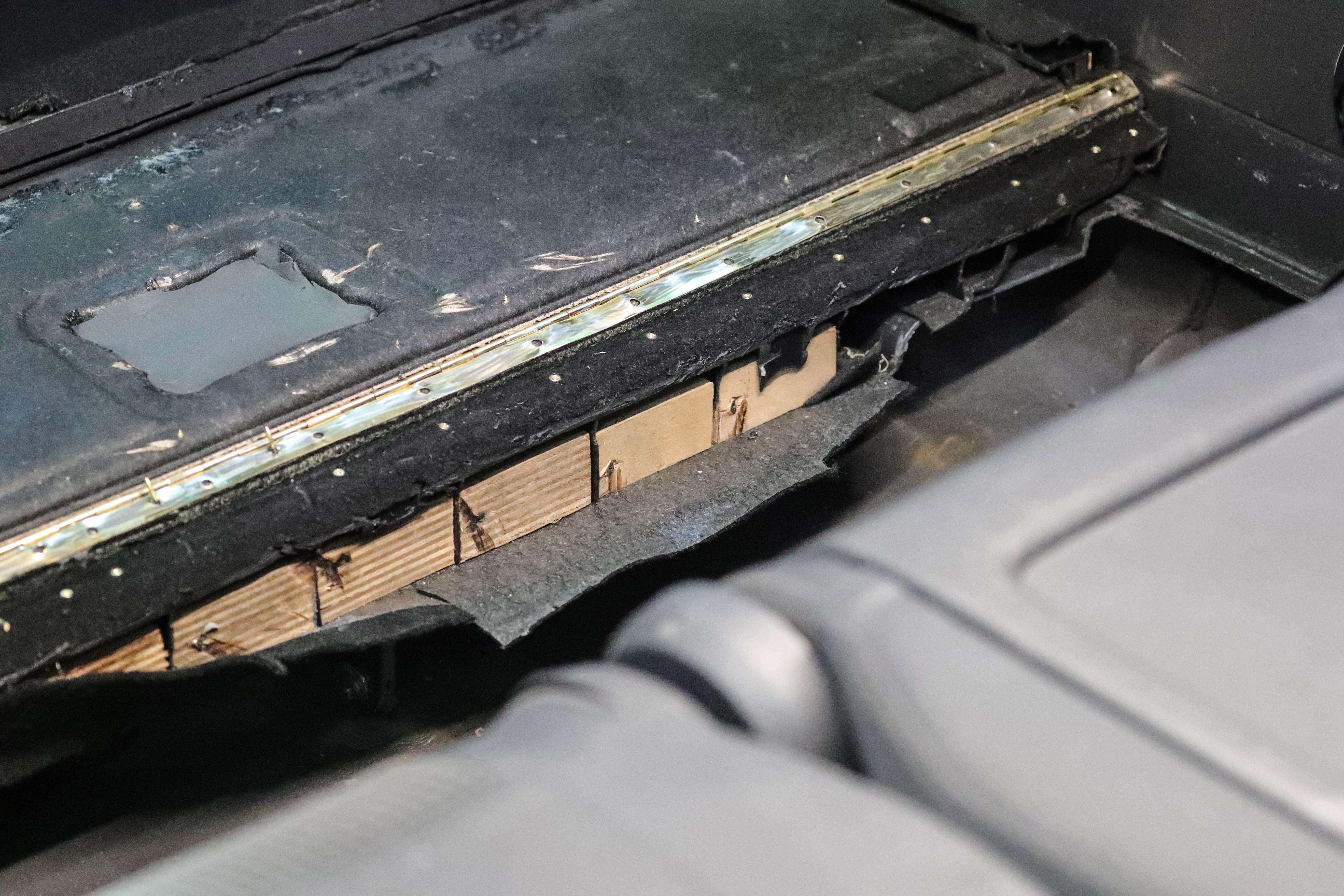 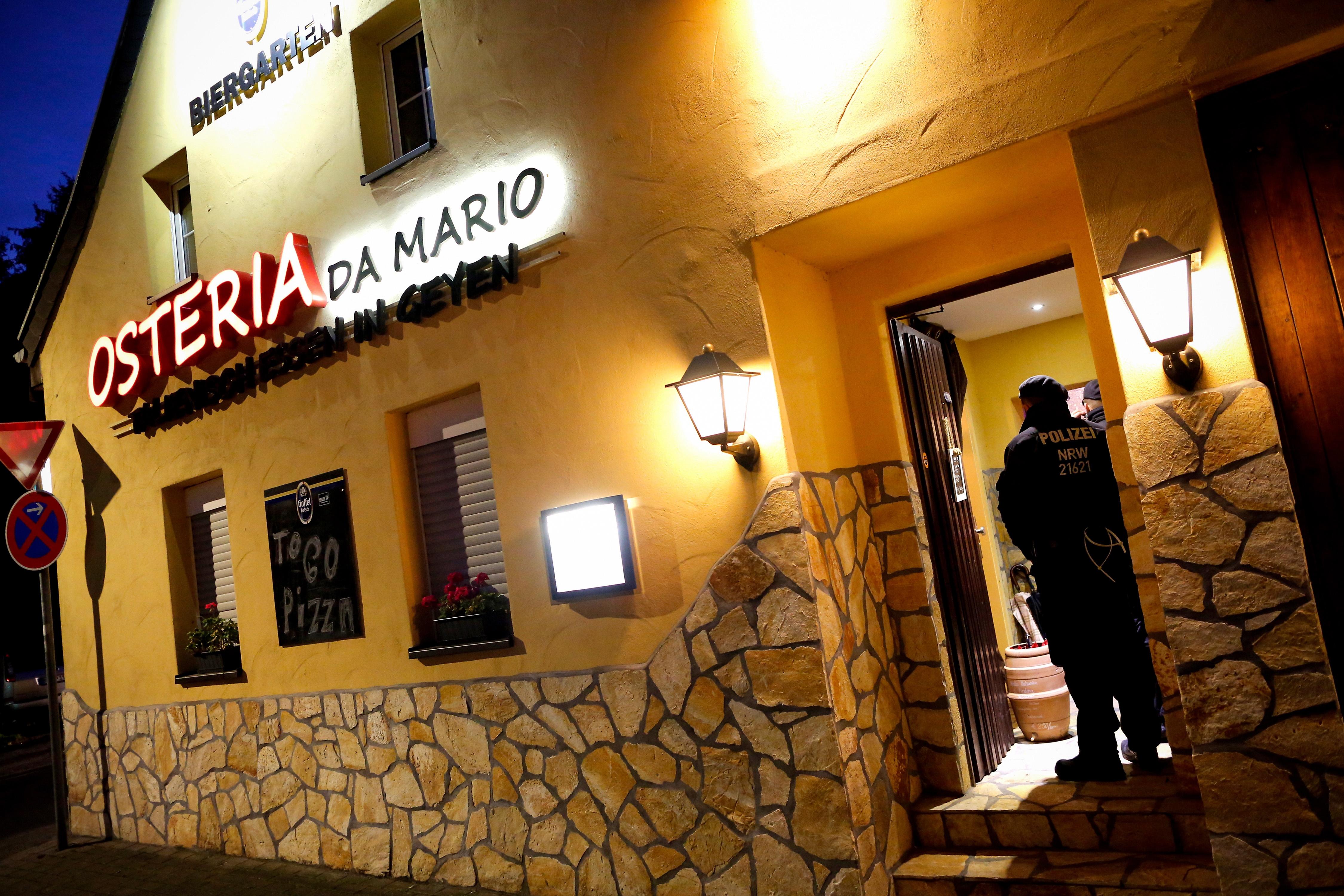 Offficers behind today's well-planned operation said it was the largest ever sweep of its kind.

Those arrested are suspected of trafficking, money laundering, bribery and violence, said Eurojust, the agency that coordinated the raids.

The group runs its global operations – said to be worth tens of billions of pounds a year –  from a base in southern Italy. 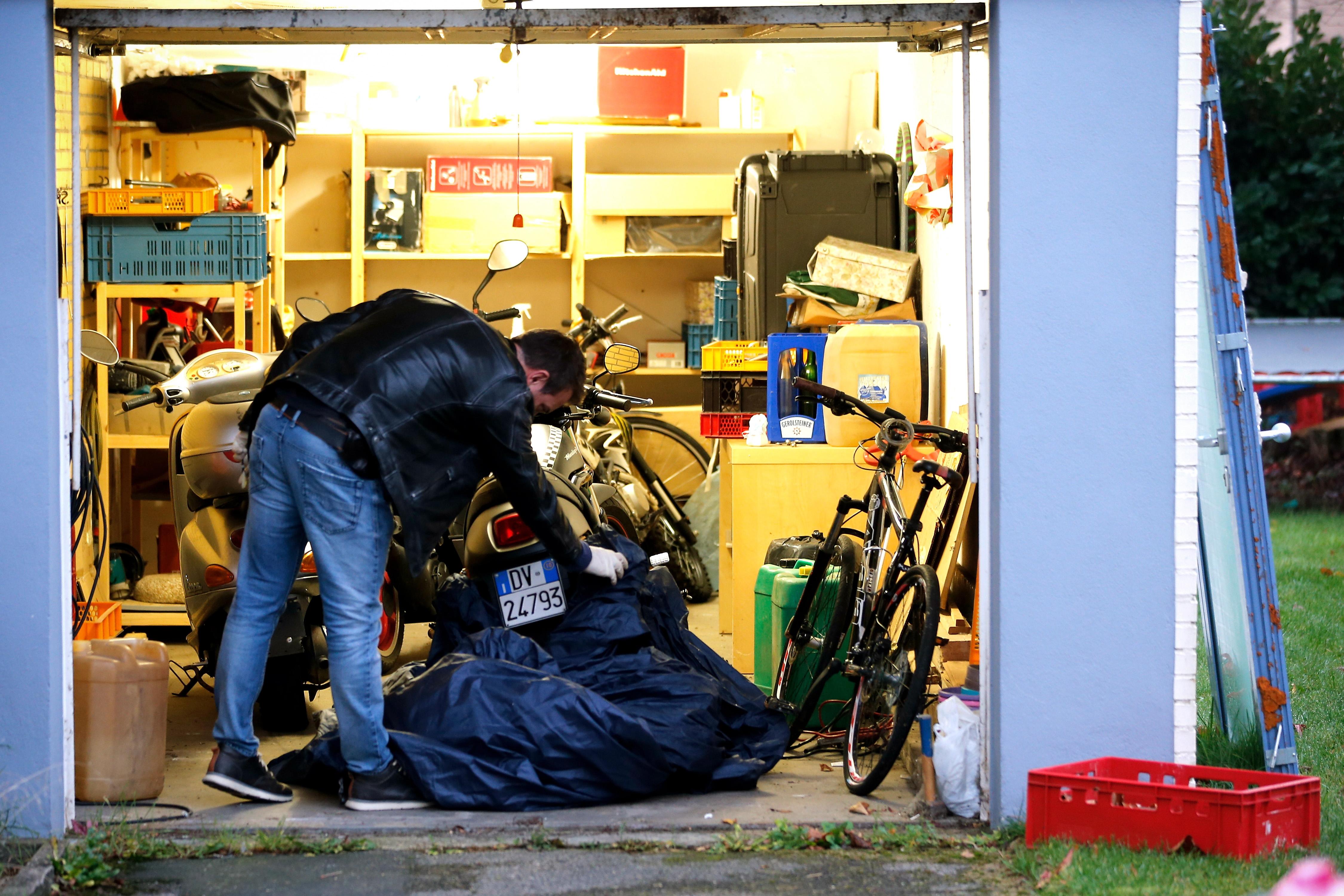 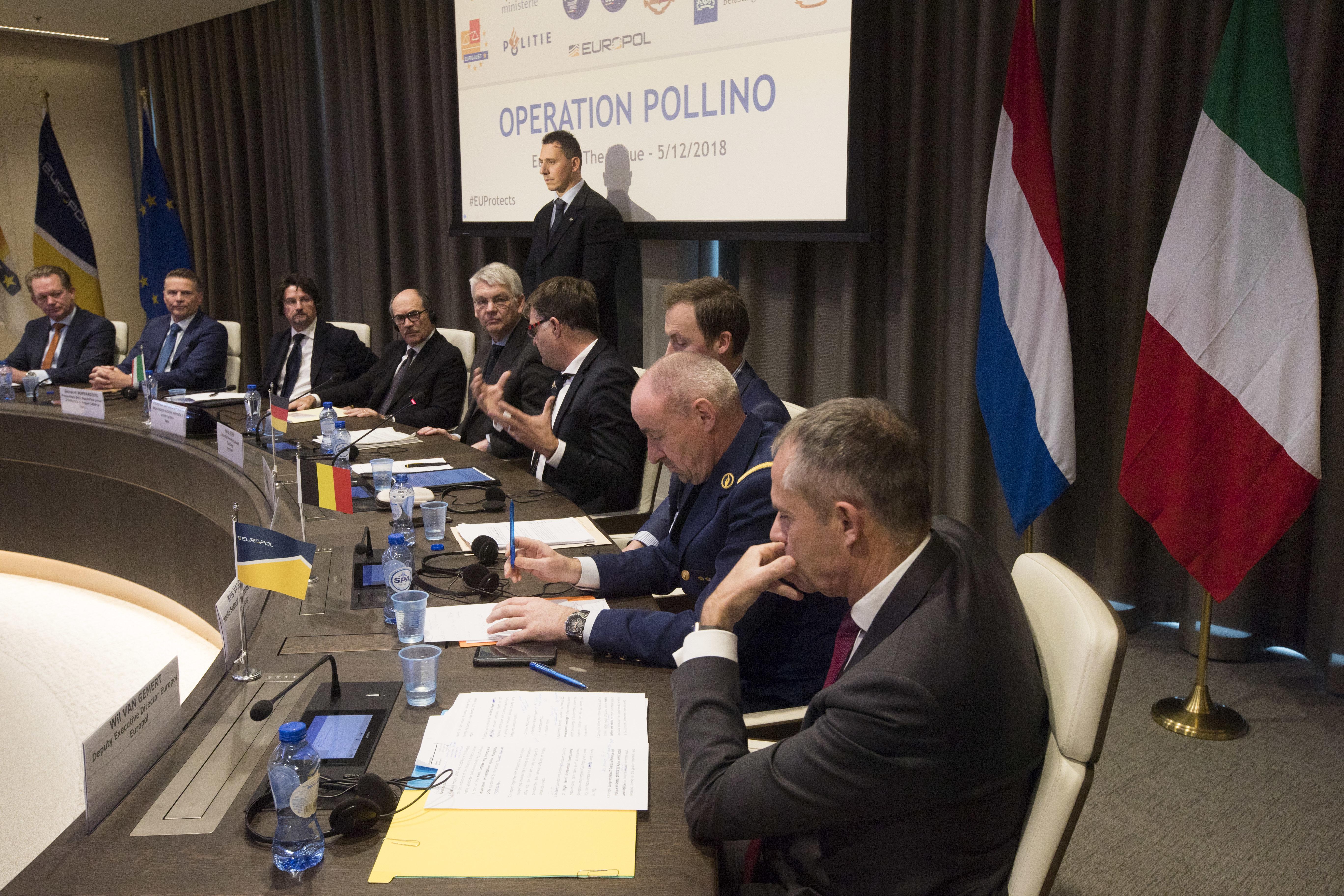 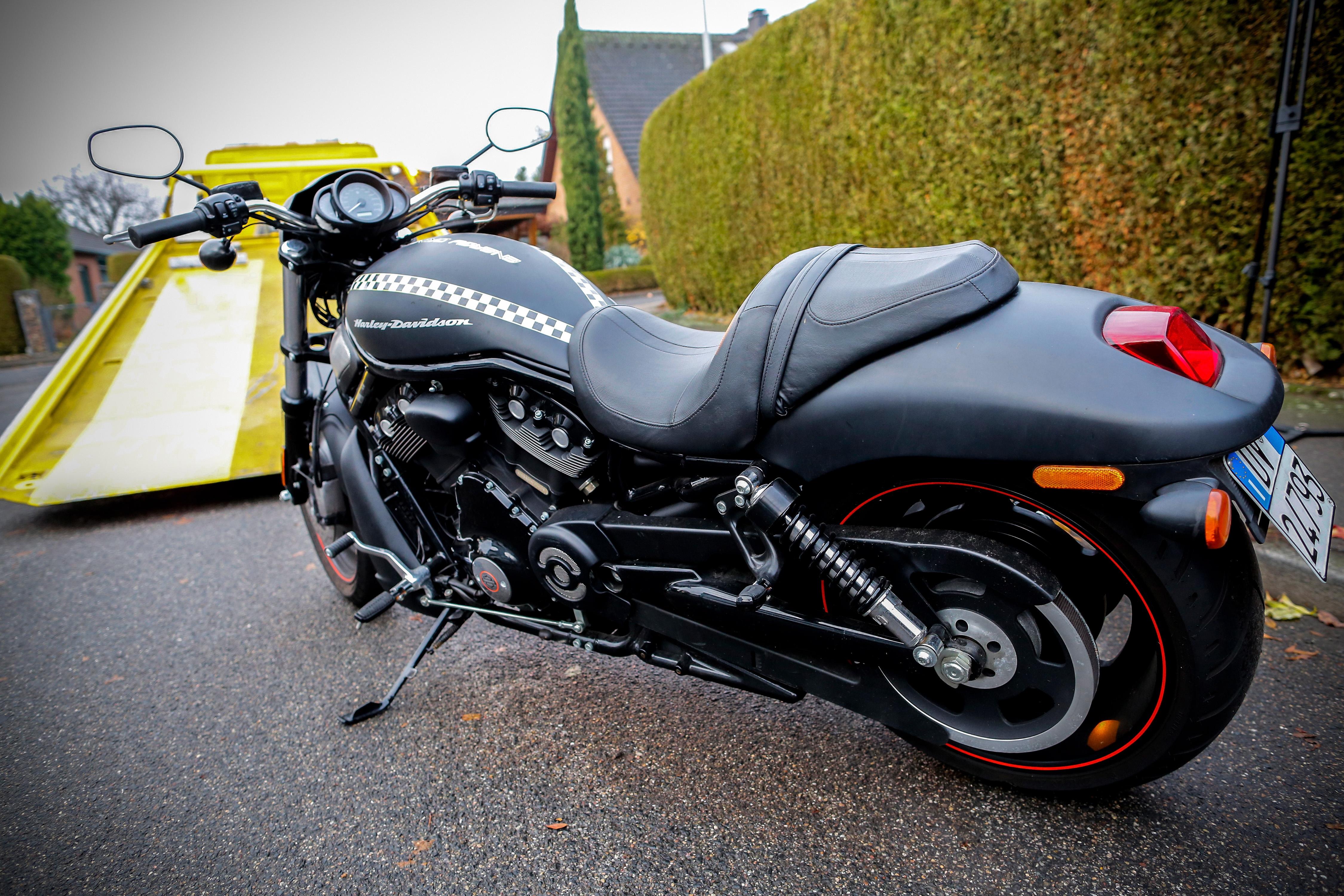 It "controls a substantial amount of the European cocaine traffic", Westerbeke told journalists in The Hague.

There were 41 arrests in Italy, 21 in Germany, 14 in Belgium, five in the Netherlands, and two in Luxembourg.

One person was also arrested in Suriname, a Dutch official said and raids also reportedly took place in Latin America.

The 'Ndrangheta is one of Italy's main organised crime groups, along with the Camorra in Naples and Sicily's Cosa Nostra. 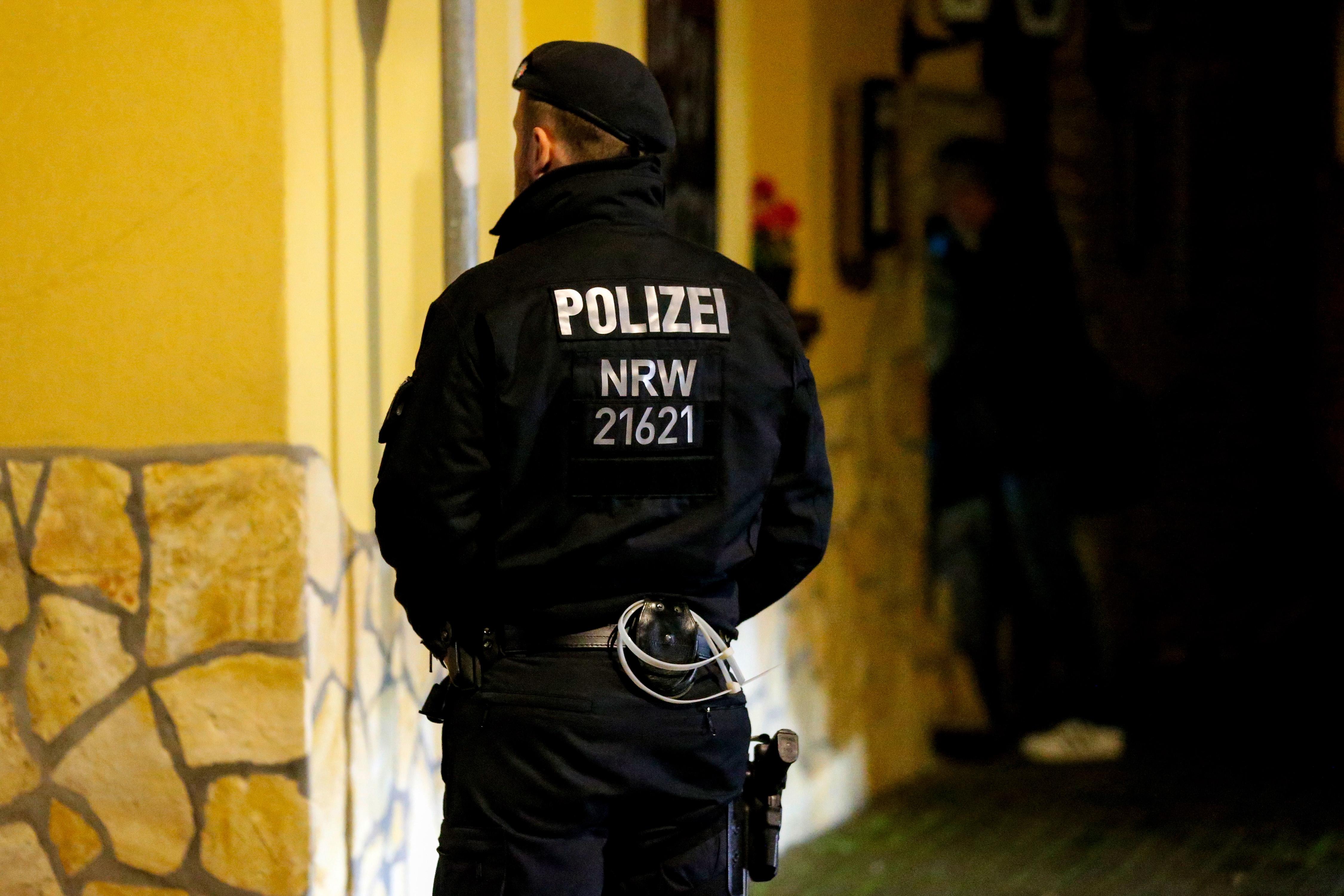 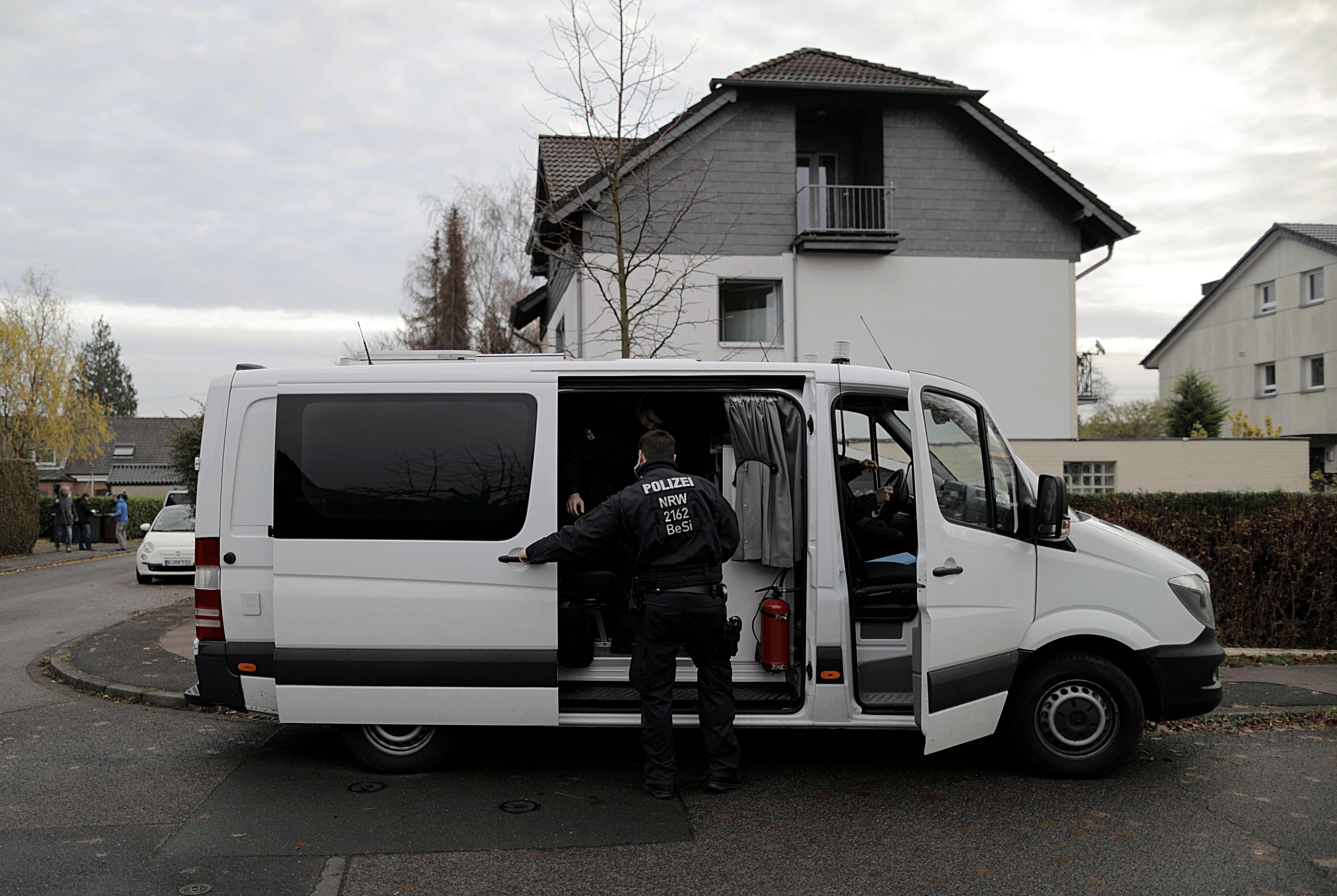 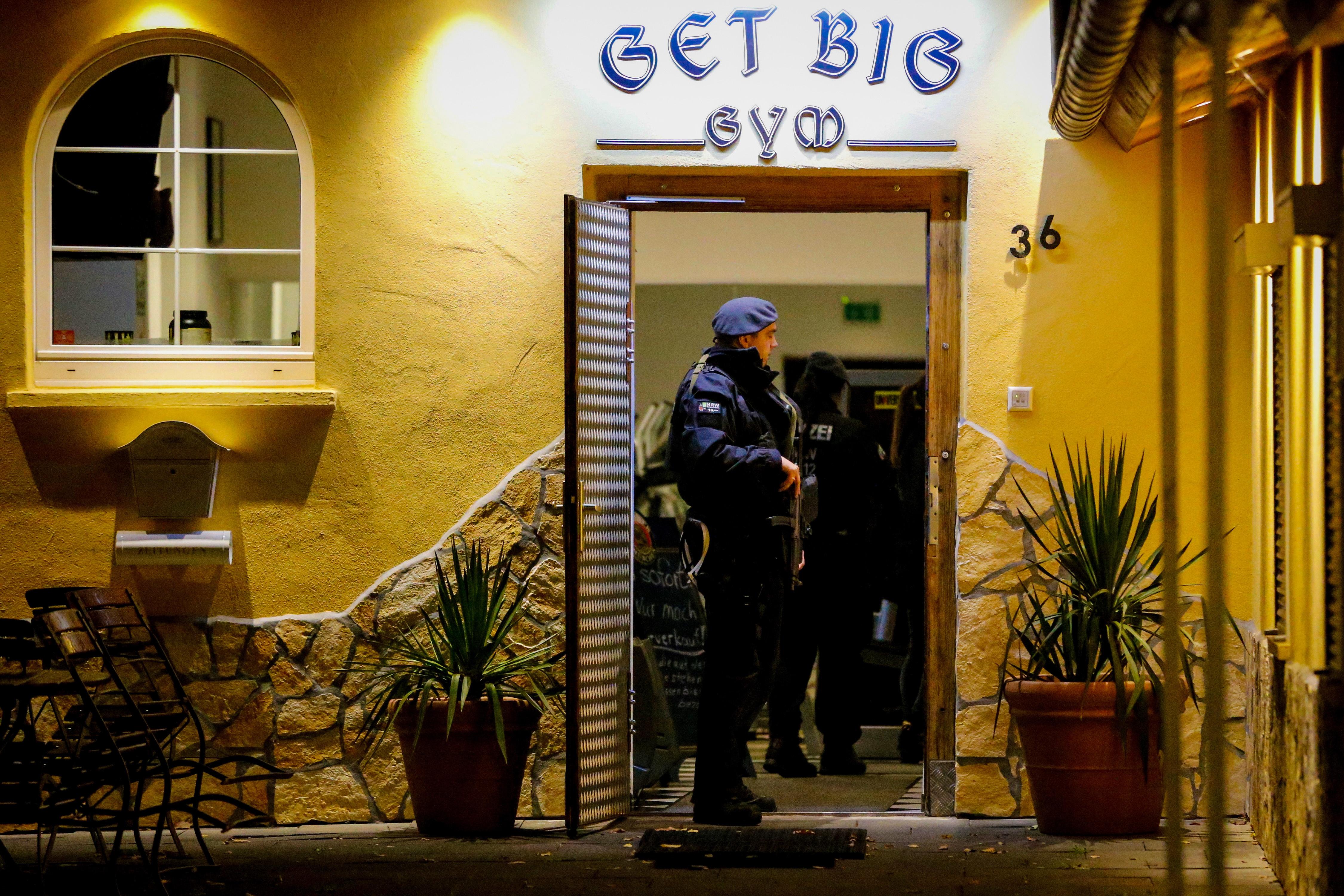 "This is not just happening in Italy, it is happening on other countries," warned Ianti-mafia prosecutor Federico Cafiero De Raho.

De Raho added they have "polluted" lawyers and accountants in numerous countries on their payrolls.

What exactly is the ‘Ndrangheta crime organisation?

The ‘Ndrangheta crime organisation is to Calabria region in southern Italy what the Cosa Nostra is to Sicily.

It is one of the most powerful criminal organisations in the world with an annual turober estimated at £50bn.

The name comes from the Greek "andragathia", meaning courage or loyalty.

The FBI estimates 'Ndrangheta membership at about 6,000 mostly based in one of Italy's poorest regions.

The group specialises in cocaine trafficking, and Prof Varese says it has direct links to crime gangs in Mexico and Colombia.

It is reckoned to control as much as 80 per cent of Europe's cocaine supply.

Cops say it has surpassed Sicily's Cosa Nostra and the Naples-based Camorra in influence thanks to its control of the drugs trade.

It is also entrenched in the crime scene in and around Turin in northern Italy.

"If we do not cooperate, the 'Ndrangheta and its allies will continue to carry out criminal infiltration of regular society, the proper market," he warned

Wednesday's operation came a day after Italian police arrested the suspected new head of the Sicilian mafia and 45 other alleged gangsters.

The move dealt a major blow to the mob as it tried to rebuild after years of setbacks.