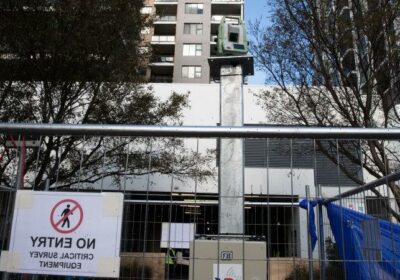 Owners of Sydney’s beleaguered Mascot Towers will thrash out their options on Thursday night to try to resolve the long-running stand-off over the empty apartment building, including the possibility of selling the entire tower.

Almost two years after the building was evacuated, owners will meet at The Juniors Club in Maroubra to discuss their limited options, ahead of an extraordinary general meeting in about two weeks when owners will vote on the preferred outcome. 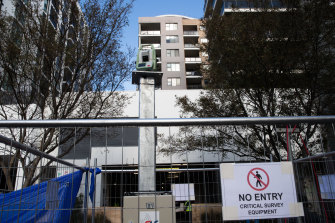 Almost two years after the building was evacuated, owners will meet to discuss a possible collective sale of the tower.Credit:Janie Barrett

Many remain doubtful that a motion for a collective sale of the building will receive the required support of 100 per cent of owners. The possibility of selling the 132-unit block in Sydney’s south was first raised in May last year.

Owners and tenants have been unable to return to their apartments since the building was evacuated, leaving many in dire financial straits.

The estimated cost of repairing the building and repaying a 15-year strata loan escalated to almost $54 million last year, about $10 million higher than forecast.

Residents of the 10-storey apartment tower were evacuated in June 2019 after cracking was found in the primary support structure and facade masonry, sparking fears that the building could collapse. They have been unable to return to live in the building since the evacuation.

Apartment owner Brian Tucker, who is now renting a unit in Arncliffe, said residents had suffered significant emotional and financial pain over the past two years.

“It is a big asset that is basically worthless at the moment. It is disheartening – we have a nice unit that has been vacant for two years,” he said. “The whole situation is very stressful.”

Another resident, who spoke on condition of anonymity, said he was in favour of a collective sale because it would bring closure to the two-year debacle. 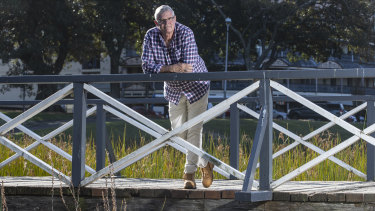 The owner said the situation had caused the breakdown of his marriage and would likely see him lose his job due to depression and anxiety.

“I am just not functioning,” the owner said. “I am not an uncommon situation. Lots of Mascot Tower owners are in similar situations: separated or divorced or suicidal. I’ve lost my entire life savings and my future lifetime to debt.”

The evacuation from Mascot Towers and severe cracking in the Opal Tower at Sydney Olympic Park in December 2018 sparked a NSW parliamentary inquiry into building standards, the appointment of a building commissioner and measures to protect owners from shoddy building practices.

Owners of Mascot Towers launched legal action in the NSW Supreme Court last May against the developer of a neighbouring building they allege is responsible for major cracks appearing in their apartment complex.

They are claiming more than $15 million from Aland Developments.