Married Merseyside cop running 'would you, wouldn't you' group chat 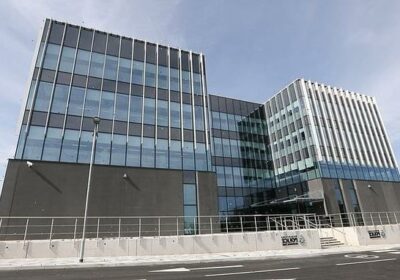 Married Merseyside cop is caught running ‘would you, wouldn’t you’ WhatsApp group with ‘more than 100 secret images of his female colleagues – including showing them bending over while on duty’

A married police sergeant has been caught running a group chat comparing his female colleagues to one-another after secretly taking photos of their crotches and backsides.

The anonymous Merseyside Police sergeant made and titled a WhatsApp group chat ‘Would you, wouldn’t you’ and shared over 100 photos of the women he works with in compromising positions.

As the chat name suggests, he would ask colleagues in the group if they ‘would or wouldn’t’ be interested in the pictured woman, some of which were unknowingly photographed while bending over.

Some of the pictures allegedly show the backsides and crotch areas of the female officers and staff members as they went about their day-to-day duties.

Do YOU know the Merseyside cop who set up the WhatsApp group?

Get in touch [email protected]

Around 12 women in the force were identified as being pictured.

The WhatsApp messages came to light during another investigation into the same officer, a married man with children, allegedly breaching Covid restrictions.

The officer in question has not been suspended and is still working, albeit on restricted duties, more than a year after the allegations came to light.

A source with knowledge of the situation told the Liverpool Echo: ‘He had set this group up, as far as I’m aware there have been 12 female officers identified.

‘He was taking photos his female colleagues bending over and things, and comparing them to each other. There were over 100 photos in the group; it’s pretty disgusting.’

The source added that the revelations caused disgust and deep anger among many officers in the force who are concerned at the length of time disciplinary procedures are taking.

According to a recent Freedom of Information request in Merseyside Police, between April 2018 and December 2020, eight officers were hit with allegations of ‘unprofessional and inappropriate’ use of social media, including one who received a final written warning.

Merseyside Police confirmed a misconduct hearing into the behaviour of two officers will be held at a date to be set, adding that it could ‘not comment on the specifics’ of the case while proceedings were ongoing.

The case comes at a time of increased scrutiny on the culture within policing nationally, flowing from the murder of Sarah Everard by serving Metropolitan Police officer Wayne Couzens, on 3 March 2021.

There have been several other scandals involving misogyny in the Met since that case. 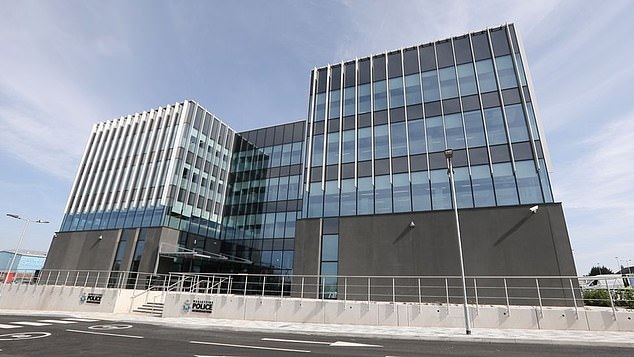 A married Merseyside Police sergeant has been caught running a WhatsApp group comparing female colleagues after secretly taking photos of their crotches and backsides. Pictured, Merseyside Police headquarters in Liverpool

‘All of our officers should recognise the unique position we hold in maintaining law and order, and that to keep the trust and confidence of our communities we must uphold the highest standards of behaviour ourselves at all times.

‘The public rightly have high expectations of our officers and Merseyside Police is committed to ensuring we meet those expectations and we will investigate those and take appropriate action, whether that be through internal misconduct processes or the criminal justice system.

‘The overwhelming majority of our staff understand the need for integrity and high standards and provide the public with an exception service day in and day out and we have processes in place so that officers and staff are able to confidentially report to us if a colleague does not adhere to the standards expected.’