A North Dakota man has pleaded guilty to stealing a forklift and planning to ‘kill’ President Trump by flipping over his limousine.

Gregory Lee Leingang, 42, was arrested in September last year after stealing the machinery and trying to drive it into the President’s motorcade route in Mandan, where Trump was due to give a speech. 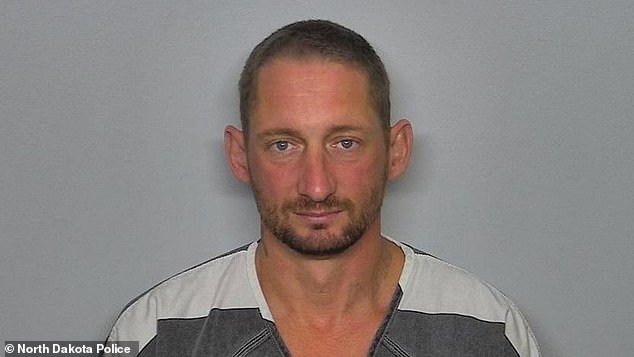 Gregory Lee Leingang, 42, was arrested in September 2017 for attempting to use a stolen forklift to flip over Donald Trump’s presidential limousine 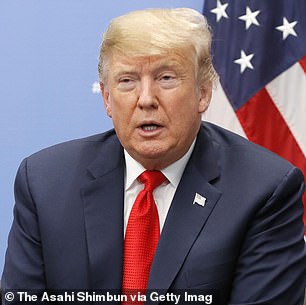 President Trump was in Mandan, North Dakota giving a speech on tax reform during the alleged plan to kill him

Trump was visiting the Andeavor Refinery in Mandan, a city just across the Missouri River from Bismarck, on September 6 to address workers on the subject of tax reform.

That afternoon, prior to the President’s 2pm arrival, Leingang stole the forklift and attempted to access the presidential motorcade route.

But according to Ms Sasse Russell, the forklift became stuck in a gated area and he fled the scene.

Local police tracked down Leingang, who allegedly admitted to them and U.S Secret Service the details of his plan.

Michelle Monteiro, Leingang’s public defender, said in court that ‘was suffering a serious psychiatric crisis during this incident.’ 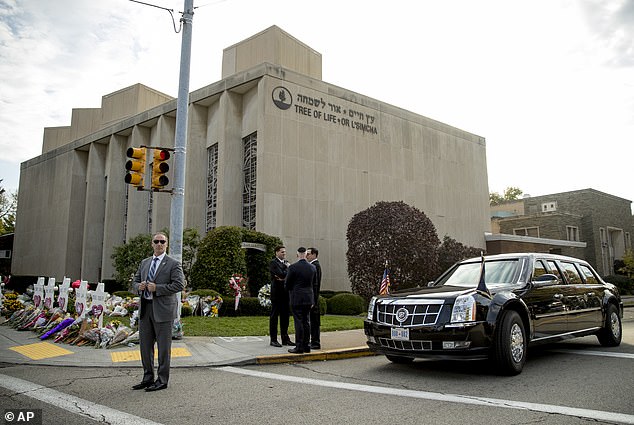 A presidential limo nicknamed ‘The Beast’ is parked outside the Tree of Life Synagogue near a memorial for the victims in Pittsburgh, Tuesday, October 30, 2018

Before attempting to flip the limo, Leingang started two fires – one at Bismarck Municipal Ballpark maintenance shop and another at the state parole and probation office.

He entered a plea deal with federal prosecutors and received a five year sentence for the theft of the forklift.

He also received a ten year sentence for arson and another five year term for a separate burglary incident.

According to Grand Forks Herald his estimated release date is in 2038.