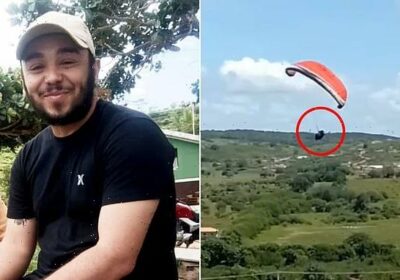 Harrowing moment man, 26, dies after losing control of paraglider midair and crashing to the ground in Brazil

A 26-year-old man who was training how to paraglide was killed in a tragic accident in Brazil.

Alexandre Pereira, was carrying out a practice paragliding flight when he crashed Sunday in Alagoa Grande, a rural city in the northeastern state of Paraíba.

A video recorded by a villager showed the moment when Pereira was descending and lost control of the paraglider.

The paraglider made several rapid turns midair before suffering a 131-foot fall and crashing across on a farm in the village of Vila Nova.

Pereira was declared dead at the scene by paramedics. 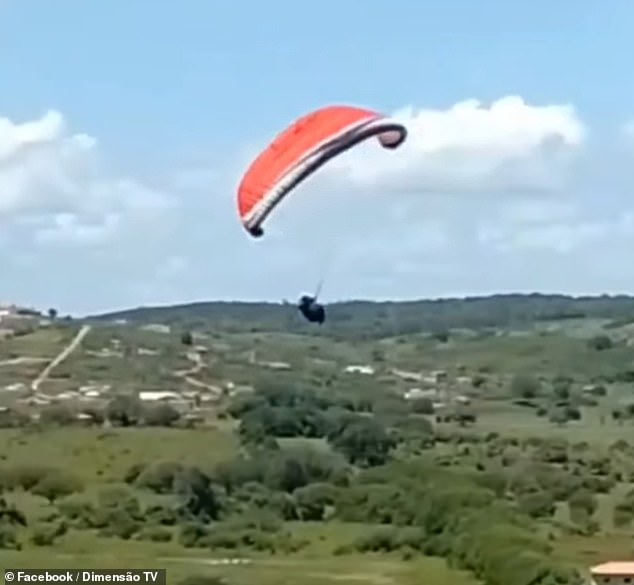 Alexandre Pereira is seen on a video recorded by villager in Paraiba, Brazil, losing control of the paraglider moments before he crashed and died Sunday 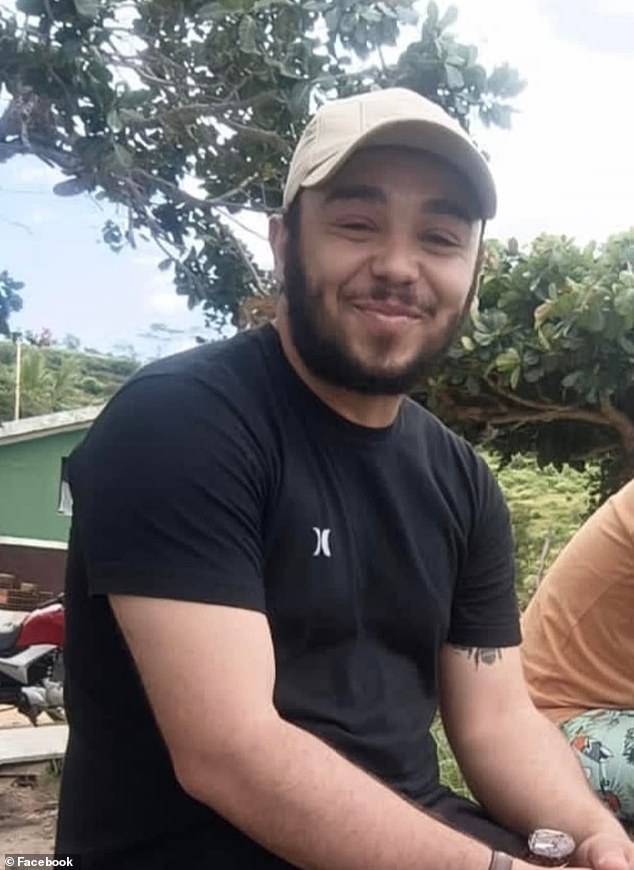 The 26-year-old had been practicing paragliding for several years prior to Sunday’s deadly crash, according to Brazilian news outlet G1

According to Brazilian news outlet G1, Pereira had been practicing paragliding for several years.

The accident comes a month after a 38-year-old man was killed in a skydiving accident in the southeastern Brazilian state of São Paulo.

Footage recorded on an instructor’s helmet camera revealed how Andrius Jamaico acknowledged the directions on how to skydive and confirmed he was aware of the location of the parachute’s breakaway handle. 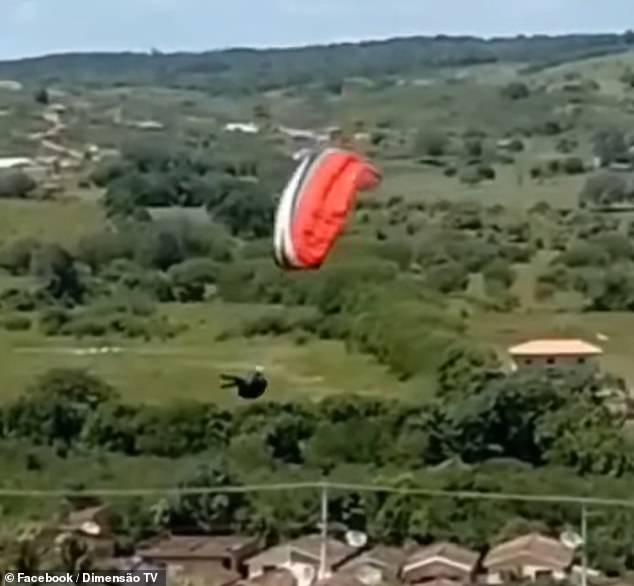 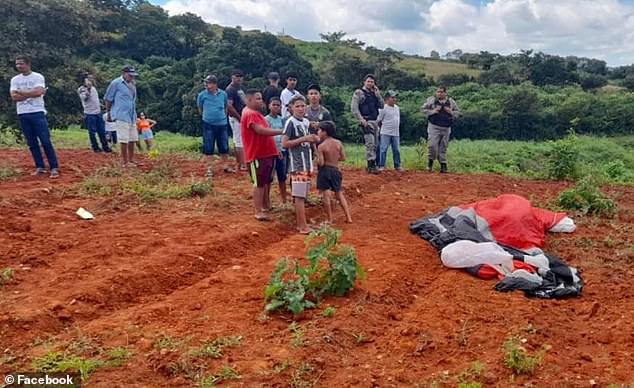 The skydiving instructor, who has a camera mounted on top of his helmet, subsequently releases Jamaico, who appeared to be in control before he suddenly stared to spin around.

The instructor was able to grab Jamaico by the leg but lost his grip.

Jamaico, who was skydiving only for the third time, continued to spin as the instructor deployed his parachute with the ground landing spot quickly approaching.

He fell approximately 6,500 feet from the sky and slammed into home’s zinc roof panel before falling to the ground. He was declared dead at the scene. 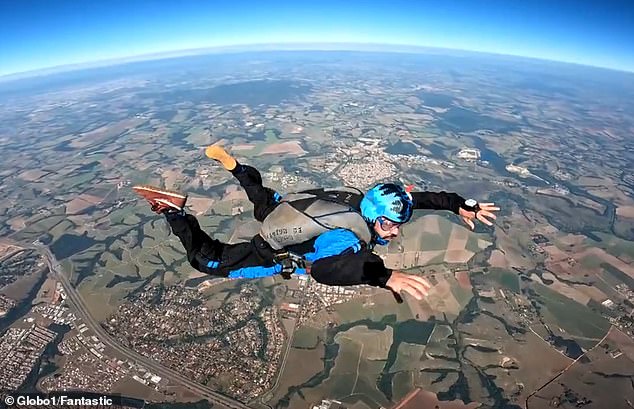 A still image from video that showed Andrius Jamaico skydiving moments before he appeared to lose control, falling atop a home where he was killed in São Paulo, Brazil, on July 19.