A man has been charged with contaminating goods after he allegedly inserted a used needle into a loaf of bread on the shelves of a Woolworths supermarket in Roxburgh Park.

A police summary of the incident alleged Mr Yang, who sat quietly in court during a short filing hearing on Wednesday, approached the store about 4pm on Tuesday, where he was observed by a security guard holding several needles with blood on them and a blood-stained tissue. 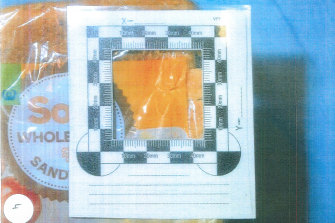 Mr Yang is accused of poking the bread with a soiled needle.

The security guard refused him entry and Mr Yang walked away. He returned five minutes later, still holding the needles and tissue, the documents tendered by police state.

The guard told him to throw the needles in the bin, but he refused. When the guard left the store exit to take a break about 4.30pm, Mr Yang entered the store. 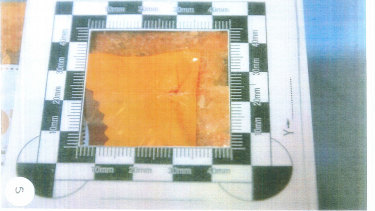 Mr Yang will next face court in November.

Police say Mr Yang walked down one of the aisles holding a needle in his hand before he opened a loaf of bread.

He then allegedly licked the end of the needle and placed it back in his right pocket before he took it out again and pushed the needle into the bread.

A witness asked the man: "What do you think you are doing?" Mr Yang mumbled, "Sorry", and ran away, police allege. He had left the area before officers arrived.

Detectives raided the Craigieburn home of Mr Yang on Wednesday morning and arrested him.

He was interviewed by police and charged with contaminating goods by inserting a soiled hypodermic needle into multiple food items. 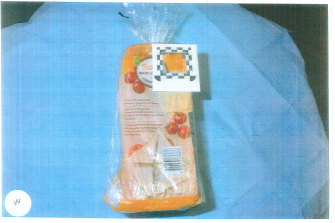 A Woolworths spokesperson said all bread had been removed from the store overnight.

Charge sheets show he has also been accused of committing an indictable offence while on bail.

In court, the man's lawyer, Matthew White, said his client was receiving anti-depressant medication and had requested to see a nurse or doctor while in custody. The matter was adjourned to November 13.

A Woolworths spokesperson told Nine News on Wednesday that all bread in the store had been removed from the shelves overnight.

"If customers have any concerns about bread purchased at the store yesterday, we would encourage them to return it to the store for a refund.

"Police attended the store and we have provided CCTV footage to help identify the man."

Our weekly newsletter will deliver expert analysis of the race to the White House from our US correspondent Matthew Knott. Coming soon. Sign up now for The Sydney Morning Herald‘s newsletter here, The Age‘s here, Brisbane Times‘ here and WAtoday‘s here.