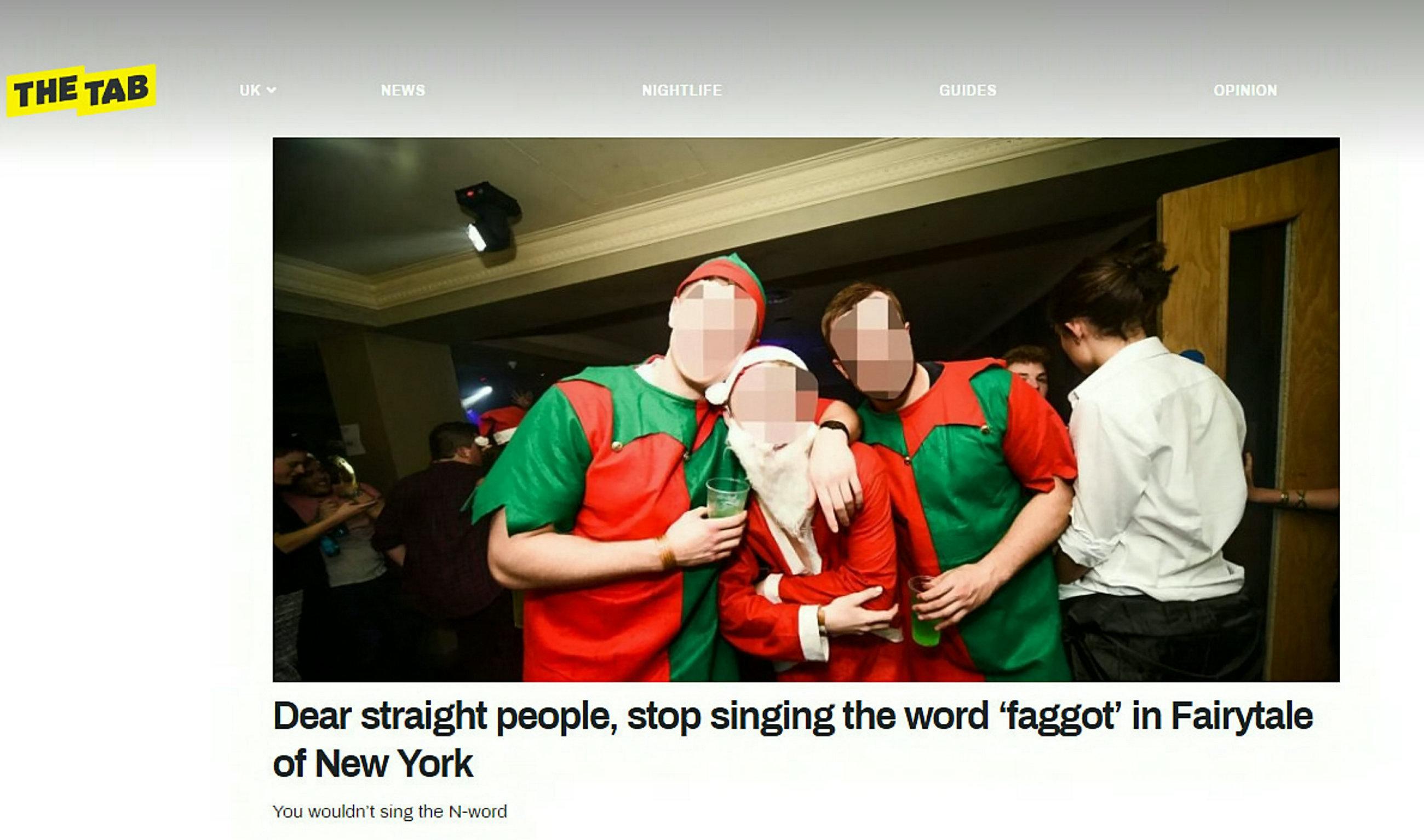 He has insisted party-goers should be barred from belting out the line “you cheap lousy faggot” from The Pogues and Kirsty MacColl’s 1988 hit.

Thomas, who was educated at London Kings College, has even called on YouTube to remove the video from the site because no one who originally sang it is gay.

He claimed the lyric, which was sang by MacColl, is a “homophobic slur” which is just as offensive as the using the N-word.

But his article has divided social media users, some of whom were quick to point out that Shane MacGowan – The Pogues’ lead singer – was referring to an old Irish slang word meaning a lazy person. 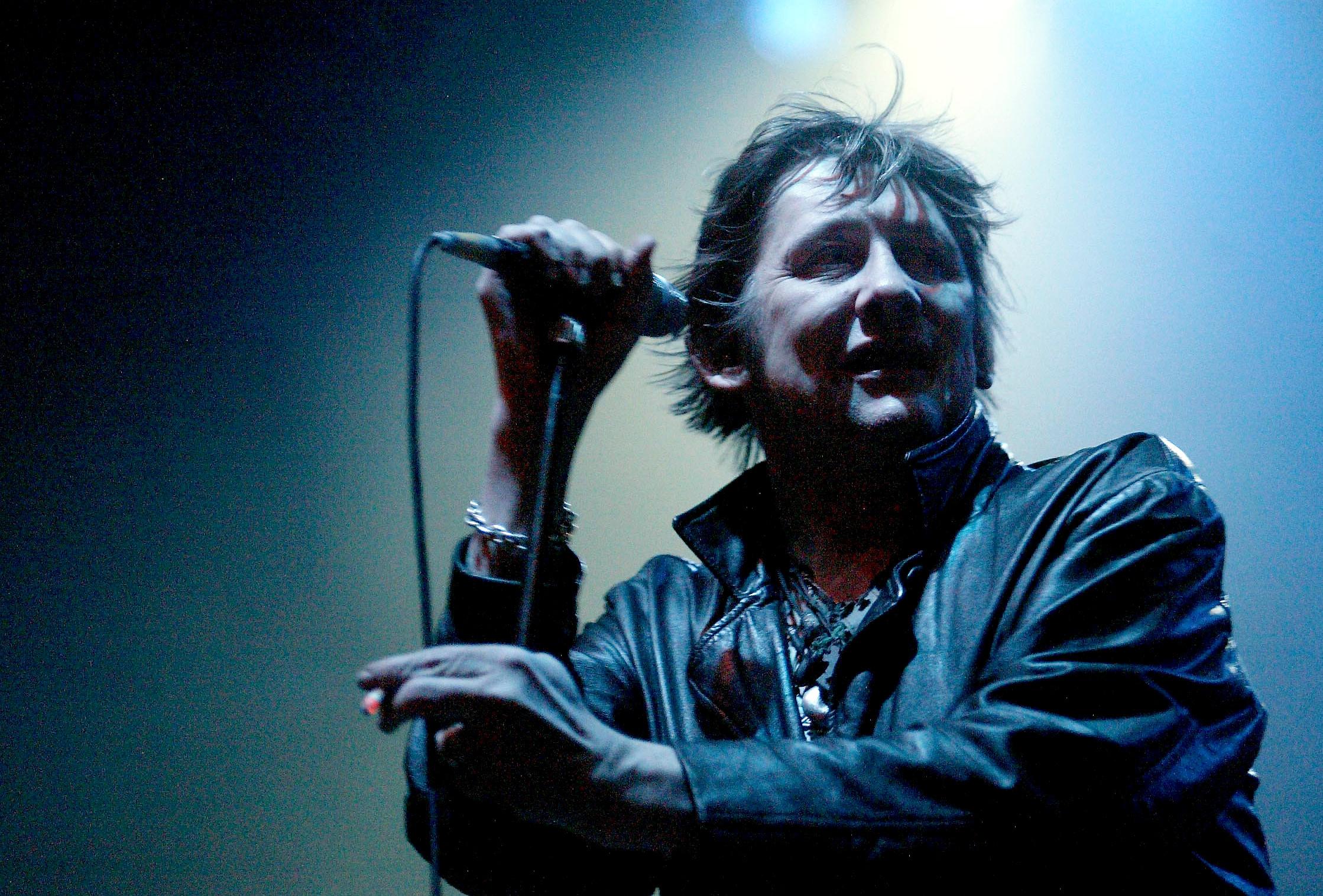 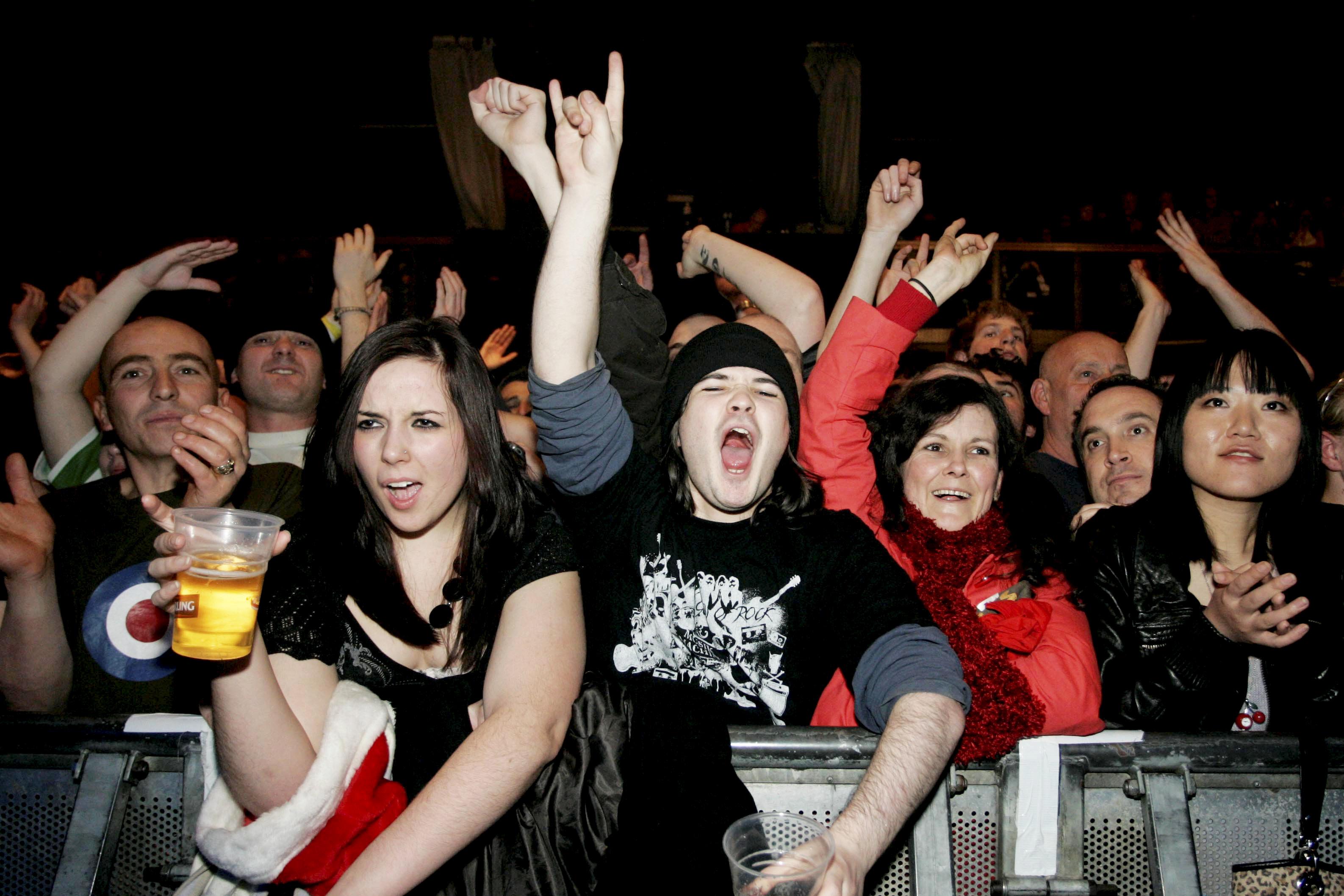 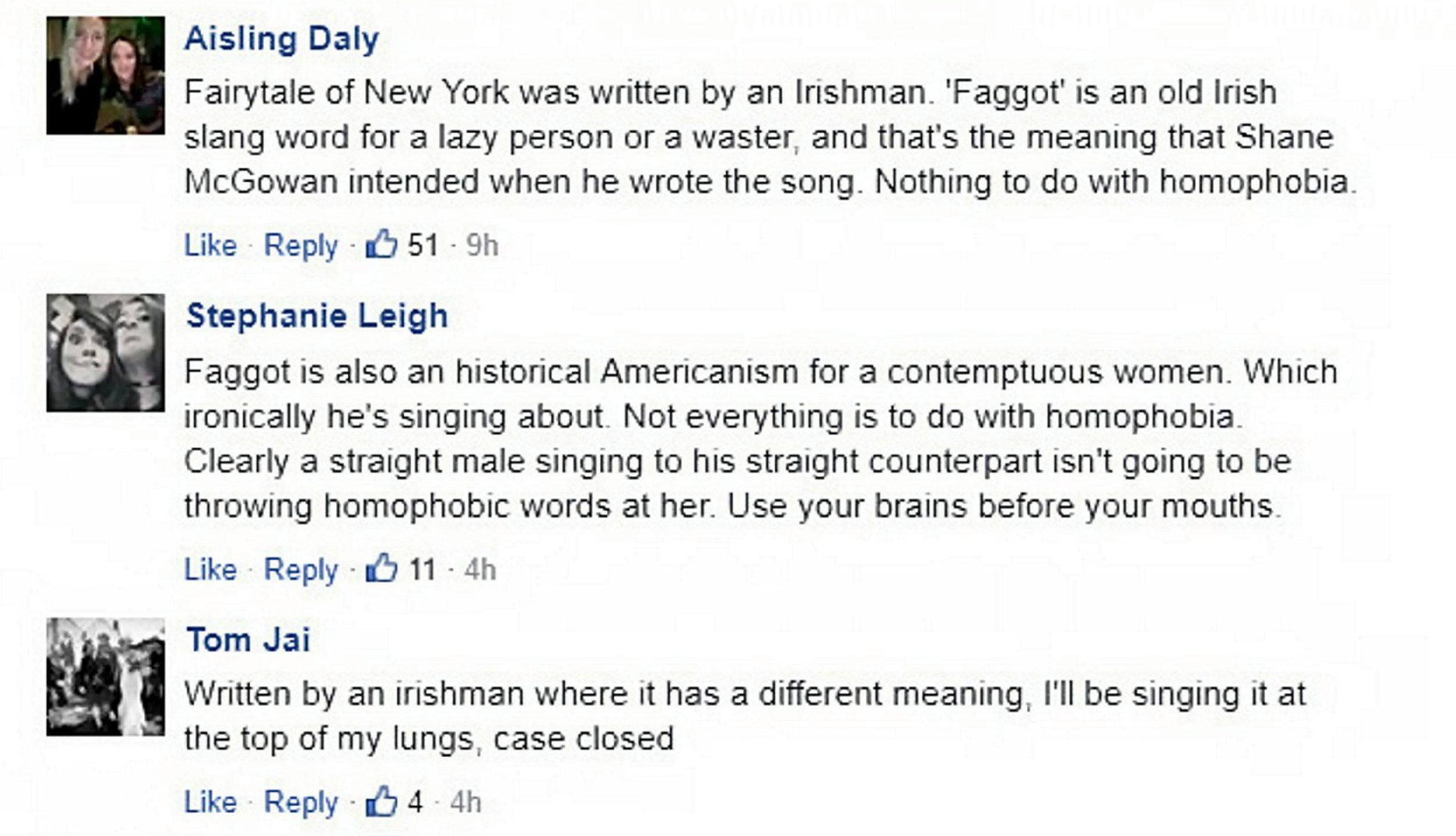 Another person replied: "I'm gay and I sing it loud and proud."

Haynes made his comments in an online article posted on Wednesday entitled "Dear straight people, stop singing the word 'faggot' in Fairytale of New York".

In it, he also posts a link to a six-year-old video of Gary Barlow performing the song with Nicole Scherzinger, Tulisa and Dawn French, which he describes as "reeking of pre-2012".

He writes: "The scene of a packed crowd cheering on a straight woman for successfully uttering a homophobic slur is fuck**g bullsh*t. 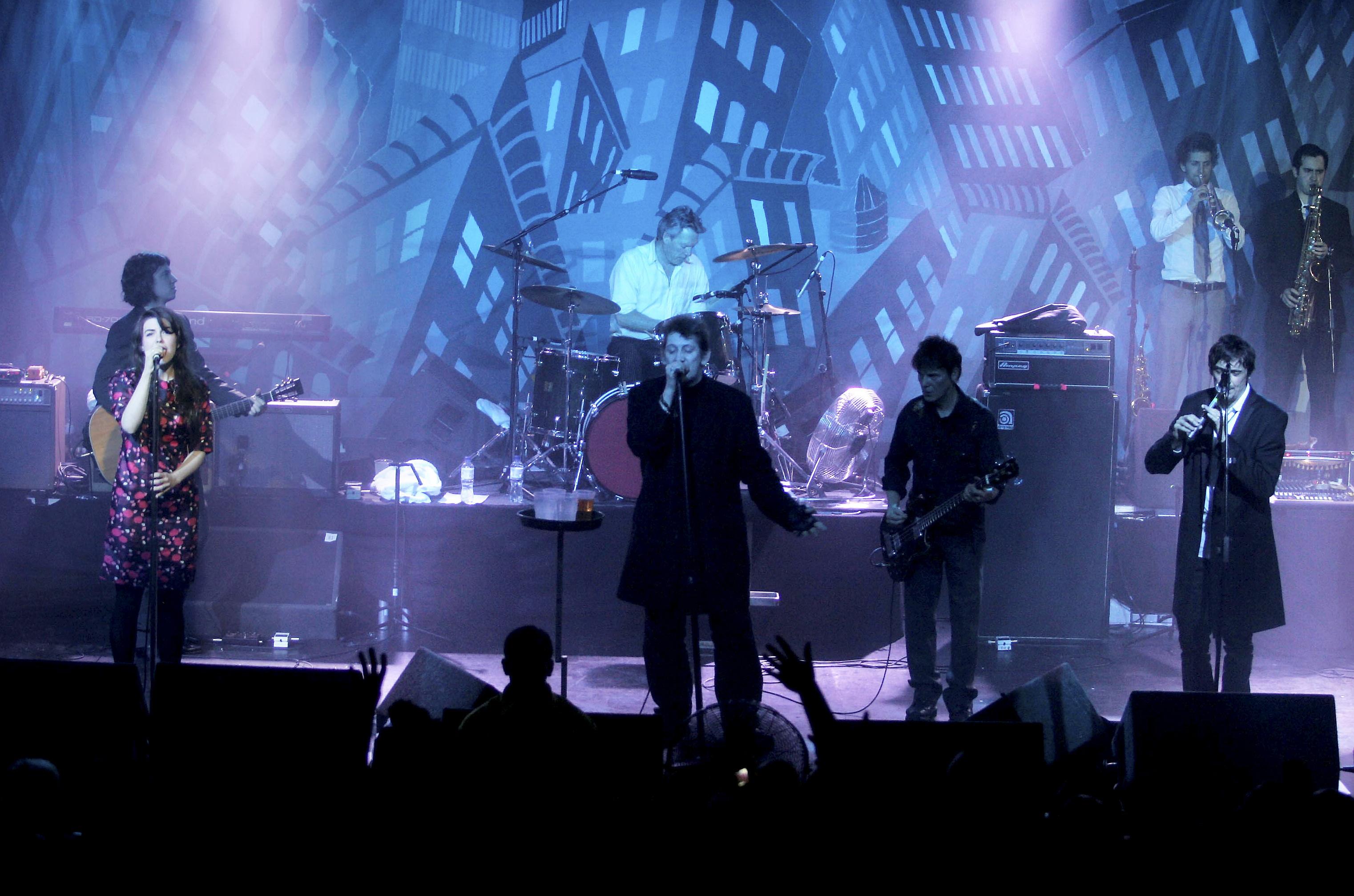 Haynes goes on to argue members of LGBT community listening to the song could be reminded of a time they were bullied.

He concludes by saying: "This Christmas, give yourself the gift of not being an arsehole: When Fairytale of New York plays on your next night out, just don't sing one word of it.

"That's all – one word, two syllables. Not too much of a stretch, right?"

However, his article drew widespread criticism from readers who flocked to social media to comment on the piece.

Aisling Daly said: "Fairytale of New York was written by an Irishman. 'Faggot' is an old Irish slang word for a lazy person or a waster, and that's the meaning that Shane McGowan intended when he wrote the song. Nothing to do with homophobia."

Sophia Alexandria put: "Faggot is an old word for an unpleasant woman.

“It's also Irish slang, and considering the age of the song, my guess it wasn't written with any considerations of future uses of the word. Why is everyone so offended by everything nowadays? Get a grip."