A COCAINE addict allegedly beat his girlfriend’s five-month-old baby to death while her mom listened to music in the shower, say cops.

When a dying Anayelli Avina was found “gasping for air” by her mother, her boyfriend allegedly told her to "stop making a big deal", court records show. 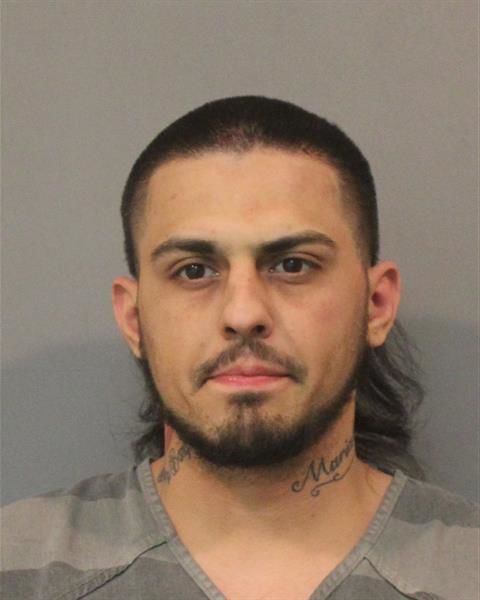 Efrain Gonzalez, 24, has been accused of murdering Anayelli, who died on October 5 last year, six days after being admitted to the University of Chicago Medicine Comer Children's Hospital.

Lt. Steve Kellogg, Hammond Police Public Information officer, said at the time: “We got a 911 call from a mother stating that something was wrong with her baby; the fire department arrived, and took the baby to hospital.”

The Cook County Medical Examiner’s office found that the baby had died from blunt force injuries to her head.

The U.S. Marshals Service took Gonzalez into custody on Friday, reports The Times of Northwest Indiana.

During their investigation, Hammond Police said the baby's mom told them Anayelli was put down for a nap the night of September 29.

But, when she checked on the infant after showering for about 12 minutes, she noticed her "gasping for air".

Anayelli was also suffering bruising and swelling to the left side of her head and ear, the cops' records said.

The mom's new live-in boyfriend regularly drank booze and was addicted to cocaine, according to the charging documents.

The couple had been waiting for a pizza delivery.

However, when the mother emerged from the bathroom, she noticed that Gonzalez was watching TV, with the volume up loud.

The cops' report explains that upon checking her daughter, she heard the severely injured baby gasping desperately twice, to try and breathe.

And when she picked her up, Anayelli's head 'flopped' back.

Yet Gonzalez was defensive about her injuries, telling the mother to "stop making a big deal out of everything" and to "calm down," when she called 911, the documents added.

The records also say that Anayelli was diagnosed at hospital with bleeding of the brain and a skull fracture.

Gonzalez told cops he had been watching TV when he heard the baby crying.

He said he tried to grab Anayelli, but the baby "slipped" out of his hands.

Cops were also told that her head struck the bassinet's metal railing.

Gonzalez claimed he heard her breathing so "kept telling himself she would be okay," according to the charging documents.

The baby was placed on life support, but her mom decided to have her gradually removed from it, when her condition deteriorated in hospital.

Hammond police said last October that the infant’s three siblings were taken into custody by the Indiana Department of Child Services.