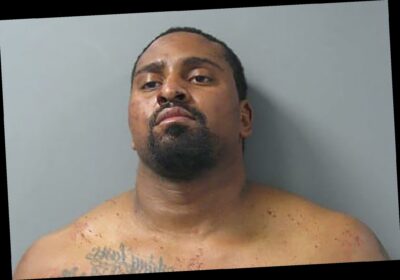 A man arrested for allegedly beating his girlfriend’s 7-year-old son to death with a hammer in West Virginia told authorities he “just lost it,” according to police.

Rashad Akeem Thompson, 34, allegedly carried out the deadly assault around 2:45 a.m. Thursday inside an apartment complex in the city of Beckley, authorities said.

When cops arrived, they found a hammer covered in what appeared to be blood on the living room floor, WSAZ reported.

They discovered the young boy’s body lying on the couch with extreme trauma to the left side of his head.

“I just lost it,” Thompson allegedly told police, according to the local report.

The criminal complaint states detectives believe he was bludgeoned with the hammer.

The boy’s 24-year-old mother, identified by the outlet as Felicia Brown, was found at a neighbor’s house bleeding heavily from apparent stab wounds to her face, cops said.

She was hospitalized in critical condition.

A broken knife was also recovered inside the home, the outlet reported.

He is being held at the Southern Regional Jail pending his arraignment.