Home » World News » Man, 53, stalked ex-girlfriend by sticking posters of her to his van

Man, 53, stalked ex-girlfriend by sticking posters of her to his van 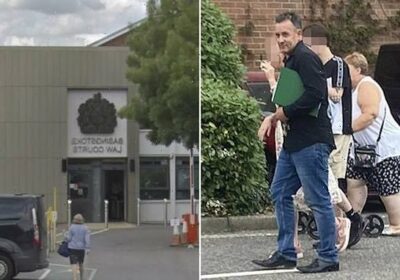 Kitchen fitter, 53, who stalked his ex-girlfriend by driving around with posters of her stuck to the outside of his van ‘to upset her’ is handed restraining order 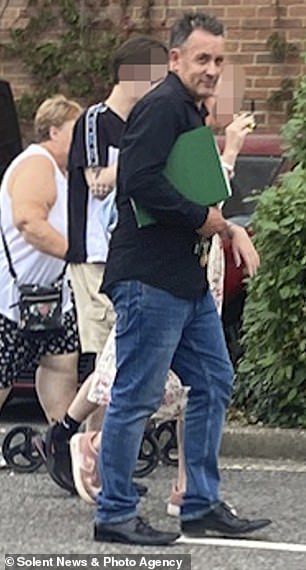 A kitchen fitter stalked his ex-girlfriend by driving around with posters of her stuck to the outside of his van, a court heard.

Neil Chapple put four A4 sized pictures of Kelly Ann Stokes on the back of the bright blue vehicle ‘for no reason other than to upset her’, a court was told.

He then drove to the supermarket she was visiting with her image plastered on to the van.

The 53 year old father of three has now been handed a two year restraining order, including a ban from mentioning Ms Stokes on Facebook.

Basingstoke Magistrates Court, Hants, heard that over the course of a week earlier this year, Mr Chapple was involved a series of incidents targeting his ex.

‘[The complainant] says trees don’t have leaves at this time of year and there he was in plain sight – up to no good.

The court heard a second incident took place three days later, with Ms Stokes and her new partner, when Mr Chapple arrived at the Basingstoke road the couple lived on.

‘He wanted to give [her new partner] evidence that he had been involved in some kind of relationship with Ms Stokes.’

Mr Seneviratne told the court that the third incident happened the following day when Mr Chapple pulled out behind them in his van, although Mr Chapple claimed this was coincidental.

The fourth incident occurred February 9 when Ms Stokes was driving to a Morrisons supermarket with her son. 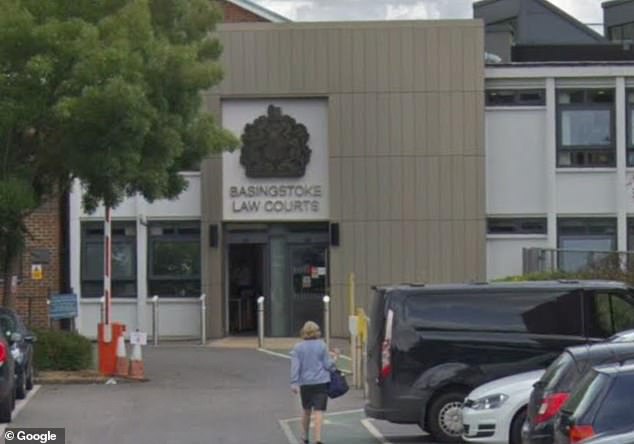 Mr Seneviratne added: ‘His van came into view as she drove [to the shop]. She and her son went into Morrisons and [Mr Chapple] went into the petrol station.

‘Ms Stokes then saw Mr Chapple enter Morrisons and zigzagging between aisles to see what she and her son were doing.

‘But he had four A4 posters on the rear of the van – two on each side. For no other reason than to upset her.

‘Can I invite the court to put themselves in the position of Ms Stokes? Would they have felt harassed or threatened when moving behind the van seeing yourself on the back.’

The court heard that while Mr Chapple accepted to put pictures of Ms Stokes on the back of his van, he denied the other incidents.

Rebecca Mcknight, defending, said: ‘Mr Chapple agrees with the prosecution in relation to the pictures.

‘[Mr Chapple] ought to have known that was harassing conduct.’ 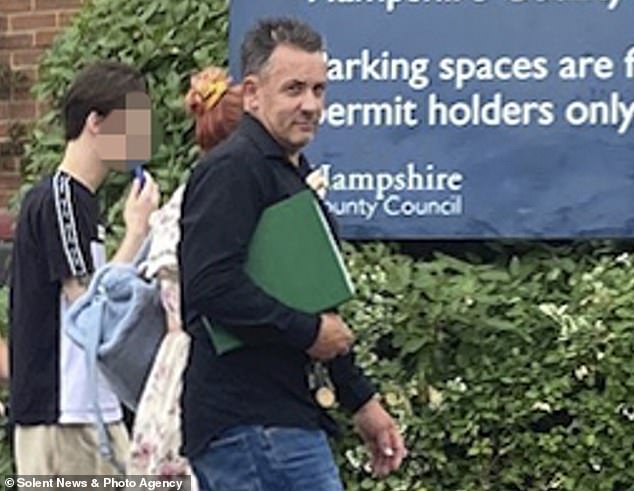 Mr Seneviratne concluded: ‘[Mr Chapple] accepts driving around with pictures [of the victim] for no good reason.

‘That alone justifies the making of an order.’

Although the court decided not to proceed with criminal charges against Mr Chapple, he was handed a restraining order.

District Judge Timothy Pattinson said: ‘This court considers it necessary to make such an order to protect someone, or in this case two people, from harassment by you.’

Mr Pattinson, speaking to Mr Chapple, added: ‘You are not to contact Ms Stokes directly or indirectly save for during any court hearing or tribunal.

‘And you are not to display any image or reference in writing to Ms Stokes which includes any public place including the internet and social media.’

Having been handed the restraining order, Mr Chapple was ordered to immediately remove a Facebook post from the morning of the court case.

He had said ‘back in Basingstoke for the court case with the crazy one’ followed by a winky emoji.