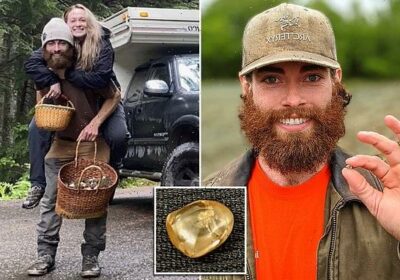 After three days of digging in the dirt for something sparkly, a 26-year-old man was rewarded with an exquisite find: a shimmering, triangular 2.2-carat yellow diamond.

Christian Liden came across the stunning stone at Crater of Diamonds State Park in Arkansas on May 10 while foraging the earth with a friend.

‘I was shaking so bad, I asked my buddy to grab it out of the gravel for me!’ Liden said of the moment he recognized his impressive find.

The Washington native told park officials that he made the 2,000-mile road trip in search of a stone he could use to propose to his girlfriend of two years, Desirae. 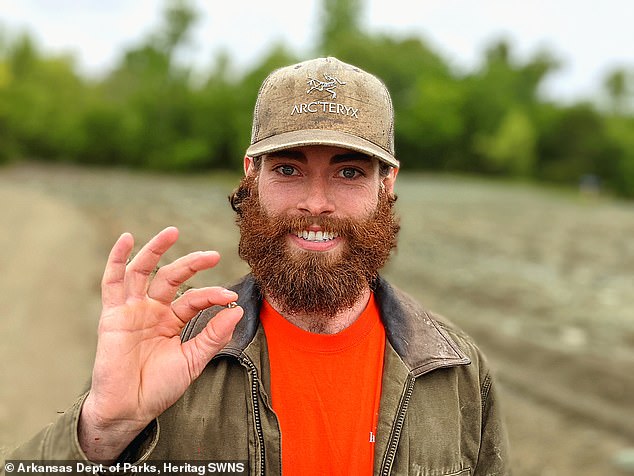 Christian Liden, 26, shows off the incredible 2.2 carat yellow diamond he unearthed at Crater of Diamonds State Park in Arkansas 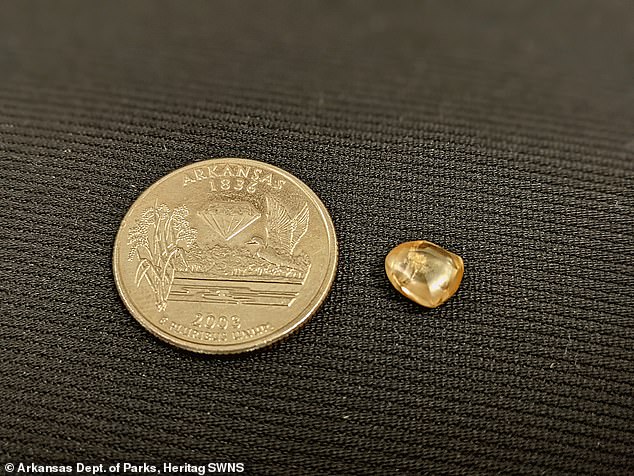 The 2.2-carat, triangular yellow diamond is just one of 121 registered at the park this year 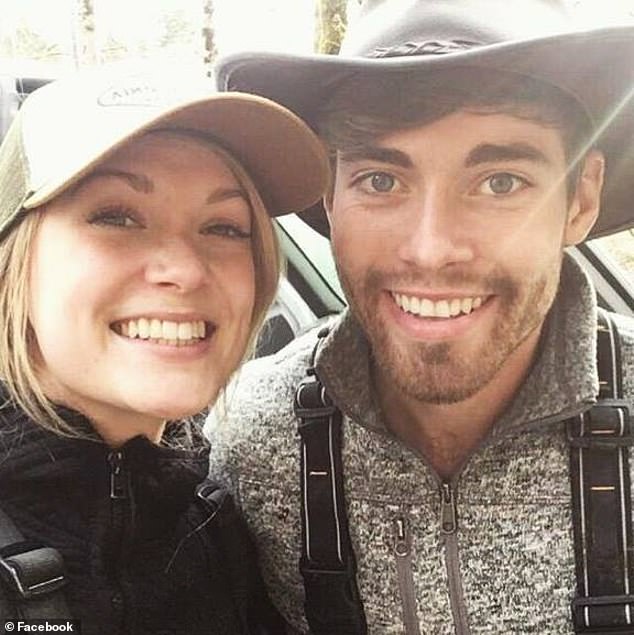 During a walk in the woods, Liden pulled out the raw diamond and proposed to Desirae

Liden had already stocked up on enough gold after panning throughout his home state for five years, but his latest excursion led him to his greatest discovery yet.

‘I never expected anything like that. I was just hoping to find one — just one small one — just so I could put it on the ring and say “hey, I mined that diamond out,”’ Liden told CNN.

Waymon Cox, a park interpreter at the Crater of Diamonds, says it’s impossible to know the market value of the diamond until it’s appraised by a certified gemologist, who consider its grade based on the four C’s: color, carat, clarity, and cut.

Though Liden has been mining his own stones for years, it wasn’t until a coworker told him about the Arkansas park that he decided to check it out for himself. 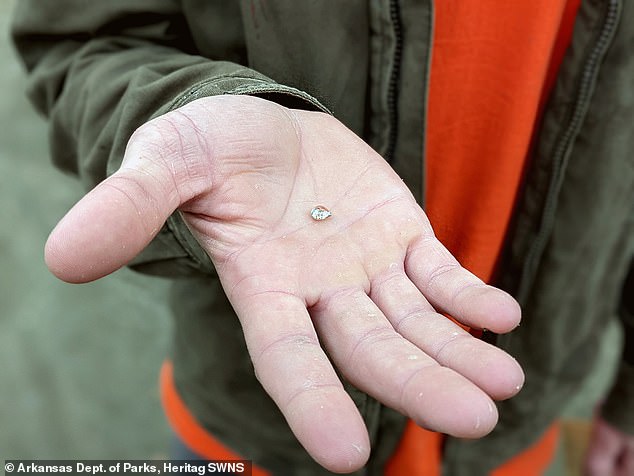 ‘I was shaking so bad, I asked my buddy to grab it out of the gravel for me!’ Liden said

Like any responsible tourist, he started his research online, where he watched videos of others unearthing their own gems at the site.

He built his own mining equipment while his now-fiancée was at work. He then had to think up a ruse after his friend Josh agreed to make the trip with him.

‘She knew I was going on a road trip, but she didn’t know what we were doing. I told her we would be visiting some state parks and some national parks, but other than that, she didn’t know we were going to find gemstones,’ Liden said.

They left Washington on May 1, dug up some sapphires at Yellowstone National Park on the way and reached the Crater of Diamonds on May 7.

The state bought the park from General Earth Minerals in 1972 for $750,000, according to the park’s website. It boasts a 37.5-acre diamond search area where visitors regularly find jewels.

So far this year, 121 diamonds weighing more than 20 carats have been registered at the park. 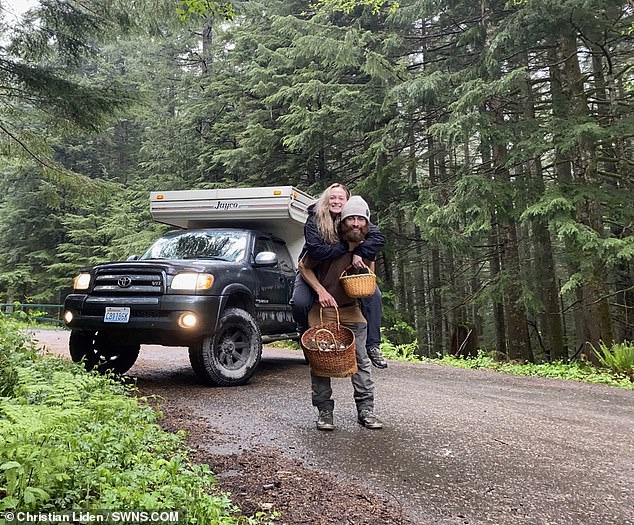 Liden proposed to his girlfriend during a walk in the woods the day after he got back, though he gave her with a different ring while they have the diamond fashioned into one

‘As beautiful as this diamond is, I think the best part is the story behind it,’ Edmonds said. ‘Since the eighth grade, Mr. Liden has dreamed of creating a special ring for his future wife with stones and gold he mined himself. And now he can make that dream come true!’

Liden proposed to his girlfriend during a walk in the woods the day after he got back, though he gave her with a different ring while they have the diamond fashioned into one.

‘After she said yes, I pulled the ring out, gave it to her, and told her this is just temporary while we find somebody that can design a ring around this,’ he told Today.

Admission to the Crater of Diamonds State Park costs $10 and spots are limited to 1,500 a day.