Home » World News » Man, 24, has his own severed leg bone turned into ornament for Christmas after he was struck by a hit-and-run driver

Man, 24, has his own severed leg bone turned into ornament for Christmas after he was struck by a hit-and-run driver AN AMPUTEE received his severed-off bones as a Christmas ornament just months after he was the victim of a hit-and-run so violent, he lost his lower leg.

Justin Fernandes, 24, was walking home from work in July when a speeding motorcycle crashed into him and sped off, barely pausing to make sure Fernandes was okay. 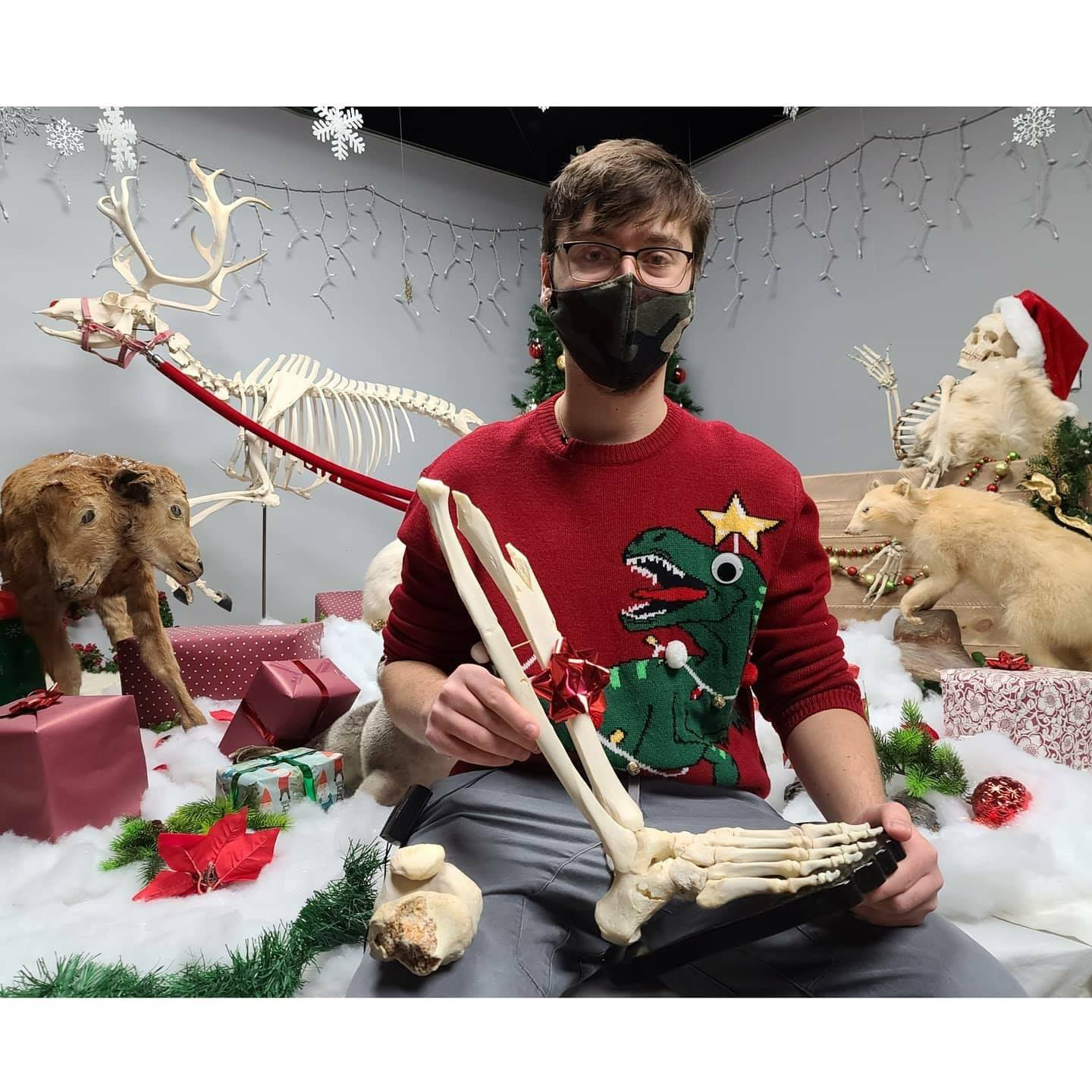 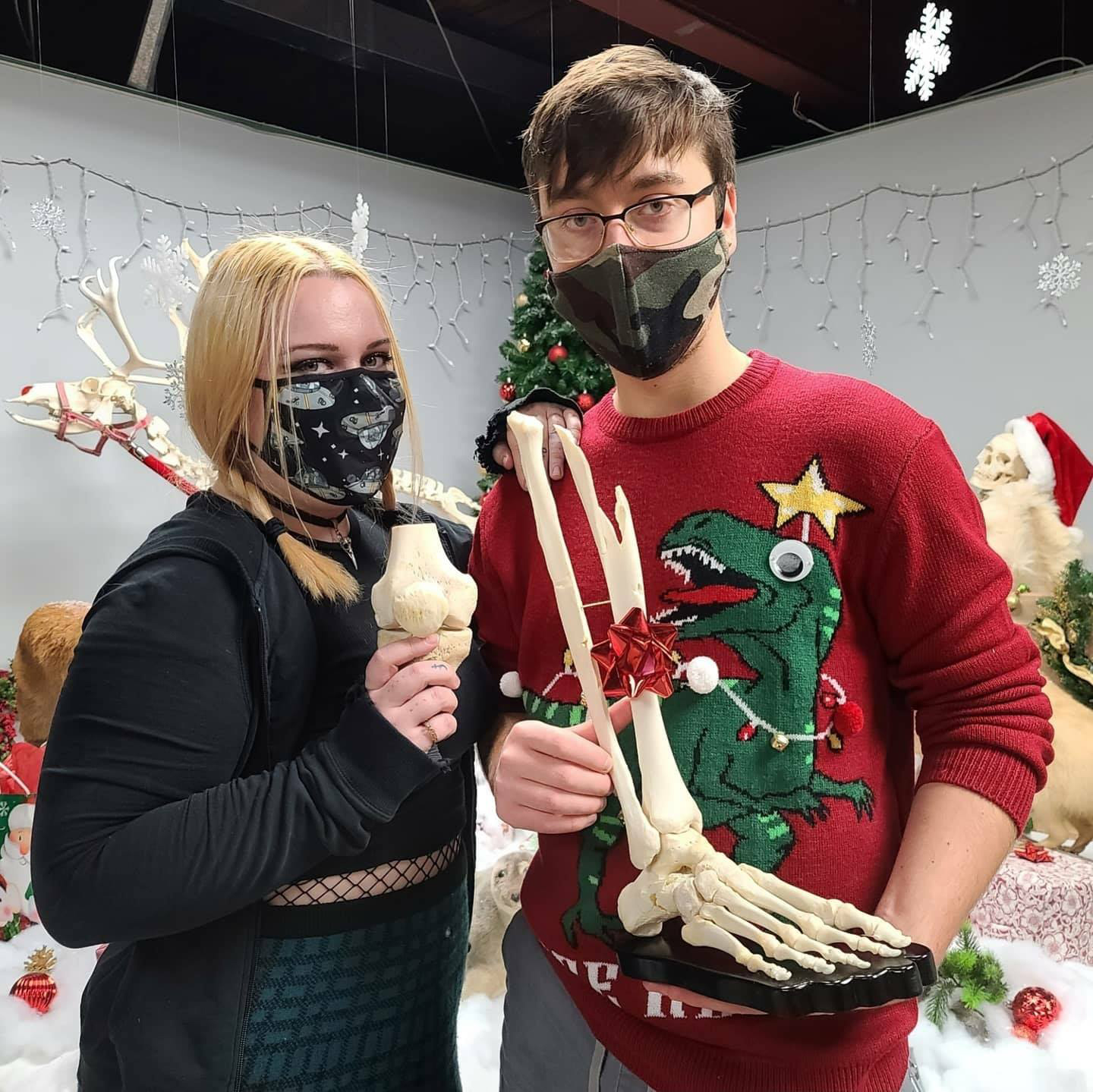 He was not. The impact was so severe, he ended up losing his right leg and spent months in a rehab facility learning how to walk with an artificial limb.

For Christmas, however, he received the gift of a lifetime: his very own lower leg bones, taxidermied and polished, made into a hanging ornament for his tree.

"This was my closure, basically," Fernandes said. "This is how I wanted to grieve."

After the crash, Fernandes took to the internet to make sure he went through his grieving process. He posted on a taxidermy page his request: he wanted his leg bones treated and reassembled. 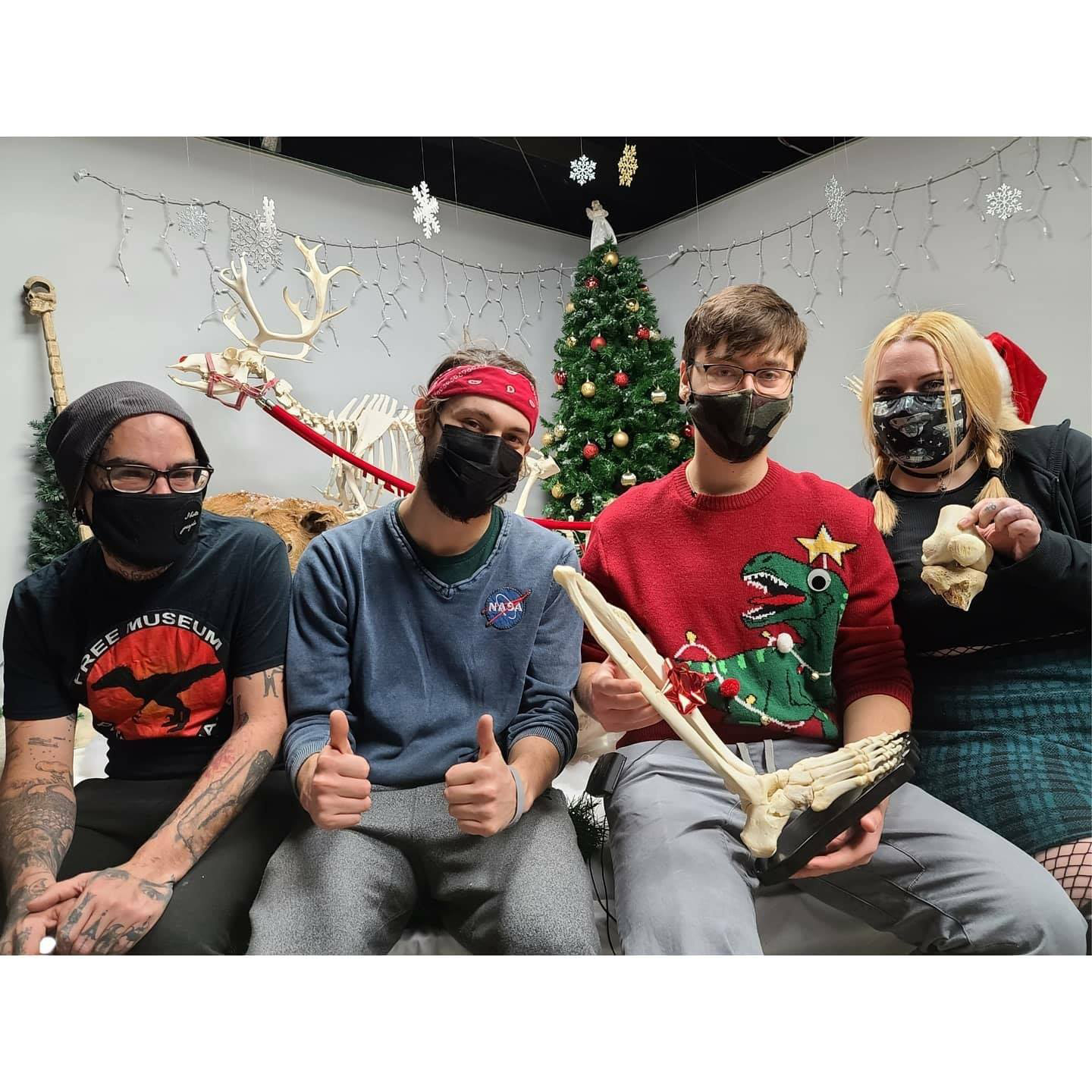 The Prehistoria Natural History Centre (PNHC) in downtown Toronto – which has more experience dealing with animal skeletons for display purposes – took on the strange request.

"We didn't know him when the incident happened," PNHC Head Director Ben Lovatt told CTV. "But through the process, we've gotten to know each other quite well and he's kind of become an adopted member of our family here at the museum."

Lovatt said they took on the call like they normally would any other request for taxidermy, often used by pet lovers who want to keep their pets in their memories.

"Everyone heals in their own way from a tragic incident," Lovatt said. "And this incident was a hit and run that left him almost bleeding to death at the side of the road."

"So he was trying to find some way to have closure, some way to kind of feel whole again, and this was a unique way to do so," he said.

The PNHC even provided the service for free.

"We actually had heard that he had reached out to a taxidermy studio who quoted him $15,000 to do his leg," he explained. "Now, for a frame of reference what $15,000 should get you in terms of bone preparation, I would charge that much to take an entire dead whale off of a beach, tear it down to the bone, and mount it up." 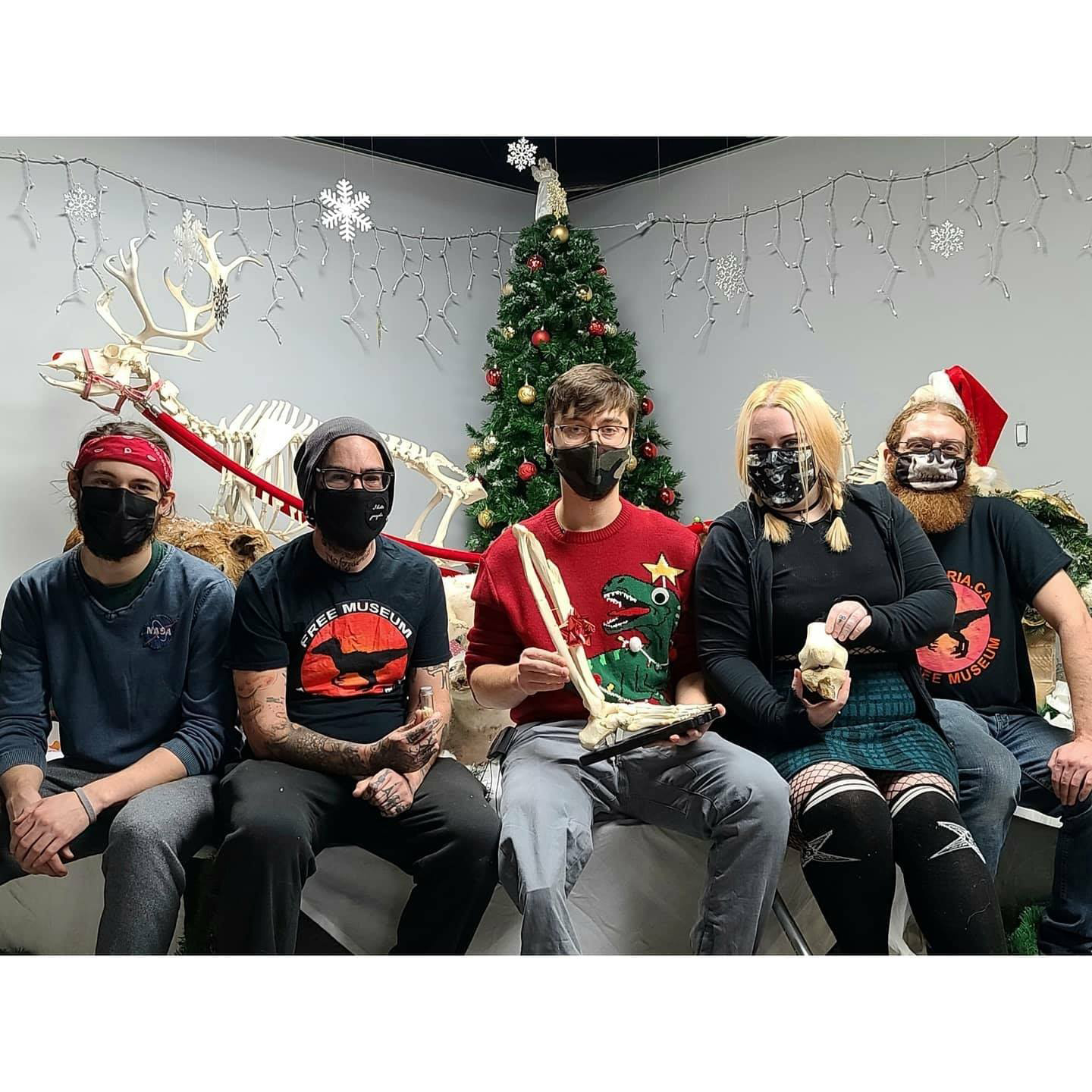 "So yeah, it was quite an outrageous request for that much money. So for us, it seemed like it was something we could give back," Lovatt said.

The plan wasn't all that easy, however, as Fernandes had to get a custom waiver signed to get his leg released – all from the hospital bed.

"If you can picture this, I’m just in this hospital, I don’t even have a prosthetic leg at this point, I’m just hopping around, I’m stuck in bed and I’m sending 100 emails and dozens of phone calls all over the place," he joked.

After he and Lovatt got the go-ahead, Fernandes had a funeral home transport his leg to PNHC, in a box that had "biohazard stickers all over," he said, "it looks crazy."

Once it arrived, the PNHC removed everything but the bones and whitened them to be "sterile and safe," explained Lovatt.

After waiting for months, Fernandes received a much-awaited Christmas present on Wednesday.

"That was the first time I held my entire leg rearticulated," said Fernandes. "It was unreal."

Fernandes also pushed back on others saying it was a morbid gift.

"To me, turning that morbid, sad object that people would just dispose of and forget, I wanted to turn it into art basically, and that’s what I see, when I see it, art. I think it’s beautiful," Fernandes said. "You grieve however you feel is the right way to grieve. It’s your loss."

"Two months ago, I couldn’t even walk," he ended. "It takes a lot of willpower but it can be done. This isn’t the end. Your life isn’t over."