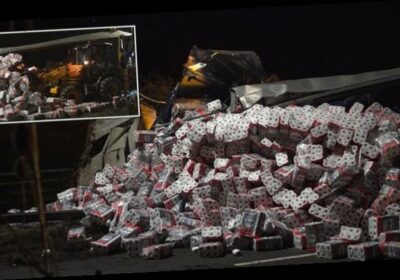 Wipeout! Lorry packed with toilet roll crashes on icy road spilling precious cargo all over the A50

Tonnes of toilet roll were left strewn across a busy motorway after a lorry crashed in icy conditions.

The HGV rolled over on the A50 near East Midlands Airport last night, spilling its load and causing lengthy tailbacks.

Police, firefighters and an air ambulance raced to the scene at Lockington to cut the driver from the cab as the vehicle straddled both lanes of the busy road. 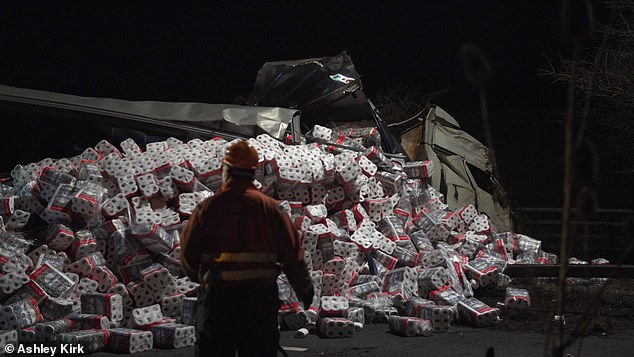 The HGV rolled over on the A50 near East Midlands Airport last night, spilling its load 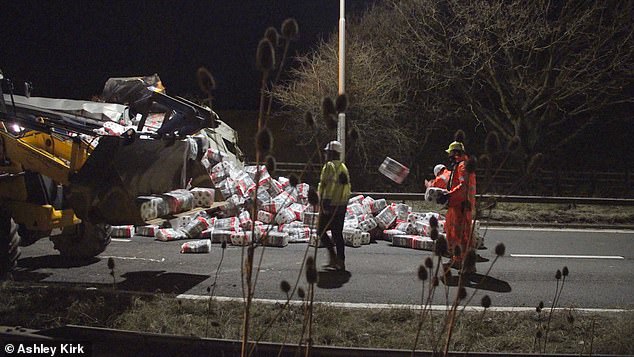 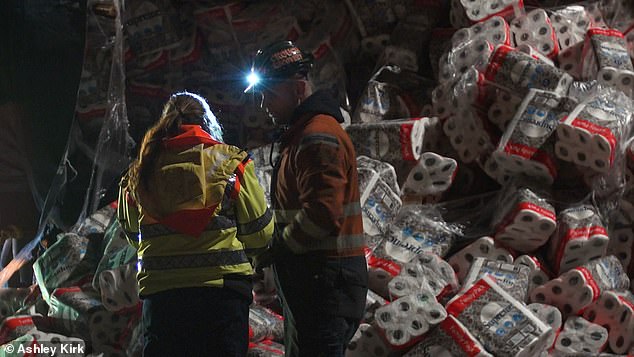 Police, firefighters and an air ambulance raced to the scene at Lockington to free the driver from the cab

The driver was unharmed in the crash, and a tractor was sent to collect hundreds of packs of toilet roll left on the carriageway before the road reopened some six hours later.

A guest at the nearby Hilton hotel said: ‘I heard a loud screech and then a massive bang…I don’t know how you crash on a straight section of road.’

The incident comes amid the Met Office issuing a warning for snow and ice.

Lorries jack-knifed, vehicles became stuck and gritters were out in force on Britain’s roads today as parts of the country were battered by blizzards and villages were left at risk of becoming cut off.

The wintry weather, which also led to beautiful picture postcard scenes and dogs excited to play in the snow, came amid concerns Scotland faces a new ‘Beast from the East’ as freezing air sweeps in from Siberia this week.

Forecasters say a ‘sudden stratospheric warming’ event over the North Pole last month could herald a repeat of the white-out conditions seen three years ago as bands of rain from England meet winds from Russia.

Areas of Scotland face snow up to 16in (40cm) deep over higher ground, with the country under five consecutive days of snow warnings that also extend down to northern England today and tomorrow along with an ice alert. 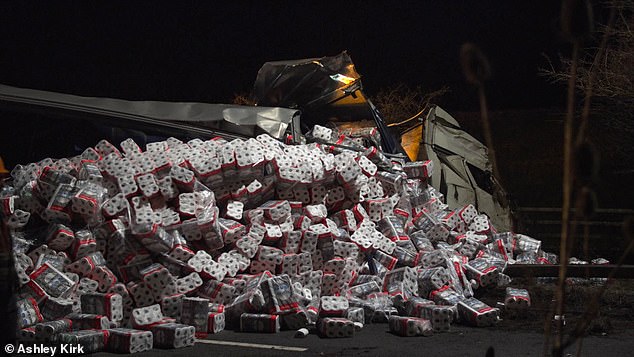 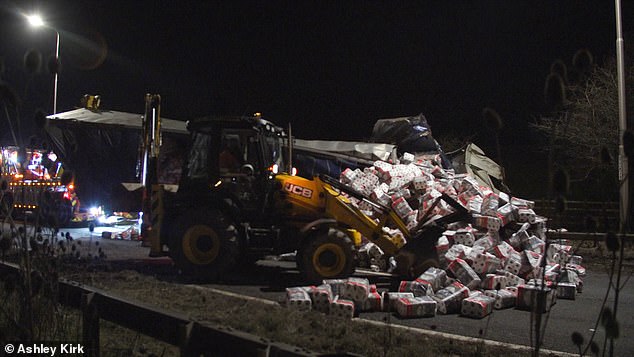 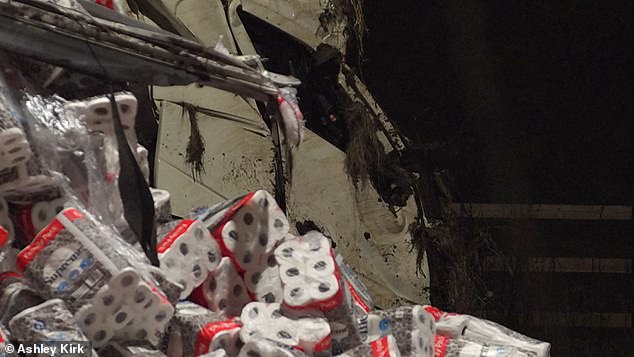 Parts of northern England have already seen heavy snowfall overnight into this morning, with the Met Office warning rural communities are at risk of becoming cut off and widespread travel disruption is likely.

A handful of schools in Harrogate, North Yorkshire, were closed this morning to children of key workers who were still allowed to attend during the pandemic, while there were major problems on the M62 in West Yorkshire.