‘I’m the son of God and if you don’t believe me, there will be blood on your hands’: Lord’s son, 21, killed himself after his carer ignored mother’s plea for help over his suicide threat, inquest hears

The son of a peer killed himself hours after his carer ignored a message from his mother pleading for help, an inquest heard today.

A statement from Mrs Green given to the inquest said she raised the alarm after Rupert had accused her of not believing he was ‘the son of God’.

The inquest at Woking Coroner’s Court heard how Rupert had become psychotic and believed his female roommates at his University of Essex accommodation, where he studied biology, had turned against him and were hacking into his computer. 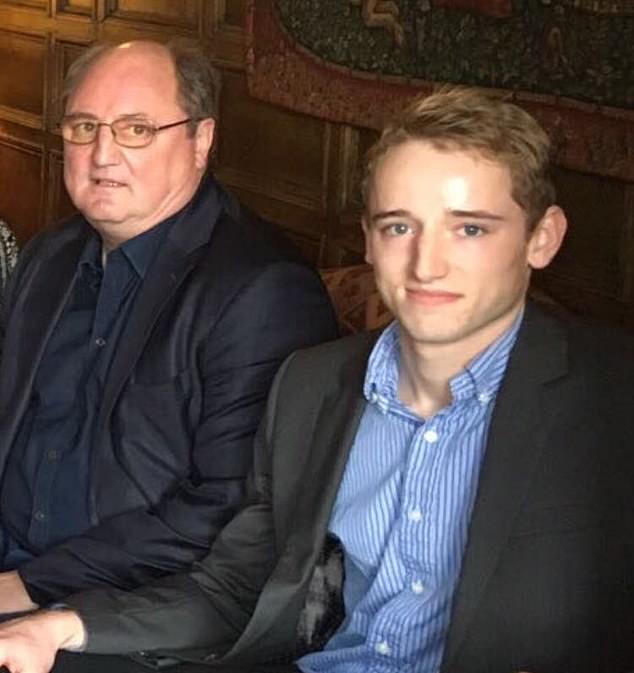 Rupert Green, 21, the son of Lord Nicholas Monson, hanged himself at his family home in Farnham, Surrey

Mrs Green said she had ‘a strange conversation’ with her son on January 18, 2017, the day he hanged himself.

She said: ‘He said something like, “you’re hiding the truth from me”.

‘I asked what he thought I was hiding from him, I said I was not hiding anything. 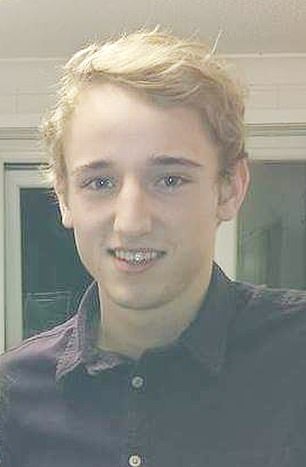 ‘He said, “I’m the son of God and if you don’t believe me, there will be blood on your hands.”

His mother subsequently text Ms Brevitt, who had been looking after Rupert for some ten months, the inquest heard.

She said: ‘I think I said Rupert warned I would have blood on my hands for not believing he was the son of God.’

Mrs Green said she deleted the texts after Rupert’s death, but added: ‘My phone records confirm the text message was sent, I didn’t receive any response.’

Rupert believed that ‘if he cut his wrists it would prove the truth of his thoughts,’ the inquest heard.

In the months before his death in January 2017, he had also threatened to kill himself several times and spent three weeks in a mental health unit, the hearing was told yesterday.

The 21-year-old hanged himself hours later then spent five days on life support before he died. 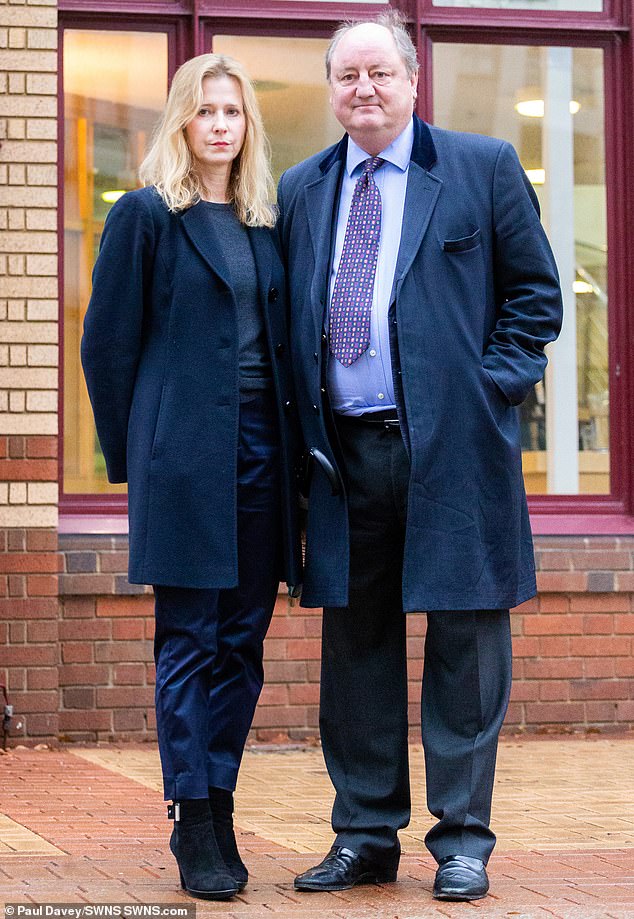 Lord Nicholas Monson and the mother of his son Rupert, Karen Green, at Woking Coroner’s Court

It is the second tragedy to hit peer Lord Monson, the 12th Baron Monson, of Burton, Lincolnshire, whose eldest son, Alexander Monson, died in police custody in Kenya in 2012.

The inquest heard three days earlier, on January 15, Rupert visited the Safe Haven cafe, in Aldershot, a mental health walk-in centre, but was refused referral to a home treatment team.

A nurse at the centre, Diane Evdoka, was told by Vimbai Vhondo, a home treatment nurse, his condition was not serious enough to warrant a referral.

But Alison Blofield, a consultant nurse who carried out an independent review into Rupert’s death, said he should have been seen.

Coroner Anna Crawford asked Ms Blofield: ‘A combination of his presentation and what he was saying about harming himself would, in your view, have been sufficient to justify a home treatment assessment on the day?’

She replied: ‘Yes, most definitely.’

The following day, on January 16, Rupert met with consultant psychiatrist Sofia Efstratiou, but he ‘didn’t express any thoughts about killing himself’.

Ms Efstratiou said he was psychotic but it was not diagnosed as ‘drug-induced’.

Lord Monson has previously blamed his son’s condition on his use of skunk cannabis.

Ms Efstratiou said: ‘In order for somebody to be diagnosed with drug-induced psychosis it’s not enough for the person just to say I’m using substances..’

She said: ‘As a result of that at the time of the appointment we rated the risk of using substances as low.’

Asked by the coroner if she would do anything differently, she said: ‘In that appointment, there were many comments or questions and discussions coming from the mum.

‘It would be better for me I think if I had spent some time with Rupert by himself.’