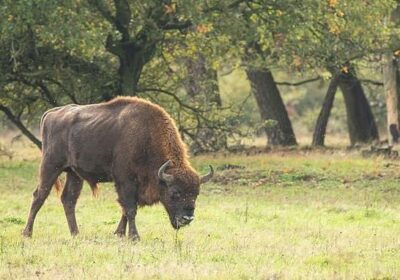 Bison are back in Britain: Long-lost giant will roam in Kent from today in new rewilding project featuring a bull from Germany

Wild bison will be released into the Kent countryside today as part of a £1.2million project to ‘rewild’ Britain and help slow global warming.

The huge beasts, which weigh up to a ton, have been extinct in this country for 6,000 years.

Now it is hoped the European bison will help to revitalise ancient woodland and create an ‘explosion of biodiversity’. 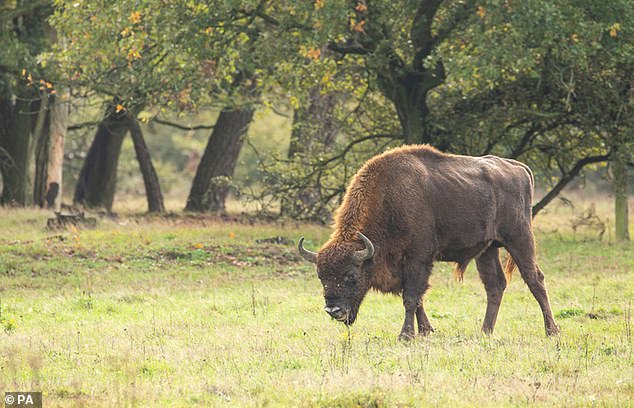 Home on the range: A bison pictured at the Wildwood Trust near Canterbury in Kent as bison are being introduced into an ancient British woodland to help tackle the climate crisis, conservationists said 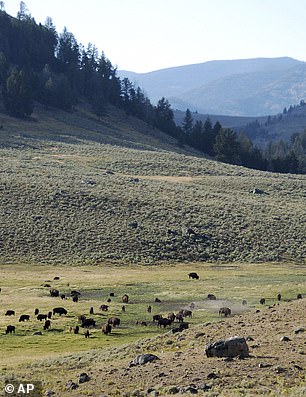 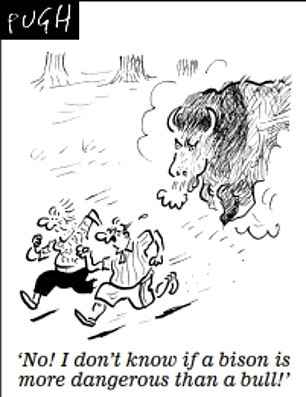 A herd of bison are seen in Yellowstone National Park, Montana (left)

Initially, one male and three female bison – a bull from Germany, a matriarch from Scotland and two youngsters from Ireland – are being introduced. It is hoped they will breed over time to create a herd.

The European bison – the continent’s largest land mammal – are a close relative of the type that once roamed the UK, the extinct steppe bison. They are slightly larger than the American bison, but less heavy and aggressive.

The animals are known as ‘eco-system engineers’, creating muddy ponds, pushing down trees and disturbing the soil to help plants and other animals thrive.

They will be released into a large fenced off enclosure in West Blean and Thornden Woods, near Canterbury. Donovan Wright, who will look after their welfare in the former commercial pine plantation, said: ‘You get this ricochet effect through the ecosystem, so many species are able to benefit.’

Paul Whitfield, director-general of the Wildwood Trust, which is leading the project with the Kent Wildlife Trust, said: ‘They will create an explosion of biodiversity and build habitat resilience, locking in carbon to help reduce temperature rise. This will act as a huge catalyst for change.’

Evan Bowen-Jones, chief executive of Kent Wildlife Trust, added: ‘We need to revolutionise the way we restore natural landscapes – relying less on human intervention and more on natural engineers such as bison, boar and beaver.’