A leading figure in the international response to the pandemic has described repeated use of lockdowns during the first two years of the COVID crisis as a failure of narrative and policy.

Dr David Nabarro, the World Health Organisation’s special envoy on COVID-19, says lockdowns were an effective way for governments to buy time to prepare their health systems at the start of the pandemic, but should not have become a default response to outbreaks. 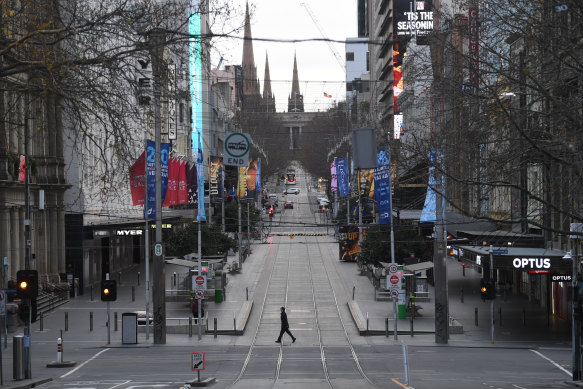 A near-empty Bourke Street during a Melbourne lockdown.Credit:Justin McManus

In an interview for Lockdown, a new book by this reporter that examines why Melbourne spent longer under stay-at-home orders than any other city in the world, Nabarro said a “middle path” was open for governments to suppress the spread of the virus through less-restrictive public health measures.

“We just couldn’t understand why so many countries were see-sawing between what was sometimes called freedom and lockdown,” he said. “That is not the way. You keep your number of cases down by having really good surveillance and detection and isolation.

“I just thought the narrative was wrong. Why on earth are people always going on about lockdown as though that is the best thing a government can do when, in my judgment, it was a failure of narrative and a failure of policy?

“There is a huge cost to this 100 per cent lockdown approach.” 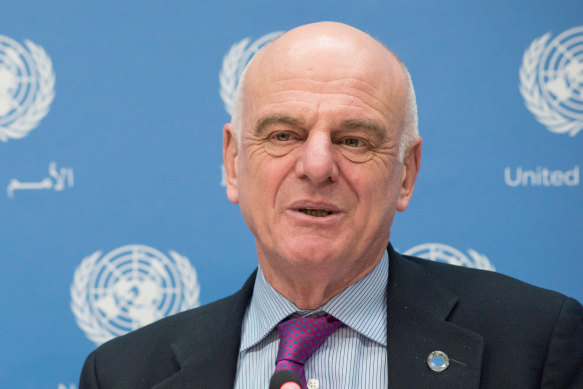 During an expansive interview, Nabarro did not directly criticise the Andrews government or Australia’s pandemic response. He said the socio-economic impacts of lockdown were more pronounced in developing countries and that, as an island nation, Australia was able to contemplate an approach not open to countries with porous borders.

However, his comments will renew public debate leading into the November state election about whether the Victorian government was justified in locking down Greater Melbourne as often and for as long as it did, particularly after the state improved its contact tracing.

Nabarro compared Melbourne’s pandemic experience with that of Uganda in East Africa, where schools were shut for the best part of two years, along with nightclubs, bars and cinemas. He warned of the social fractures that protracted restrictions can cause.

“You might want to restrict movement a lot at the beginning because you are trying to reduce the spread of the thing, but the key thing is not to do it for too long,” he said. 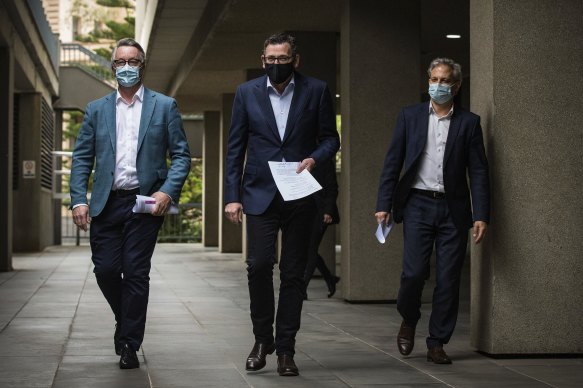 “Where it goes wrong is where people can’t make sense of it, get angry and feel they are being pushed around. You can lose the trust of people very quickly.”

When interviewed for the book ahead of the current winter epidemic, Victoria’s chief health officer Brett Sutton said he wouldn’t support the reimposition of harsh restrictions on a highly vaccinated population. “The reality is a lockdown wouldn’t work with the Omicron variant, in my view, anyway,” he said.

Sutton said he agreed in-principle about the need to use of lockdowns sparingly, but argued that Australia, due to its geographic isolation, was an exception.

“I think Dave Nabarro is right: you use all of the more-sustainable, less-intrusive mechanisms to do what you can without using lockdowns as your only or largest tool,” he said. “But he is really talking about Europe or North America and not the so-called COVID-zero states.”

Former health minister Martin Foley defended the use of lockdowns before vaccines were readily available and said that by the end of 2021, they were no longer a proportionate or necessary public health measure.

Lockdown traces Melbourne’s pandemic experience including the detention of housing commission tower residents, the fall-out from hotel quarantine outbreaks and the emergence of COVID-zero as a political and public health doctrine. 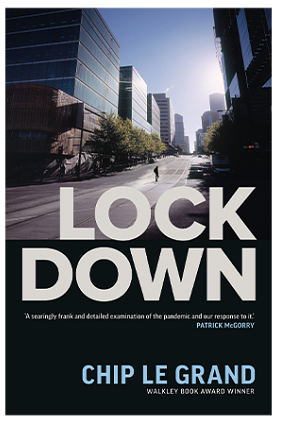 Lockdown is the story of Melbourne’s pandemic experience.

Nabarro, the chair of global health at the Imperial College’s Institute of Global Health Innovation in London, said the WHO never believed COVID-zero was feasible.

“Just as we didn’t like 100 per cent lockdown because of its destructive nature, we also didn’t like zero COVID. Our line was stick with the basic public health principles of alert, detect and respond, rather than go for zero tolerance.

“There is a middle path between zero COVID and letting the virus just do what it wants. That is, keeping it at bay through good quality public health services but, most importantly, with people and the state being on the same side.”

Professor Allen Cheng, an infectious disease expert who joined Victoria’s public health team at the height of the second wave, said if Victoria had not adopted a COVID-zero strategy, many thousands more people would have died.

“If we hadn’t taken the chance to get it down to zero, it would be a very different place and we would be missing a whole lot of people,” he said.