A paramedic was seen crying as emergency services spent an hour trying to save the boy’s life after the stabbing in Stratford, East London, at about 6.45pm yesterday.

The boy was found collapsed after a fight in a council estate, which was so ferocious that a pizza delivery driver locked himself in his van for safety. 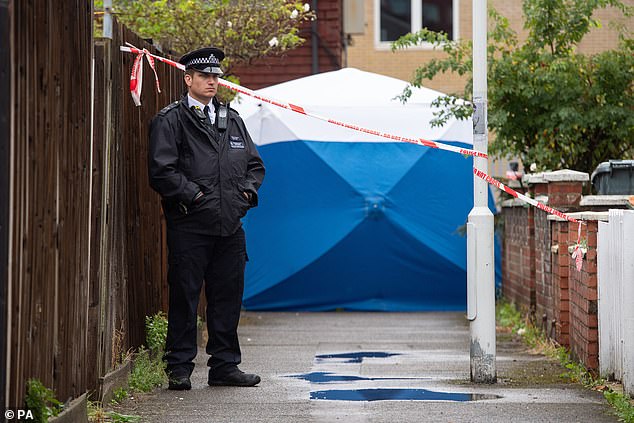 Police at the scene in Stratford, East London, this morning after launching a murder probe 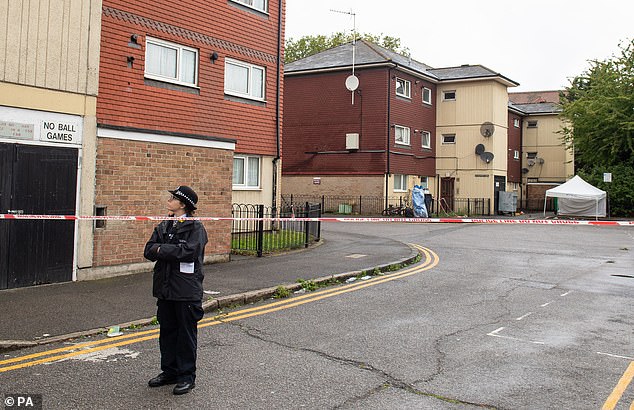 Speaking in Stratford today, father-of-six Sadekur Rahman, 41, told how he saw paramedics conducting CPR on the youth after looking over his back garden wall.

He said: ‘The paramedics did try their best to save him. I overheard he had been stabbed in the thigh and just below the chest on his right hand side.

‘None of us, neighbour or police, could identify him. When I saw the victim there were police and paramedics and they were pumping his heart.

‘It was over an hour, they must have been trying very hard. My wife saw from the upstairs window that one of the paramedics started crying when he died.’ 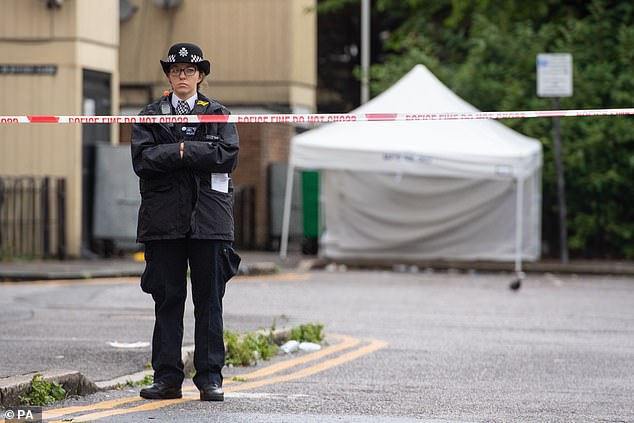 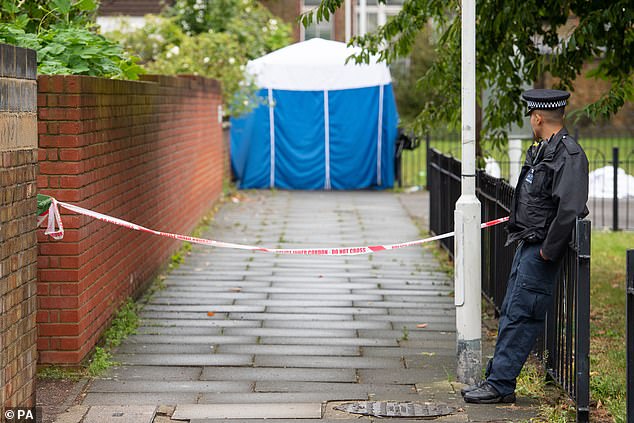 He said he only became aware of the incident after hearing an air ambulance helicopter and added that he thought the boy was unconscious throughout.

Mr Rahman said that the boy appeared to be of Asian heritage, adding: ‘All of us here are scared of these sorts of things happening.

‘They always come round and I’m afraid for my children. Sometimes I don’t even open my door when they are dealing there.’

Another local, who wished not to be named, said there is often drug dealing in the area, although this tends to be by older men in their 20s and 30s.

Speaking about the pizza delivery driver, the mother-of-three said: ‘He was so scared he got back in his vehicle and locked the door.’ 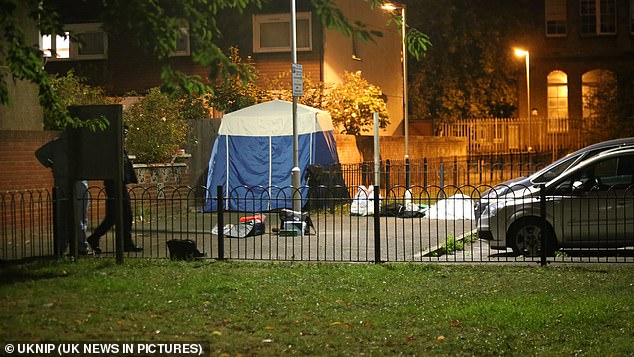 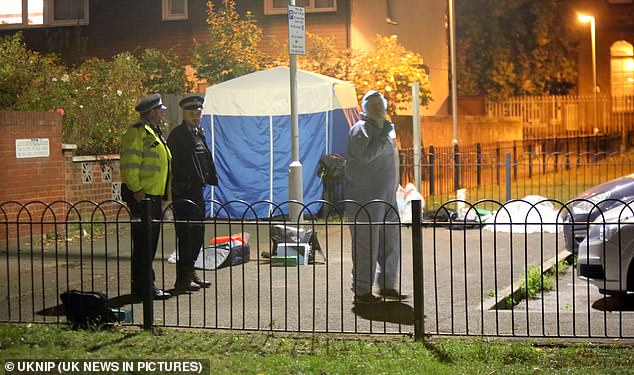 Other neighbours said they saw a group of boys running away from the scene, which is not covered by CCTV cameras.

One local resident, a mother aged 35, who wanted to remain anonymous said: ‘I only saw the boy collapse on to the floor, the paramedics arrived straight away.

‘They tried their best for an hour but when they couldn’t save him I saw one of them crying. It was very sad.’

She added that the last time a stabbing happened in the local area they contacted the council asking for more CCTV cameras to be placed.

‘But they haven’t done anything since then so I’m guessing they won’t do anything this time,’ she said. 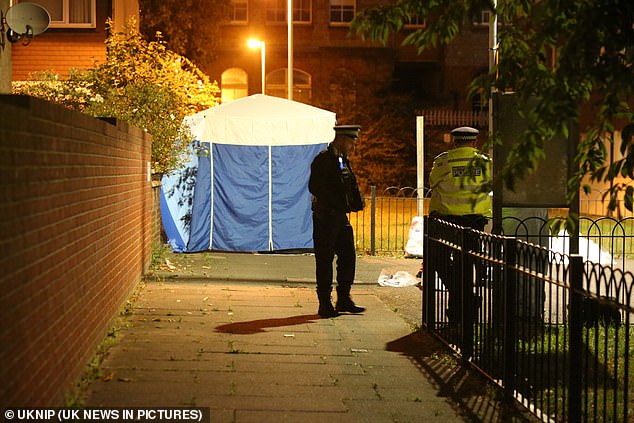 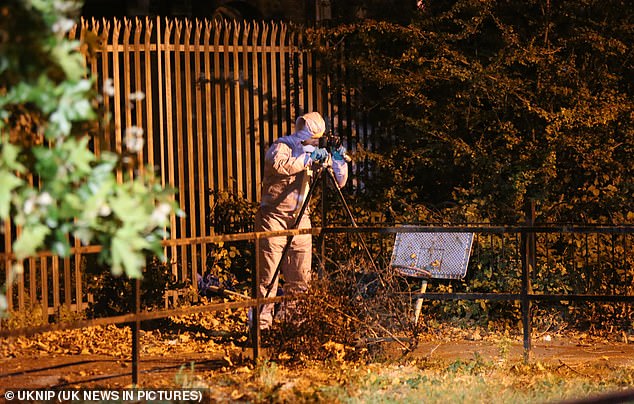 A father of three, who has lived in the area for 30 years, said: ‘It used to be a peaceful area but now it’s become a terror to live in.

‘I contacted my local councillor yesterday telling him of this brutal murder but, you see, police will come here one day and then leave the next day.’

Scotland Yard have not yet made any arrests and are now appealing for witnesses after the boy was pronounced dead at the scene. 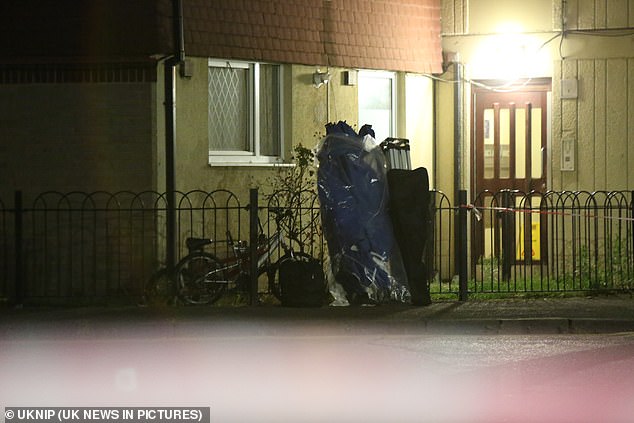 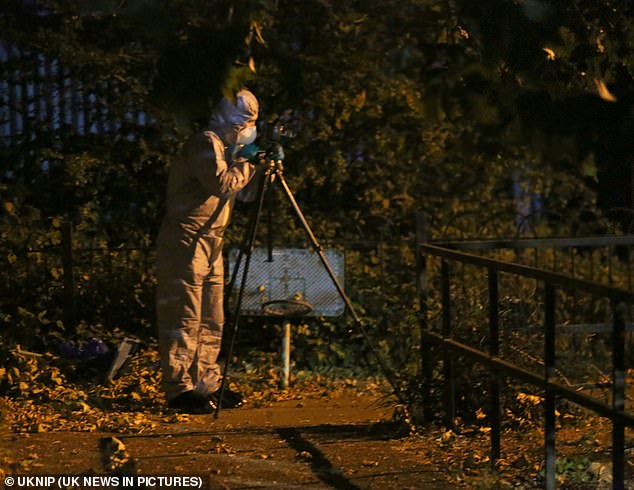 ‘Police are working tirelessly to find those responsible. I urge anyone with information to call 101 or Crimestoppers anonymously. There is no honour in staying silent.’

The death is the latest in a spate of teenage murders in the capital. An 18-year-old man died on August 26 after being stabbed in Plaistow three days earlier.

The week before, Amrou Greenidge, also 18, died after being knocked off his bike by a vehicle in Fulham and attacked as he lay on the ground on August 18.

Solomon Small, 18, was knifed to death in Brixton on August 15, while just three days earlier Alex Smith, 16, died after being stabbed with a machete in Camden.