Home » Lifting lockdown 'will make it easier for terrorists to operate' 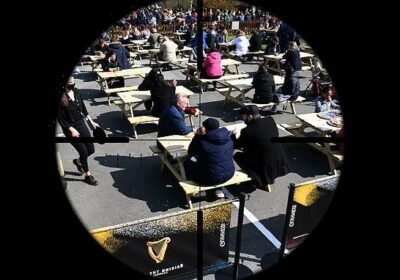 Lifting lockdown ‘will make it easier for terrorists to operate’, top anti-terror officer claims, as he warns public to ‘be alert’ to threat of extremist attacks as well as Covid

A senior police officer has urged the UK to be on alert as terrorists could have a ‘greater opportunity to operate’ as coronavirus lockdown restrictions are eased.

Deputy assistant commissioner Matt Twist, one of Counter Terrorism Policing’s senior national coordinators, warned the public and businesses to ‘be alert’ to more than just the dangers of Covid-19 this summer.

According to a police statement, he believes the easing of lockdown restrictions could provide a ‘greater opportunity for terrorists to operate’.

The terrorism threat level is currently listed as ‘substantial’, meaning an attack is likely. 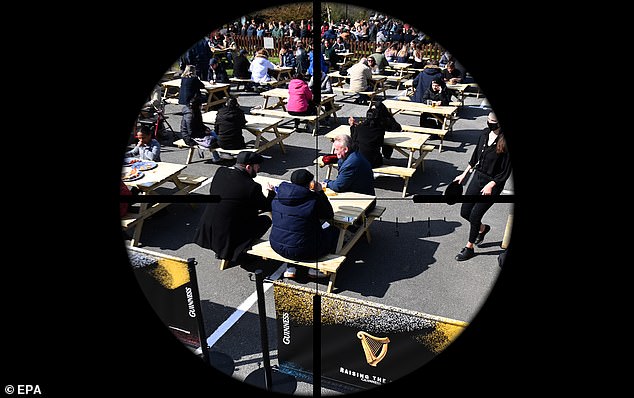 Counter Terrorism Policing has launched a campaign to encourage people to report anything suspicious to security guards and police.

Deputy assistant commissioner Twist said: ‘Following a year of restrictions impacting all our lives, we recognise people will be keen to get out and about as the lockdown begins to ease, and the importance of businesses being able to return to more regular trading patterns.

‘Terrorism will understandably not have been high on anyone’s mind in recent months, and I would describe the threat as temporarily suppressed during lockdown, because it was difficult to go out in public and actually do anything.

‘But that means that as the crowded places which have traditionally been the target for terrorists start to fill with people again, there is always the potential for that risk to come back.

‘The best defence against the terrorist threat is a collective community effort, where police, security staff, businesses and the public come together to minimise the chance of attack.’

A free official 45-minute training session, called Action Counters Terrorism, is available to the public online to gain tips on how to report suspicious activity and how to react if there is a terror attack. 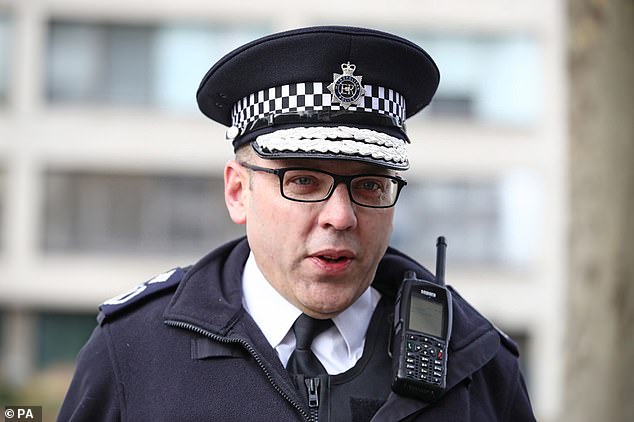 Deputy assistant commissioner Matt Twist, one of Counter Terrorism Policing’s senior national coordinators, says terrorists could have a ‘greater opportunity to operate’ as the UK comes out of lockdown

Last month Counter Terrorism Policing revealed three terror attacks have been foiled in the UK since the start of the Covid pandemic.

Home Office figures showed the number of arrests for terrorism-related activity fell by 34% in 2020, the lowest level in nine years.

Despite this, the number of terror plots prevented by police and the intelligence services has risen to 28 since March 2017, police said.

‘Firstly, that despite facing unprecedented challenges brought about by the pandemic, Counter Terrorism Policing continued to keep the public safe by making 185 arrests across more than 800 live investigations, stopping three possible terror attacks in the process.

‘And secondly, that while the rest of us have been focused on protecting ourselves and our families from this terrible disease, terrorists have not stopped planning attacks or radicalising vulnerable people online.

‘As we follow the Government’s road map out of the tightest restrictions there will be greater opportunity for terrorists to operate, and we want the public to join the police, security staff and retail workers in a collective community effort to minimise the chance of attack.