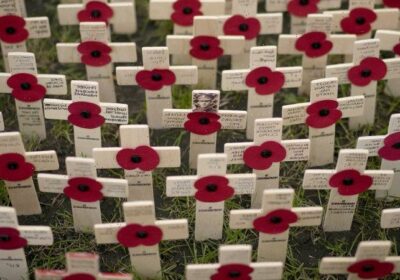 It has been over a century since the guns on the Western Front fell silent at 11am on November 11, 1918, bringing to an end one of the bloodiest conflicts in human history. In Australia, with a population of only 5 million at the time, the 60,000 war dead left a profound and lasting impact on the national psyche.

Remembrance of the costs of World War I is of particular importance today, as loose talk about a coming conflict with China abounds in this country. Over the past year, senior members of government have claimed to have heard the drums of war beating in the distance, while defence ministers past and present have publicly mulled over an Australian role in war with China over Taiwan. A steady stream of commentary from journalists and arms industry affiliated think-tankers amplify the idea of a “China threat”, while remaining notably circumspect on the topic of our own contribution to regional militarisation in the form of massive increases in military spending, weapons acquisitions, and new alliances. 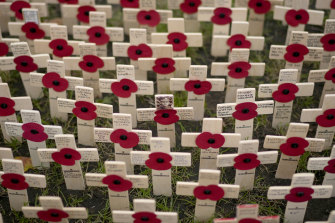 Remembrance is not a celebration of armed services, but a reflection on the true costs of war. Credit:AP

In a few short years we have transitioned from an environment in which our prime minister praised China for achieving “the most spectacular advance in human welfare” in world history, to one where parliamentarians compare China to Nazi Germany.

Yes, China is a threat to the status quo simply by virtue of its steady growth in power. Its authoritarian political structure, unilateral territorial claims in its near seas, and determination to reincorporate an unwilling Taiwan into its body politic, undoubtedly pose serious challenges to the rest of the region. Its brewing competition with the United States in pursuit of advantage in areas like quantum technology and aero spatial engineering threatens a new arms race.

Even so, by the historical standards of tensions that emerge between rising and established superpowers, the US-China relationship has thus far been remarkably co-operative and peaceful. The challenges that China’s rise presents should continue to be dealt with by a robust combination of diplomacy, regional multilateral co-operation, and, indeed, the maintenance of a responsible defence capability.

Yet there is a strange sense developing that war with China is on the horizon, with almost no reckoning of the devastation that such a war would bring. It is a situation eerily similar to that of Europe in the years leading up to 1914.

There had been no great European conflagration since the Napoleonic Wars a century prior, and thus no firm memory of the pity of war. There was a notion in both camps, alliance and entente, that a splendid little war could swiftly set things to their own advantage as Europe proceeded along its trajectory of social, cultural, and economic development. Both sides were certain that they were fighting for what was right, just, and ordained by destiny. In Berlin, Paris, London, Vienna, and St Petersburg, crowds cheered, banners waved, and music sounded in celebration of the declaration of war on August 4, 1914.

In recent years in Australia, remembrance has begun to more closely resemble the patriotic fanfare of the lead-up to the Great War, than the sombre, miserable, reality that was experienced by those who actually fought it. Journalists, activists, and scholars have written of the emergence of a “military-industrial-commemorative-complex”, which cynically exploits the remembrance of the tragedy of war to stoke nationalism and valorise arms manufacturers and their wares through sponsored displays in our most hallowed national memorials.

The true and imperative message of war remembrance is to be found in the words and works of the soldiers who suffered through it. It is in the haunting art of Paul Nash, who painted the new world of barbed wire, trenches, high explosives, and corpses that the industrial war machine had stamped over the calm natural beauty of the countryside. It is in the poetry of Wilfred Owen, who wrote of the writhing miserable deaths of young soldiers choking on chlorine gas, and cursed the patriotic endorsements of the civilian proponents of war that had brought them there. It is in the writing of Erich Maria Remarque, whose landmark novel All Quiet on the Western Front traced the fate of a generation of young German men, hoodwinked into recruitment with fine patriotic phrases, and whose profound suffering during the war left them unable to return to society at its end. 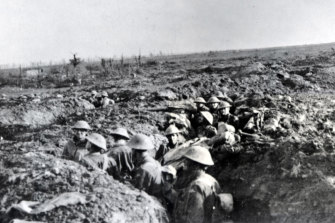 Soldiers from the 24th Battalion prepare to “hop-over” during the Battle of Broodseinde Ridge, France, during World War I. Credit:Australian War Memorial

The message that these soldiers sacrificed so much to bring us is universal in its scope, and unbounded by nationalism: war means suffering, misery, and loss, and a healthy society should do everything in its power to avoid it.

Loose talk of war, the rendering of complex historical and geopolitical tensions as simply one of “good” on one side and “bad” on the other, the formation of new containment-oriented security blocs, and the headlong rush into the acquisition of a new generation of powerful, destabilising, weapons, while our arsenal of consensus building and diplomacy goes unreplenished, threaten to push us beyond the boundaries of deterrence, and increase the likelihood of armed conflict.

We would do well to remember the true costs and consequences of war this Remembrance Day.

Dr Stuart Rollo is a postdoctoral research fellow at the University of Sydney’s Centre for International Security Studies.