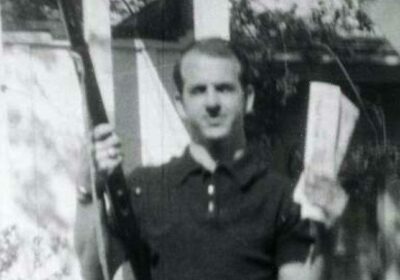 Get out your evidence boards and string, conspiracy fans.

Perhaps the biggest revelation is that a few weeks before he shot JFK in November 1963, Lee Harvey Oswald spoke with a KGB officer at the Soviet Embassy in Mexico City. 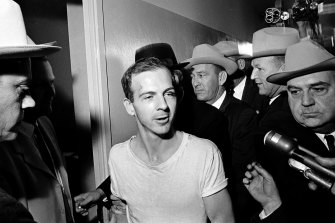 In this Nov. 23, 1963, file photo, surrounded by detectives, Lee Harvey Oswald talks to the media as he is led down a corridor of the Dallas police station for another round of questioning.Credit:AP

A CIA report dismissed Oswald’s visit to the Soviet Embassy as a request for a passport or visa issue.

The document dump comes two months after President Biden delayed a scheduled release of JFK material in order “protect against identifiable harm to the military defence, intelligence operations, law enforcement, or the conduct of foreign relations that is of such gravity that it outweighs the public interest in the immediate disclosure.” 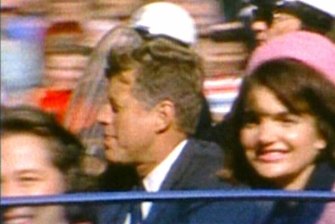 President John F Kennedy and first lady Jackie in their Dallas motorcade shortly before the shots were fired.Credit:Reuters

The release made on Wednesday (Thursday AEDT) will be followed by a comprehensive security review of the documents that remain classified, around 10,000, but there is no timeline for that review to be completed.

Of the documents released, a majority relate to Lee Harvey Oswald.

Both President Biden and former President Donald Trump delayed releases of JFK documents at the behest of the FBI, the CIA and other national security agencies. The 1992 John F. Kennedy Assassination Records Collection Act mandated that all records related to the assassination be made public by Oct. 2017, but that has yet to occur.

Kennedy’s daughter Caroline has been nominated as US ambassador to Australia on Thursday AEDT.

A majority of the documents that have been released since that deadline passed have contained some redactions.

The Warren Commission, established by Kennedy’s successor Lyndon B. Johnson to investigate the assassination, and the Federal Bureau of Investigation determined U.S. Marine veteran Lee Harvey Oswald shot JFK in the head while the former president rode in a motorcade through Dallas on Novermber 22, 1963. Oswald was assassinated by Jack Ruby two days later while being transferred from police headquarters to a county jail.

Some historians and conspiracy theorists have often challenged the result of the investigation, and doubts about the findings of the Warren Commission persist decades later.

“The Warren Commission was told the CIA knew very little about Lee Harvey Oswald,” Jefferson Morley, a veteran journalist and author of three books on the Central Intelligence Agency in the 1960s, said.

Morley said. “We learned in the last 20 years they had monitored his movements for four years.”

Files released in 2017 under the JFK Act showed the agency followed Oswald’s travels prior to the assassination but agents did not consider him a threat.

Morley said only about 10 per cent of redacted records were released Wednesday.

“The government’s never offered a credible explanation for the assassination,” he said. “People don’t believe what they’re hearing. And when they’re holding 90 per cent of the documents that are required by law, they continue 50 years of deception and deceit.”

Redacted records are permitted by the JFK Act. Most of the collection has been made available to the public without restrictions since the late 1990s, but agencies appealed to Biden to continue postponement of certain information beyond October 22.

The president, in turn, provided agencies with a temporary certification until Dec. 15, 2022, to allow for the review of all withheld documents while disclosing all information “except when the strongest possible reasons counsel otherwise,” according to a press release. Any withheld documentation — over 14,000 records, according to the National Archives — not proposed for continued postponement will be released on that date.

Ahead of Wednesday’s release, the National Archives estimated over 90% of the government’s files on the assassination had already been declassified.