MOSCOW (Reuters) – The Kremlin said on Friday that Western sanctions imposed on Russia for its invasion of Ukraine would cause problems for Moscow, but not insurmountable ones, with Russia set to widen its trade and economic ties with Asian countries.

Missiles pounded the Ukrainian capital on Friday as Russian forces pressed their advance and Ukrainian President Volodymyr Zelenskiy pleaded with the international community to do more, saying sanctions announced so far were not enough.

He said that Russia had deliberately reduced its dependence on foreign imports to protect itself against sanctions.

"The main goal…was to ensure complete self-sufficiency and complete import substitution if necessary," said Peskov. "To a large extent this goal has been achieved."

"Undoubtedly there will be problems, but they will not be insurmountable." 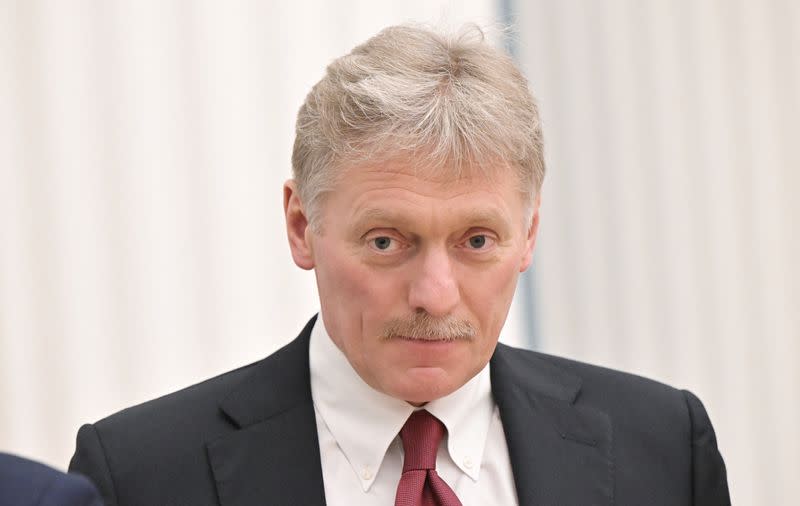 The economy ministry said Russia had lived with sanctions for a long time and said it would be stepping up trade and economic ties with Asia to counter the threat emanating from the West.

"We understand that the sanctions pressure we have faced since 2014 will now intensify," the ministry said, referring to measures imposed after Russia annexed Crimea from Ukraine.

"The rhetoric of some of our foreign colleagues was such that we have been ready for potential new sanctions for a long time."

Citi analysts did not share Moscow's optimism, but acknowledged that Russia has strong fundamentals and the sanctions so far do not directly target all-important energy flows.

"Sanctions could have a very significant impact," the bank said in a note, warning of contagion in wider markets.

"Fundamentals seem too strong to short Russian assets, but risks from further sanctions make it much too risky to consider long positions."