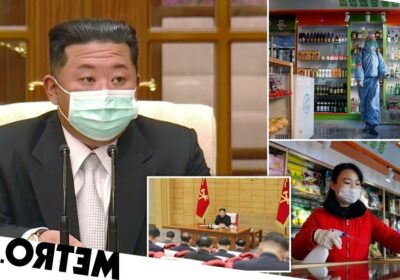 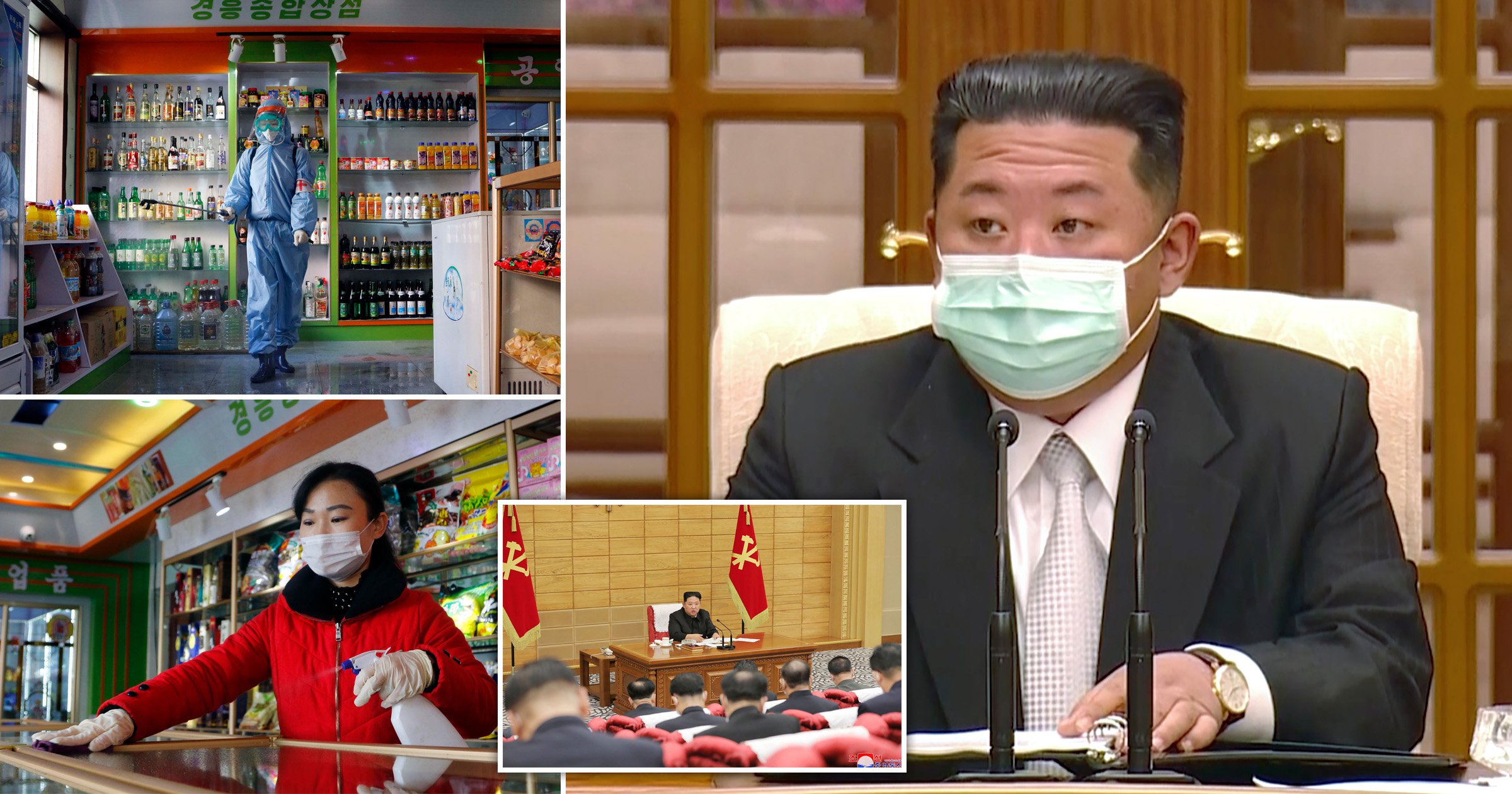 Coronavirus is spreading rapidly through North Korea, with the country’s leader Kim Jong-un conceding the outbreak is a ‘great disaster’.

The leader has called for ‘maximum emergency controls’ to slow the spread of the virus and has been seen wearing a face mask in public for the first time.

Officials reported North Korea’s first confirmed case of Covid-19 on Thursday, since then the nation has reported 21 deaths and says 174,440 people are displaying symptoms of a fever.

The country previously claimed to have prevented coronavirus, which has travelled to almost every part of the world, from crossing its borders.

However, experts believe the virus has been circulating among the country’s population for some time.

A major outbreak could be devastating for the secretive nation, which has poor healthcare and a largely unvaccinated population.

On Saturday, state media reported that there had been half a million cases of unexplained fever since late April and 27 deaths.

The figures mark a large increase in the numbers given on both Friday and Thursday, providing an indication of the scale of North Korea’s outbreak.

After confirming its first case, North Korea imposed what it described as maximum preventive measures.

‘The spread of the malignant epidemic is [the greatest] turmoil to fall on our country since the founding,’ the official KCNA news agency quoted Mr Kim as saying.

During a ruling party Politburo meeting on Saturday, Mr Kim called for unity between the government and people to stabilise the outbreak as quickly as possible.

Officials reportedly used the meeting to discuss ways to distribute medical supplies the country has released from its emergency reserves.

In a report presented to the Politburo, the emergency epidemic office blamed most of the deaths on ‘mistakes like overmuch taking of drugs, bereft of scientific medical treatment’.

Mr Kim, who said he was donating some of his private medicine supplies to help the anti-virus campaign, expressed optimism that the country could bring the outbreak under control.

He added that most transmissions are occurring within communities that are isolated from one another and not spreading from region to region.

He called for officials to take lessons from the successful pandemic responses of other nations and picked an example in China, one of North Korea’s major allies.

The nation previously rejected offers from the international community to supply millions of AstraZeneca and Chinese-made jabs last year.

Instead, it claimed it had controlled Covid by sealing its borders early in January 2020.

South Korea has said it offered humanitarian aid after Thursday’s announcement, but Pyongyang is yet to respond.