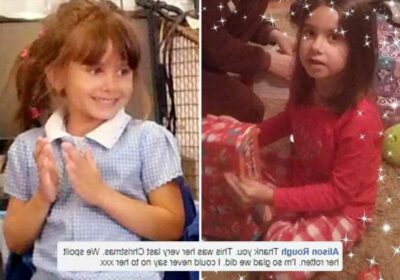 THE grieving mum of a seven-year-old girl slaughtered by a "delusional" teen has shared a heartbreaking photo of her last ever Christmas.

Katie Rough was cradled by her distraught mum Alison as she lay dying with her throat slit in a playing field in York in January 2017. 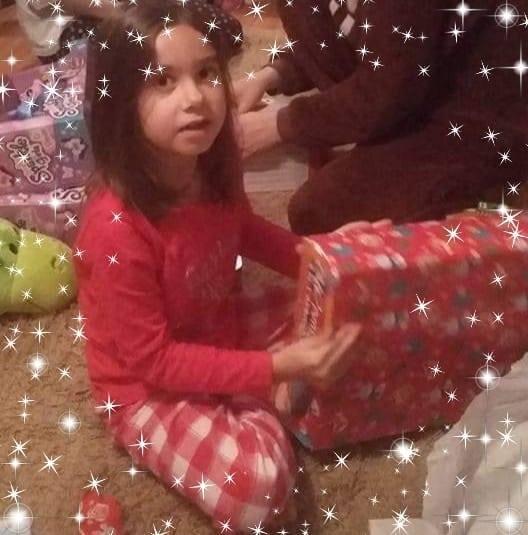 Devastated Alison posted a poignant picture of her wide-eyed daughter opening presents on Christmas Day morning in one of the last photos taken of her alive.

She captioned it: "This was her very last Christmas.

Heartbroken Alison had cried out "she's killed my daughter" after discovering the schoolgirl covered in blood with severe lacerations to the neck and stomach. 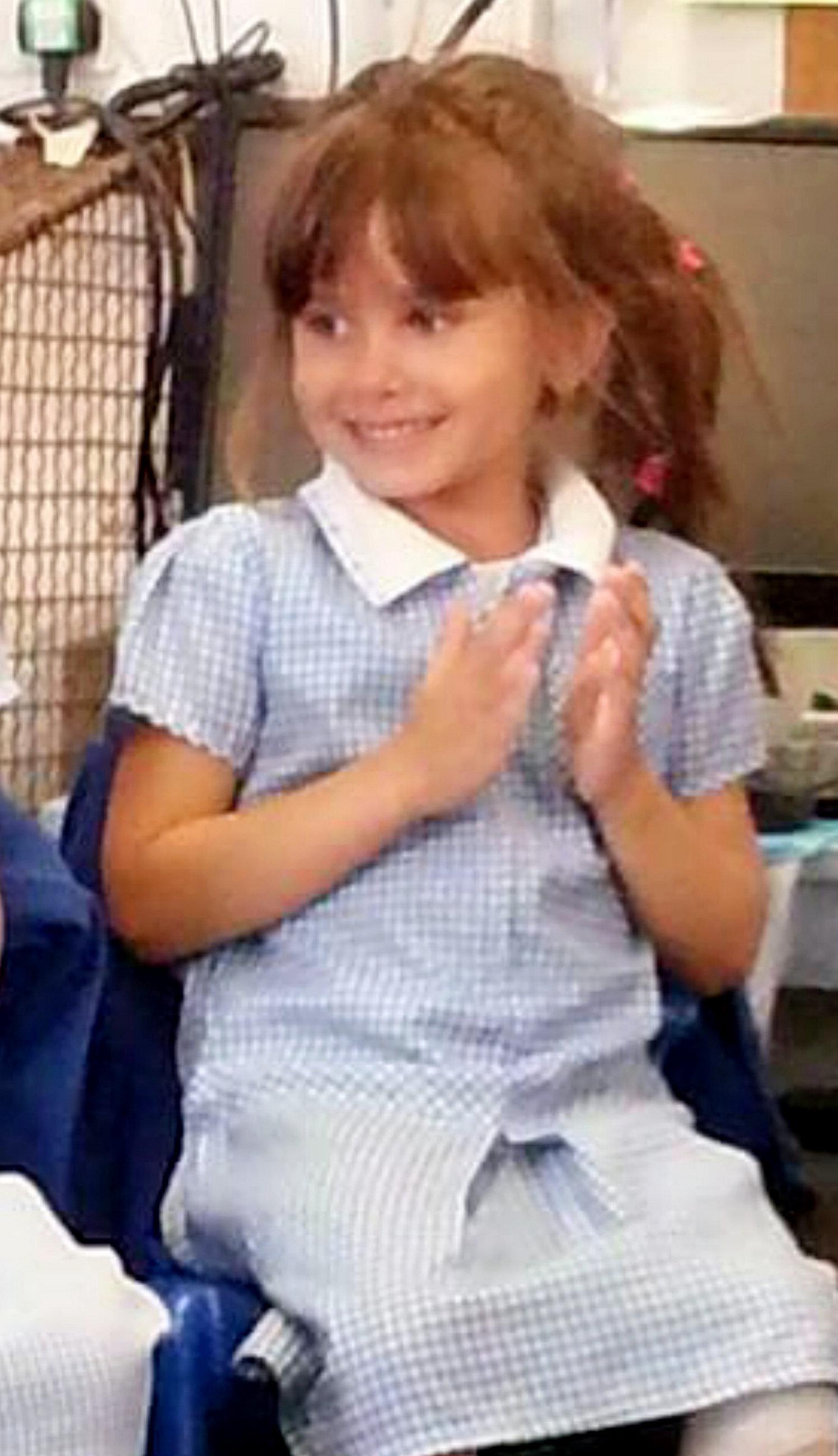 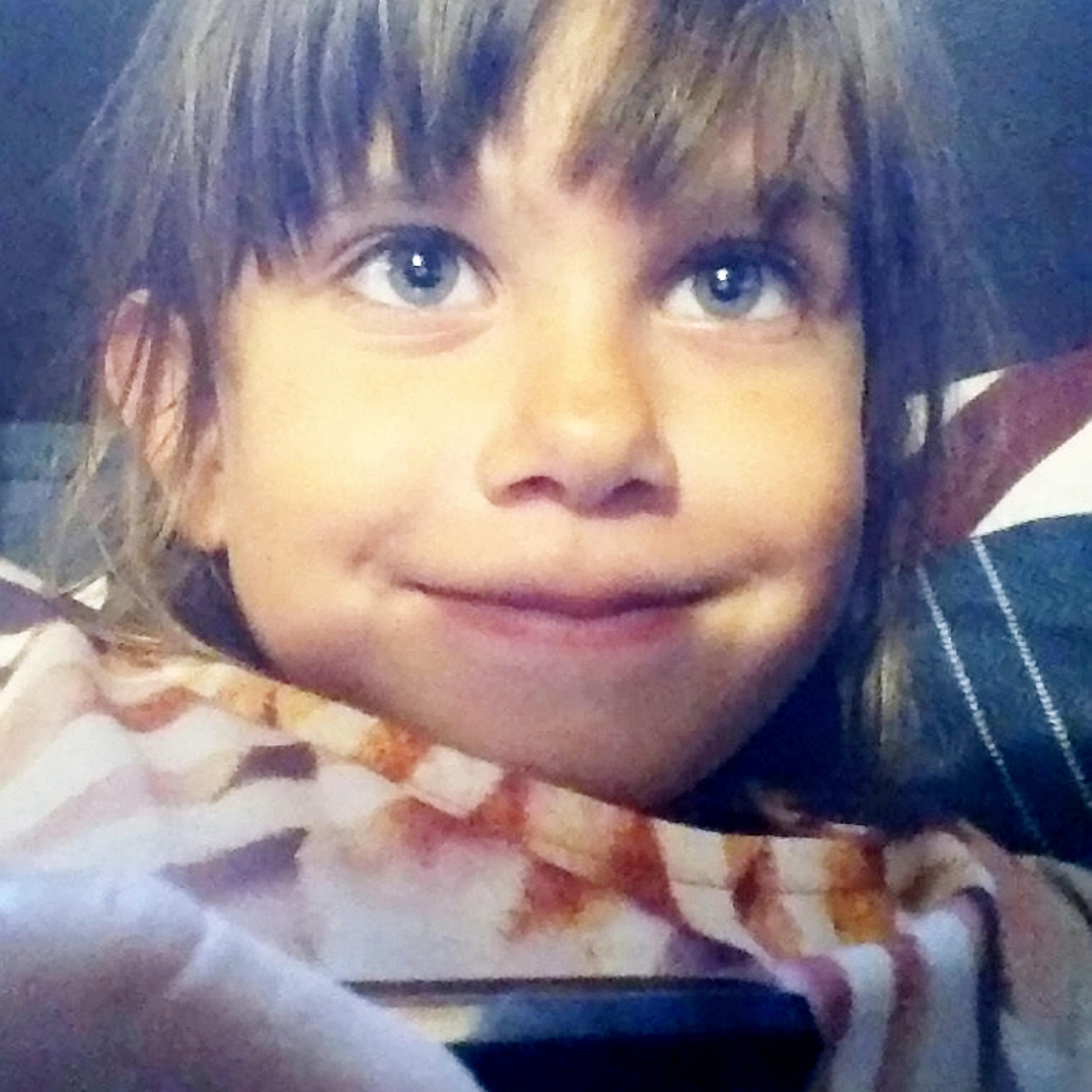 Post mortem results found Katie was suffocated with a gloved hand and cut open to test if she was a robot and "not human".

The youngster had a 6cm wound on her neck and a 20cm cut on her torso when she was discovered in the Woodthorpe area of York on January 9.

Her killer, who was 15 at the time, had called 999 to tell them what she had done while standing in a nearby cul-de-sac dripping in blood and clutching the knife.

A horrified bystander saw her "distressed" and caked in mud so he ran to where Katie's lifeless body was. 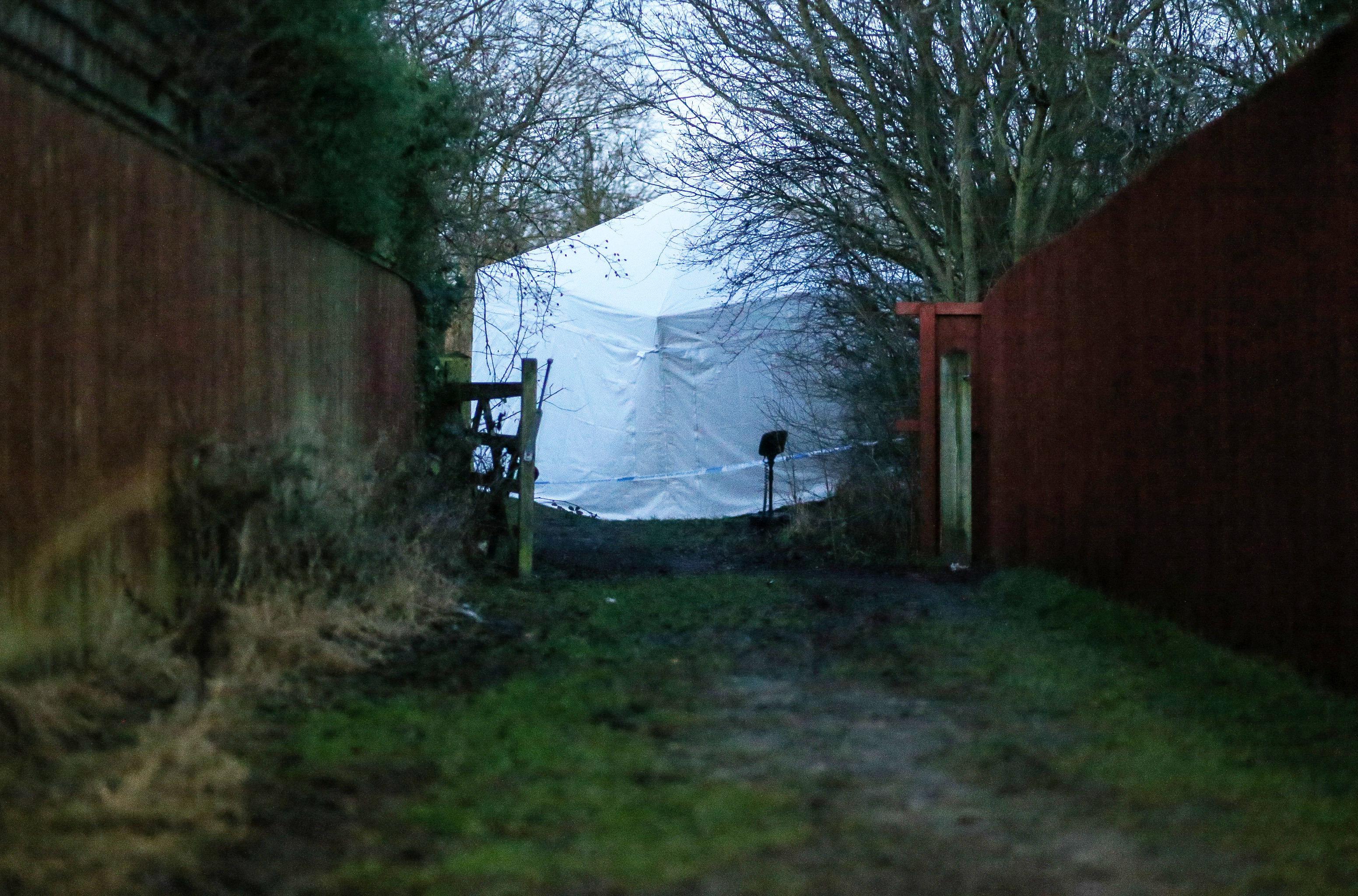 He saw her "lying on her back, her hands to the side and above her back. Her face was covered in blood".

Meanwhile, Katie's mum was growing concerned by her daughter's absence and walked down to the field calling her name.

She dialled 999 – 13 minutes after Katie's killer called the police – and was told a crime had been reported at the field.

Desperate Alison then ran to where Katie's blood-covered body was and cradled her as the teen killer was detained at a nearby house where she "appeared upset and crying".

Katie's killer clutched soft toy as she was given a life sentence and an order to be detained for a minimum of five years at Leeds Crown Court in November 2017.

Katie's tormented family said their lives had been "torn apart" after she pleaded guilty to manslaughter on the grounds of diminished responsibility. 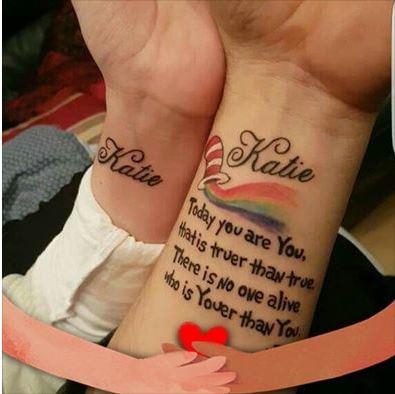 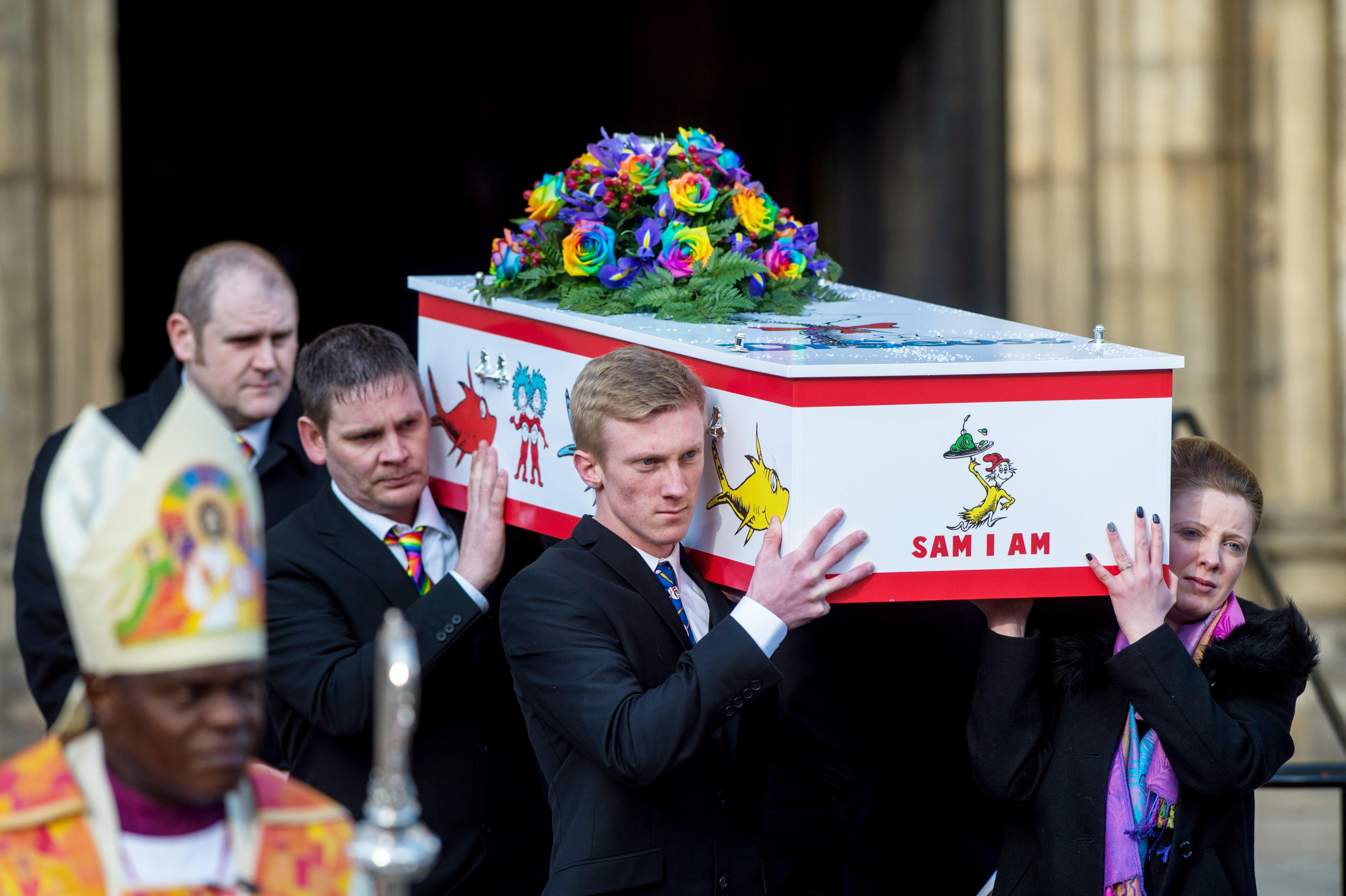 The court was told the teen had a history of depression, self harm and delusional beliefs – which included thinking other people were "robots" and "not real".

Her mental health had spiralled in the months leading up to the killing and she had ditched most of her school friends – instead developing an unsettling interest in the macabre.

Hauntingly, she had already planned to kill as cops found a stuffed toy from the Lion King in her bedroom, which had its ears ripped off and chest sliced open.

But authorities failed to recognise the threat posed by the girl and just 48 hours before the brutal killing, she had posted a photo on Instagram showing deep cuts on her arms. 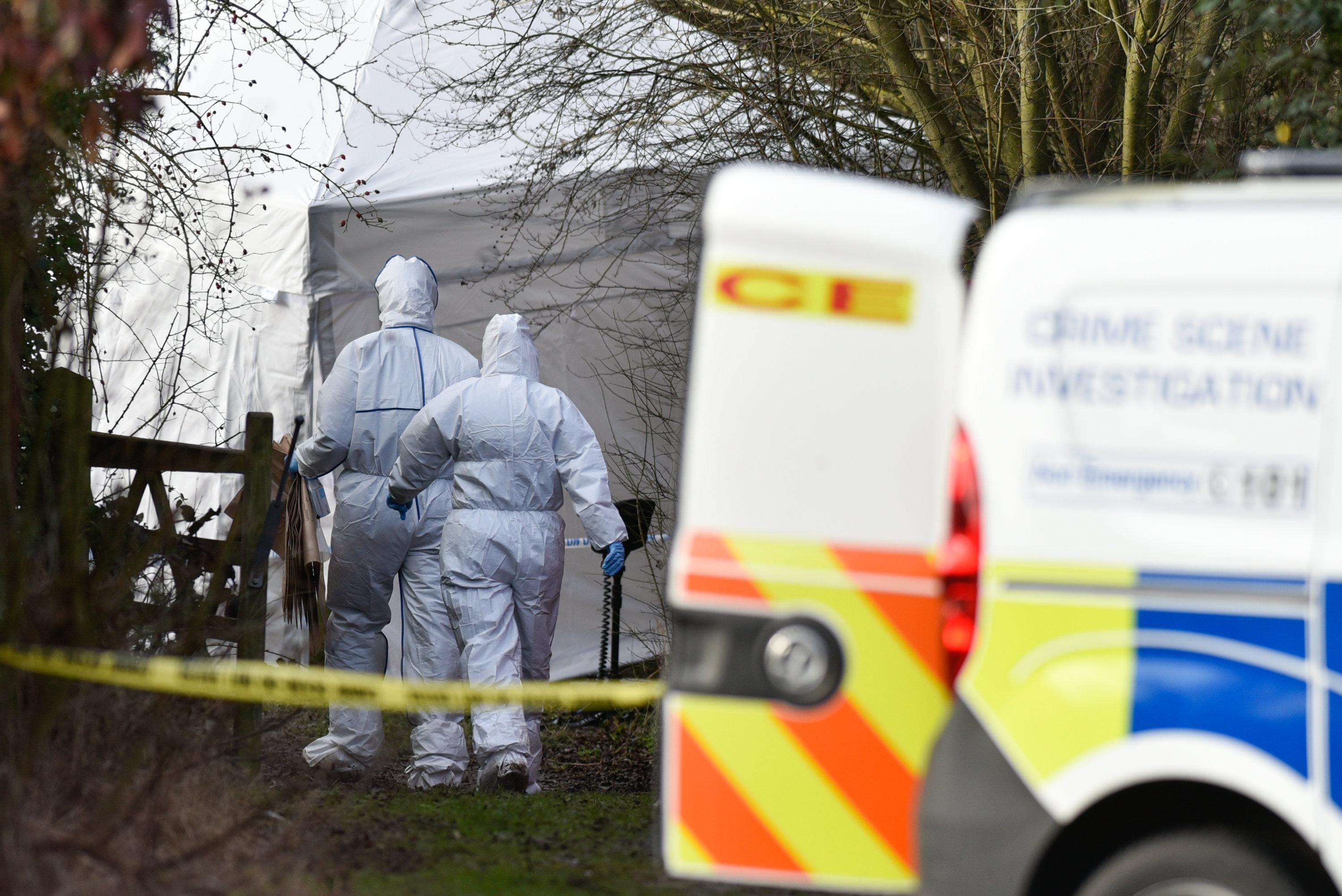 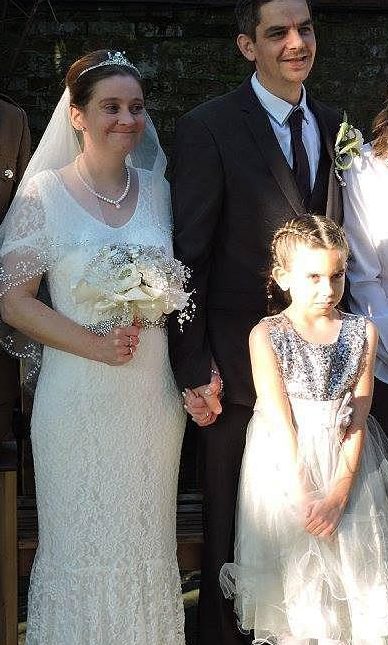 At Katie's funeral in February, the youngster was brought to church in a Dr Seuss coffin for a service led by the Archbishop of York, Dr John Sentamu.

Katie's death shook the city of York and more than 1,300 people donated money to an online appeal for her family which raised more than £25,000.

Speaking after her killer was caged, Katie's family said: "Our story is about a loving home and family that was torn apart on a day when we lost our daughter.

"Our story goes on into a future where our home feels very empty, but we will keep going for sake of our other children and our grandson.

"We are so grateful for everyone who has helped us in these last months, including the whole community in York, who have been so generous with their kindness, their time and their money.

"Katie's memory will live on in our hearts but also more widely, as a little girl who brought more colour to her world."