Katie Price misses court appearance for a boozy night out Katie Price was accused of being unfaithful to her fiancé and partying with a builder in Turkey while her lawyer told a court she would plead ‘exceptional hardship’ to avoid a driving ban.

As her lawyer represented her in London, the mother-of-five, 41, was accused of cheating on her 30-year-old fiancé Kris Boyson with a builder she ‘met on Instagram’.

The former glamour model allegedly flew Charles Drury out to meet her in Turkey, where she is recovering after having more surgery.

Price pleaded guilty by post to failing to identify a driver behind the wheel of her car during a crash – but ‘didn’t realise’ she already had six points on her licence so may now face a ban. 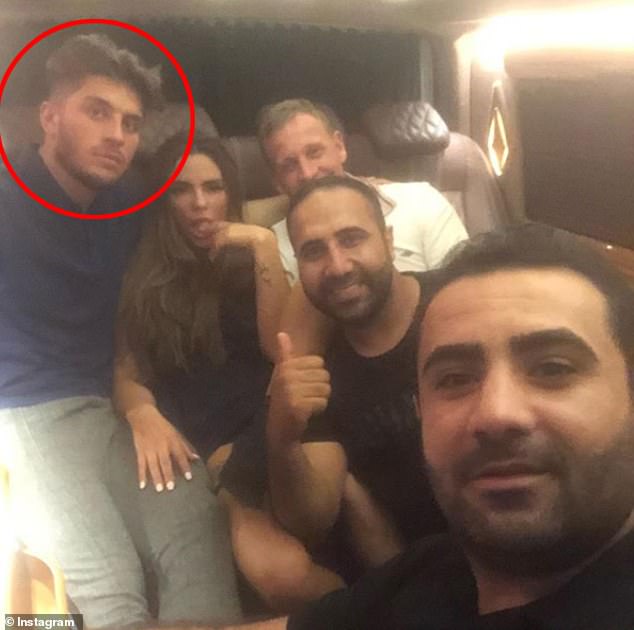 Katie Price has been accused of cheating on her fiancé Kris Boyson with a builder Charles Drury, who she was pictured partying with in Turkey on Wednesday 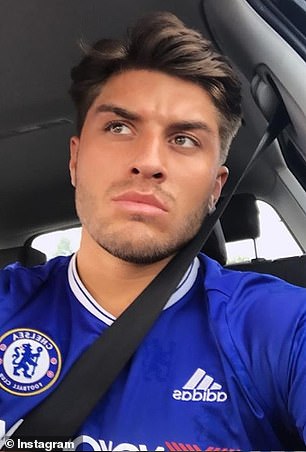 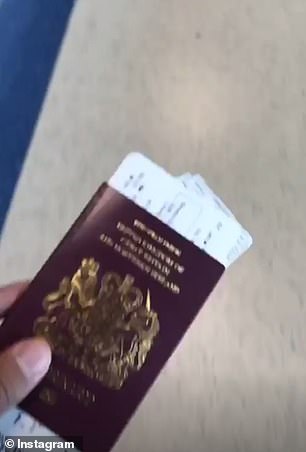 A source said Katie had wanted Charles to ‘take over’ from Kris for a while. Charles shared an Instagram story of himself at the airport on Wednesday before ‘jetting out to meet Katie’ 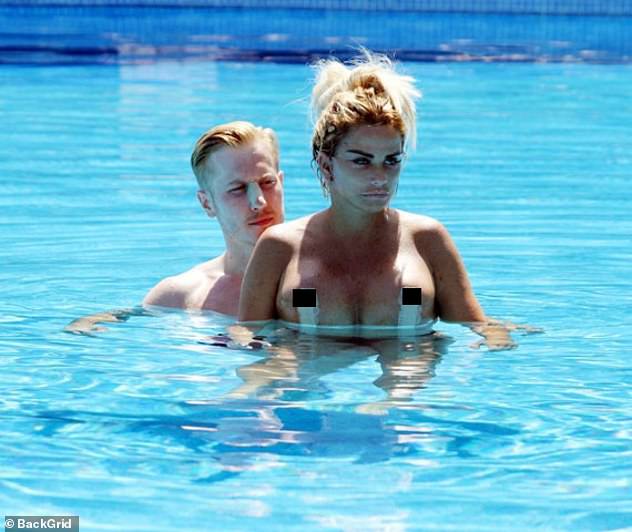 Katie (pictured with Boyson on July 11) had flown back to Turkey to recover from her surgery which included a third face lift, an eyelid operation and another boob job

The court was told the six points already on her licence was for a ‘similar offence’ she was convicted of in June this year.

Her lawyer, Paul Macaulay, did not mention why she was not in court, and said he and his client were unaware of the six points currently on her licence.

Mr Macaulay said: ‘I looked at the history yesterday and came to the conclusion that there was not a disqualification issue because I was entirely unaware of the last six points and I suspect she must be as well.

‘In retrospect, I was asking for points and a fine, but that is not going to happen. She is now going to have to argue exceptional hardship.

‘It is a question, if we can, of setting down a date with sufficient time to do that. She will have to be here because she will have to give evidence.

‘Frankly, I have no instructions as to what dates to avoid. I think she will have to take her chances on that.’

If she can prove exceptional hardship, Price may avoid a driving ban. 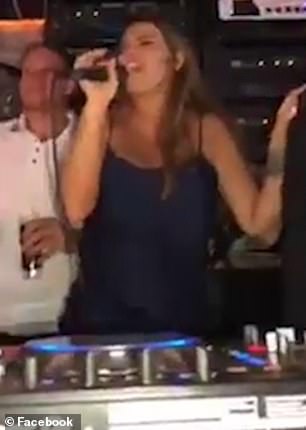 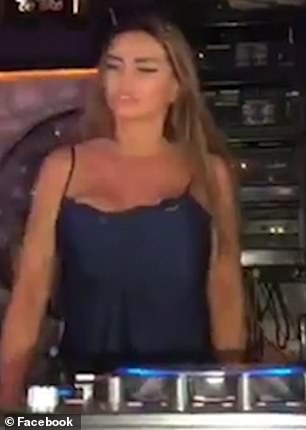 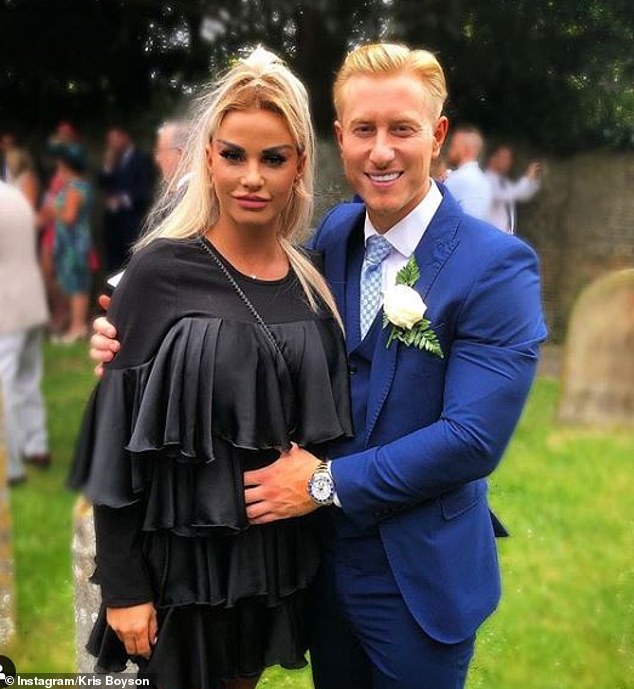 Cheating rumours:  The ex glamour model, 41, got engaged to Kris, 30, in July, but is said to have flown Charles to Turkey after he caught her eye on Instagram (pictured with Kris in July)

The case was pushed back to October 10 to be heard at Bexley Magistrates’ Court in South East London.

The magistrates accepted Mr Macaulay’s request for an adjournment, but warned the case would go ahead in Price’s absence if she does not attend again.

Magistrate Roger Mills said: ‘In order to give Miss Price the opportunity to make an exceptional hardship application to the court, we will adjourn this until the 10th of October.

‘If she does not attend without a satisfactory reason, it will proceed on that day.’

According to The Sun, the glamour model, 41, who got engaged to Kris, 30, in July, has secretly flown builder and amateur footballer Charles Drury to Turkey where she has been recovering from her latest bout of plastic surgery, with Kris by her side.

Charles is based in Chesterfield, and he and Katie have been accused of previously meeting up at a hotel in the Cotswolds recently after he ‘caught her eye on social media.’

A source told the Sun Katie had been lining up Charles to ‘take over from Kris for a while.’

Katie was pictured with Charles on a night out in Marmaris on Wednesday, where she appeared worse-for-wear.