The Duke and Duchess of Cambridge welcomed the President of the Ukraine Volodymyr Zelenskyy and his wife Оlena at in the palace's Throne Room. 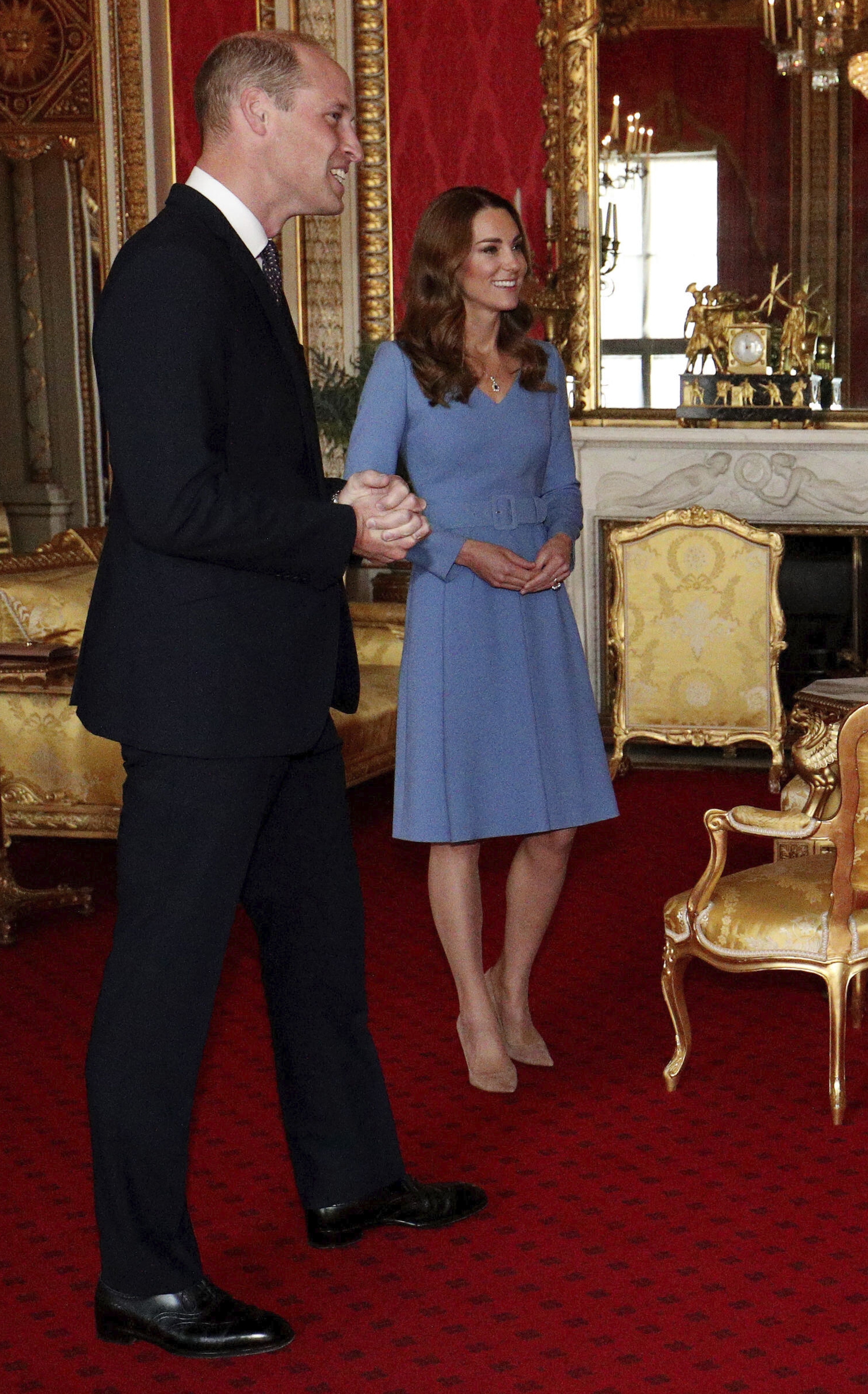 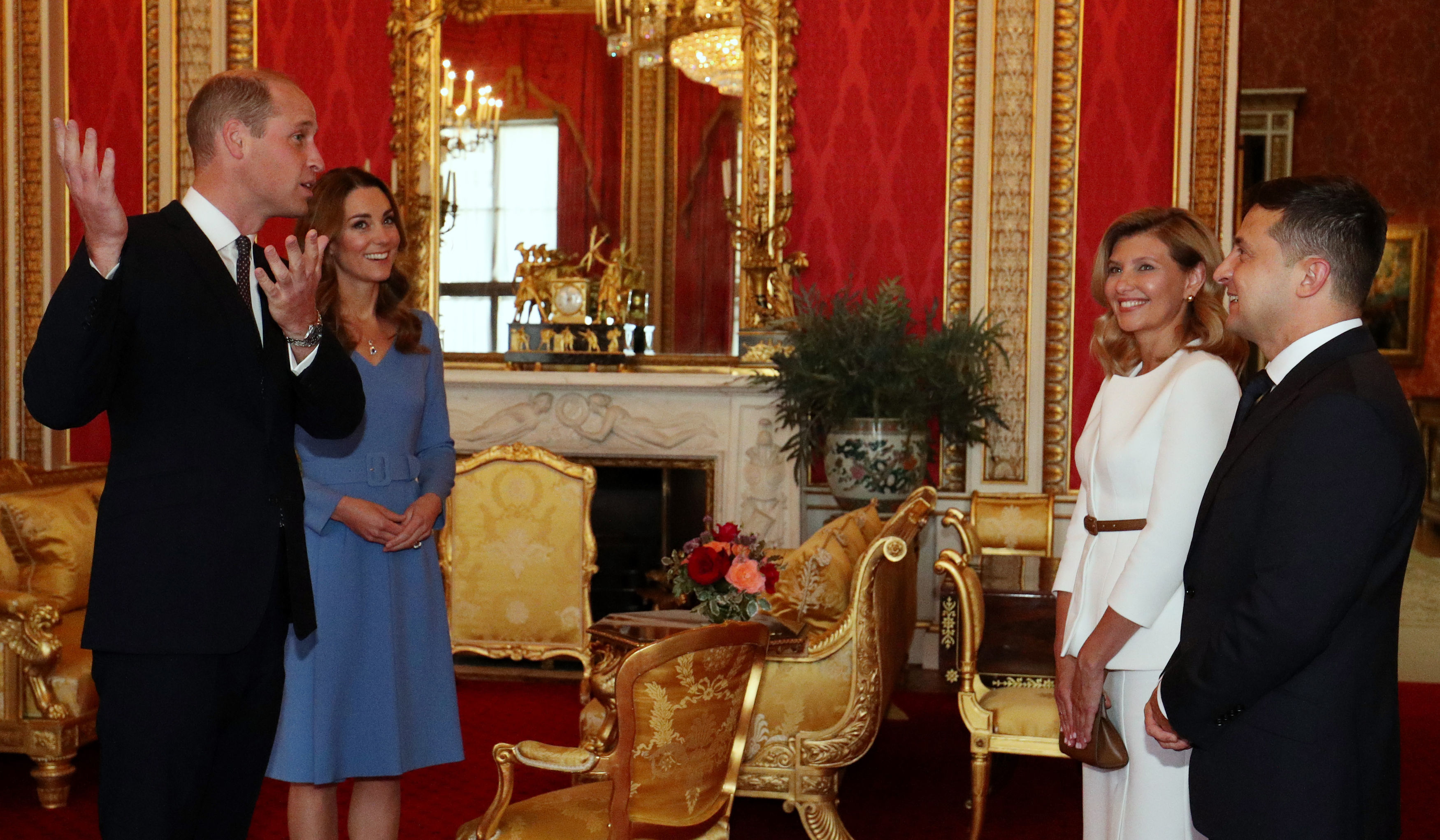 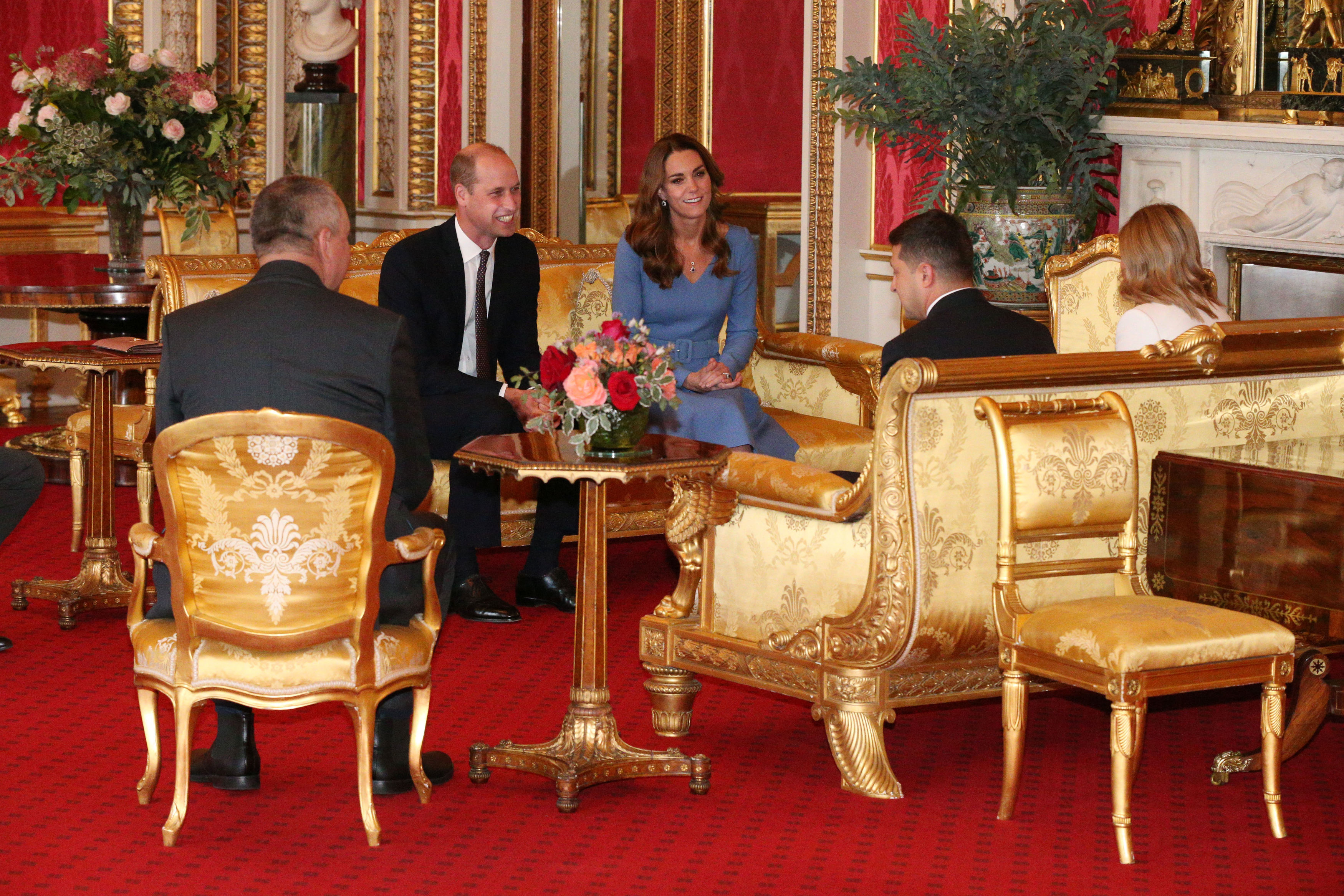 The engagement marks the first royal event at Buckingham Palace since lockdown first hit in March this year.

And while neither parties wore masks, they avoided handshakes at the brief meeting and stayed socially distanced.

Mum-of-three Kate stunned in a cornflower blue belted dress for the engagement – appearing in good spirits alongside her husband William, 38.

The palace confirmed it was the first time the Queen's central London residence – seen as the headquarters of the monarchy – had been used for a royal engagement for seven months – since the nation went into lockdown during the coronavirus outbreak.

A palace spokeswoman said: "The duke and duchess received the president and first lady of Ukraine during their visit to the UK on behalf of Her Majesty the Queen."

As William, second in line to the throne and a future king, and Kate carried out their royal diplomatic duties at the palace, the Queen, 94, was settling back into life at Windsor Castle, having just returned to the Berkshire royal residence from Sandringham on Tuesday.

Philip, 99, has remained at Wood Farm on the Norfolk estate, after the couple spent the last seven months together, first at Windsor, then at Balmoral, followed by a few weeks at Sandringham.

They are due to reach their 73rd wedding anniversary next month.

And despite William and Kate's audience today, investiture ceremonies and other large-scale events planned for Buckingham Palace and Windsor Castle this year have been postponed.

The Cambridges have managed to stay busy during lockdown, despite their traditional events having to be cancelled or changed. 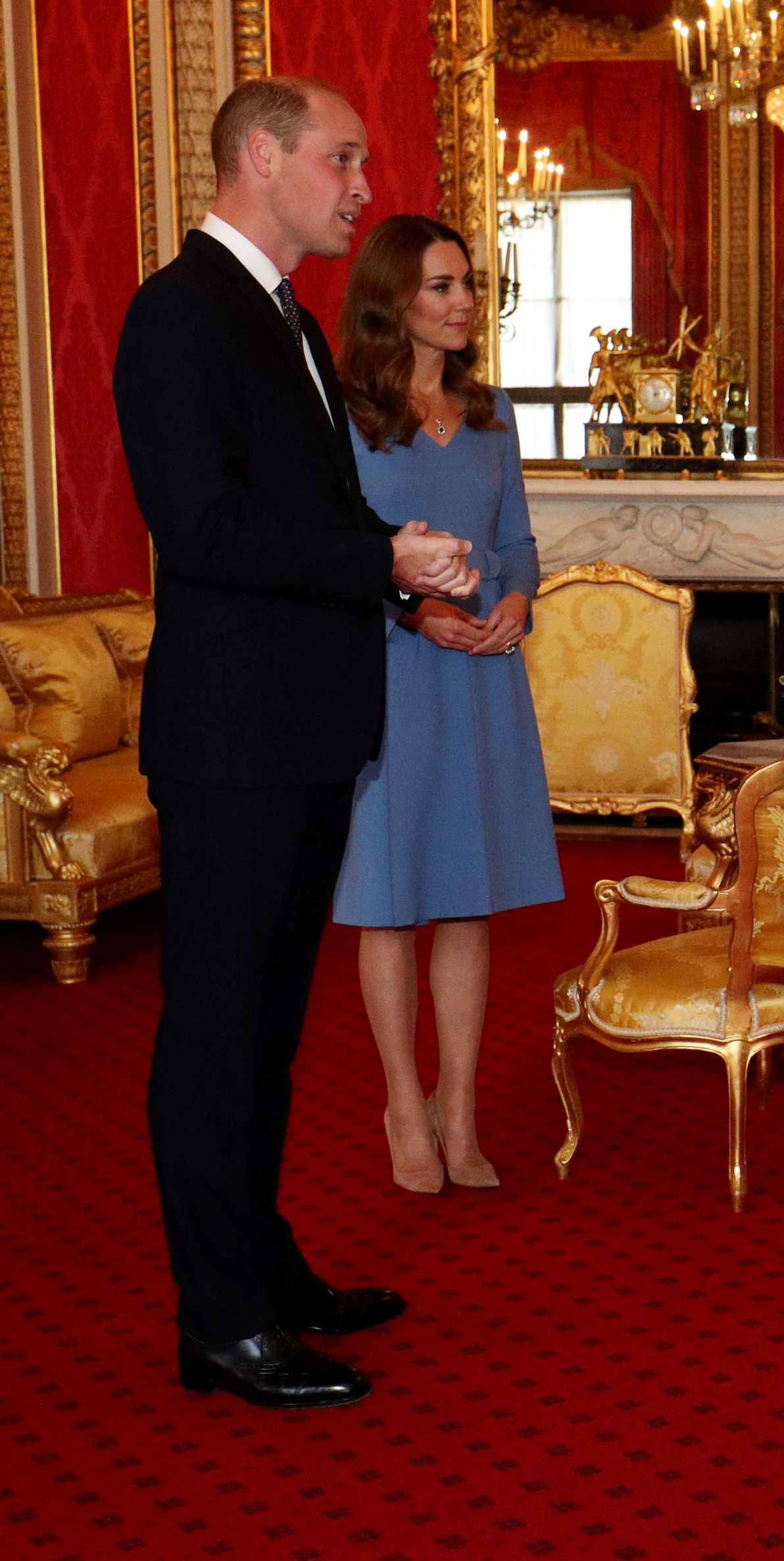 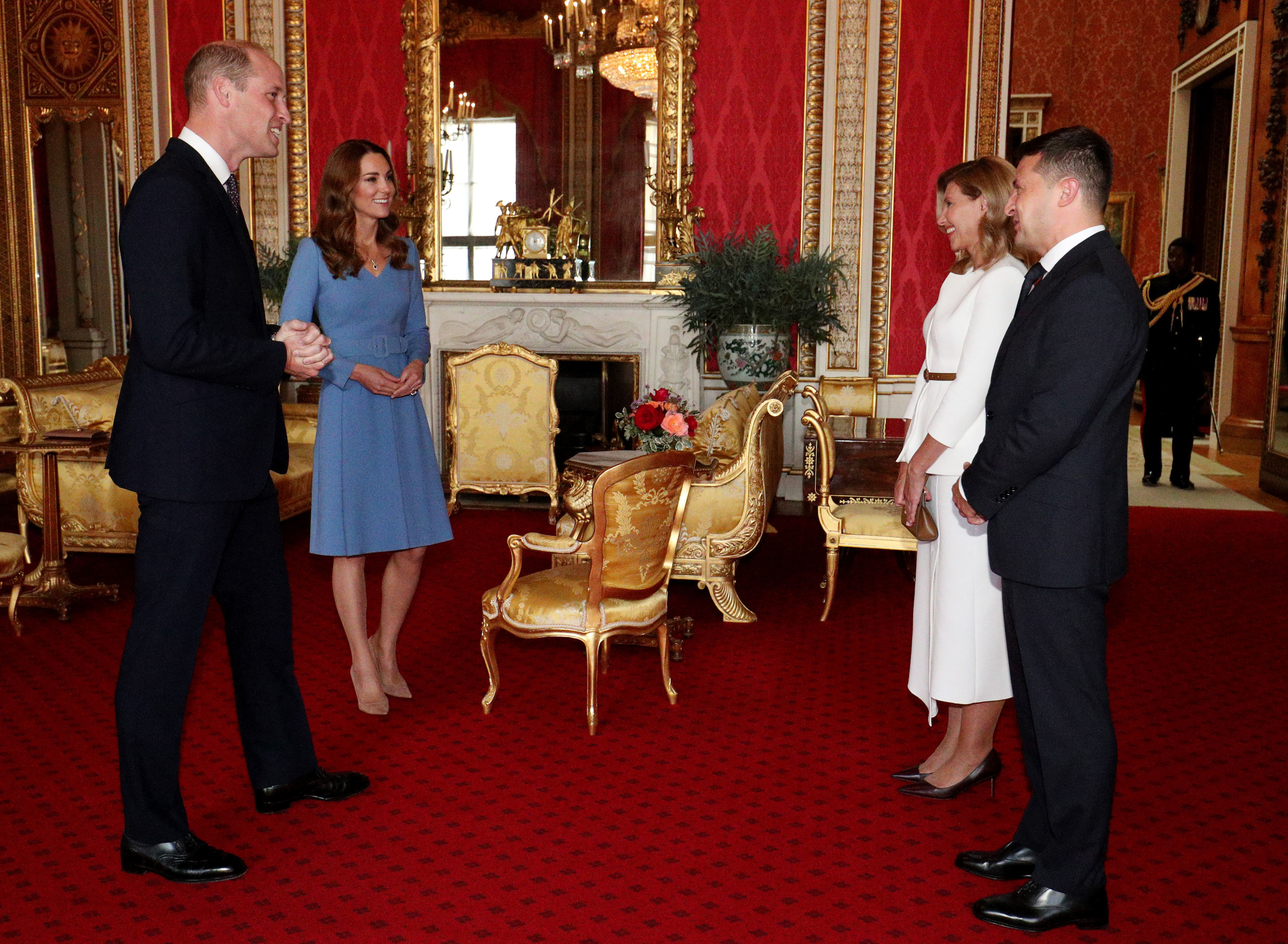 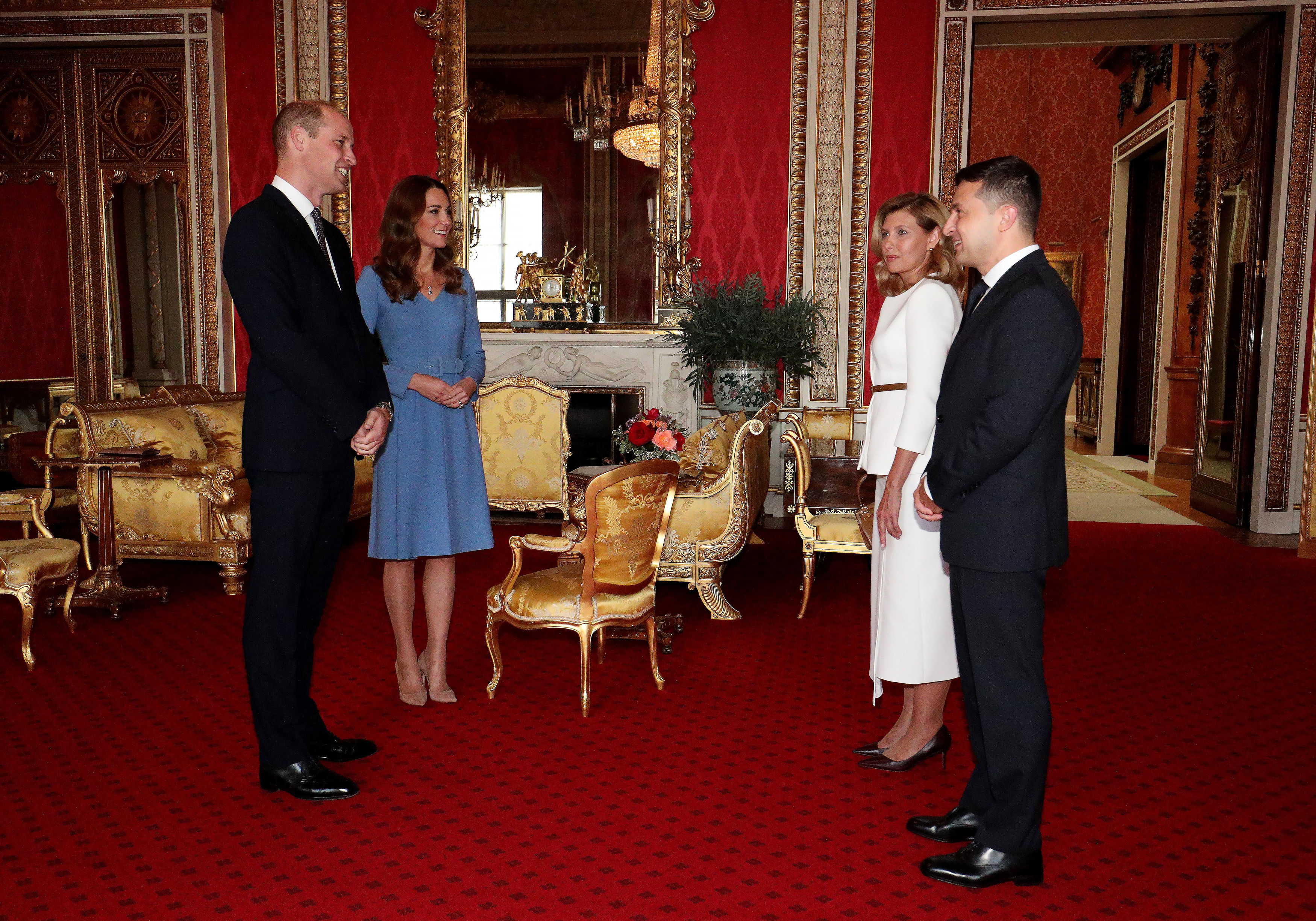 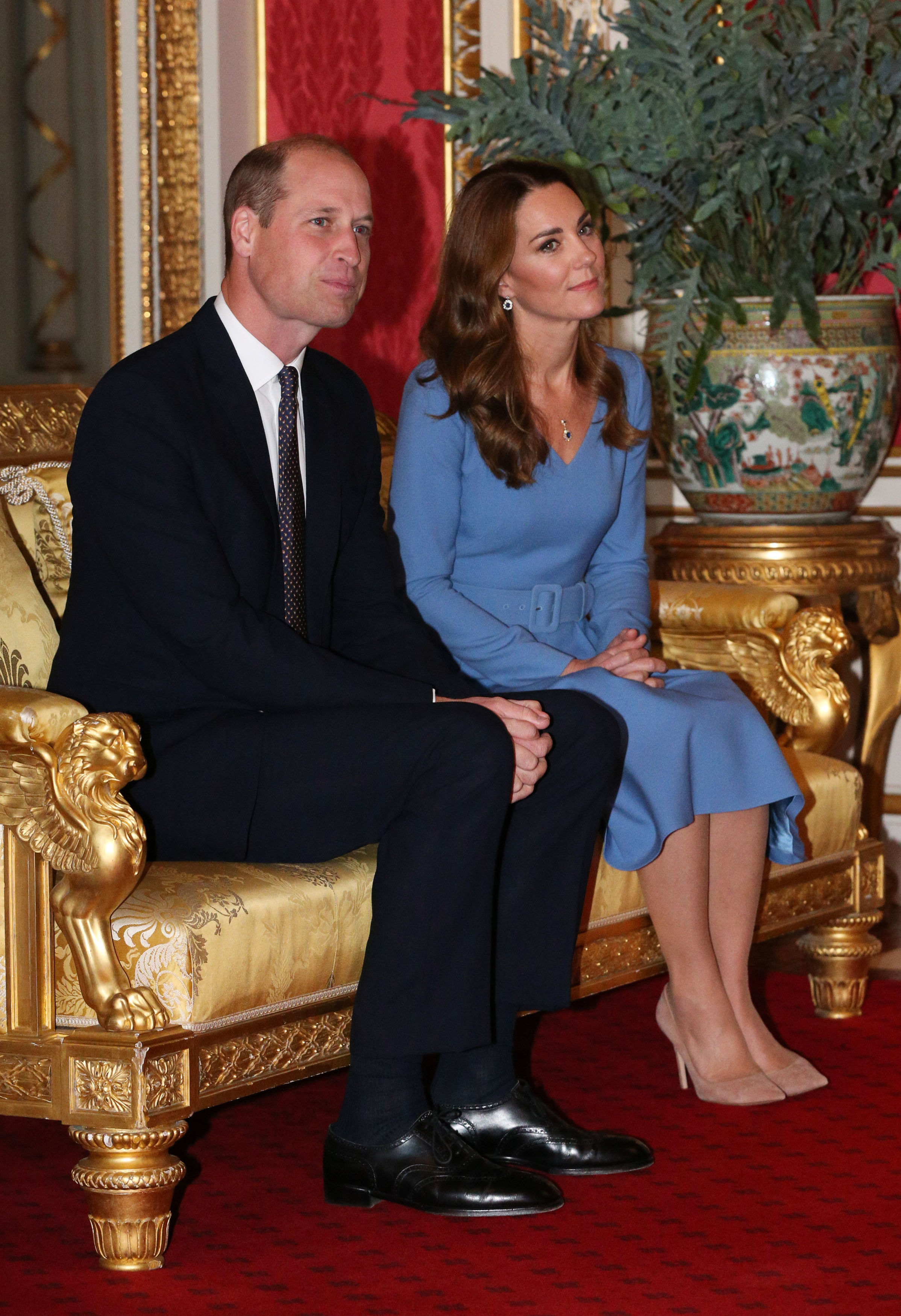 The pair have held a number of Zoom chats with charities, sending messages of support to the public throughout the pandemic.

They shared a sweet video of the applauding the NHS.

Duke of Cambridge just this week releasing an environmental documentary.

The Cambridges also released a sweet video of their kids chatting on video with environmentalist Sir David Attenborough – raising awareness about animals that are at risk of becoming extinct.

They have also started to step out for in person engagements, wearing face masks as they meet Brits.

Meanwhile, Meghan Markle and Prince Harry are continuing to establish their lives in the US after quitting the Royal Family.

The couple, who bought a home in Santa Barbara, have signed a rumoured £112million deal with Netflix to produce content that "gives hope".

Most recently, the couple released a video urging Americans to vote in the upcoming US election.