Kanye West is in Dayton, Ohio, for yet another Sunday Service, but this time to honor those who were killed in this month’s mass shooting.

A large crowd gathered Sunday morning at the RiverScape MetroPark as the West family, including Kim Kardashian and daughter North and son Saint, showed up wearing all white.

This week’s service is set in the town that is still reeling and recovering from the horror mass shooting that saw nine killed and 27 injured on August 4 when gunman Connor Betts opened fire in a bar. 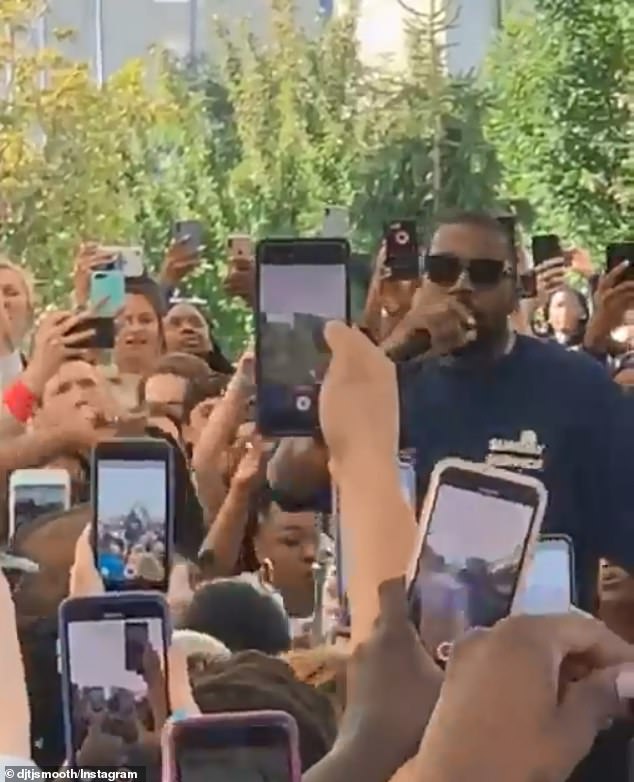 Kanye West held his weekly Sunday Service in Dayton, Ohio, in honor of the nine people killed and 27 injured August 4 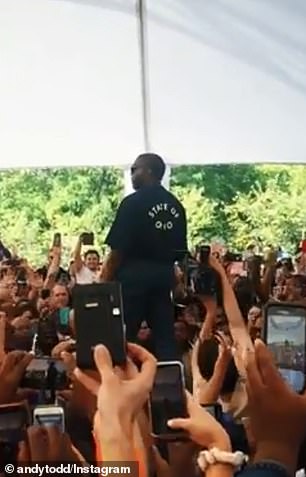 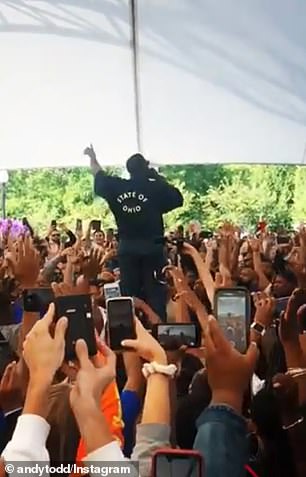 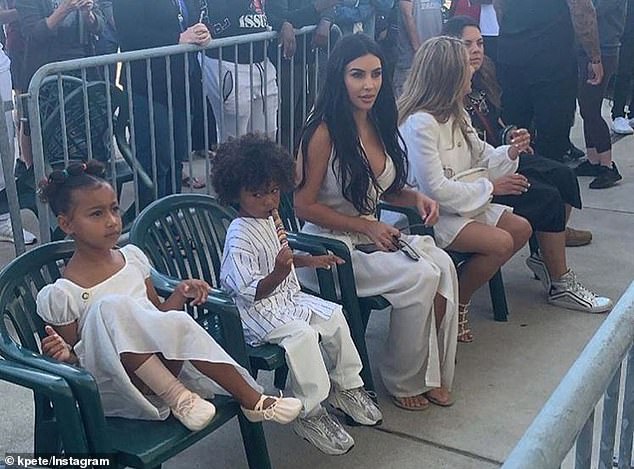 The rapper showed up with wife Kim Kardashian West, daughter North and son Saint, who all wore white 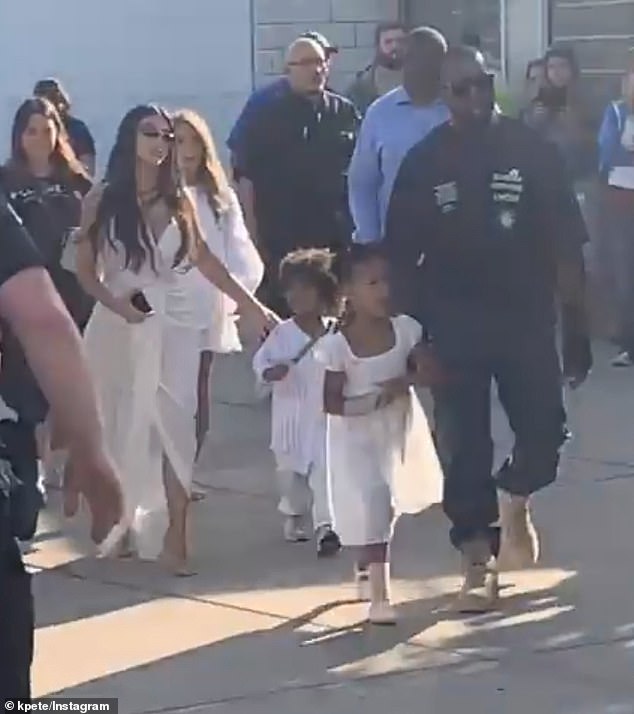 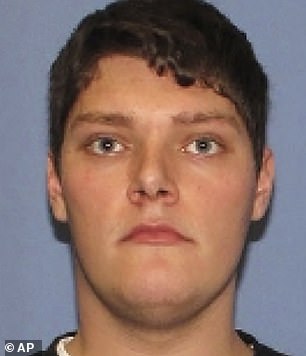 Connor Betts killed nine – including his own sister and injured 17 others when he opened fire in Dayton, Ohio, on August 4

Kanye sang his hit Jesus Walks and Ultralight Beam backed by a gospel choirs as the excited crowd sang along.

The rapper took to the stage and said, ‘We’ve come to love you and we’ve come to share the love of Jesus Christ with you all today.’

Dave Chappelle even took the stage to speak to the crowd gathered under white tents: ‘We’re still here and we’re still strong. And the only way, but not the only way, but the best way that we can honor our fallen is by getting up better than we were before.’

Chappelle is in town to host Sunday’s free Gem City Shine benefit concert later in the day in honor of the victims where about 20,000 people are expected to attend.

Music icons have been spotted around Dayton over the weekend, including Stevie Wonder and Lady Gaga, fueling rumors they’re to perform at the benefit concert.

Kim tweeted ahead of the event: ‘In support of the victims and survivors of the Dayton mass shooting,’ with a link to the Sunday Service website where viewers could stream the service live. 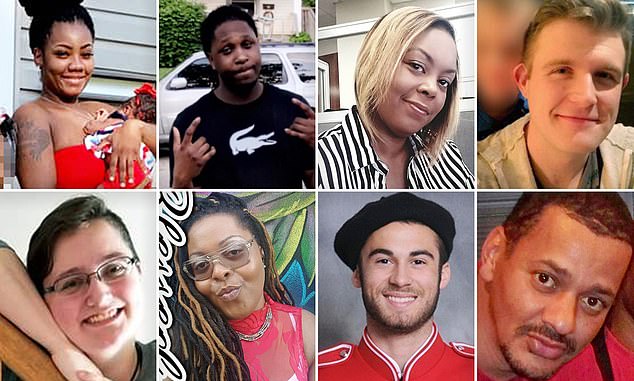 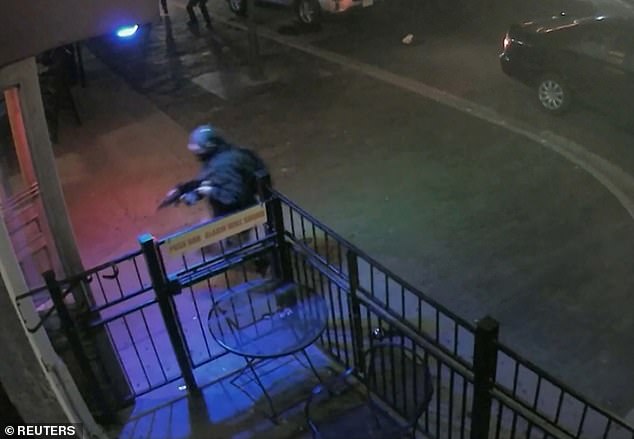 Betts, who was wearing body armor and a mask during the massacre (pictured), was shot dead by police outside a bar about 30 seconds after he first opened fire 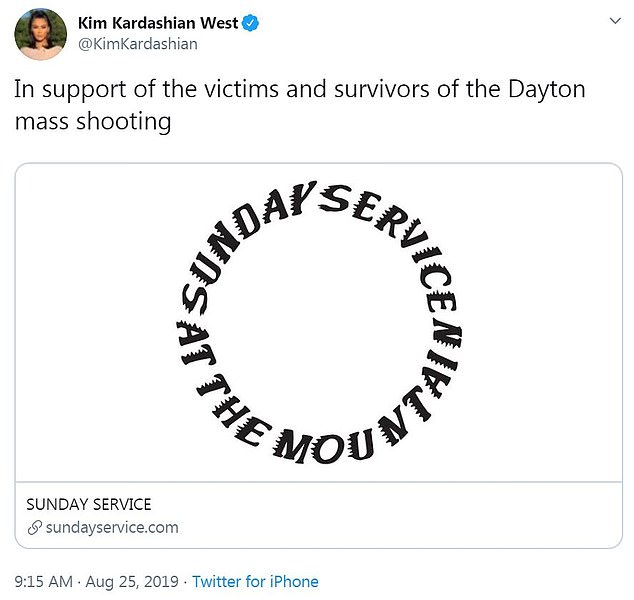 Connor Betts, 24,  killed his nine victims in just 30 seconds, including his own sister.

Betts, who was armed with an AR-15, wearing body armor and a mask and had as many as 250 rounds of ammunition, was taken down by cops about 30 seconds after he opened fire.

West’s Sunday Service has become very popular this year, with both fans and celebrities alike.

He had a huge service at the 2019 Coachella Valley Music And Arts Festival in April, but for the most part has held the rest of the events around the Los Angeles region.