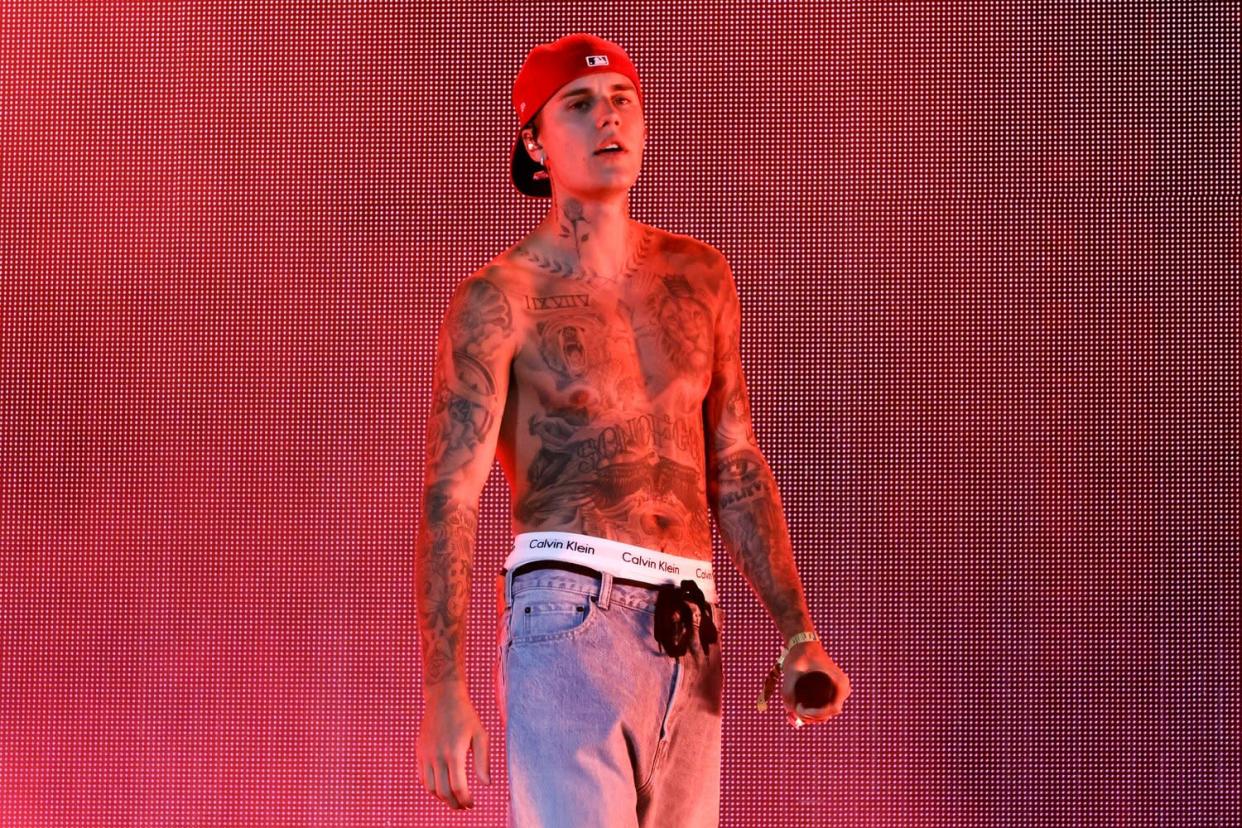 Justin Bieber is calling for change following the mass supermarket shooting that occurred in Buffalo, N.Y. over the weekend.

During a concert stop in the city Saturday — as part of the singer's Justice World Tour — Bieber, 28, addressed the incident, calling racism "evil" and "diabolical." The attack, which officials describe as racially motivated, claimed the lives of 10 people.

In clips from his concert shared on Instagram, Bieber is heard speaking about the shooting with his tour crew and audience members.

"You guys probably heard what happened," the "Love Yourself" singer said in one video amid a pre-show gathering with his crew. "Pretty horrible stuff."

In another clip shared on Instagram, Bieber asked audience members to take part in a moment of silence to honor the victims.

"As you know, there's been tragedy in the city, but what we're gonna do tonight, is we're gonna honor those people, and I would love if we could just take a moment of silence," he said. "That would mean a lot to me."

As a result of the shooting, 10 people were killed and three people sustained injuries that are considered non-life-threatening, officials said.

According to Buffalo Police Commissioner Joseph Gramaglia, 11 of the 13 victims — including non-fatal victims — were Black, CNN reported.

The shooting occurred at around 2:30 p.m. at Tops Friendly Markets at 1275 Jefferson Avenue, which officials have said is a predominantly Black neighborhood.

A tweet by the Erie County District Attorney's Office identified the suspect as Payton S. Gendron, 18, of Conklin, N.Y., which is about 200 miles southeast of Buffalo.

The suspect, who officials say livestreamed the attack, was remanded without bail, and a felony hearing was scheduled for Thursday, May 19 at 9:30 a.m., according to the DA's office. The New York Times reports he pleaded not guilty.