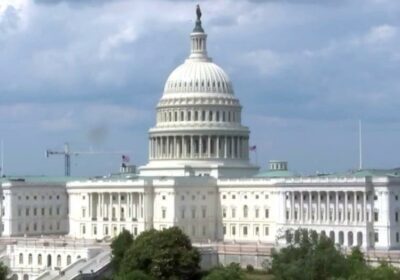 At least eight people were fatally shot and dozens were injured during parties or gatherings on or related to the Juneteenth holiday injured in seven parts of the country, according to officials and local reports.

Shootings on Saturday – a newly declared federal holiday honoring Juneteenth – were reported during events in Colorado, California, Michigan, Pennsylvania, Indiana and South Carolina, among others, with at least 33 wounded, according to authorities and multiple reports.

Speaking to reporters following multiple shootings in her city on Saturday, Philadelphia Police Commissioner Danielle Outlaw noted that many began the day celebrating the designation of Juneteenth as a new federal holiday commemorating the end of slavery but “we again found ourselves lamenting as an otherwise beautiful afternoon had been sullied with gun violence.”

Parades, picnics and lessons in history were offered Saturday to commemorate Juneteenth in the U.S., just two days after Congress and President Joe Biden created a federal holiday to observe the end of slavery.

But the day was also marked with tragedy for some.

A 22-year-old San Francisco man was killed and six others were wounded in a shooting in Oakland near Oakland’s Juneteenth celebration, police said. It wasn’t known whether the violence was connected with the event, police said.

The shooting occurred shortly before 6:30 p.m. about a mile north of the Lake Merritt Amphitheater, where about 5,000 people had gathered throughout the day to commemorate June 19, 1865, police said.

The other five victims, males ages 16 to 27, and two adult women were hospitalized in stable condition, police said.

Investigators said they were trying to determine a motive for the shooting and identify suspects. Police said two men running from the scene with guns were arrested, but it was unclear if they were responsible for the shooting, the Bay Area News Group reported.

Andrew Simpson was jogging near the lake when he heard gunshots, according to the report.

“Out of the corner of my eye I saw a guy with a gun pointing at a car. Everyone started sprinting and screaming,” Simpson told the Bay Area News Group.

Witnesses said some people ran into the water when shots rang out.

“Tonight a joyous occasion at our Lake Merritt was marred by a senseless act of gun violence,” said Oakland Mayor Libby Schaaf in a statement.

The Oakland Police Department and Crime Stoppers of Oakland are offering a reward of up to $40,000 for information leading to arrests.

The gunfire shortly before 2:30 p.m. Saturday hit two 23-year-old men multiple times, police said. Both were taken to Presbyterian Hospital by private vehicle and pronounced dead minutes later. The child was shot three times in the leg and was listed in stable condition at the hospital.

According to WTXF, two unidentified shooters are believed to have opened fire after exiting a white vehicle. They then fled the scene in the car.

Outlaw described the shooting as “disturbing and sickening,” according to the report.

“We should never tolerate violence against our children, as all of us – not just the police – are charged with the responsibility to keep them safe from danger and harm,” Outlaw said in an emailed statement to the local FOX station.

Later in the day, three others were shot at a graduation party around 7:30 p.m. The victims were two men, ages 18 and 21, and a 36-year-old woman, the report states.

Two people were killed and four others were wounded during a shooting early Saturday morning following a concernt at a Baton Rouge bar, according to a local report.

According to the report, numerous people opened fire after a dispute broke out between bar patrons after they left the property. The deceased victims were reportedly identified as Ladarius Alexander, 20, and 25-year-old Kyren Walton.

Five people were shot, one fatally, during an overnight Juneteenth party in Granger.

A large crowd of people was attending a “Juneteenth Summer Bash” around 4 a.m. Sunday at a shopping center in Granger when the shooting occurred, according to St. Joseph County Metro Homicide and local news station WSBT.

Police identified the victim as 26-year-old Victor Anthwan Kyle, Jr. The other four victims’ injuries were not considered life-threatening.

In a statement, St. Joseph County Metro Homicide Unit said a “very large crowd” had attended a party held in a bar at the shopping center and “multiple weapons were discharged.”

Further details, including the motive, were not immediately released.

One person died and four others were wounded in an early Sunday morning shooting during a gathering “related to a Juneteenth celebration,” according to police and the Denver Post.

According to the report, the crowd had gathered in a strip mall’s parking lot when shots rang out around 4:10 a.m. The Denver Post cited police in reporting that the group had begun to congregate in the parking lot after organizers of a Juneteenth-related event at one of the strip mall’s locations began denying people entry.

“At some point earlier in the evening the presumed organizers of the celebration began denying access to the unit,” police said in a statement obtained by the news outlet. “This led many attendees to gather in the parking lot.”

The victims were four men and one woman, police said. According to the report, one of the male victims ultimately could not be saved.

Police said the shooting was “possibly gang-related” and that investigators had recovered at least 114 shell casings were recovered as of Sunday.

At least three people were shot during a late-night Juneteenth celebration on Saturday, the York County Sheriff’s Office said in a related press release.

Sheriff officials said the shots “were fired during a Juneteenth celebration” around 11:30 p.m. at the intersection of Oakridge Road and Bellaire Circle. One of the victims was a 17-year-old boy, officials said. The ages of the other two victims were not provided.

Just 35 minutes earlier, a victim told police he, his wife, and their 8- and 11-year-old kids were leaving the same celebration when a road rage incident ensued.

“The victim tells Detectives that a car leaving the same Juneteenth celebration abruptly pulled in front of their car which nearly caused a collision,” authorities said. “The victim told Detectives he honked his horn and flashed his headlights at the car. Moments later, the suspect car pulled beside the victim and fired shots into the side of the car.”

No one was injured, but a bullet hole was discovered in the rear of the car where one of the kids was sitting.

A 19-year-old Michigan woman died after exchanging gunfire with a police officer who was controlling traffic near a weekend Juneteenth parade, authorities said.

The Flint officer was “fired upon by the lone occupant of a vehicle who drove up to him at the traffic point,” state police said. “Upon taking fire, the officer returned fire, striking the suspect.”

The woman was identified as Briana Sykes, 19, of Flint. No one else was injured Saturday.